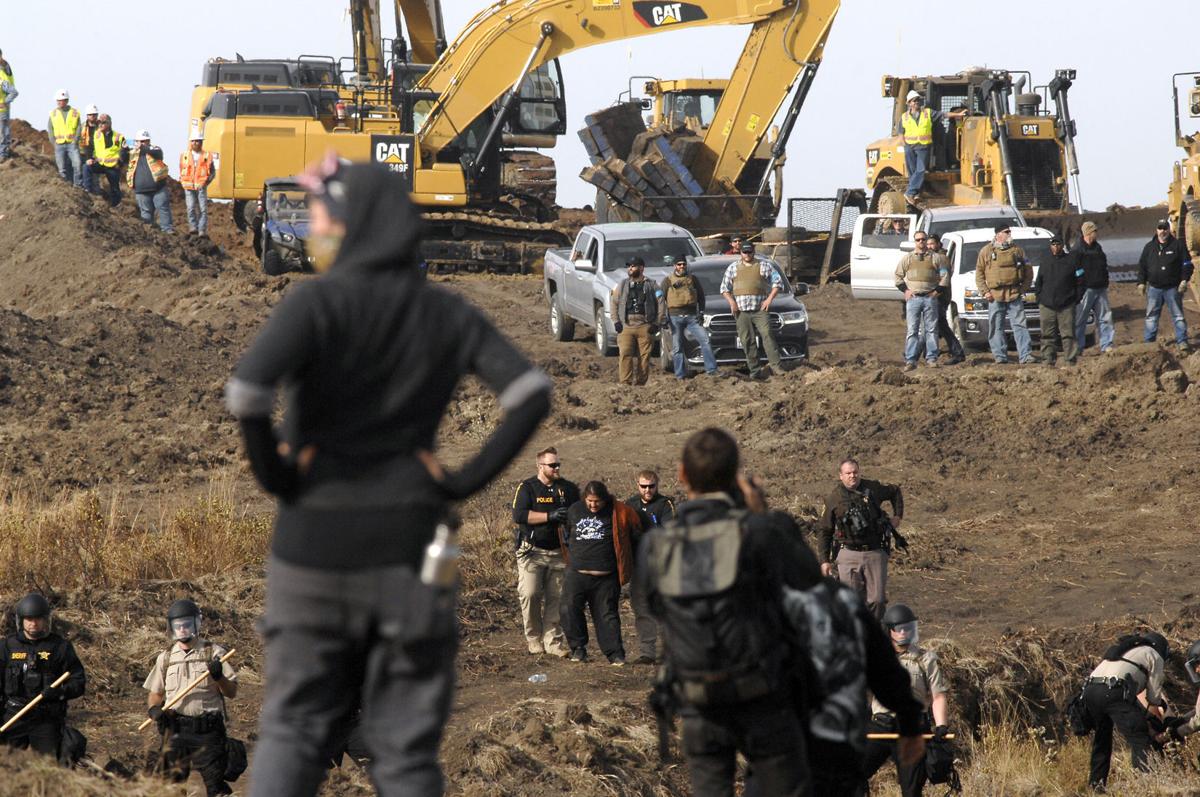 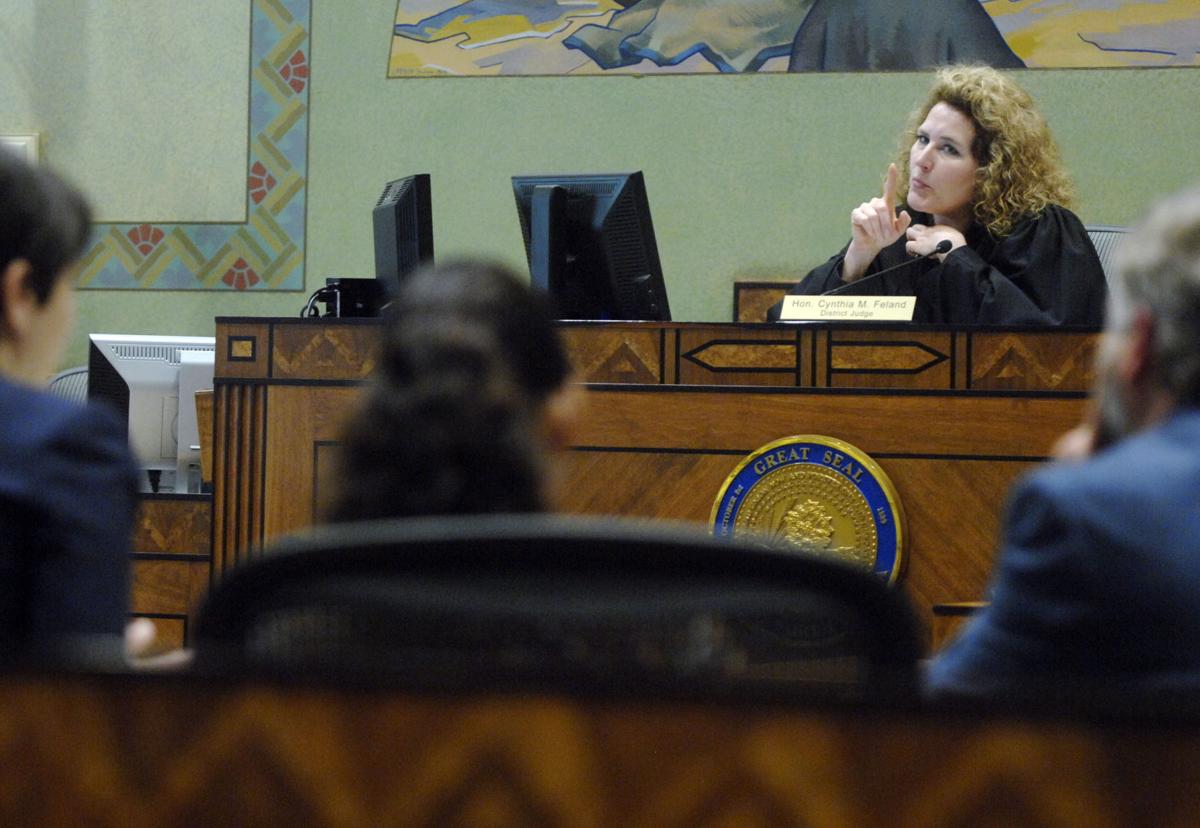 A state judge has ruled that thousands of documents related to security during the construction in North Dakota of the heavily protested Dakota Access Pipeline are public and subject to the state's open records law.

The Friday ruling by South Central District Judge Cynthia Feland is a victory for The Intercept news organization, which sued in November 2020 to get access to the documents for investigative journalism on the topics of "environmental justice, the treatment of Indigenous peoples and workers, and government efforts to suppress First Amendment-protected activities."

"It establishes clearly that records in possession of a public entity are public records -- absent any specific exemptions -- even if the person submitting those records didn’t intend them to be," he said. "It also establishes that agreements between companies about nondisclosure are only good between those companies, and does not affect those records once in the public domain."

It's unclear how quickly the documents will be publicly released, however.

TigerSwan gave about 16,000 documents to the board during a two-year battle over whether the company operated illegally in the state in 2016 and 2017, when thousands of pipeline protesters gathered in southern North Dakota and law enforcement made hundreds of arrests. That dispute culminated with an administrative settlement in September 2020 under which TigerSwan agreed to pay $175,000 to the board but did not admit to any wrongdoing.

The records became entangled in three lawsuits. Energy Transfer and subsidiary Dakota Access LLC sued the board in October 2020, seeking the return of what they consider to be “confidential, proprietary, and privileged documents” that are not public.

A lawsuit by Intercept publisher First Look Media Works Inc. accuses the state board of violating the law in refusing to release what the publisher believes to be public documents, which are sought by Intercept reporter Alleen Brown.

Energy Transfer and Dakota Access LLC also have gone to the state Supreme Court in a third lawsuit, attempting to intervene in the administrative case involving TigerSwan and the board, and prevent the public release of the records. The North Dakota Newspaper Association, the High Plains Reader and First Look filed a brief in that case as interested parties last month, urging justices "to protect journalists' ability to use the Open Records Act to inform their communities about matters of public concern."

Feland ruled in the first two cases. She concluded that Energy Transfer is not being deprived of its property because it has copies of the disputed records. She also said the company has not identified any specific provisions under state law exempting the documents from public disclosure.

"Rather, Energy Transfer simply alleges blanket privileges of attorney-client, trade-secret, and security of the public," Feland wrote, adding later that "Absent a specific exception, the Disputed Documents are subject to the open records law."

Energy Transfer attorney Jennifer Recine deferred a Tribune request for comment to the company, which did not immediately respond. Company attorneys late Monday asked Feland to put on hold the part of her ruling permitting public disclosure of the records while it appeals to the state Supreme Court.

First Look Media attorney Tim Purdon said Feland's ruling "is a complete victory for the board and First Look."

"Energy Transfer has held up these documents in three separate lawsuits over the course of a year," he said.

Feland did not provide The Intercept with immediate access to the documents, however. She stressed that her ruling answers only whether the documents are public and subject to the open records law. She denied First Look's request that she order the board to immediately hand over the documents.

Purdon said he and his client will be working with the board and the state attorney general's office -- the board's attorney -- to determine which if any of the documents are exempt from disclosure under state law.

Attorney general spokeswoman Liz Brocker declined comment on the process, saying, "We do not comment on pending litigation."

However, "I think it sets standard that will be followed statewide in dealing with these issues," he said, adding that "It establishes a methodology for making such determinations in the future about the public nature of such documents."

The Dakota Access Pipeline has been operating since June 2017, moving North Dakota oil to a shipping point in Illinois.

During its construction it was heavily protested by American Indian tribes and environmentalists who fear potential pollution. Energy Transfer and the U.S. Army Corps of Engineers, which permitted the line's Missouri River crossing just north of the Standing Rock Indian Reservation, maintain the project is safe. A legal battle surrounding the permitting process is ongoing.

The Intercept, which bills itself as a news organization seeking to expose corruption and injustice, has written articles critical of TigerSwan, accusing it of infiltrating protest camps and using military-style counterterrorism measures. TigerSwan has long maintained that it provided only consulting services that don't require a North Dakota license and that any actual investigative work occurred in North Carolina.

State-held documents related to the developer of the Dakota Access Pipeline and the company that handled security during construction are now entangled in two lawsuits.