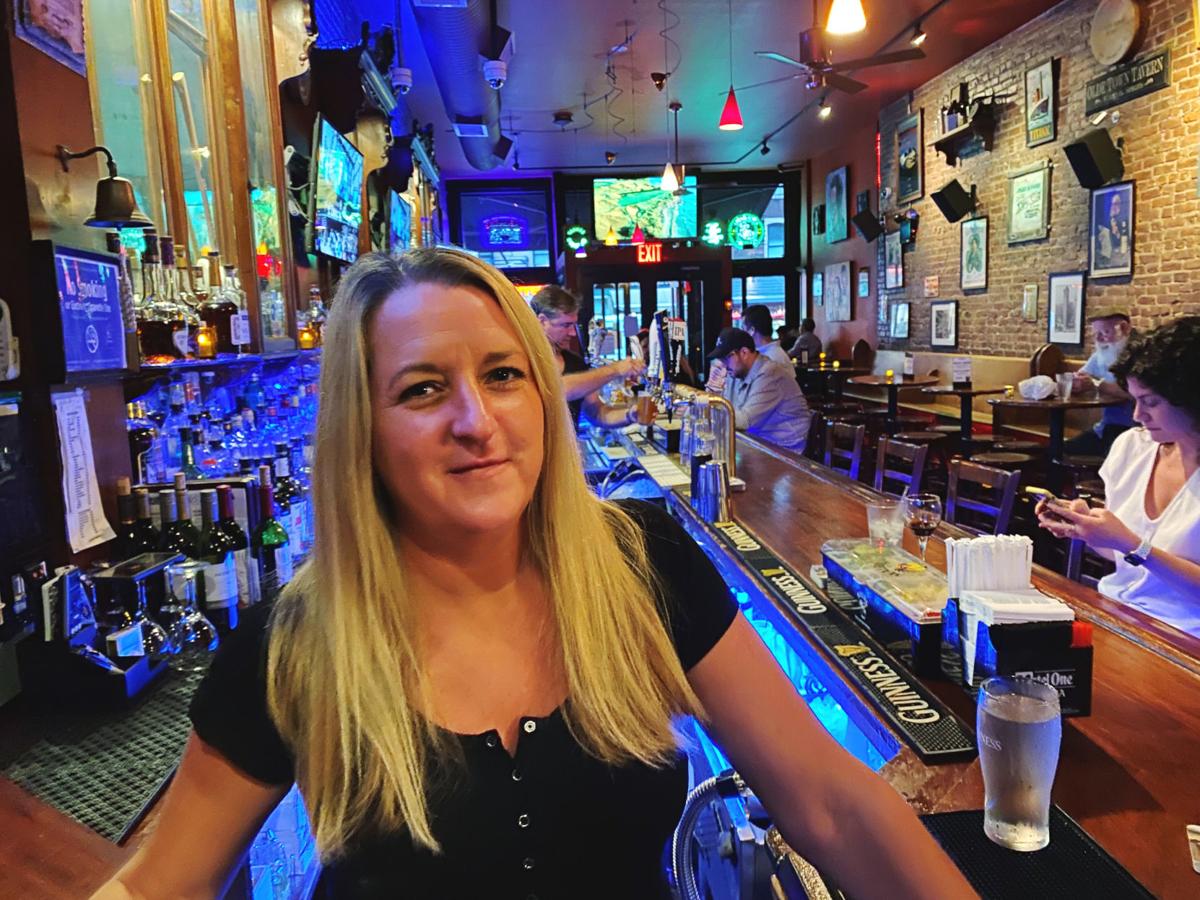 Caroline McGinley works at Rumour's Bar and Grille in New York. She's a native of Ireland and moved to the U.S. in 2005. Her grandmother was born in Lead, South Dakota. 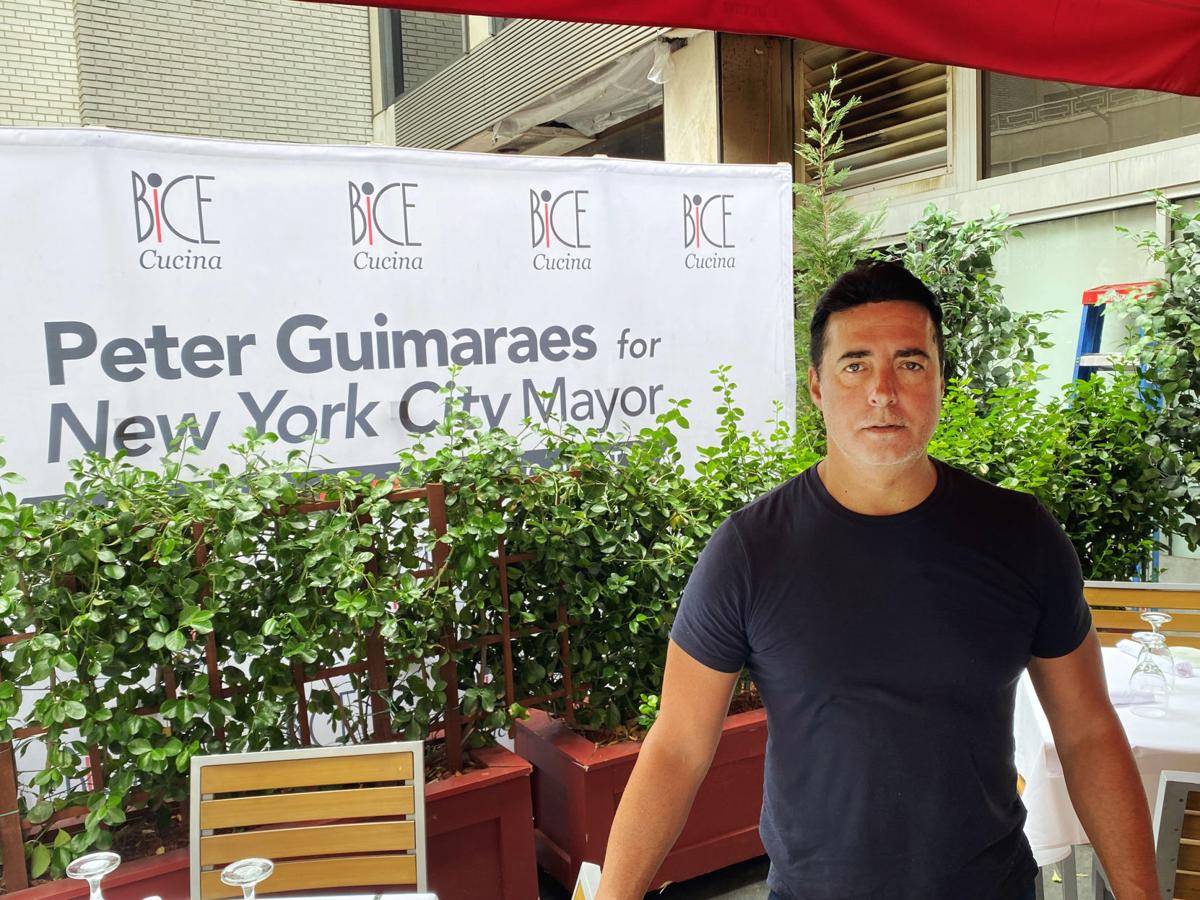 Peter Guimaraes owns Bice Cucina on West 55th Street in New York. His run for mayor of the city was stopped by a filing error, but he still shares his opinions about how the city should be run.

Curiosity, a sense of adventure, and a decision to let a 16-year-old pick our vacation spot recently landed my family in New York City. A few minutes into the Uber ride from the airport to our hotel, I realized we weren't in Bismarck anymore.

So I had to know the other perspective. I picked three people at random to see what enters their mind when they hear about North Dakota.

Their thoughts weren't surprising. But I'd like to know the odds that I'd run into a woman from Ireland who has family ties in South Dakota and how, in an area with millions of people, I'd eat lunch at a restaurant owned by a candidate for mayor of the Big Apple. And I felt fortunate to get an interview with a security guard at a morning news show, especially after he shooed me away from his patrol area.

About 210,000 people from New York visit North Dakota each year, according to estimates from the Tourism Division. That's roughly only 1% of the annual visitation. Conversely, more than 400,000 out-of-town visitors and 375,000 day trip visitors -- a total that's nearly the population of North Dakota -- are part of New York City's daytime population. For a few days in August, I was one of the former.

It took some convincing to get Caroline McGinley, 42, to visit with me. It was dinner time and she was busy waiting tables and tending bar at Rumour’s Bar and Grille on Eighth Avenue. She takes care of tourists, Broadway box office workers and an assortment of regulars.

In 2004 she visited her brother in the city. In April 2005 she “just decided to get up and leave” her home in Ireland.

“Where I’m from is a small town and just too quiet for me,” she said, adding that in the town of 15,000 “everybody knows everybody.”

North Dakota -- the “wide open plains” she once passed through on an Amtrak trip from Chicago to Montana -- isn’t really on her radar. It could become a vacation day trip if she ever visits South Dakota.

“I’d like to see where my grandmother was born,” she said.

That happened in Lead, South Dakota, in 1904. The family moved back to Ireland three years later, and her grandmother returned to Hell's Kitchen -- a neighborhood in Manhattan -- some years later. McGinley’s father was born in Ireland. His siblings were born in New York.

If you’re wondering, St. Patrick’s Day is still a special day in Ireland but “the parades are bigger here,” she said.

A restaurant called Bice Cucina is within walking distance of Rumour's. After a meal that included as good a lasagna as I’ve ever eaten (sorry, Mom), I asked if I could talk to the manager. As I waited, a Google search gave me some background on a banner that urged people to vote for Peter Guimaraes for mayor.

“I gotta take the sign down but it hurts too much to do it,” he said. He’d gathered the 10,000 signatures needed to place him on the ballot but the election board kicked out his application over a paperwork error.

“Everybody knows I’m running for mayor,” he said. “This is a real technicality bull----, so nothing we can do.”

Guimaraes, 50, was born in Europe, grew up in Connecticut and came to New York to open a nightclub called The Sound Factory. He now owns restaurants around the world and employs about 3,000 people.

He's not shy. He calls it like he sees it. He has opinions and doesn't mind sharing them. Had his run for mayor progressed, he would have addressed things such as bags of garbage in the streets, and what he called “a big scam” about scaffolding. Police issues get him fired up too.

“You only defund the police until the first time somebody robs you, stabs you or steals from you,” he said. “Then you’re going to be screaming for the police. It makes no sense. That’s people that are just too far left.”

Anyway, about North Dakota. He expects there’d be more room between people than in New York -- which is right -- and that the tallest building might be eight floors. Not too far off. The openness of the prairie could be an issue.

“When I’m out on my boat I like to see the land. When I’m on an elevator and it gets really tight I don’t wanna to be in there either,” he said. “So I don’t know what my issue is. I gotta find just the right balance.”

He’d have to research the state before visiting without a specific purpose, he said.

“If there was a need for an Italian restaurant in North Dakota and they wanted to have me come over and check it out, absolutely,” he said.

Dining and politics in North Dakota both would change if he makes that visit.

At Rockefeller Plaza, Freddy Beltran tends to a daily parade of people clamoring to see the celebrities of "The Today Show." He’s 41 and works as an explosives detection K9 handler. He and partner Tabitha -- a 7 ½-year-old yellow Lab -- scan big items and packages, clear the studios and work with people as they pass through security.

“Listen, I asked you nicely,” he’ll tell them. “You don’t want to get out of here? What else am I supposed to do? What do you want me to tell my boss? I can’t do my job? Fire me and get somebody else? I got a family to feed.”

Beltran grew up in New Jersey, traveled to several states while he was in the Marine Corps, then moved back to New Jersey. Life in the city is “extremely hectic” compared to other places he’s lived.

“You’re rushing all the time, working and going home and that’s it. It’s like you have no time off and you’re always stressing,” he said.

That’s at least part of the reason he’s retiring at age 55. He thinks of North Dakota as “countryside, super-low cost of living,” and someplace he’d like to visit -- but it’s not on his list of places he’d consider living in retirement. His reason is the one I expected to hear from all of them.

A road construction worker was killed in the eastern North Dakota community of Cooperstown when she was struck by a dump truck.

North Dakota's oil industry could soon have a second option for disposing of radioactive waste within the state, and a regulator sees potential for more facilities.

Case of DUI with kids in car moves toward trial

Caroline McGinley works at Rumour's Bar and Grille in New York. She's a native of Ireland and moved to the U.S. in 2005. Her grandmother was born in Lead, South Dakota.

Peter Guimaraes owns Bice Cucina on West 55th Street in New York. His run for mayor of the city was stopped by a filing error, but he still shares his opinions about how the city should be run. 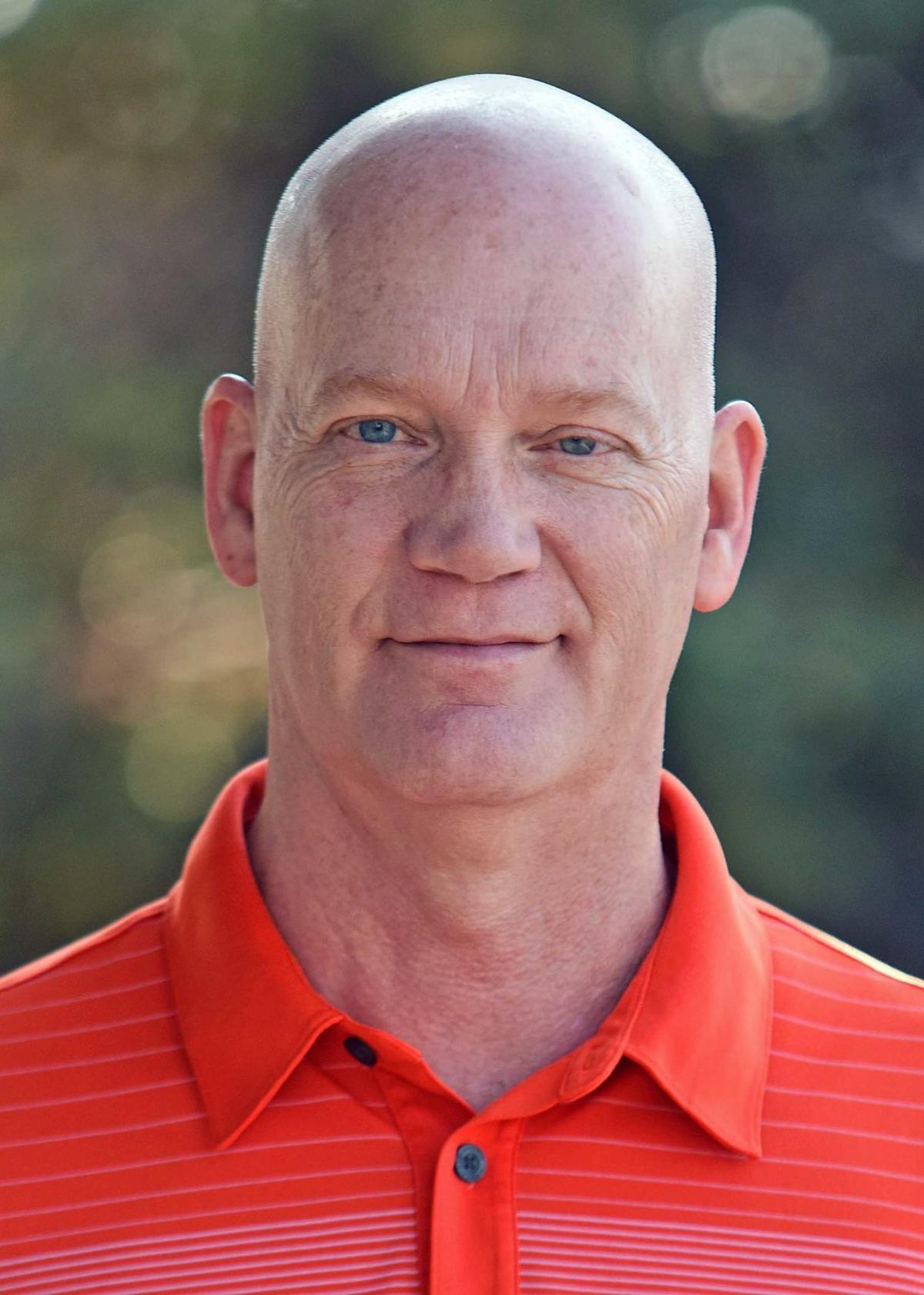 Travis Svihovec is a reporter for the Bismarck Tribune.