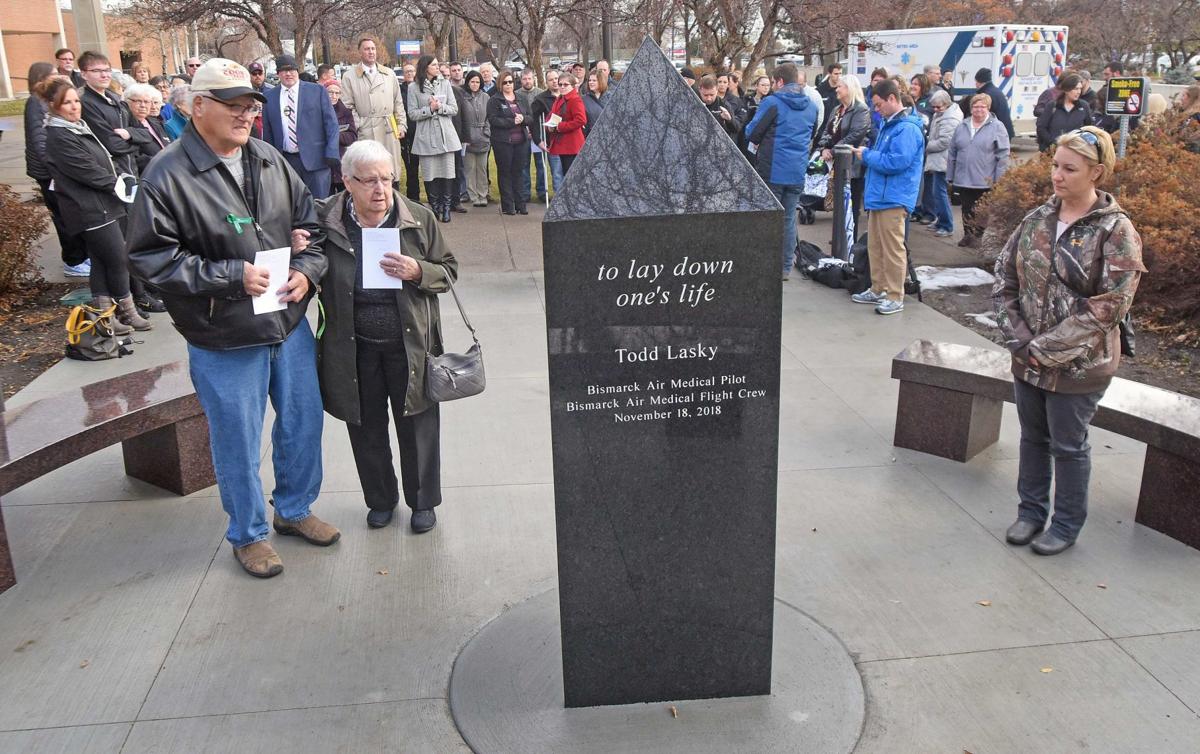 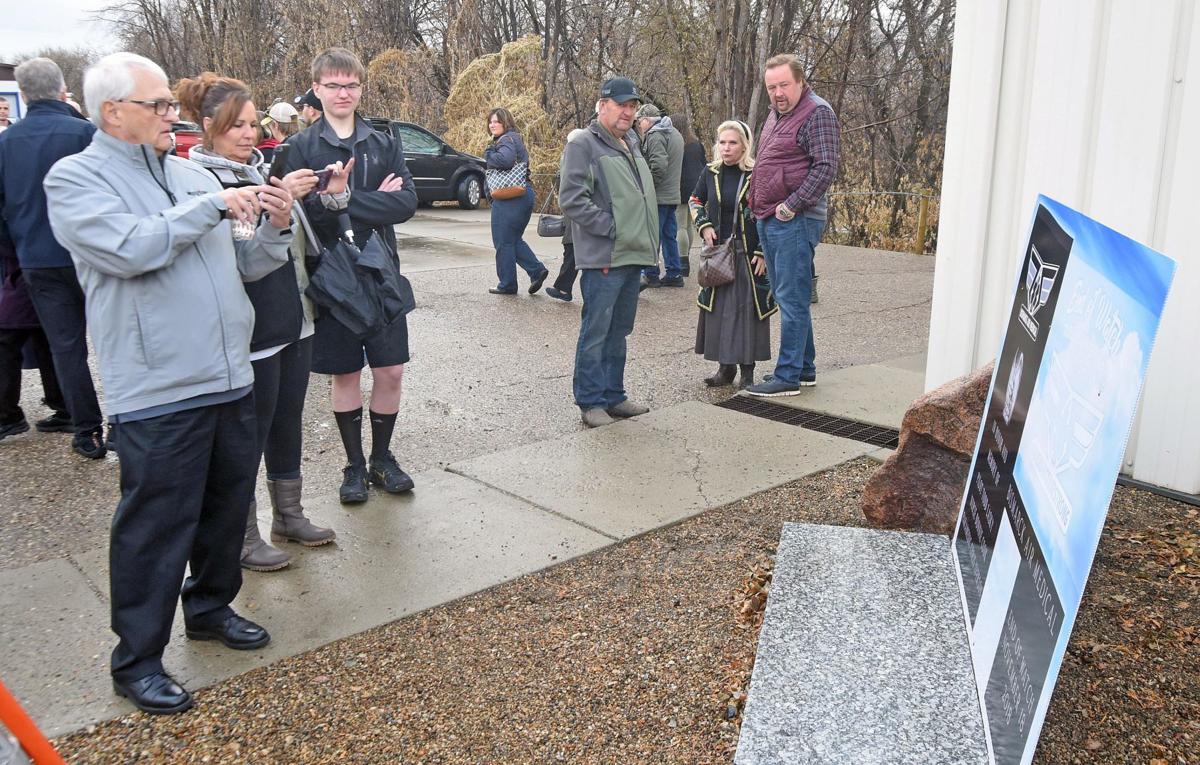 Three people who died in the crash of an air ambulance in Morton County a year ago were remembered Monday in two private ceremonies.

CHI St. Alexius Health unveiled a monument memorializing hospital nurse Bonnie Cook, 63, Metro Area Ambulance paramedic Chris Iverson, 47, and Bismarck Air Medical pilot Todd Lasky, 48. The three-sided granite obelisk is engraved with the names of the victims. Metro Area Ambulance in a separate ceremony unveiled a temporary marker where a permanent memorial will be placed outside of its building.

The three people were on their way to pick up a patient in Williston on Nov. 19, 2018, when the twin-engine airplane they were in crashed in a field about 20 miles northwest of Bismarck. Wreckage was scattered over an area 1 mile long and 600 feet wide in a snowy field northwest of Harmon Lake in rural Morton County.

The Sheriff's Office, Civil Air Patrol and Air Force Rescue Coordination Center based at Tyndall Air Force Base in Florida located the crash scene early the next day. An analysis by the Air Force team indicated the Cessna 441 turboprop might have broken up at about 14,000 feet. The plane sent out no distress signals.

The National Transportation Safety Board is still investigating the cause of the crash.  The board's preliminary report, released two weeks after the crash, ruled out a fire or explosion. Authorities have said the plane was not struck by anything, and weather is not believed to have been a factor.

About 150 people turned out for Monday's memorial events.

One year since an air ambulance crash that killed all three people on board, the cause of the crash remains unknown. Memorials will mark the anniversary today.

Three die in air ambulance crash near Mandan, cause of crash under investigation

A forthcoming final report of the 2018 Bismarck Air Medical crash could provide a probable cause for the tragedy that killed all three people aboard.