Walter Mondale, liberal icon who lost in landslide, dies at 93

Mark Ruffalo: ‘Each time they hit us, they lose’
Share this
{{featured_button_text}}
1 of 2 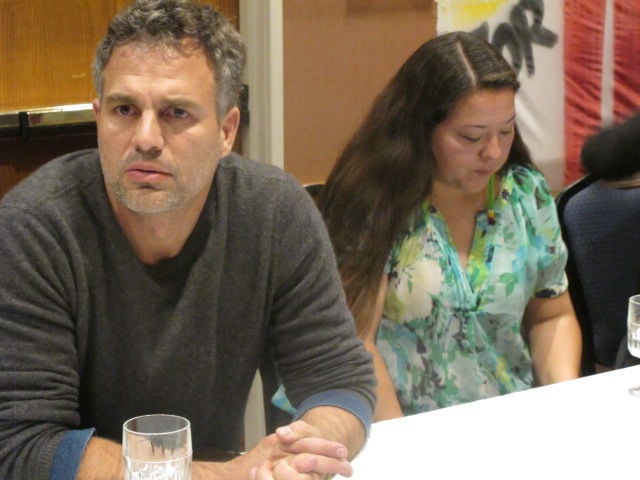 Actor Mark Ruffalo was part of a panel discussion at the Standing Rock Sioux Reservation on Tuesday night, along with Kandi Mossett, an environmental organizer from the Fort Berthold Indian Reservation. 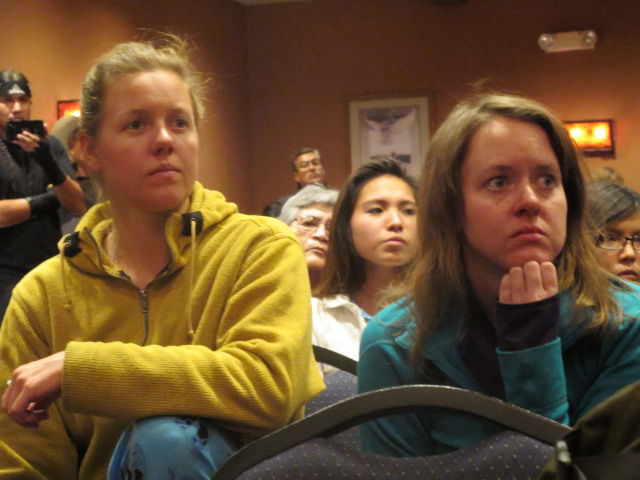 PRAIRIE KNIGHTS CASINO -- The anti-Dakota Access Pipeline movement attracted yet another big name this week as actor Mark Ruffalo spent a couple of hours Tuesday in front of a standing-room-only crowd talking about renewable energy and pipeline politics.

More than 260 protesters have been arrested since August, most of them on Saturday as the protest encampment moved onto the actual pipeline route. Leaders claimed eminent domain on treaty lands, though the location is just north of the Standing Rock Sioux Reservation. About 60 to 80 tents and teepees are set up on the new camp just east of N.D. Highway 1806.

Ruffalo, dressed in an unassuming gray sweater and jeans, took the microphone and acknowledged his personal fear of what could happen. “They are very antagonistic to people trying to save their water, they’re made out to be criminals. But each time they hit us, they lose. The more quiet and serene we are in the depth of that violence, the faster we win,” he said. "That’s where our strength is: We’re right and they know we’re right. It’s scary. I’m scared, but when we come together our fear drops."

He said the world must take an evolutionary step away from fossil fuels, and the time is right. “What else can we do, let them poison us to death?”

He said he was humbled to be among the Standing Rock Sioux and other tribes at the heart of the pipeline movement. “I’m a white guy, and I see such deep pain having to live under this system and survive this for 200 years. I’m sorry. I’m really sorry,” he said, “Black, white, Indian, brown, yellow -- the whole world is coming together to give back what we’ve taken.”

Ruffalo, fresh off his lead role as an investigative journalist in “Spotlight,” brought star power to the banquet room at the Prairie Knights Casino. The room quickly filled with more than 300 people, many of whom traveled from one of several pipeline protest encampments just down the road.

He backed up his beliefs in a fossil fuel-free future with a donation of solar panels to people living in the main overflow camp near the pipeline route. He said he would present them Wednesday morning.

Ruffalo said he was glad the world could watch what’s happening on Standing Rock.

The panel also became a testimonial to the power of the protest, with words from Chase Iron Eyes, tribal member and congressional candidate. Iron Eyes said even though North Dakota is operating with a playbook that’s 45 years old, the movement is happening whether the state wants it or not.

“This is the last call out to humanity. We’ve got to find something different; the carbon economy is just not going to work,” Iron Eyes said.

Bobbi Jean Three Legs described youth from Standing Rock running to Omaha, Neb., and to Washington with petitions opposing the pipeline. “Even when we were alone on the road, we weren’t alone,” she said. “It’s crazy, how big this is getting. Thank you for coming to save our home. When this fight is over, we’ll come and fight with you,” she said.

Kandi Mossett, an environmental organizer from Fort Berthold Indian Reservation, said the anti-Dakota Access movement is more than just a one-pipeline fight. “It’s a system fight across the country,” she said. Mossett said she lives alongside the production of Bakken oil, which would flow through the pipeline, and said it’s oil tainted with death and drugs even before it reaches the Missouri River.

Dallas Goldtooth, an organizer with the Indigenous Environmental Network, said a multibillion-dollar industry is being broken with prayers and human bodies. “Dignified rage does not go unnoticed; the beautiful thing is that the movement, the prayer, the love is contagious,” he said.

Actor Mark Ruffalo was part of a panel discussion at the Standing Rock Sioux Reservation on Tuesday night, along with Kandi Mossett, an environmental organizer from the Fort Berthold Indian Reservation.