In an attempt to ensure better monitoring of precipitation across the Upper Missouri River Basin for flood control, the Army Corps of Engineers is studying the creation of a new network of weather stations.

“Certainly this type of thing is unique,” said climatologist Nathan Edwards, who oversees South Dakota’s network of weather stations. “It has a lot to do with three things contributing to flooding: saturated soils, frozen soils and snow. A lot of what this focuses on is soil moisture and snow monitoring.”

Test stations for proof of concept are being upgraded in Bozeman at the Montana State University campus; in Sheridan, Wyo.; and in Brookings, S.D. Once the systems and equipment have demonstrated their capability, the Corps is proposing to install 360 similar stations at a cost of more than $31,000 apiece.

The details of the study and proposed network are contained in a draft environmental assessment for updating the three soil moisture and plains snowpack monitoring stations.

The proposed update and expansion of the monitoring network was triggered by the 2011 flood on the Missouri River, a record-shattering spring that saw the “largest volume of flood waters since the initiation of record-keeping in the 19th century,” according to the U.S. Geological Survey. “The high levels of runoff from both snowpack and rainfall stressed the Reservoir System’s capacity to control flood waters and caused massive damage and disruption along the river.”

“Following the 2011 flood event on the Missouri River, the Corps and an Independent Review Team comprised of academic expertise and officials from various federal agencies, determined that the Corps substantially underestimated the wet soil conditions in the plains and the plains snowpack in its water supply forecasts,” according to the environmental assessment.

There are about 180 existing sites that collect weather data for the Upper Missouri River Basin. Adding another 360 sites across five states — the other two states are North Dakota and Nebraska — would “provide the necessary quality of data to better inform runoff forecasting,” the EA stated. In addition, 30 of the existing 180 sites would be retrofitted with new equipment.

Edwards said each state would analyze the data from its network of weather stations before passing it on to the National Oceanic and Atmospheric Administration. The federal agency would run the data through its weather models to create snow water equivalent estimates to be passed on to the Missouri River Basin forecasting center.

Last year at South Dakota State University Edwards and his colleague tested different instruments and measurement techniques to find the best equipment for installation at the test sites in Bozeman and Sheridan.

The MSU facility will “require the installation of an entirely new monitoring station as no station currently exists.” The existing University of Wyoming station near Sheridan has soil moisture sensors but needs other equipment to bring it up to standards.

In addition to the proposed sites, the environmental assessment said the restoration and maintenance of snowpack monitoring sites, such as SNOTEL, and streamflow gauges would also be imperative.

In 2013, to save money, the USGS planned to shut down some of its streamflow gauges in Montana, but the state stepped in to keep them running.

One of the most difficult measurements the climatologists have wrestled with in designing the stations has been measuring the amount of moisture in snowfall. The most accurate method is to have a person measure the snow depth at several locations, since snow depth can vary.

Without manual measurements the next best system was to use stakes and sonic snow depth sensors at several spots around a site. Cameras will be installed as backups to the sonic sensors. 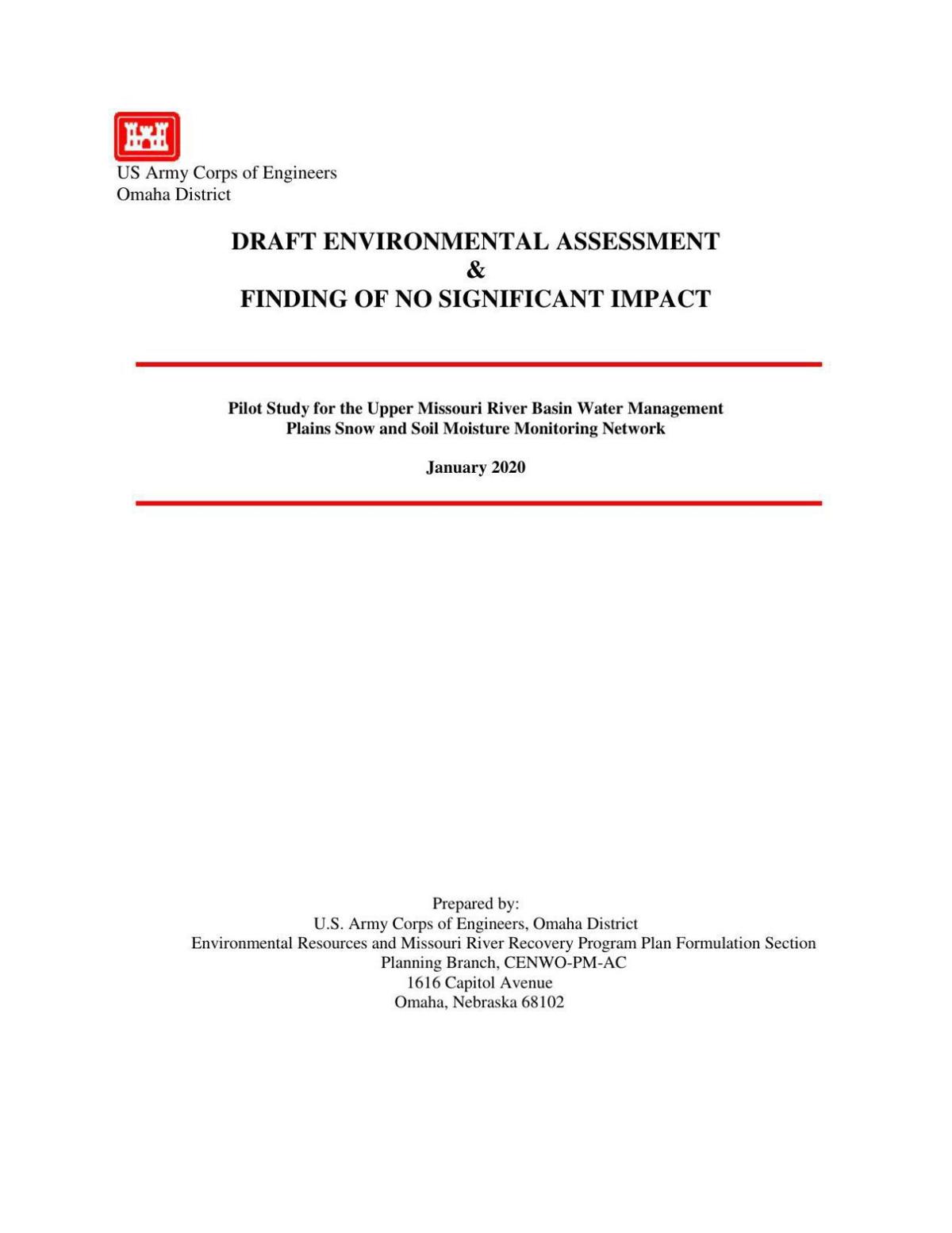 Constructing the new network of stations would not only benefit the Army Corps of Engineers for its flood forecasting and management, the agency stated, but would also be available to other local, state and federal agencies for drought monitoring, water supply forecasts and fire hazard reporting.

“With an increase in quality and quantity of data, managers may better forecast and offset potential flooding events.”

The U.S. Army Corps of Engineers isn’t predicting a heavy runoff this spring at 36.3 million acre feet, almost half of the record-setting 2011 spring flow, but that prediction is complicated by the fact that much of the Upper Missouri River Basin already has soil moisture levels well above normal.

“Generally, when soil moisture is high during the winter, the potential for high March-April runoff is much higher,” according to the Corps’ January forecast. How high runoff will be in March and April will “depend greatly on the accumulation of plains snowpack over the next two to three months.”

The public can comment on the draft environmental assessment, which is available at: https://www.nwo.usace.army.mil/Missions/Civil-Works/Planning/Project-Reports/. Comments can be mailed to: U.S. Army Corps of Engineers, Omaha District; CENWO-PMA-C; ATTN: Rebecca Podkowka; 1616 Capitol Ave.; Omaha, NE 68102-4901. Comments can also be emailed to: cenwo-planning@usace.army.mil. Mail must be postmarked or received no later than Feb. 10.

ARLINGTON, Ore. — A chemical waste landfill near the Columbia River in Oregon accepted hundreds of tons of radioactive fracking waste from Nor…

Owner Great River Energy says it has not made a decision to shut down North Dakota's largest coal-fired power plant.

North Dakota’s oil production may peak within five years as companies finish drilling the most prolific portions of the state’s oil patch, sta… 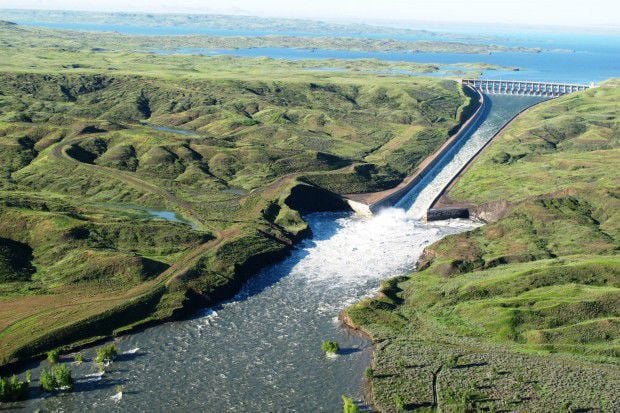 The Fort Peck Dam spillway had only been used four years prior to 2011’s historic high water, which set a record. 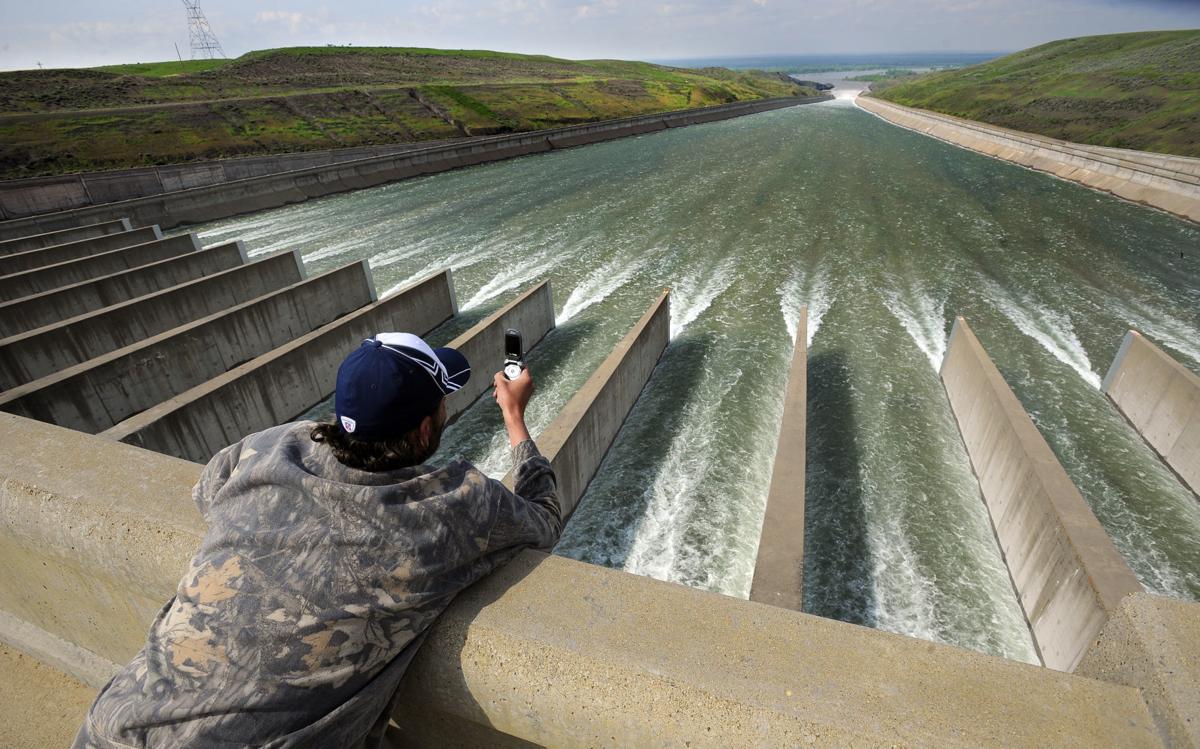 Scott Wilemon takes pictures of the Fork Peck Dam spillway in 2011 as the water released from Fort Peck Reservoir ran at a historic high. 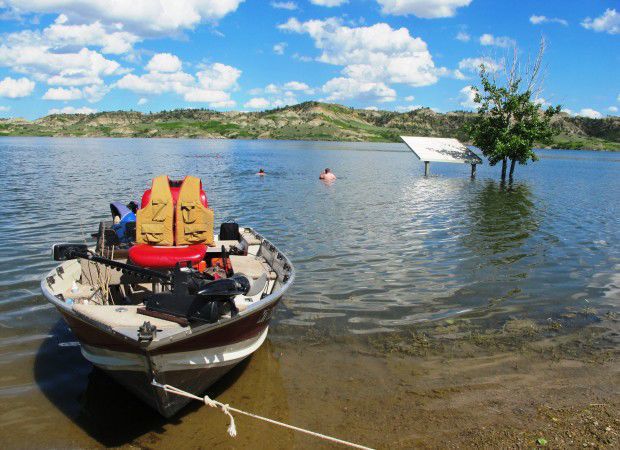 Mike, Ray and Joe Guza, along with Doug Long, take a swim in Fort Peck Reservoir at Milroy's Cove in 2011. Flooded by record high water, a shade shelter poked above the lake 30 yards from shore.