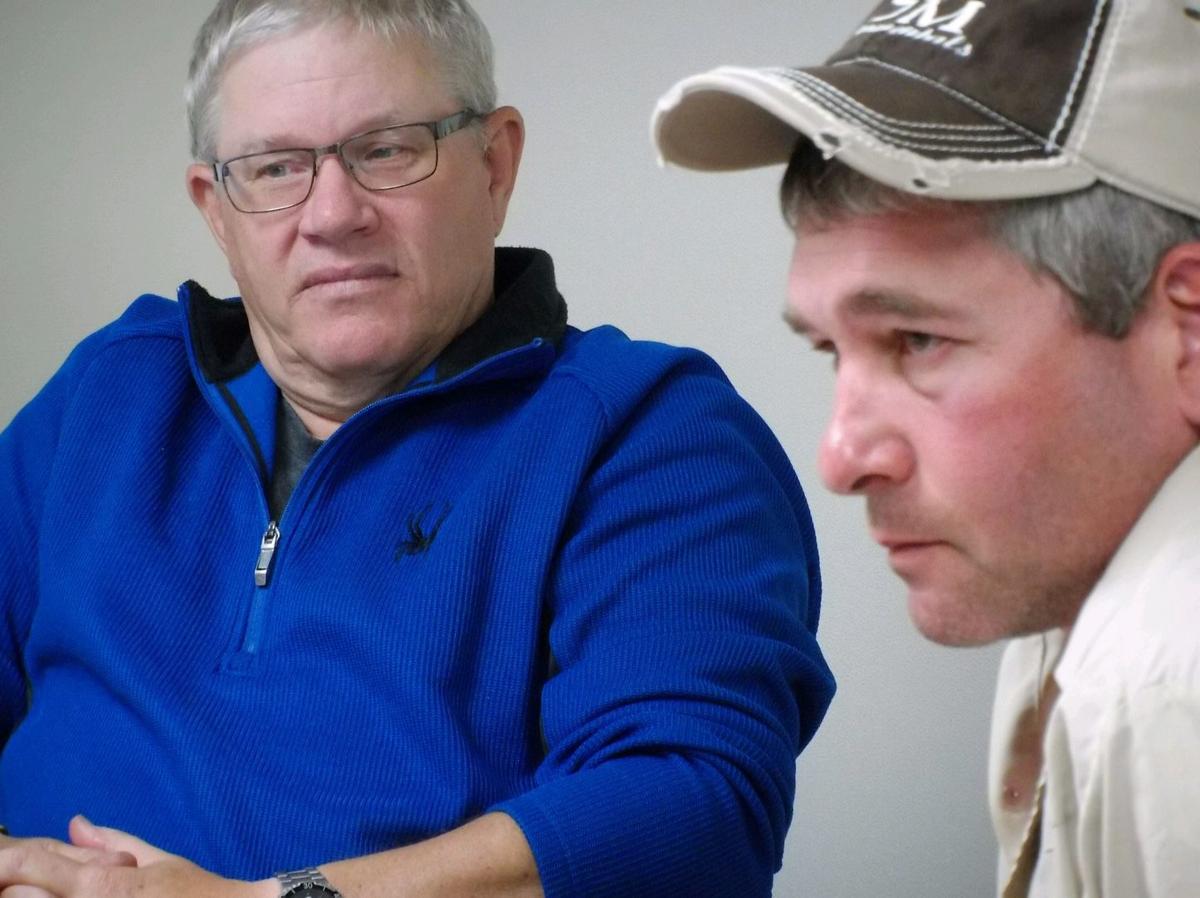 Leith Mayor Ryan Schock, right, and Grant County Commissioner Miles Stoller attend a meeting in June where a special election was set to dissolve the city of Leith. That election has been moved to fall. 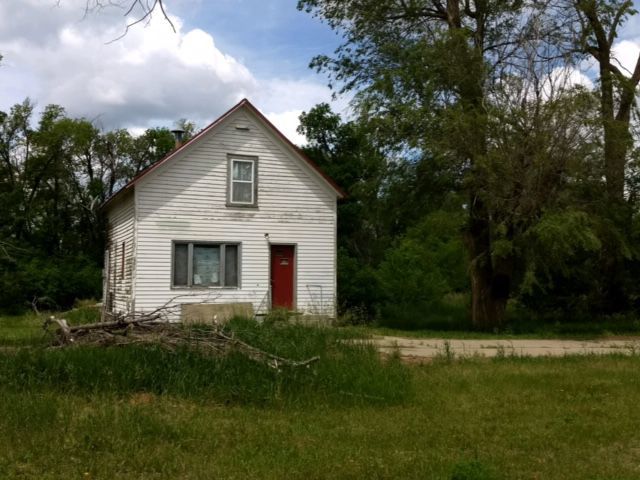 This is the corner house that white supremacist Craig Cobb owned while he briefly lived in Leith and tried to orchestrate a neo-Nazi takeover of the town’s government. Surrounding trees still bear red, spray-painted Nazi swastikas, fading now after almost five years.

LAUREN DONOVAN Special to the Tribune

LEITH — Leith Mayor Ryan Schock would rather dissolve his town’s government than take a chance that two write-ins to the town’s council could rekindle antagonism from the town’s brief, but vicious, brush with white supremacy.

So this week, he went door to door in the tiny Grant County village and collected 12 signatures to petition for dissolution. On Wednesday, the Grant County Commission accepted the petition and set a date of July 23 for a special election, when the 18 people who voted in the town’s city election will decide whether to give up their incorporated status and turn their official affairs over to the county.

Schock said he fears that Michael Bencz and Deby Nelson, who live together and were elected with 10 and nine write-in votes respectively, could reopen old wounds left from when notorious white supremacist Craig Cobb tried to take over the town in 2013. He said, for all he knows, the couple might make “great” council representatives, but he’s tired of being stuck in the middle of it all.

Bencz has denied any association with Cobb’s ideas. However, but he did buy a Leith property from Cobb and showed up from Wisconsin just as Cobb started a national call out for like-minded racists to help take over the town and fly flags bearing the Nazi swastika.

Until then, Cobb, now 67, was seen as an odd but reclusive man, living in a small corner house and working seasonally as a flagger for highway crews.

The mayor said he hopes dissolving the town’s government will be the end of the Cobb legacy and of the division in Leith.

"Hopefully, it will go away. Nobody can take over the city government without a government,” he said.

Bencz declined to comment Wednesday, saying he didn’t yet know anything about the petition or upcoming vote for dissolution. He and Nelson were elected June 12 and had not yet been sworn into office.

Grant County Commissioner Miles Stoller said he was caught off guard when the Leith petition showed up on the county agenda.

“I thought it was all put to bed, but obviously not,” he said. “It looks like we’re going to be the new mayor of Leith. It’s sad that it’s coming to this.”

Cobb was jailed for terrorizing Leith residents and came off of a four-year probation in April. A condition that he stay away from Leith expired with his probation.

Paul Ferrie lives in Leith and ministers the Grace Reform Church of the Lord Jesus in nearby New Leipzig.

Ferrie said he cast write-in votes for Bencz and Nelson because he likes both of them and is convinced they are not Cobb sympathizers. He also signed the petition to dissolve the town that came around a week later.

“I really like everyone in town, and I’m not just saying that. But some of us don’t get along with the rest of us and I hate that as a pastor,” he said.

Ferrie said a lot of the division goes back to what Cobb stirred up in his months-long reign of racism. Both Ferrie and his wife were approached by Cobb when he, armed with a loaded gun, went on what was described as his terrorizing spree the day of his arrest in late 2013.

He hopes the dissolution will salve those old wounds.

“I’ve prayed for a long time for harmony in town,” Ferrie said.

Schock told the commission the Leith council will spend down the few thousands in its coffers on gravel for its dirt streets and withhold enough to cover the special election. The city does pay for a few street lights and those would be turned off unless property owners will pony up to keep them burning.

If the dissolution goes through, he encouraged the commission to retain the special assessments for mowing and maintenance that have been tacked on to three Leith lots that Cobb had previously deeded over to other white supremacists. If the assessments and taxes remain unpaid, as they have been, ownership will convert to the county.

“That’s the last thing I wanted to get cleaned up,” Schock said.

The special election would end more than a century’s worth of self-determination for a town that incorporated in 1915, though its heyday was much shorter than its long decline toward a small, green-leafed village with a few occupied homes.

Schock was re-elected to his fifth four-year term, but it appears now he may not govern nearly that long.

“We have to dissolve the town because that idiot (Cobb) showed up. He wanted control of it, and now he can’t have it,” Schock said.

State Rep. Jeff Magrum is making a bid next year for the open Senate seat in the new District 8.

Two court cases stemming from the largest oil field spill in North Dakota history have wrapped up with the sentencing this week of a pipeline company that pleaded guilty to criminal charges.

A new analysis of state-owned minerals puts their value at $2.4 billion, nearly $1 billion more than an estimate provided last year amid the oil downturn brought on by the coronavirus pandemic.

Leith Mayor Ryan Schock, right, and Grant County Commissioner Miles Stoller attend a meeting in June where a special election was set to dissolve the city of Leith. That election has been moved to fall.

This is the corner house that white supremacist Craig Cobb owned while he briefly lived in Leith and tried to orchestrate a neo-Nazi takeover of the town’s government. Surrounding trees still bear red, spray-painted Nazi swastikas, fading now after almost five years. 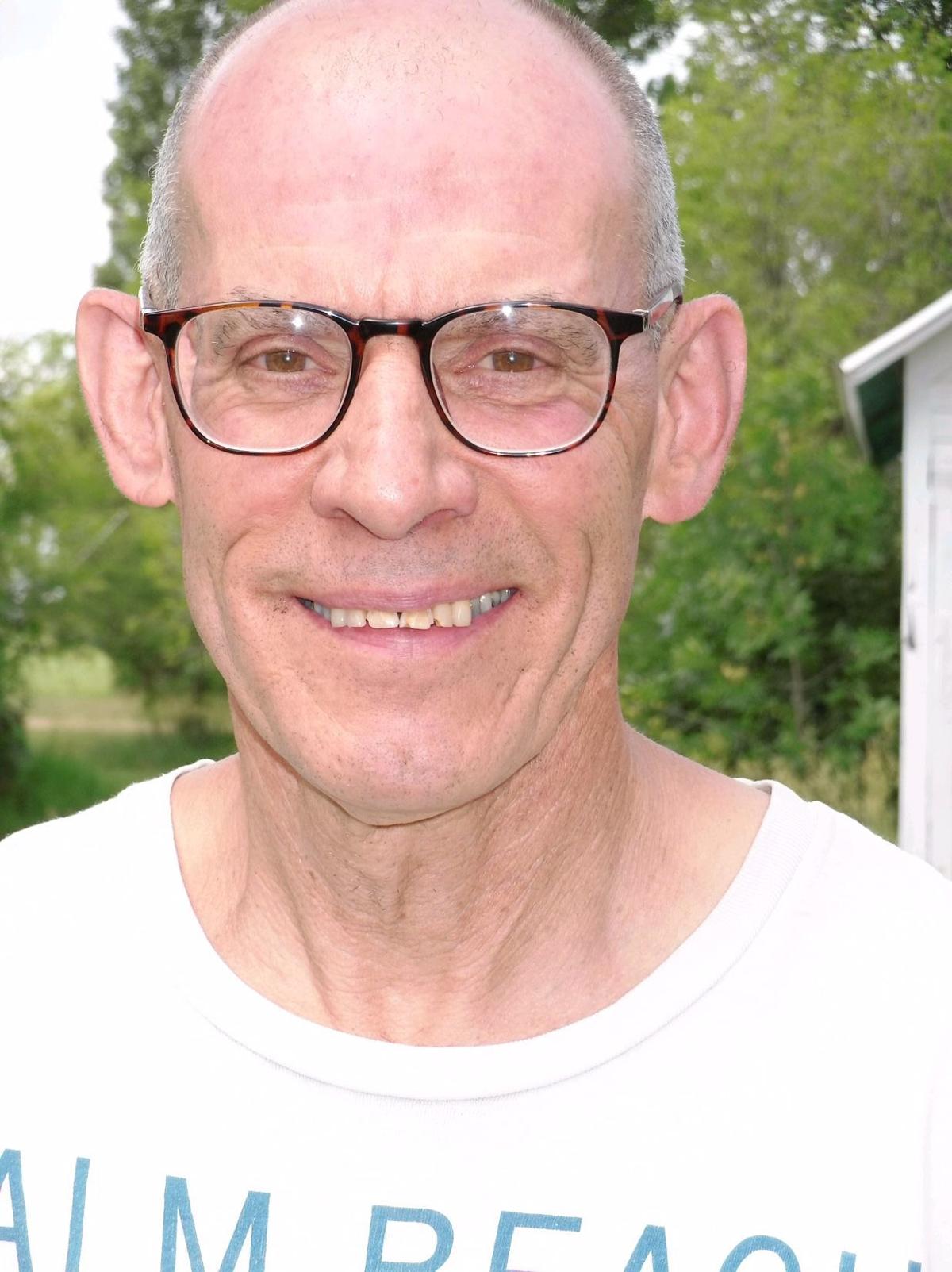