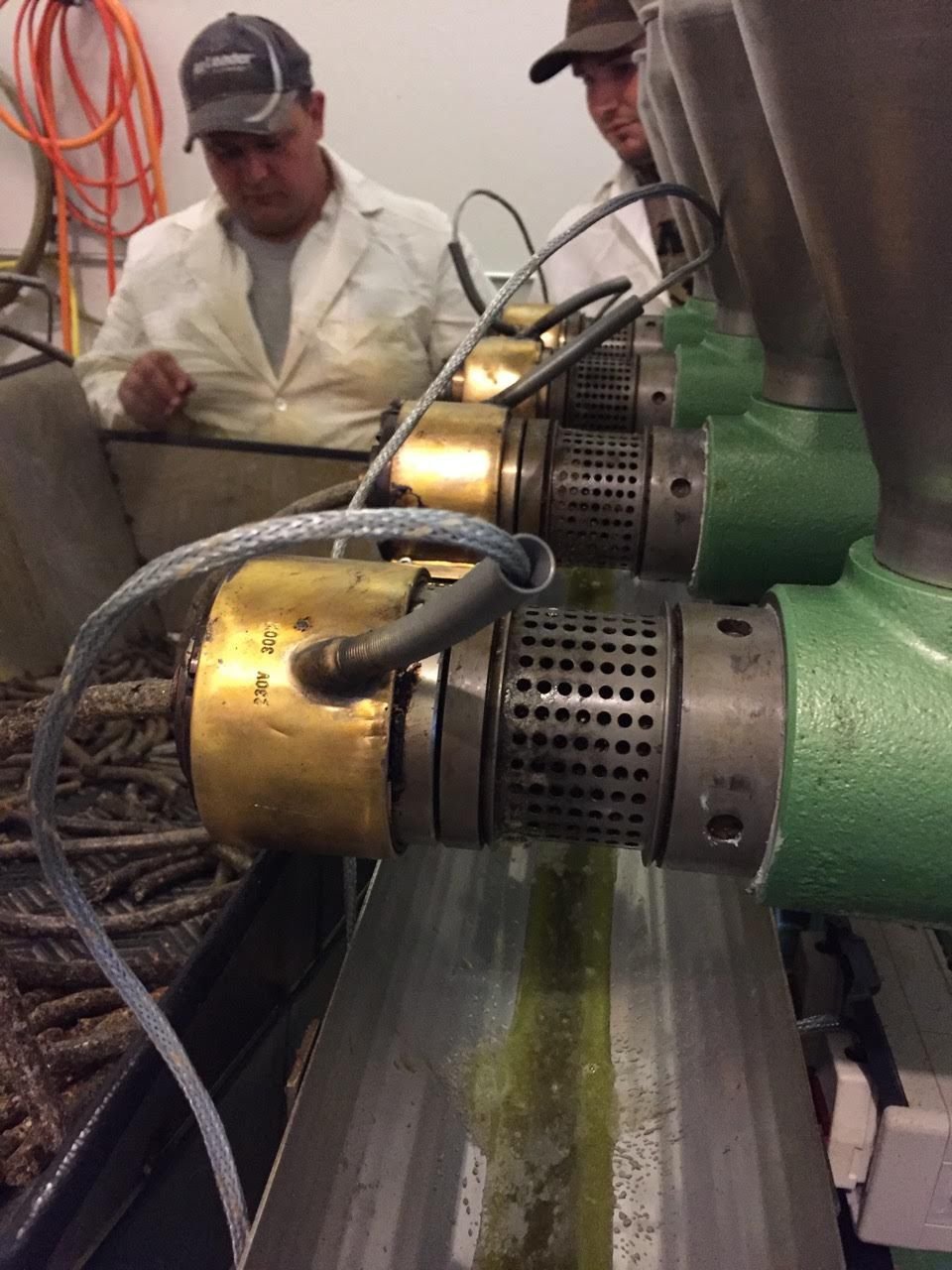 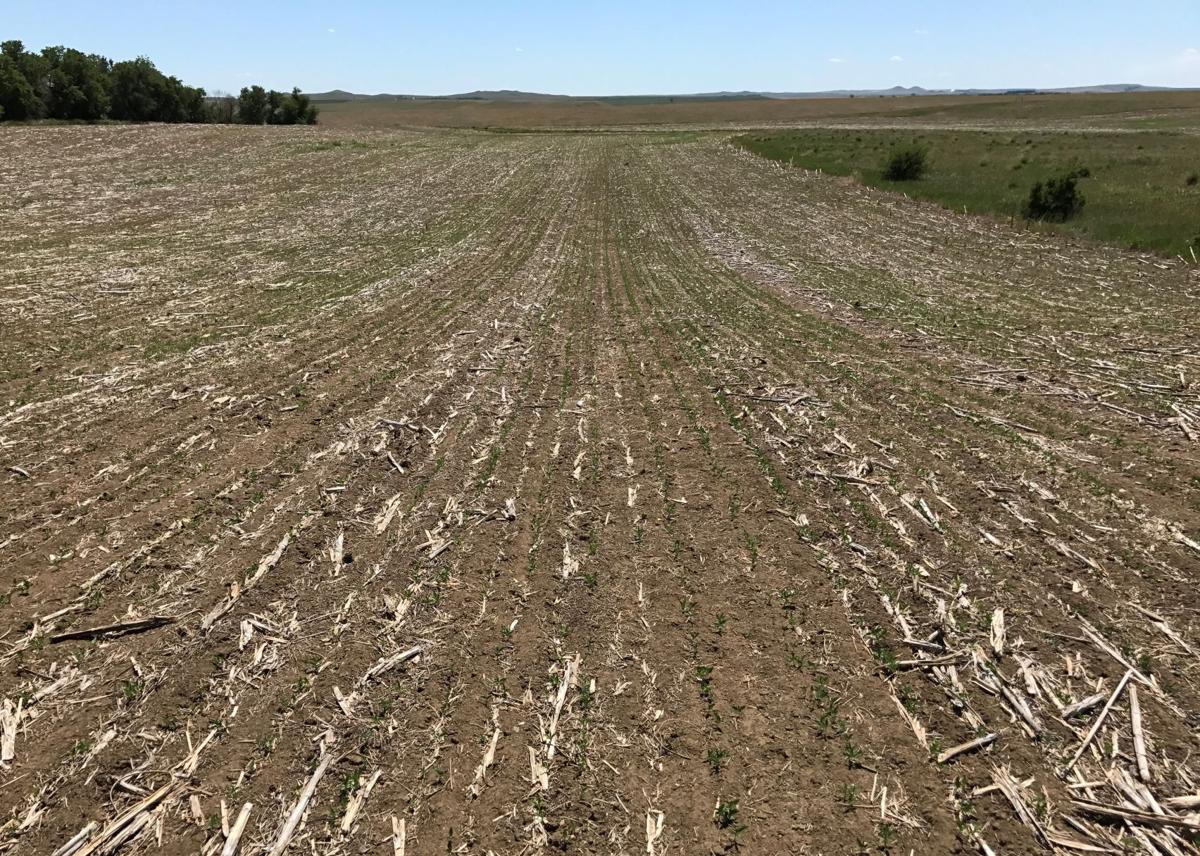 A hemp field at the Laub farm near Elgin. 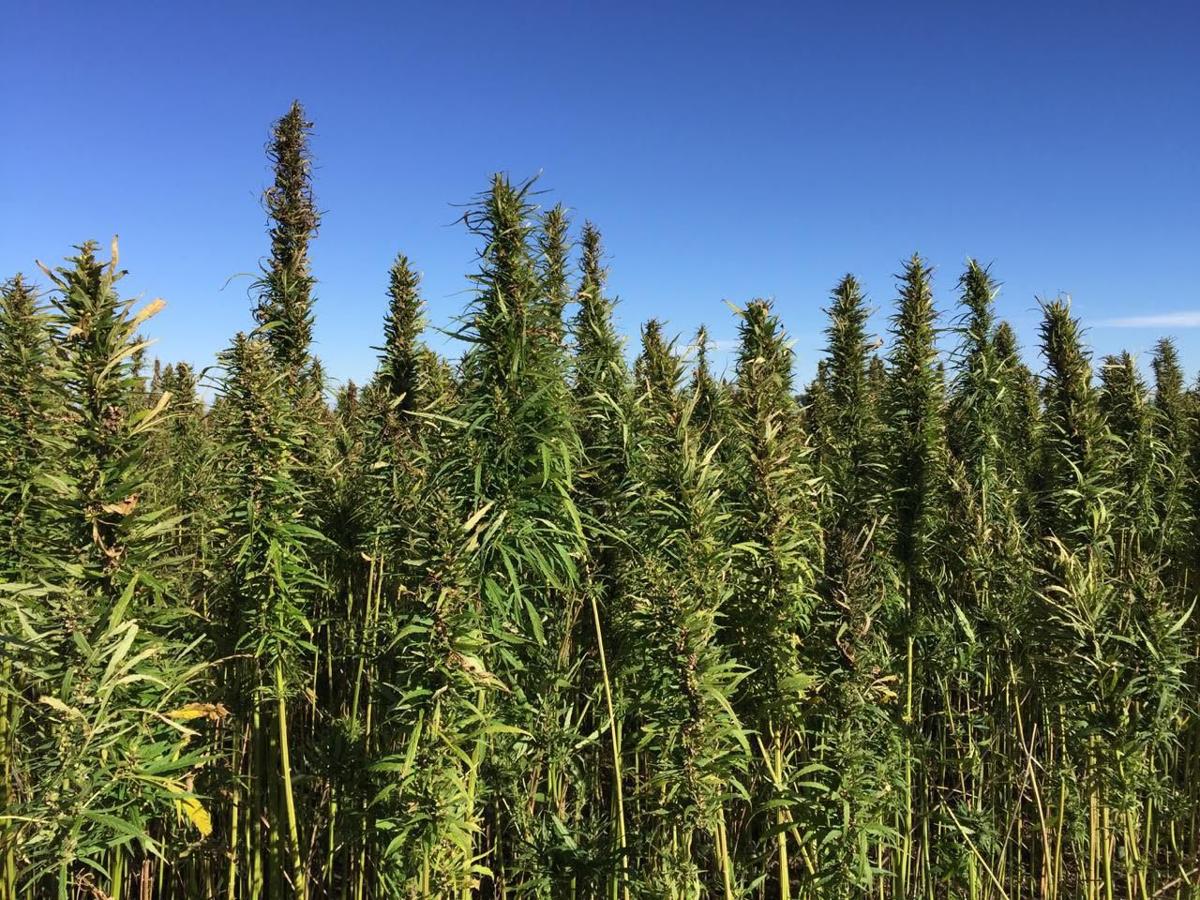 A field of hemp grows in North Dakota in August 2016. As North Dakota's hemp industry soars, legal questions have kept producers from making one of the crop's most desirable derivatives.
CAROLINE GRUESKIN and JESSICA HOLDMAN Bismarck Tribune

As North Dakota's hemp industry soars, legal questions have kept producers from making one of the crop's most desirable derivatives.

That product is cannabidiol, or CBD, a non-psychoactive substance derived from cannabis plants, which has been said to help people with seizures and anxiety.

The Drug Enforcement Agency considers most CBD to be a Schedule I illegal drug, and bottles were recently seized from stores in Bismarck and Watford City, where the owner faces felony charges for selling it.

“It has some great effects to it,” said Clarence Laub, a hemp producer near Elgin, who considered producing CBD oil. “With the (Schedule 1) classification, I won’t go near it.”

There is a lot of confusion and disagreement about the legal status of CBD.

According to a letter from the DEA to the attorney general's office, the substance is illegal. But according to a spokesman from the agency, the problem with CBD isn't the substance itself. Rather, it's that most of the available product comes from "clandestine manufacturers," who are pretending their product comes from the legal, mature stalks of hemp plants, but are in fact making their product from plants the agency considers to be marijuana, not hemp. The difference between hemp and marijuana is the content of the psychoactive drug THC.

"The problem is, how do you know when you get the final product, where it originated from?" said Melvin Patterson, spokesman for the DEA.

The DEA is facing a legal challenge over CBD. The Hemp Industries Association has sued the agency, saying that it is overstepping its authority to schedule CBD as an illegal drug. The hemp industry claims that CBD derived from hemp is legal by way of the 2014 Farm Bill, which allowed for states, including North Dakota, to set up industrial hemp production. They claim that the DEA has confused marijuana and hemp, thereby scheduling a drug that should be legal. Patterson said the rule change is simply administrative, and the product was always illegal.

Since the rule, there have been more crackdowns on CBD-rich products, according to Patrick Goggin, attorney for the Hemp Industries. That has been happening especially at the border, involving imports of hemp-derived foods. Also, there have been seizures from a medical marijuana shop in Alaska and from stores in Texas and Kentucky, he said.

"We believe there is a further intention and motive here, which is to control the flowers and leaves of the industrial hemp plant, and they haven't gone through the proper procedures to do that," Goggin said.

Until the issue is decided by Congress or a court, North Dakota is "waiting and watching," according to North Dakota Department of Agriculture Plant Protection Specialist Rachel Seifert-Spilde, who added that a number of producers are interested in producing hemp for CBD oil.

In North Dakota, there have been two instances of CBD being taken off the shelves — both at the urging of the state attorney general's office.

The first was at tobacco shops in Alexander and Watford City. There, agents from the Northwest Area Narcotics Task Force used confidential informants to purchase products, tested them for CBD and THC, according to court records. When they were allegedly found to contain both, the task force showed up with eight police cars and executed a search warrant on the store, according to owner Phil Abuhamda. Police also found some marijuana, which he said his staff picked up as trash outside. Abuhamda has since been charged with multiple drug counts, including a Class A felony for selling drugs near a school.

Abuhamda is outraged over the search, which he called a "whole hoopla" originating over a product he thought was legal.

After the Watford City and Alexander enforcement, Bismarck Police went into the BisMan Food Co-Op and Terry's Health Foods, stores recently featured on a KXNews spot about the benefits of CBD oil, to buy the product and test it. The crime lab found it contained CBD, police said. Both stores said they believed it was legal, but the product is now being held at the police station.

Though North Dakota Attorney General Wayne Stenehjem's office initiated the enforcement, he said in an interview that it is not a priority for his office.

"Though it's against federal law, we're really concentrated on heroin, meth and fentanyl," he said.

Citing research that CBD has helped some kids with seizures, Stenehjem said he thought Congress should reconsider its legal status.

"Congress does need to take a look at it," he said. "A, there may be some medical benefits. And B, if it's not psychoactive like marijuana, and, if it's not harmful, why do they want to say it's Schedule I?"

Confusion leaks over into producers

The confusion over the illegality of CBD oil has caused some issues for producers of legal hemp products.

Laub, who sells hempseed oil to stores, said he ran into some trouble with customers threatening to call police on him. Investigators recognized the product was legal, he said.

To calm nerves, he posted a sign saying Laub’s products, hempseed oil and hemp protein powder, were certified by the North Dakota Department of Agriculture. The signs read, “These products may be sold within North Dakota and among states with industrial hemp agricultural pilot programs (as defined in Section 7606 of the Agricultural Act of 2014) in the United States.”

“Since then, I haven’t had any issues,” Laub said.

Laub said he hasn't seen much of a change in sales since the crackdowns and expects the market could bloom once people see and realize the dietary benefits.

“The biggest thing right now is to educate people on it,” he said.

Laub, who is interested in producing CBD, and a number of other producers are in the process of creating a commodity organization for hemp in the state as a way to advocate.

Doug Goehring, agriculture commissioner, said he would be in favor of allowing CBD production in North Dakota, but for the legal issues.

“Actually I’d welcome them to the state,” Goehring said.

North Dakota's hemp production is believed to rank the state as the third-largest in the nation behind Kentucky, with 12,800 acres, and Colorado.

A hemp field at the Laub farm near Elgin.

A field of hemp grows in North Dakota in August 2016. As North Dakota's hemp industry soars, legal questions have kept producers from making one of the crop's most desirable derivatives.
© Copyright 2021 The Bismarck Tribune, 707 E. Front Ave Bismarck,ND | Terms of Use | Privacy Policy | Do Not Sell My Info
Powered by BLOX Content Management System from TownNews.com.
You don't have any notifications.