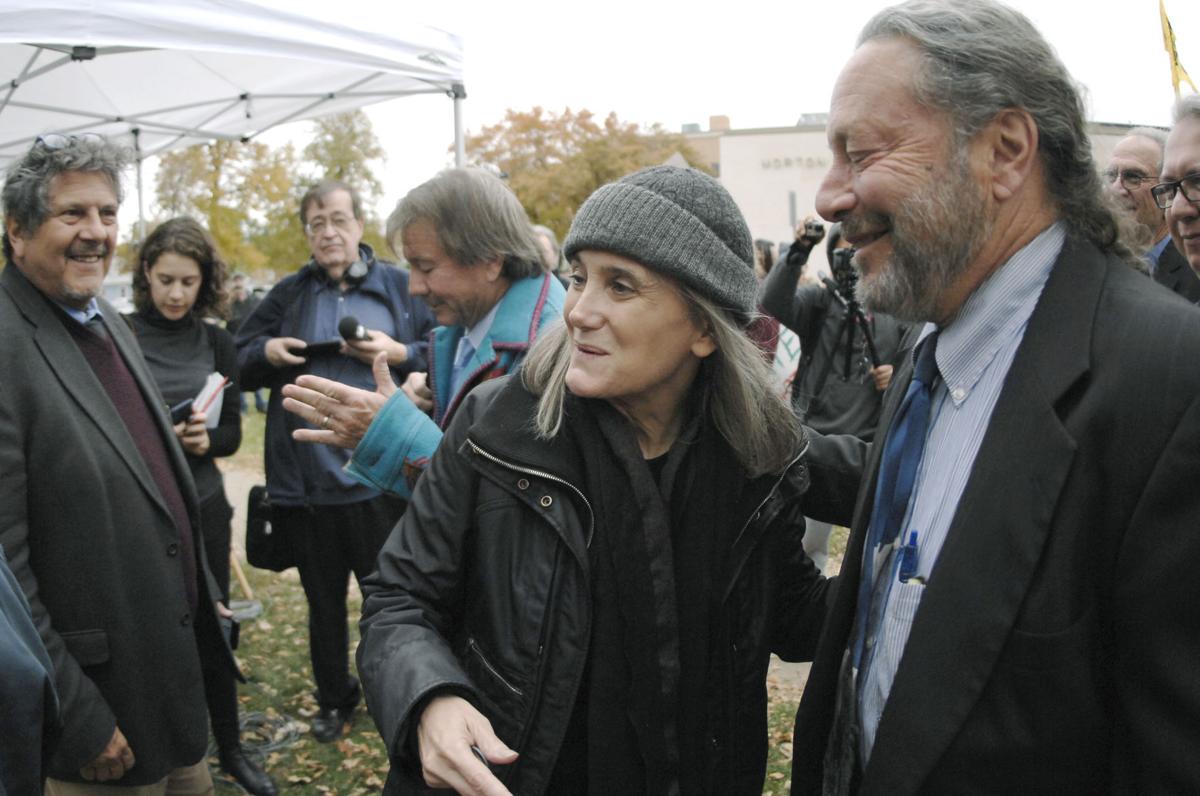 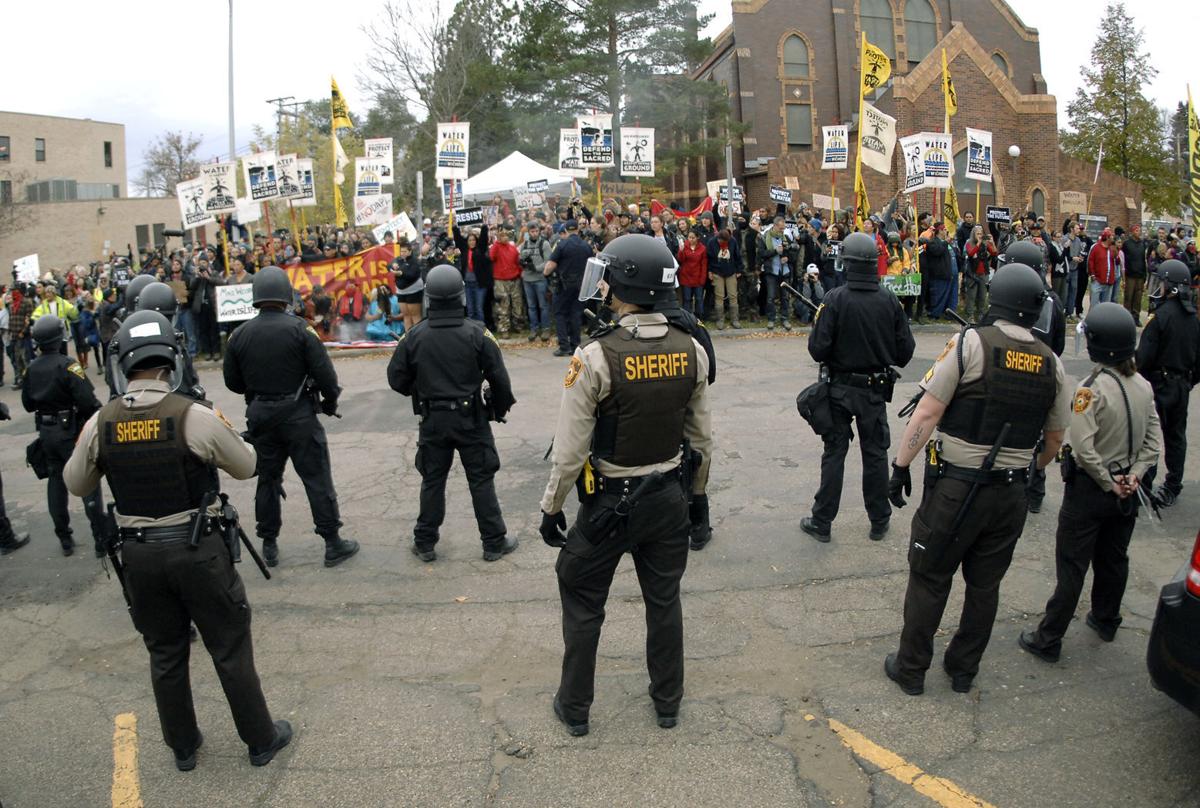 Law enforcement officers line the street in front of the Morton County Courthouse in Mandan as Dakota Access Pipeline protesters stand on the opposite side of the street on Monday. The protesters gathered in support of journalist Amy Goodman before her court hearing on a rioting charge while covering the protesters in Morton County in September. A South Central District judge dismissed the charge. 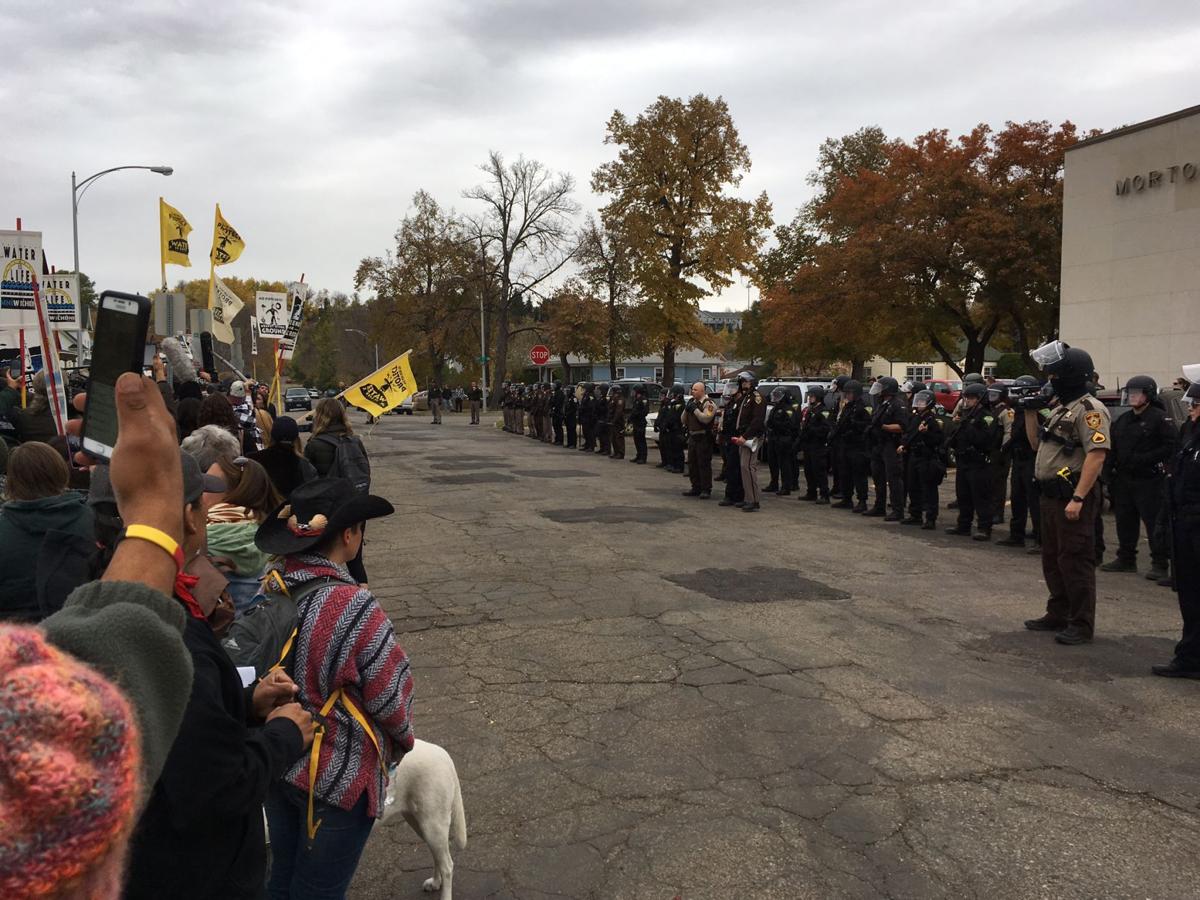 Protesters and law enforcement stand off at the Morton  County Courthouse. 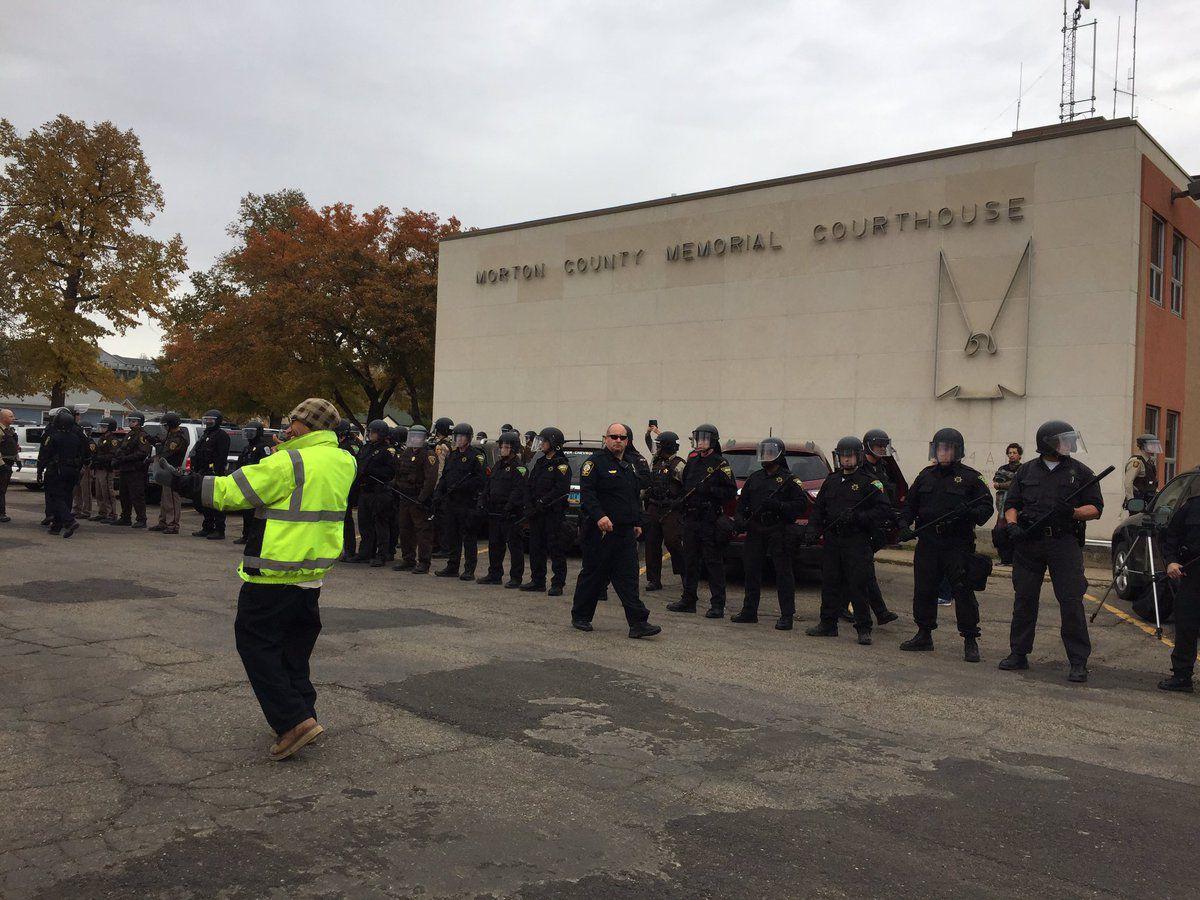 Protesters and law enforcement face off at the Morton County Courthouse.

Criminal charges filed against a journalist, who covered a pipeline protest, were dropped Monday after a judge refused to sign the complaint against her. Judge John Grinsteiner did not find probable cause that Amy Goodman had engaged in a riot while reporting on a clash between protesters and private security in September.

Goodman told the Tribune she was "deeply relieved" to find out the charge was dismissed.

"But it just strengthened my resolve that we have to fight to ensure that the First Amendment is protected," Goodman said. "It's not just for journalists. It's for everyone, because freedom of the press means that there is a way for people to get information so they can make informed decisions."

Goodman said she took the arrest warrant issued for her in September as a "clear message" that North Dakota officials did not want her to return to the state.

"This is clearly meant to intimidate, and I think the judge saw that clearly today," said Goodman, who indicated she will keep covering the protests against the Dakota Access Pipeline.

Prosecutor Ladd Erickson had asked the judge to charge Goodman with engaging in a riot after dropping a criminal trespass charge against her, due to legal problems proving the charge.

Erickson said in an email over the weekend the change in charge was based on his review of evidence from a larger investigation into the Sept. 3 incident conducted by the Bureau of Criminal Investigations.

"There is a lot more evidence now against the people charged than there was initially," he wrote.

"It was never a case. The trespass charge was frivolous," said Dickson, who said the new rioting charge "was beyond salvation."

Goodman was one of six people accused of engaging in a riot, based on the new evidence, according to the Morton County Sheriff's Department. The judge found probable cause for charges against one of those people. Additional charges related to the incident are under review.

Criminal trespass charges against six people in the incident were dropped, according to the Morton County Sheriff's Department. One of the charges was against protest organizer Cody Hall.

In interviews last week, Erickson told the Tribune he thought Goodman was acting more as a protester than a journalist, a point she and Dickson have continually refuted.

"I think she put together a piece to influence the world on her agenda, basically. That’s fine, but it doesn’t immunize her from the laws of the state," Erickson said Thursday.

Dickson said last Tuesday,"She wasn't picnicking or on a summer lark. She was reporting the news to the American people."

Goodman is the host and executive producer of Democracy Now, a radio/news program that airs on 1,400 stations worldwide. She has won several prestigious awards for her reporting.

Nearly 200 people came to the courthouse to support Goodman. They sang, beat drums and called out "Mni Wiconi," meaning "water is life."

After spilling into the street, about 50 officers in riot gear emerged from the police station and urged everyone to stay on the sidewalk or risk getting arrested. One person was taken into custody for disorderly conduct and disobedience of a public safety order under riot conditions, according to North Dakota Highway Patrol Lt. Tom Iverson.

The crowd was filled with people who follow Goodman's show and wanted to show their support.

Ethan Petersen drove to North Dakota from Utah on a whim last night when he heard about the charges against Goodman.

"We couldn't just chill at home when First Amendment rights to assemble and petition were on the line," Petersen said.

Rindy Daughters came to Standing Rock from Billings, Mont., this weekend, inspired by what she learned in Goodman's reports.

"She's the reason I know about it," Daughters said. "I think they're grasping for whatever they can, because they're not happy with her coverage."

The criminal prosecution of a journalist has ignited outrage in North Dakota and across the country.

"I have felt all along that it left the wrong impression when you charge a reporter and not many other people that happen to be participating at the same time," said Steve Andrist, executive director of the North Dakota Newspaper Association, in an interview Monday. "Whether it's the law enforcement or the general public, maybe we have some educating to do to make people aware that the First Amendment protects even speech that you may not like or agree with."

Journalist Matt Taibbi, author of the 2014 book, "The Divide: American Injustice in the Age of Wealth," wrote an open letter to Erickson last week condemning his characterization of Goodman and demanding the trespass charge be dropped.

On Sept. 3, Goodman reported on a clash between protesters and private security at an active construction site south of Mandan that the Standing Rock Sioux Tribe said contained historic artifacts. Three guards were reportedly injured, and several protesters said they were pepper-sprayed and bitten by dogs handled by the security personnel. Her coverage of the incident was broadcast on major networks and viewed online more than 14 million times, she told reporters.

Goodman told the Tribune she was following protesters up the road from the main camp towards a ceremony, when they saw pipeline workers bulldozing the land.

"They were shocked. At first they were praying, then they started saying no, 'stop excavating the site,' and it went on from there," she said.

Well, some have relocated. An officer just asked them to stay off the streets. pic.twitter.com/CeIAQCuXaA

The evidence against a journalist accused, and subsequently cleared, of rioting amounted to her own video footage, security video of her follo…

Journalist Amy Goodman talks after a riot charge is dismissed against her SouthCentral District judge on 10-17-2016 in Mandan, North Dakota. T…

Democracy Now reporter to return to state to face charges

Law enforcement officers line the street in front of the Morton County Courthouse in Mandan as Dakota Access Pipeline protesters stand on the opposite side of the street on Monday. The protesters gathered in support of journalist Amy Goodman before her court hearing on a rioting charge while covering the protesters in Morton County in September. A South Central District judge dismissed the charge.

Protesters and law enforcement stand off at the Morton  County Courthouse.

Protesters and law enforcement face off at the Morton County Courthouse. 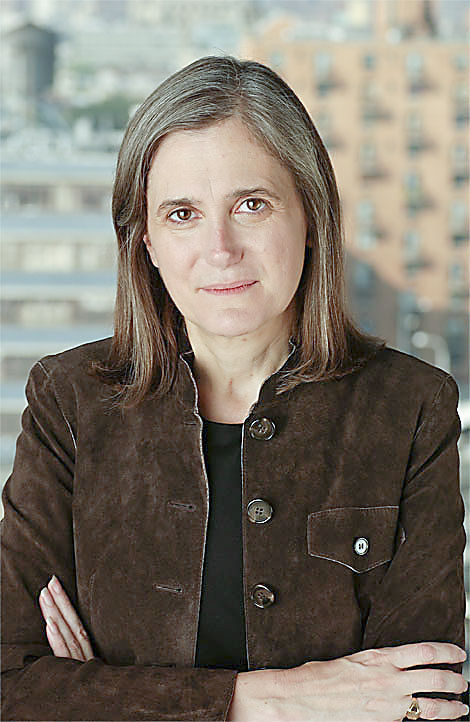