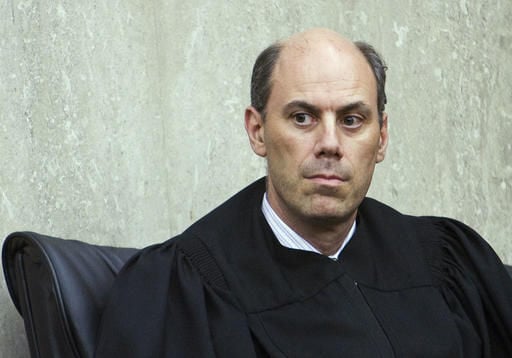 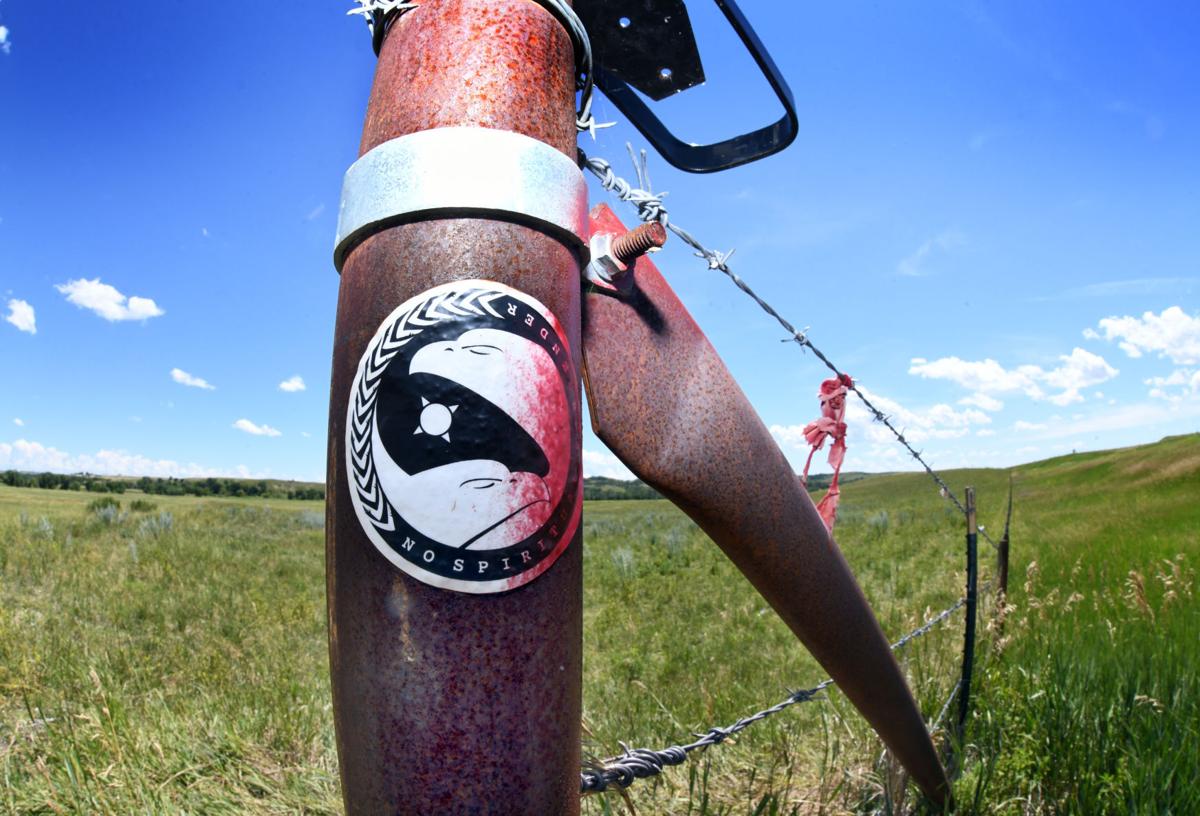 The federal judge who ordered the Dakota Access Pipeline shut down until the government proves its environmental soundness has expressed empathy for both sides in the dispute.

He also has issued major decisions favoring each side during the course of the lawsuit filed by American Indian tribes that has lingered four years in U.S. District Court in Washington, D.C.

And at times he's made a point of stating that he's not there to pick sides.

That’s not a surprise given the background of U.S. District Judge James Boasberg. He has been appointed to judgeships by both Republican and Democratic presidents, is known by people who know him for not being motivated by ideology, and has made numerous statements expressing a commitment to ruling based on the precedent of law.

Boasberg was appointed to his current seat on the federal bench in 2011 by Democratic President Barack Obama, who had been criticized by Republicans previously for advocating empathy in a judge. Obama once said that "I view that quality of empathy, of understanding and identifying with people's hopes and struggles, as an essential ingredient for arriving at just decisions...."

But during questioning by U.S. senators in 2010 about his judicial philosophies, Boasberg said “Judges should not work from a desired outcome in assessing the law and facts,” and “If empathy means sympathizing with one party such that a judge fails to follow the law, then I believe it should not play a role in a judge’s consideration of a case.”

Comments that Boasberg has made in his decisions during the Dakota Access Pipeline lawsuit seem to bear out that commitment.

He said during a status hearing with attorneys in the case in 2016 that “I have no political position on whether the pipeline is a good idea, bad idea, should be built, shouldn’t be built. That is not what judges are to decide.”

In a ruling that same year in which Boasberg denied a tribal request to temporarily stop pipeline developer Energy Transfer from laying pipe under the Missouri River just north of the Standing Rock Reservation, he concluded that the tribe had failed to show that harm from the pipeline was probable, not just possible.

“The Court must faithfully and fairly apply that standard in all cases, regardless of how high the stakes or how worthy the cause,” he wrote.

The stakes in the DAPL case are enormous. The tribe fears a potential spill from the line could contaminate river water it uses for drinking, fishing and religious practices. Energy Transfer maintains a shutdown would cost the company millions of dollars daily. The state of North Dakota contends a shutdown would devastate the oil industry and cost the state billions of dollars in tax revenue, impacting programs and affecting residents.

James “Jeb” Boasberg, 57, was born in San Francisco and grew up in Washington, D.C. He holds degrees in history from Yale and Oxford and a law degree from Yale.

Boasberg also is presiding judge of the U.S. Foreign Intelligence Surveillance Court and chief judge of the Alien Terrorist Removal Court. The first decides on federal government requests for investigative actions such as electronic surveillance for foreign intelligence purposes. The second reviews applications for removal from the country of people dubbed alien terrorists.

Boasberg is known for more than just the pipeline dispute. In 2012 he ruled that the Obama administration wouldn’t have to turn over images of the body of al-Qaida leader Osama bin Laden, and in 2016 he dismissed lawsuits arising from Democratic presidential candidate Hillary Clinton’s use of a personal email server as U.S. secretary of state. The following year, he ruled that the court had authority to order the release of President Donald Trump’s personal tax returns.

Michael Kellogg, a law firm colleague of Boasberg’s in the mid-1990s, said in a 2017 Associated Press interview that Boasberg is a person “without any particular ideological bias.”

Ninth U.S. Circuit Court of Appeals Senior Judge Dorothy W. Nelson, for whom Boasberg clerked early in his career, said in a 2017 interview that Boasberg is respected by both conservatives and liberals.

“He has empathy, he has compassion, but he’s always very careful and very respectful of the rule of law,” Nelson told The Associated Press. “You can trust that he has done the most meticulous research before he makes a decision.”

Siding with the tribes

Boasberg early on in the case expressed sympathy for the historical plight of Native Americans, and also compassion for the concerns of the Standing Rock Sioux Tribe, which is spearheading the lawsuit seeking to permanently shutter the $3.8 billion pipeline that for the past three years has been moving North Dakota oil to a shipping point in Illinois.

In September 2017, Boasberg wrote “The tragic history of the Great Sioux Nation’s repeated dispossessions at the hands of a hungry and expanding early America is well known. The threat that new injury will compound old necessarily compels great caution and respect from this court in considering the Tribe’s plea for intervention.”

He also noted that the river is of “undeniable importance to the tribe, and the general area is demonstrably home to important cultural resources.”

He concluded that particular ruling by saying “this Court does not lightly countenance any depredation of lands that hold significance to the Standing Rock Sioux” and that he was “aware of the indignities visited upon the Tribe over the last centuries.” Nevertheless, he ruled against the tribe, saying it had not proven its legal case.

But he sided with the tribe in June 2017 when he ordered the U.S. Army Corps of Engineers to revisit several issues pertaining to the easement it granted the pipeline, and again this past March when he said the additional work by the Corps was not adequate. He ordered the agency to do an extensive environmental review.

In his July 6 decision ruling that the pipeline must be shut down during that review, he said a spill in the river could be “disastrous” for the tribe.

Siding with the pipeline

But Boasberg let the pipeline go into operation in June 2017 despite mandating additional environmental study -- a decision that saved Energy Transfer billions of dollars.

Boasberg also has rejected tribal claims that the Corps did not adequately consult with them before deciding to permit the pipeline. He once noted that the federal agency “documented dozens of attempts it made to consult,” and that “the tribe largely refused to engage in consultations.”

In the June 2017 ruling, he also rejected the tribe’s contention that he “should wholly disregard the potential for financial disruption” of a pipeline shutdown. He also noted that stopping the flow of oil “could cause significant harms to numerous people and entities.”

Nearly three years later, he reiterated those concerns in his July 6 shutdown order, acknowledging that his decision "will cause significant disruption to DAPL, the North Dakota oil industry, and potentially other states."

“Indeed, the Court does not take lightly the serious effects that a DAPL shutdown could have for many states, companies and workers,” Boasberg wrote. “Losing jobs and revenue, particularly in a highly uncertain economic environment, is no small burden. Ultimately, however, these effects do not tip the scales” in favor of keeping the line open.

Whether the pipeline ultimately is shut down during the environmental review is now out of Boasberg’s hands. The U.S. Court of Appeals for the District of Columbia Circuit or even possibly the U.S. Supreme Court will make that decision.

And once the environmental study is done, there will be more decisions to be made, and undoubtedly more legal wrangling.

A quote from Boasberg three years ago still holds true today: “The dispute over the Dakota Access Pipeline has now taken nearly as many twists and turns as the 1,200-mile pipeline itself."

Judge who halted Keystone XL construction called overreaching by some, fair by others

The judge who halted the Keystone XL construction is considered an overreaching activist judge by critics, but a fair-and-equitable jurist by others.

Federal officials on Thursday formally launched what promises to be a lengthy environmental review of the Dakota Access Pipeline. 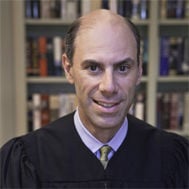