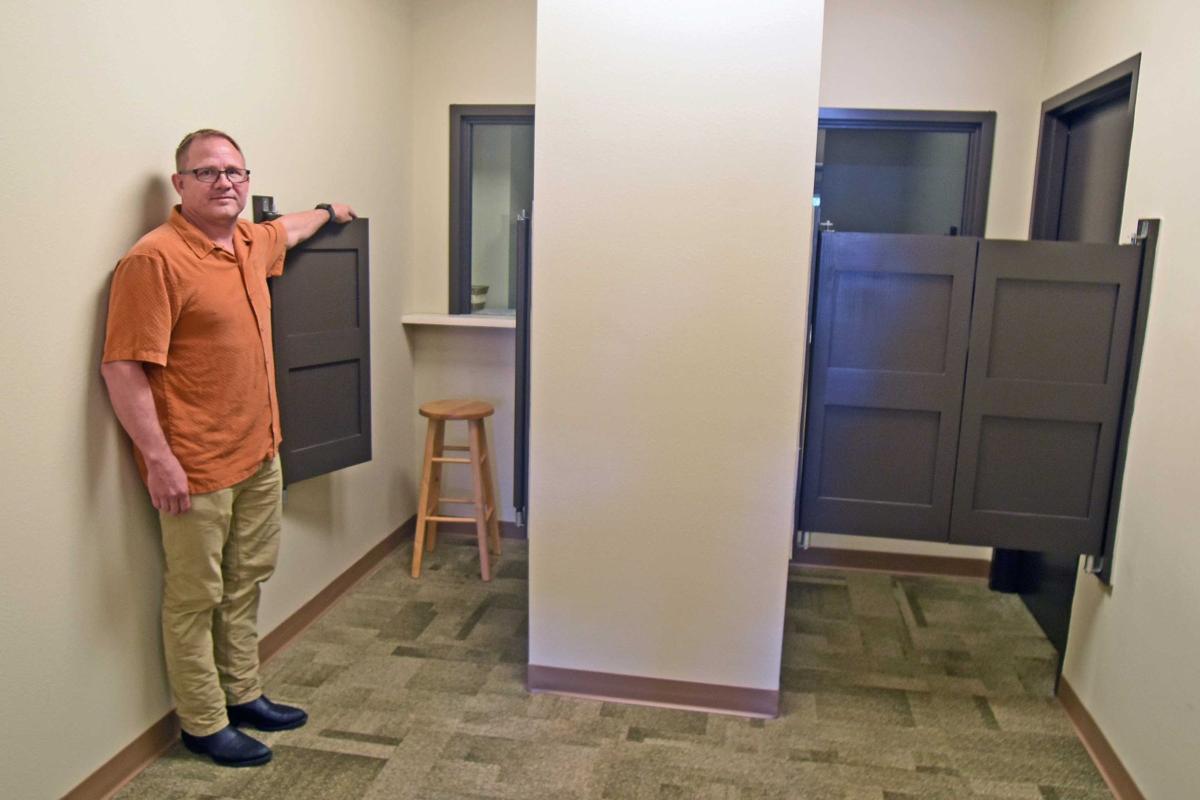 Heartview's executive director Kurt Snyder shows a private area where as many as 30 people come each morning to receive a dose of methadone, a drug that helps people addicted to opiates stay clean. 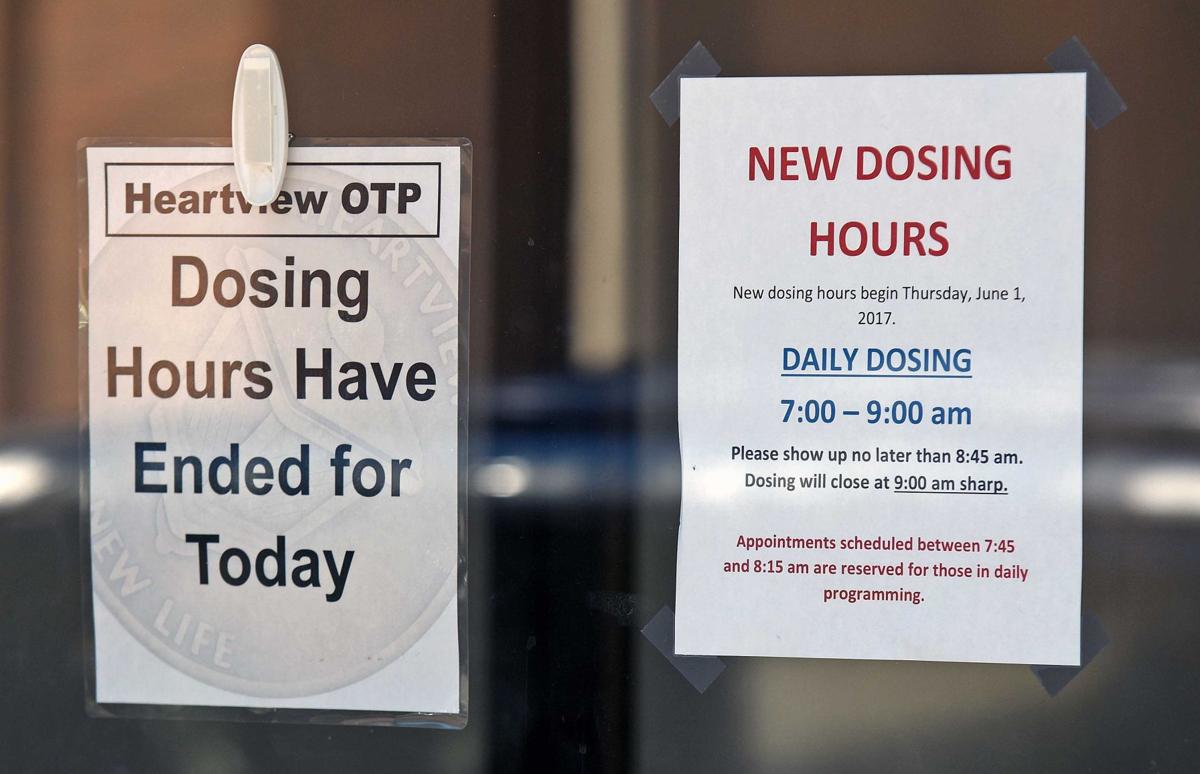 Methadone patients can come to Heartview in downtown Bismarck from 7 to 9 a.m. to receive their daily dose. Executive director Kurt Snyder said many people come prior to going to their jobs.

Methadone is a medication dosed daily to people with serious heroin or pill addictions. The opiate-based drug helps them kick the cravings and withdrawal symptoms, thereby keeping people from relapse without getting them high.

The move comes amid a growing problem of opiate abuse and overdoses in the state and a lack of treatment options.

"This is really important to deal with," said Kurt Snyder, executive director of the Heartview Foundation. "We do not come through this epidemic without adequate services."

Snyder said that 30 people have enrolled in the program since it began on March 1. The program started with patients who were commuting to Minot for methadone then incorporated new clients, usually about two per week. Snyder expects that the program could serve 200 people by the end of 2018.

Patients come by the treatment center's downtown location at 101 E. Broadway Ave. seven days a week from 7 to 9 a.m. The idea is they visit on the way to work, and it also keeps any extra activity around the building to early non-business hours.

Clients check in at the front door and then are called to a window, where they take a liquid dose of methadone. Liquid prevents people from diverting the drug and selling it on the street. It's also a face-to-face encounter that allows a nurse to check on someone's progress. People in treatment get weekly drug tests and meet with addiction counselors and case managers as needed.

Patients start at a low dose, which medical staff will increase until a person no longer has cravings or sickness. If appropriately dosed, "you would never know" they were on methadone, Snyder said.

Methadone is one of three drugs that Heartview offers for people recovering from an opiate addiction, according to Snyder. It is especially useful for people with chronic problems and pregnant, addicted women.

The drug costs $60 per week, Snyder said. But people will soon be able to use state substance use disorder vouchers if it is not affordable.

Pam Sagness, director of the behavioral health division of the department of human services, said methadone centers are "something we’ve worked a long time on." It began in 2013, when the Legislature gave DHS authority to write rules for medication-assisted treatment clinics and continued as they searched for good providers.

Sagness said no other applications are pending for methadone centers. A goal of the department is to help rural doctors prescribe vivitrol and suboxone, two other drugs used to help with opioid addiction, which don't require the daily dosing.

Methadone clinics have been a source of fear for some communities, who worry they will lead to loitering, loose needles and harm to local businesses. People have also posited that methadone, which is derived from opiates, is merely supplanting one addiction for another. Some cities in North Dakota, including Minot, placed one-year moratoriums on them, in order to study their impacts.

But Bismarck Police Chief Dan Donlin said he has had no special crime issues since Heartview began offering methadone in March.

"We haven’t been seeing those concerns flesh out," he said.

Donlin added he is glad that the methadone clinic is housed inside a reputable, longstanding organization.

"We never put a moratorium on it, but we were quick to work with Heartview, which is already an established, good neighbor that is already doing tons of treatment work," Donlin said. "That’s a huge trust level."

The Bismarck Police Department has seen an increasing problem with heroin and opioid abuse in recent years. Donlin said officers seized as much heroin from January to March of this year as they did in all of 2016. So, the need for treatment is ever-more important, he contends.

"I agree that addiction is a chronic disease. It starts out as a choice. But once that turns into an addiction, that choice is severely hampered. It turns into a chemical imbalance, and we've got to treat it as such," he said. "We’ve got to reach out and lend a helping hand."

Sudanese man in NYC unable to talk to family

Heartview's executive director Kurt Snyder shows a private area where as many as 30 people come each morning to receive a dose of methadone, a drug that helps people addicted to opiates stay clean.

Methadone patients can come to Heartview in downtown Bismarck from 7 to 9 a.m. to receive their daily dose. Executive director Kurt Snyder said many people come prior to going to their jobs.