North Dakota's Senate is set to vote on a bill to ban state and local mask mandates after a panel of senators recommended it be rejected.

The Senate Political Subdivisions Committee on Thursday gave a 6-1 "do not pass" recommendation on House Bill 1323, brought by Rep. Jeff Hoverson, R-Minot.

The bill would ban state and local officials from mandating face coverings and requiring their use for entry, education, employment and services. The House in February passed the bill 50-44.

Active cases of the virus had reached more than 10,000 late last year, but they fell sharply in the period of the mask mandate. Many local governments around the state also implemented mask requirements last fall.

Bill supporters said government officials shouldn't be able to require masks, calling it a personal freedom issue. Opponents said mask mandates are effective and might be useful or necessary in the future.

The committee rejected amendments to ban only state officials from mandating masks before voting to recommend the full Senate reject the bill passed by the House.

"We kind of thought that this was a knee-jerk reaction to the pandemic," said Sen. Randy Burckhard, R-Minot, who chairs the panel.

A North Dakota Highway Patrol trooper stood at the door outside the meeting room during the hearing. Burckhard said the trooper was there to monitor attendance. Dozens of people gathered outside the room.

"This is a hot-button issue, and we just wanted to make sure that we're doing it the right way and we had some social distancing," Burckhard said.

He put time limits on testimony, and told a woman who said she was recording the hearing on her smartphone "for press" to give up her chair and later to leave the room due to limited occupancy for people there to testify. He cited the livestream available online.

North Dakota's statewide mask mandate will be allowed to expire as planned after the weekend, and coronavirus-related restrictions on business… 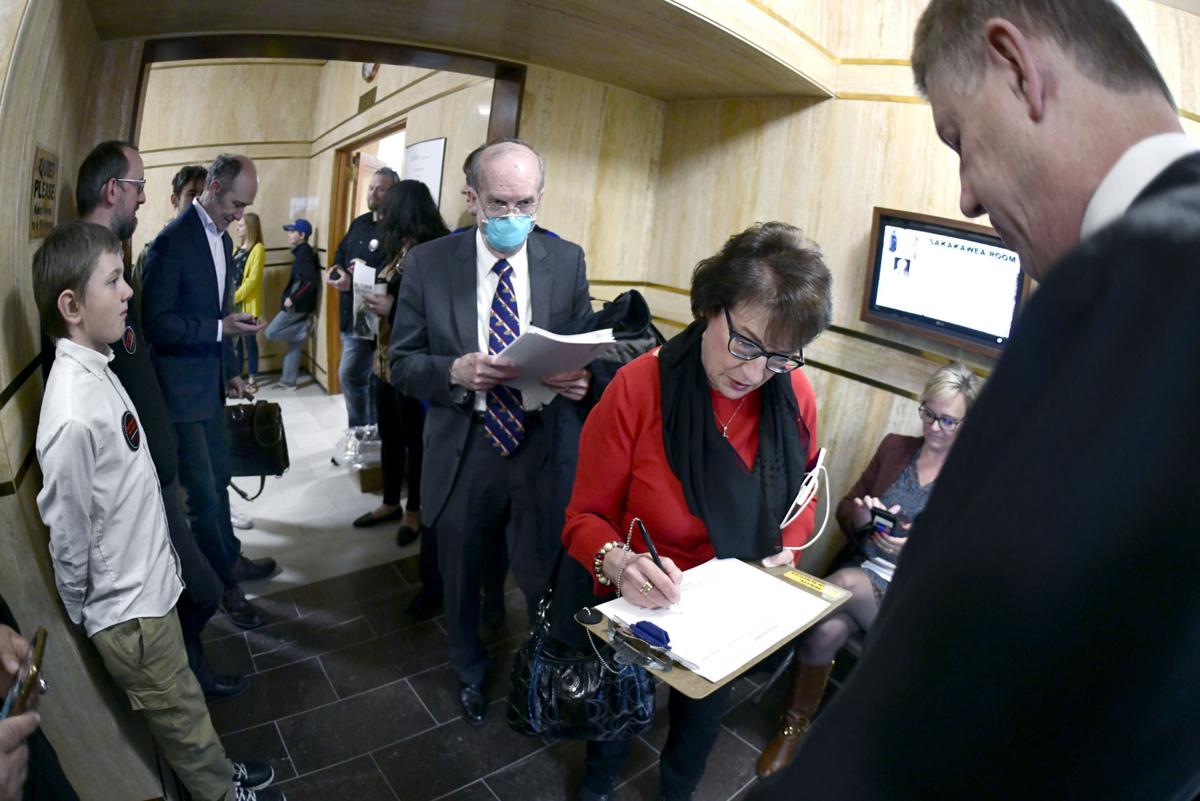 Mary Dietrich, of Grand Forks, places her name on the list to testify before the Senate Political Subdivisions Committee in support of House Bill 1323, which would prohibit state and local governments from instituting a mask mandate. A gathering of about two dozen stood outside the small committee room waiting to testify Thursday. Next in line is Bismarck physician Dr. Stephen McDonough. 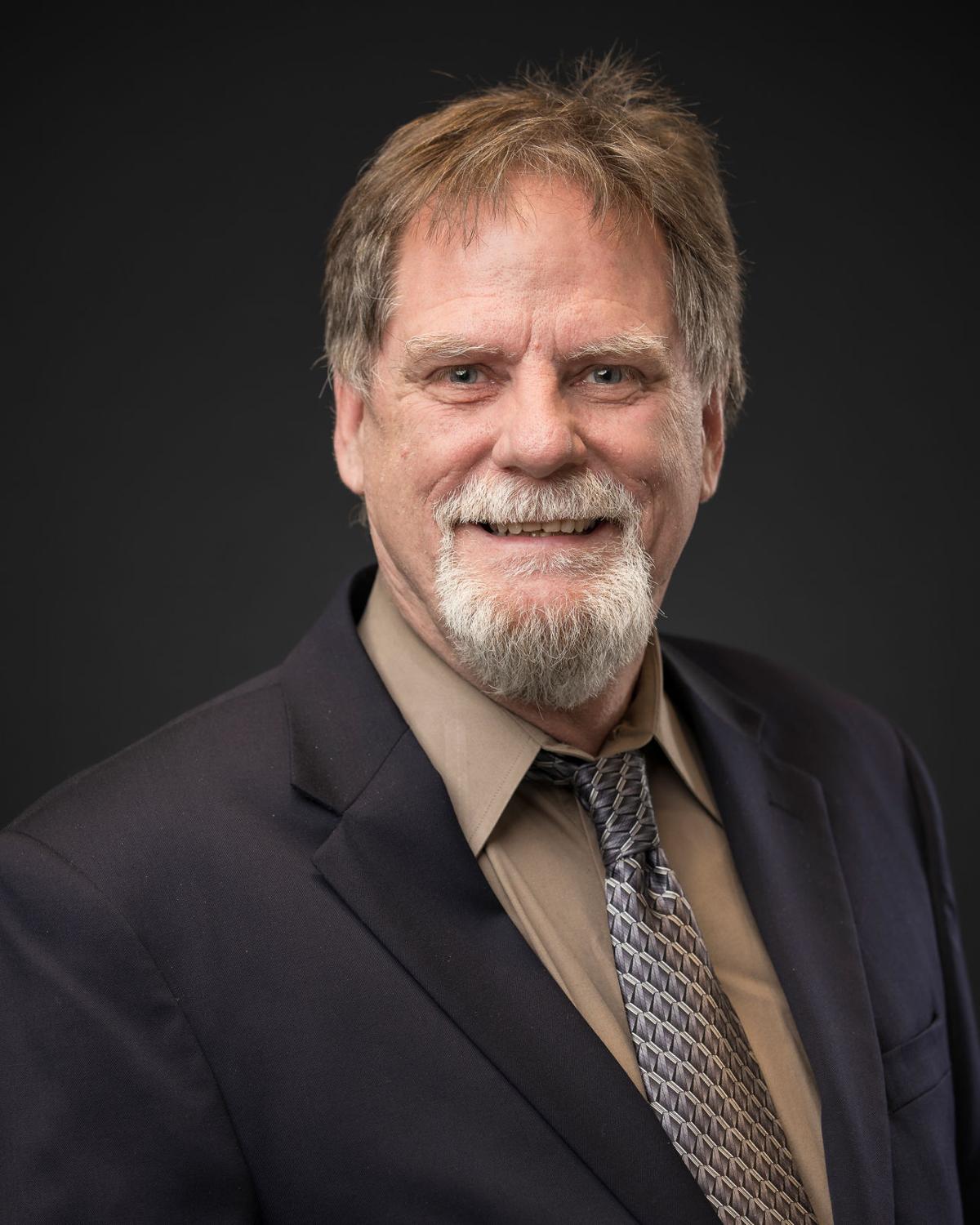 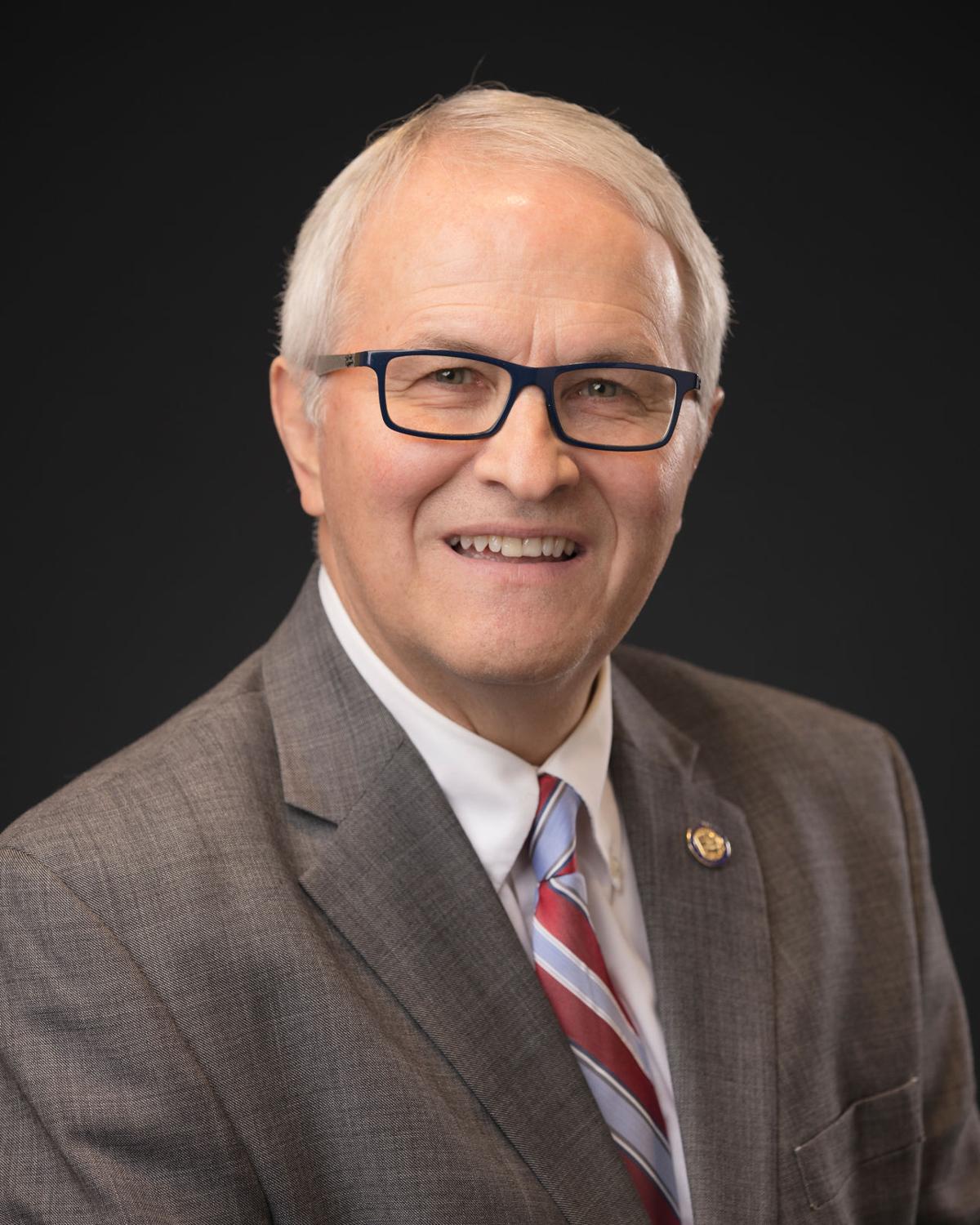