A major spending initiative aimed at infrastructure projects outside western North Dakota’s oil patch is on pace to be fully funded for the first time since the Legislature approved it three years ago, due to strong oil prices and steady production, officials said Wednesday.

“Operation Prairie Dog,” named for the industrious burrowing mammal, was passed by the 2019 Legislature to provide $250 million in every two-year budget cycle for counties, cities and airports in non-oil producing areas for such things as roads, bridges and airport projects.

The bill, which won wide legislative support, assumed oil production and prices would hold though the two-year budget cycle.

But “due to the pandemic-related collapse in global oil price and the resulting drop in North Dakota oil production,” oil tax revenue was only $3.6 billion, or 25% lower than had been projected for the last budget period, said Joe Morrissette, the state’s top budget writer.

That meant only $29.9 million was distributed for the 2019-21 budget period, based on the legislation’s funding formula that puts municipalities with higher populations at the head of the line.

Oil revenues during the budget cycle that ends next year already are over $730 million more than forecast due to greater-than-expected oil prices and steady production, state budget data shows.

Morrissette said if oil revenue continues at the current rate, Prairie Dog would be fully funded and distributed early next year.

The legislation was the brainchild of Republican Senate Majority Leader Rich Wardner, who crafted the plan after much grumbling by lawmakers outside the oil patch that their oil-rich colleagues were getting too large a share of money for their infrastructure needs.

“I was hearing: ‘When are we gonna get ours; when is it our turn?’” Wardner said.

The longtime lawmaker, who is retiring this year, said he was confident Prairie Dog would get the entire $250 million this year.

All but the eight oil-producing counties are eligible for the funds. The bulk of the money, $169.2 million, is to be shared between municipalities and counties and townships for infrastructure. Counties and townships get an additional $30.4 million, as do municipalities. Another $20 million is set aside for airport infrastructure to be used mainly to match federal funds for projects, Wardner said.

“Every incorporated city in non-oil counties will get something,” Wardner said. “They will be able to do things they haven’t done before.”

The allocations will range from a few thousand dollars for small communities to several million dollars for the larger, higher-population cities, he said.

Copyright 2022 The Associated Press. All rights reserved. This material may not be published, broadcast, rewritten or redistributed without permission.

A landowners group will seek more than $275,000 in lawyers’ fees after North Dakota’s Supreme Court found a state law pushed by the energy industry amounted to the unconstitutional taking of private property rights. In a ruling last week, the state’s high court found key portions of the so-called pore space law passed in 2019 were unconstitutional. Pore spaces are cavities in rock and are used when the petroleum industry injects saltwater from oil and gas production underground. The Northwest Landowners Association sued the state arguing the law was a giveaway to the energy industry.

A state audit of Mayville State University found major payroll issues and other financial irregularities, some of them repeated findings.

North Dakota’s Supreme Court has struck down key portions of a state law that a landowners group says was unconstitutional. The so-called pore space law passed the 2019 Legislature over the use of voids or cavities in underground rock formations. Pore spaces are used when the petroleum industry injects saltwater from oil and gas production underground for storage or for enhanced oil recovery. landowners sued the state arguing the law deprives them of their right to be compensated for the use of their pore space.  A state district judge last year ruled the law unconstitutional. Justices largely agreed.

South Dakota ethics board pushes ahead in Noem investigation

A South Dakota government ethics board on Wednesday pressed forward in its investigation of two complaints against Gov. Kristi Noem. It resisted an effort from the Republican governor to see them dismissed and extended the time it has to examine the allegations. Noem is under scrutiny from the state’s Government Accountability Board for allegations she misused the powers of her office by interfering in her daughter’s application for a real estate appraiser license and flying on state-owned airplanes to political events. She has denied any wrongdoing. The board’s three retired judges voted unanimously to deny motions from the governor to dismiss the complaints. They then voted to grant a 60-day extension while they consider the complaints' merits.

North Dakota's top Senate Democrat is calling on the governor and attorney general to initiate an investigation into a $1.8 million constructi…

What is the Florida Python Challenge? 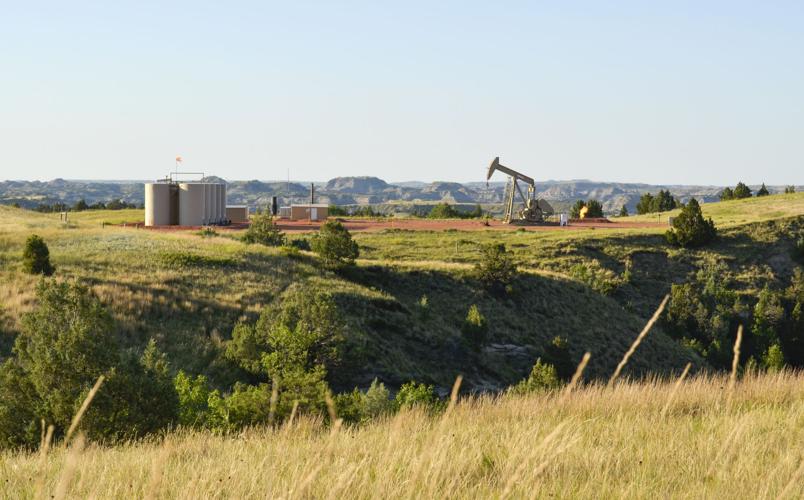 A pump jack extracts oil in the Badlands of the Little Missouri National Grassland. 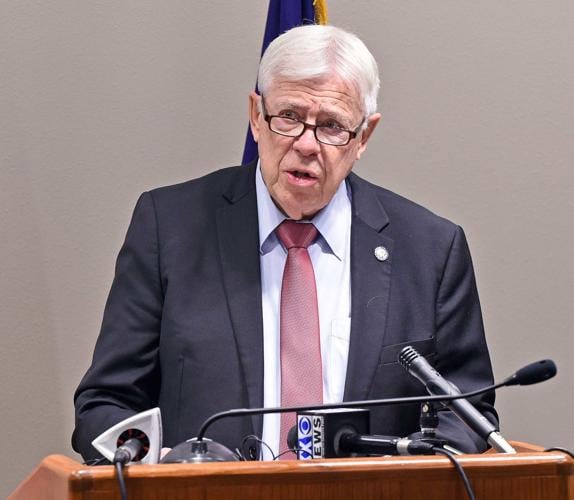 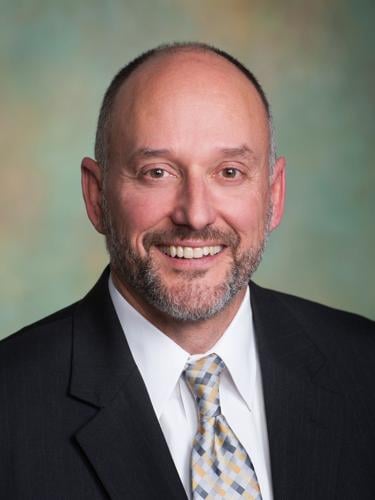