Some attribute caustic social media and frustration from the coronavirus pandemic, and say the heightened tension could keep good people from seeking legislative office.

Sens. Nicole Poolman, R-Bismarck, and Erin Oban, D-Bismarck, announced separately this month that they won't be seeking reelection next year. Both referenced an erosion of civility in the Legislature.

"When I ran 10 years ago, it was because I saw civility diminishing in our national conversations, and I didn't want that to happen here in North Dakota," Poolman told the Senate during the recent special session of the Legislature. "I hope I have contributed to the atmosphere of respect and decorum in my time here, but I do feel civility and respect slipping even here in North Dakota, some days even in the Legislature."

Oban in a statement said: "The depth of our debates has diminished. The issues we argue are, oftentimes, inconsequential. Logic and reason are being replaced by conspiracy and posturing, and my patience for it in general, but especially within those beautiful walls of the Senate, has worn thin."

Some North Dakota Republican lawmakers want to push culture war issues, and it parallels a national trend, according to Mark Jendrysik, professor of political science and public administration at the University of North Dakota.

"I think it's a really unfortunate tendency ... where political disagreements become these unarguable moral stands," he said.

Poolman, whose primary reasons for leaving are to spend more time with her family and students, told the Tribune she "just wanted to speak more to society's lack of civility" in her Senate speech.

"Certainly we see a little bit of that sneaking into the Legislature, so I think it was more of a warning rather than an admonition or anything like that," the Century High School English teacher said. "It's just to say in the Senate we're very respectful and we have these rules of decorum, and I just think that not only can we double down and refocus on civility and decorum among us, I hope other people in society will also take a look in the mirror and ask how can they make it more civil, less toxic."

"And to be clear, they get to have a voice in our government, too," she said. "But elected leaders need to be able to differentiate between real issues and fabricated issues."

The Legislature this year took up several divisive issues, including bills to restrict transgender K-12 athletes, to ban the teaching of so-called critical race theory, to limit vaccination requirements and to ban state mask mandates.

Oban said Poolman spoke of "so many things that so many of us feel. And I'm super sorry to see her go."

Some longtime lawmakers see the vitriol of social media and frustration due to the pandemic playing a role.

Sen. Diane Larson, R-Bismarck, has noticed "insulting" comments on some lawmakers' social media, but not in person in the Legislature. She pointed out she has always felt welcome joining other lawmakers for lunch.

But some people emailing about issues can be angry and demanding, and rude behavior is noticed, she said.

"That's not what we're used to in North Dakota," said Larson, who sits next to Poolman in the Senate.

She thought Poolman's remarks were "smart of her to bring it to our attention: 'Be aware of this, and don't let this creep into this process.'"

Sen. Judy Lee, R-West Fargo, finds "the vast majority of senators are very civil and polite to one another."

"The last year or two, there's just a pervasiveness all over of a little more strident behavior, which disappoints me," Lee said.

A rally held during the first day of the Legislature's special session meant to send a pro-liberty message to lawmakers. While Lee was not fond of rallygoers packing her committee room amid the pandemic, she was glad they witnessed the legislative process.

Many of them might have never been in the state Capitol before, she said.

"I think that perhaps if there was any tiny win that came from all of that, it is that some of those folks did have the opportunity to see how their neighbors and other people from around the state who gather in Bismarck to work on legislation are trying really hard to do what's right," Lee said.

She values the culture and customs of the Senate, recalling an "abrasive" colleague from long ago whom the majority leader sent out to change clothes after wearing jeans.

"He came to respect the traditions and the requirements of the Senate," Lee said. "He was an advocate, hugely, maybe not that day, but he came to recognize that we were there to get along in a positive way, to disagree passionately if we wish to, but to do it respectfully and then figure out how we're going to move this forward. It shouldn't be personal. It should be professional."

House Majority Leader Chet Pollert, R-Carrington, acknowledged "there has been a drop" in civility and culture in the House, where some members "have a different way of looking at things."

"I would say overall in all of North Dakota, everybody's on edge. Everybody is," Pollert said, citing pandemic frustration. Social media also has "brought down the professionalism," he said.

"I just think we all should be trying to get along a little better," he said.

The House this year has seen several bitter moments.

Following a key vote in that proceeding, a House visitor shouted to the chamber as he left the balcony, "You're cowards and a disgrace to North Dakota and the people who elected you."

At least nine Republican lawmakers were censured earlier this year by their district parties, which some political observers tied to the expulsion vote.

Last week, the speaker admonished Rep. Jeff Hoverson, R-Minot, for disparaging the majority leader in criticizing how the Legislature's districts were reapportioned. Hoverson later apologized to Pollert and the House.

Earlier this year in some House and Senate floor sessions, visitors booed, shouted and interrupted debate with applause. They were gaveled down by the House speaker and Senate president.

Koppelman, who presides over the House, said civility for him has "been an important aspect of the legislative process," something he's seen deteriorate on the national stage.

"I have to agree that I'm seeing some of the lack of respect and lack of civility creeping into the North Dakota Legislature just like it is in our culture nationwide," he said. "I think we still do a pretty good job of it here, and I hope that will continue."

But when acrimony "bubbles up on the floor of the House, as speaker I think it's my duty to step in and admonish," Koppelman said. Some disputes are best resolved privately, he added.

The Republicans' supermajority creates room for intraparty fights, according to Jendrysik, at UND.

"I think some of them are in that mode of 'We're right. What we believe is good and right and proper, and to disagree with us is not just political, it's personal. It's a sign you're a bad person, that you're against these things that are so self-evidently correct, that you must be perverse in some way.'"

The departing lawmakers say a harsh political climate could repel good people from running for office.

Oban said the environment already is discouraging some people whom she has told would be "exceptional" candidates.

"Their immediate response is, 'My skin is not thick enough,'" Oban said. "And that makes me so sad. While yes, I have plenty thick skin, but this is beyond the importance of being able to take crap, to be held accountable. I expect those things, but it's moved beyond that."

The Legislature has plenty of deterrents already for people who want to serve, notably the time commitment -- four months every two years -- according to Jendrysik.

And yelling, threatening and disrespectful behavior doesn't help, he said.

Poolman "is making a plea for people to calm down because you're going to stop people from serving," he said. "People are just going to be like, 'I don't want to get involved in that mess.' And that's really bad."

Poolman said the Legislature requires "a lot of your time and energy," and being subject to "ridicule or name-calling, condescension that we just haven't seen before" could make it harder to find good candidates.

"We do need good people to step up there. I know they're out there," she said. 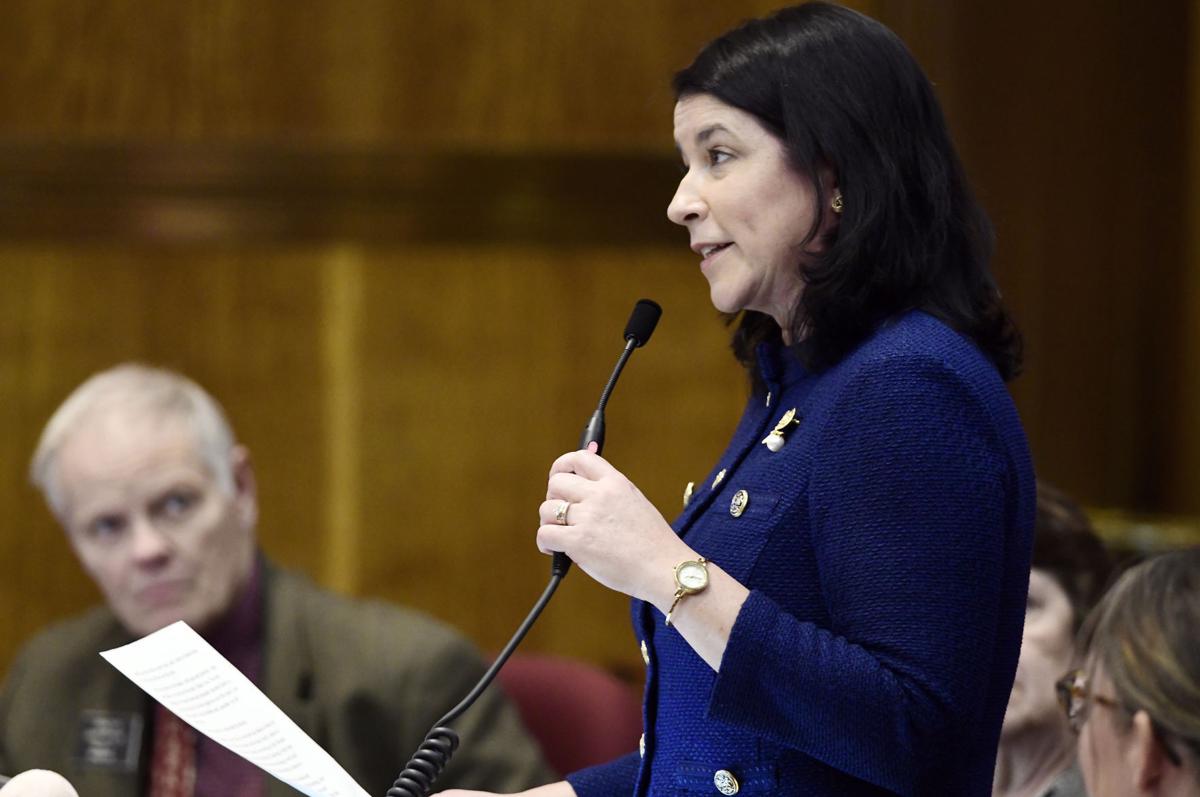 Sen. Nicole Poolman, R-Bismarck, addresses her colleagues as she announces her decision to not seek reelection next year, during last week's special legislative session at the state Capitol in Bismarck. 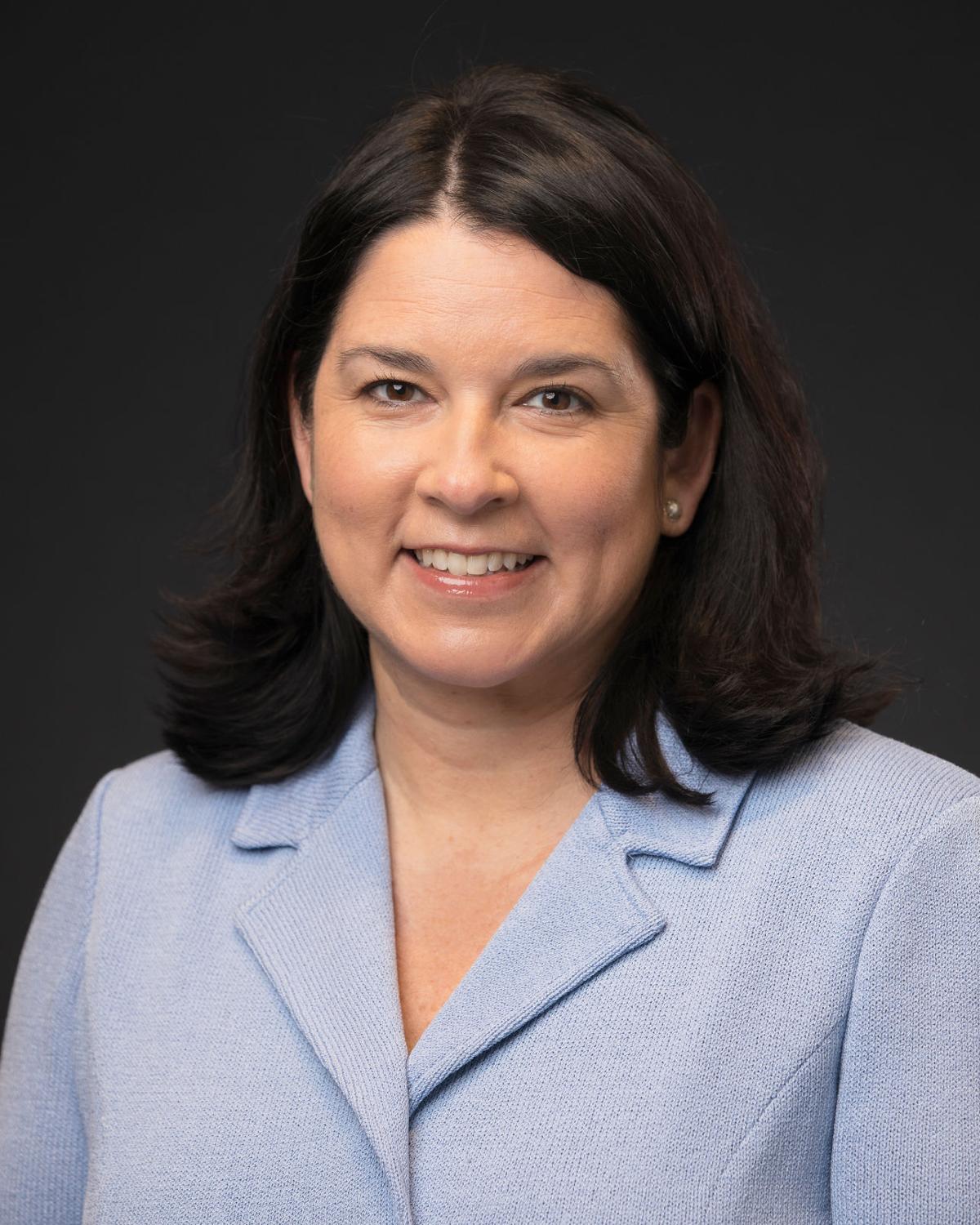 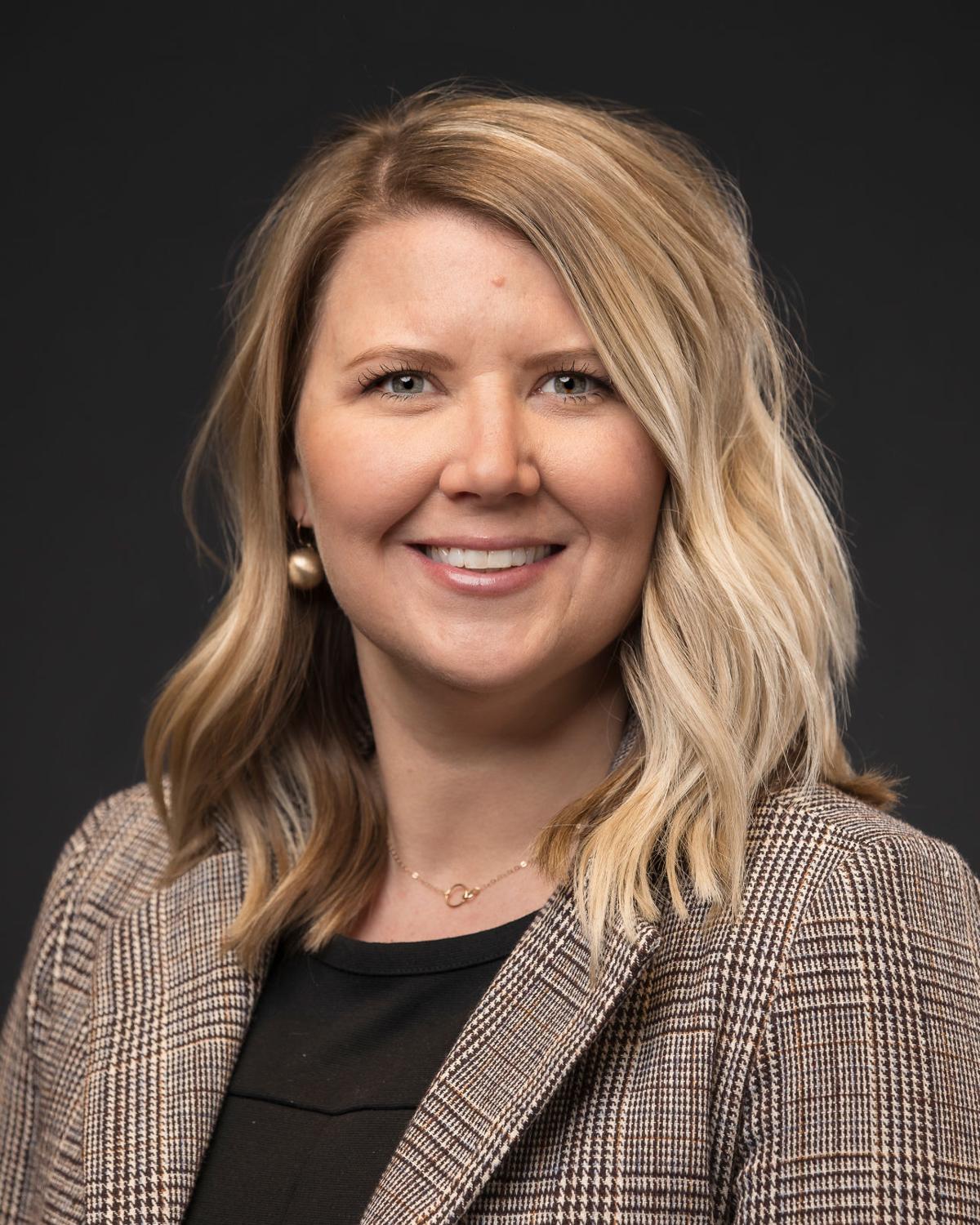 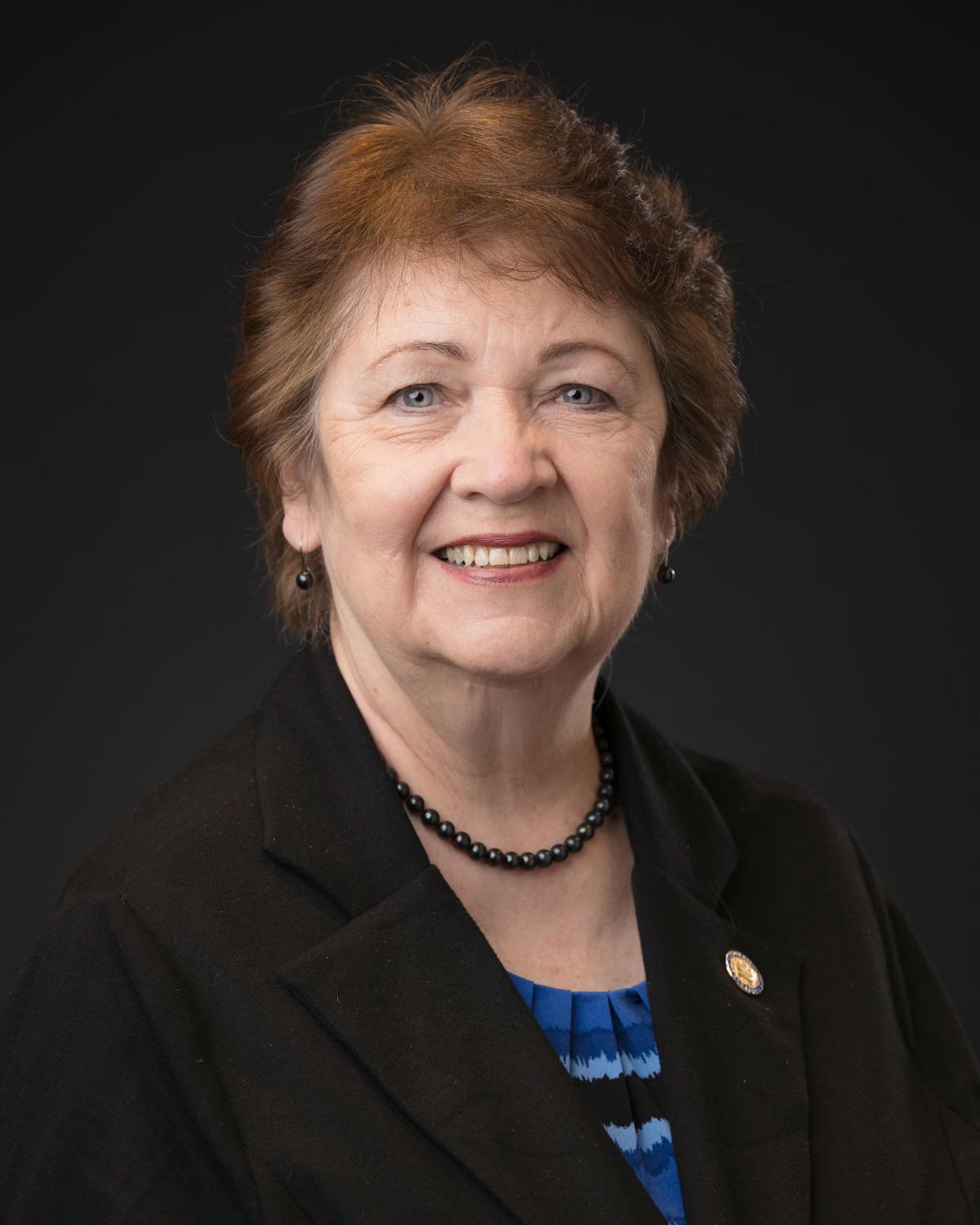 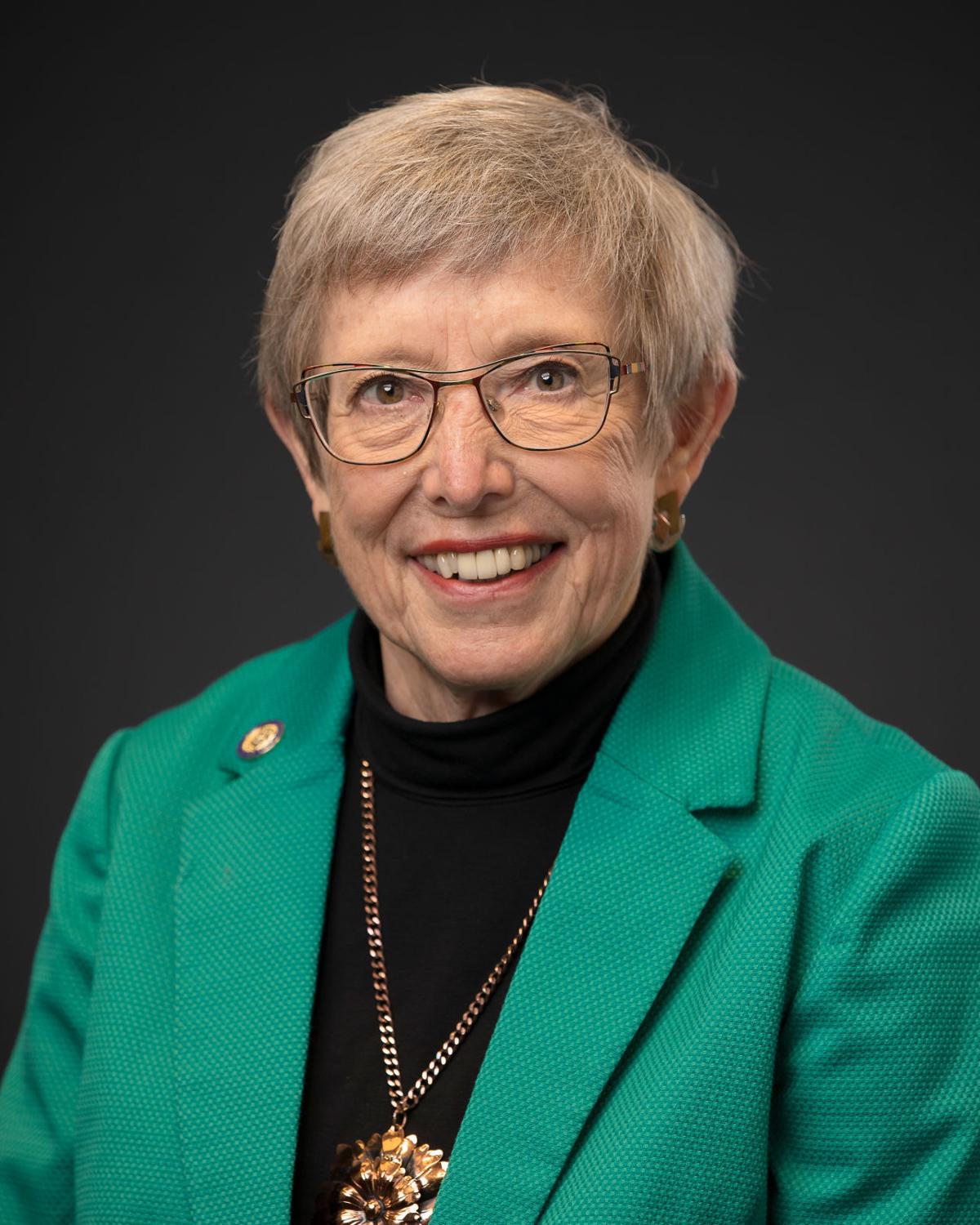 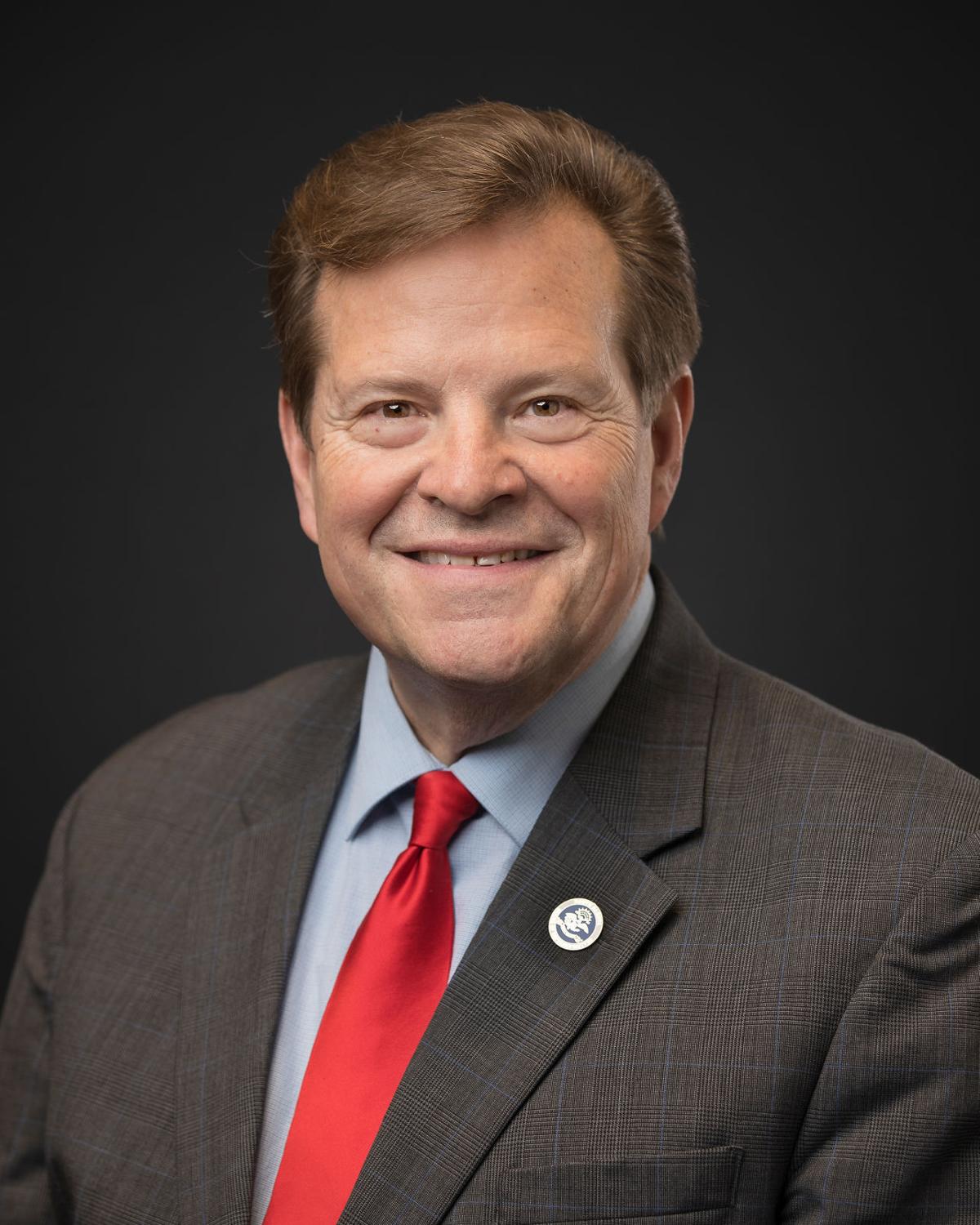