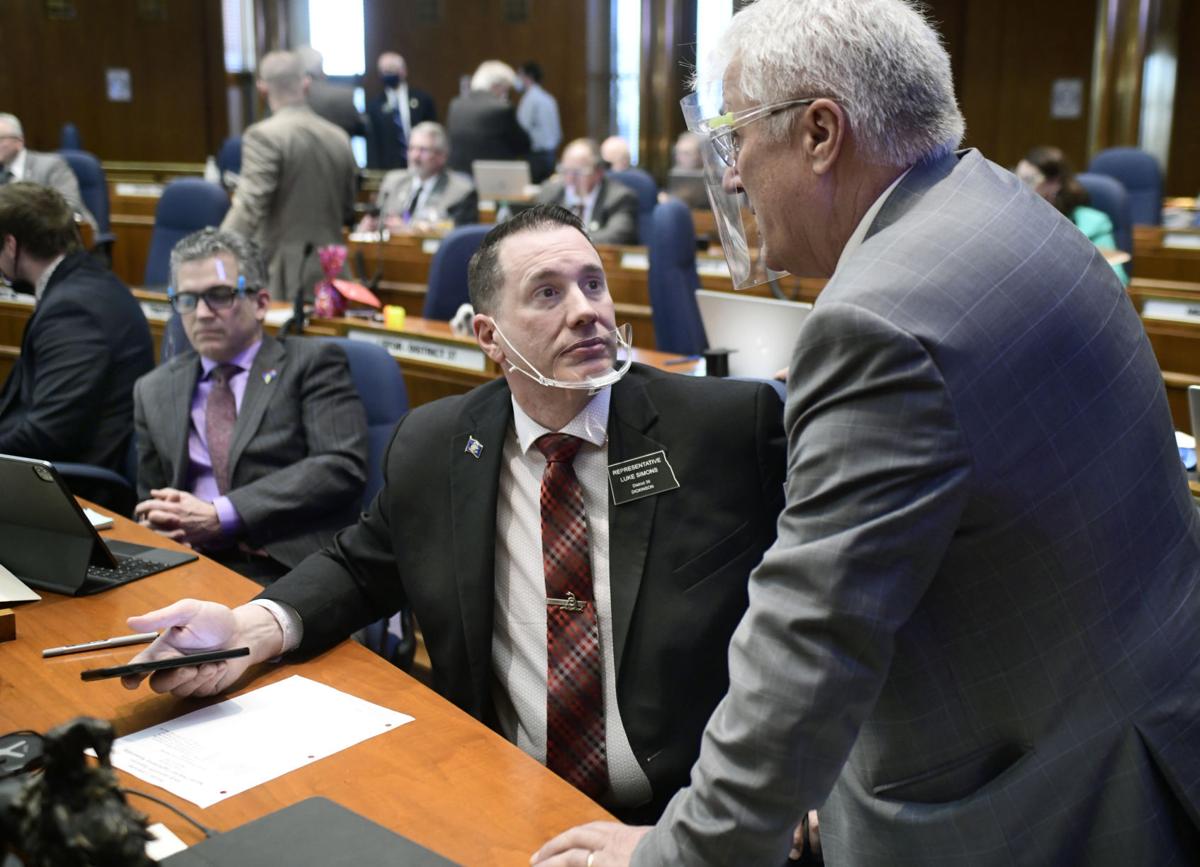 Rep. Luke Simons, R-Dickinson, left, talks with Rep. Terry Jones, R-New Town, at the conclusion of Wednesday's floor session in the House chamber at the state Capitol in Bismarck. 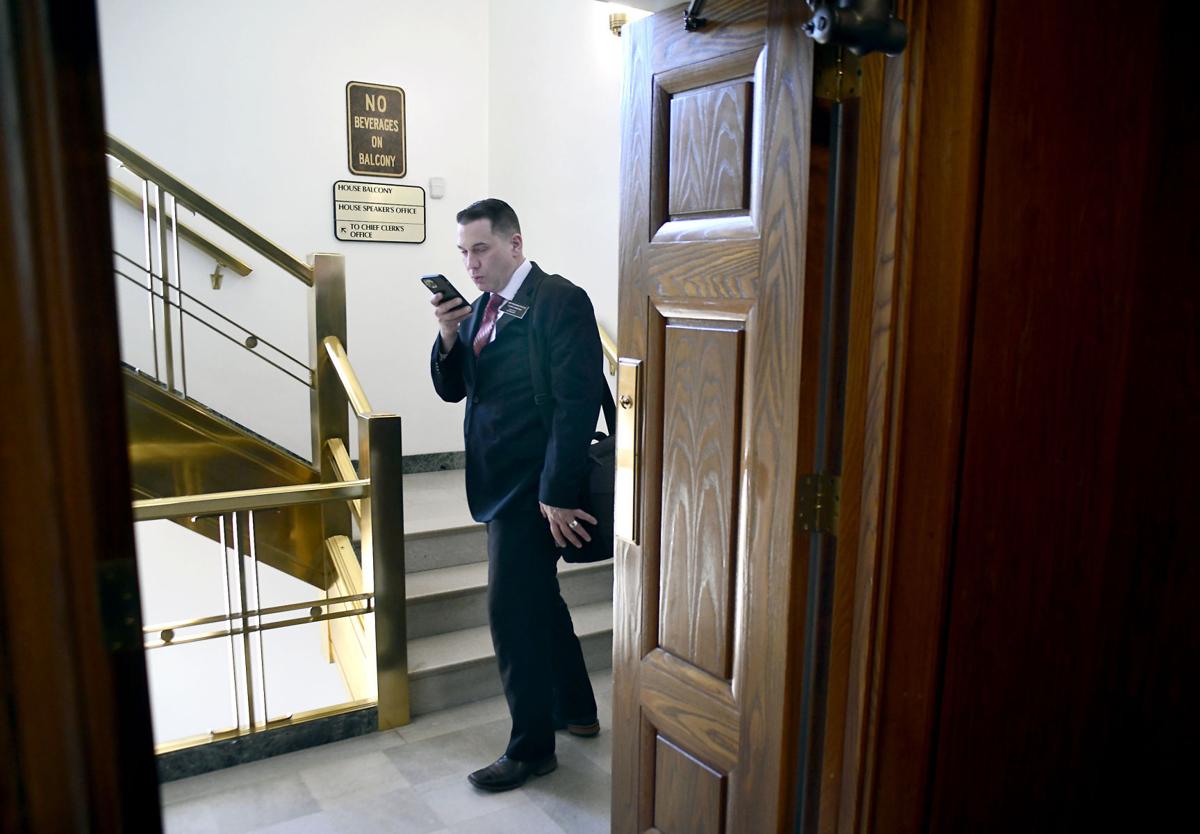 Rep. Luke Simons, R-Dickinson, talks on his cellphone just outside of the House chamber after the floor session on Wednesday at the state Capitol in Bismarck.

North Dakota's House of Representatives on Thursday will consider whether to expel a Republican member reported to have threatened and sexually harassed women in the state Capitol.

House Majority Leader Chet Pollert, R-Carrington, said the House will resolve into a committee of the whole "to address the accusations of workplace harassment." The House will meet at 1 p.m. Thursday. Rep. Luke Simons, R-Dickinson, who has denied any misconduct, and women who have reported their encounters with him will have the opportunity to speak.

Pollert said he expects all 94 representatives to be present in the chamber or by videoconference.

"We have a duty as legislators, and so however long it takes tomorrow, that's what we will be doing," Pollert told the House.

Simons, a barber and rancher, was first elected in 2016 and was reelected last year with 39% of the vote in a five-way race.

The Legislature's nonpartisan research agency of financial and legal experts maintained a 14-page file of reports of female staff and interns who felt uncomfortable around Simons, dating to 2018.

The file includes reports of times he allegedly made advances toward them, commented on their appearances, attempted to give one staff member a shoulder massage, and spoke about shopping for thong underwear.

Bjornson has added two more redacted reports from women to the file this week. One woman describes Simons allegedly making comments about her appearance, referring to her as "that pretty one," insulting her husband and making a reference to Simons' lunchbox possibly containing a bomb. The other details an instance in which Simons allegedly refused to wear a mask in the Capitol and said "I own this building."

Simons' attorney, Lynn Boughey, said the two new reports do not meet the definition of harassment.

Simons in a late Tuesday statement said the file's information is "inaccurate and mischaracterizes my previous statements and actions," none of which "were made with any improper intent, and have been totally misconstrued and taken out of context."

The Legislature in 2018 adopted a workplace harassment policy that outlines a process for handling complaints, including investigation procedures. Lawmakers are trained on the policy every two years.

Legislative staff will distribute a memo to representatives outlining Thursday's proceedings. Pollert told reporters the House will consider a resolution of expulsion, which would require a two-thirds vote.

"Anything can happen. You could have amendments come to the floor, a number of things," he said. "Just because it's a resolution doesn't mean it stays in that language because this would just be like going to a committee hearing, except you've got 94 people."

Rep. Emily O'Brien, R-Grand Forks, said in a statement Saturday that she moved desks to avoid Simons' "harassing behavior." Rep. Brandy Pyle, R-Casselton, reported comments Simons allegedly made about an intern. Simons also made comments about Pyle's appearance, according to the file.

Both representatives told the Tribune they plan to speak on Thursday, but were still working on what they planned to say.

"What I will speak to is the truth," Pyle said.

Pollert said Simons also will have the chance to speak.

Boughey has disputed the House's ability to expel Simons under the circumstances of the allegations against him, saying in a statement Tuesday that beyond censure, the House can only impeach Simons. Impeachment would involve a Senate trial.

Boughey on Wednesday called the pending House floor session a "trial by ambush based on mere allegations by anonymous, unnamed people, without any opportunity for Rep. Simons to present a substantive response going over every allegation."

"If the House Leader succeeds tomorrow in throwing out Representative Simons, then let it be known that he has also succeeded in throwing out our Constitution, basic due process, and the right to a fair hearing," Boughey said in a statement.

Rep. Luke Simons, R-Dickinson, left, talks with Rep. Terry Jones, R-New Town, at the conclusion of Wednesday's floor session in the House chamber at the state Capitol in Bismarck.

Rep. Luke Simons, R-Dickinson, talks on his cellphone just outside of the House chamber after the floor session on Wednesday at the state Capitol in Bismarck. 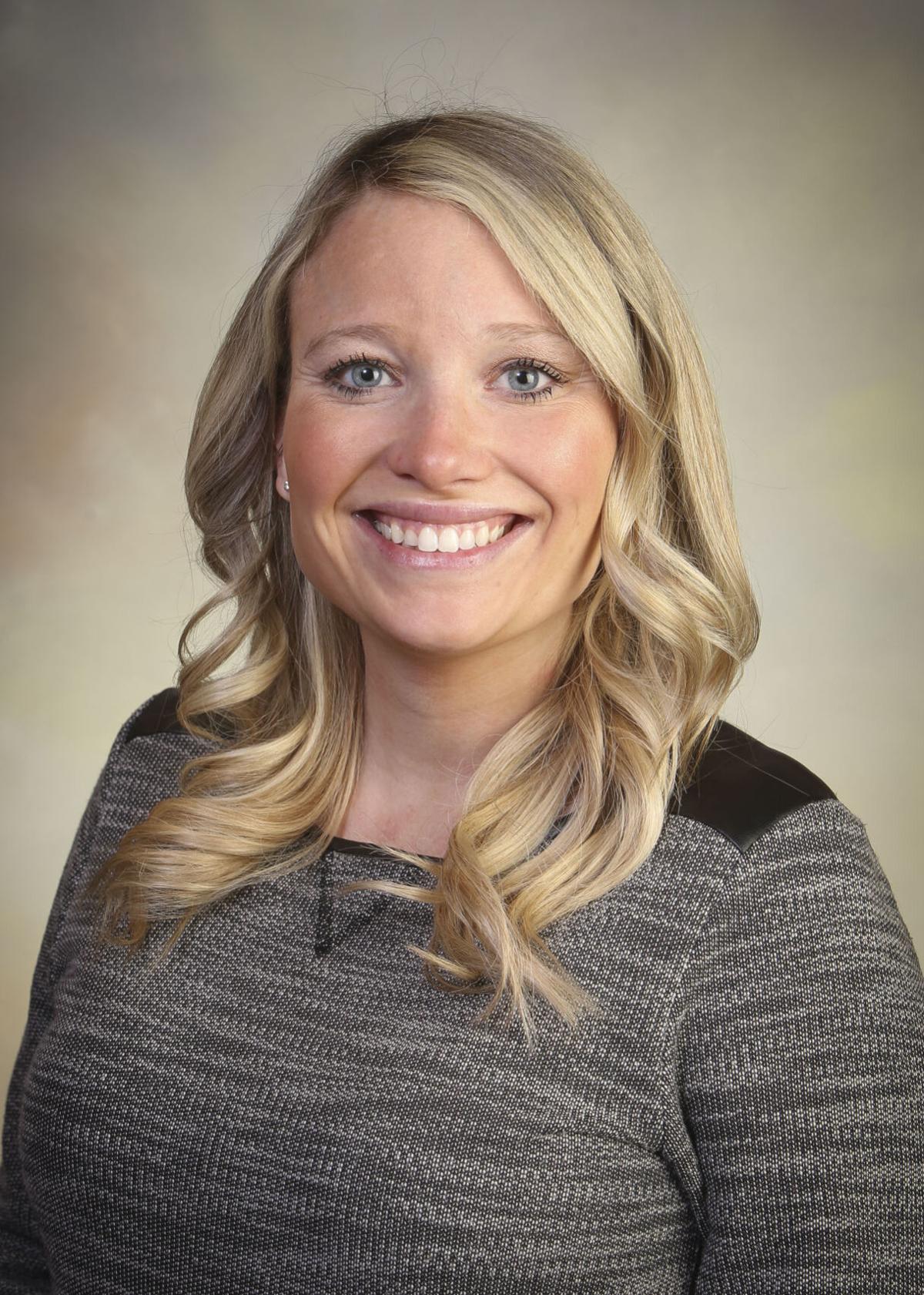 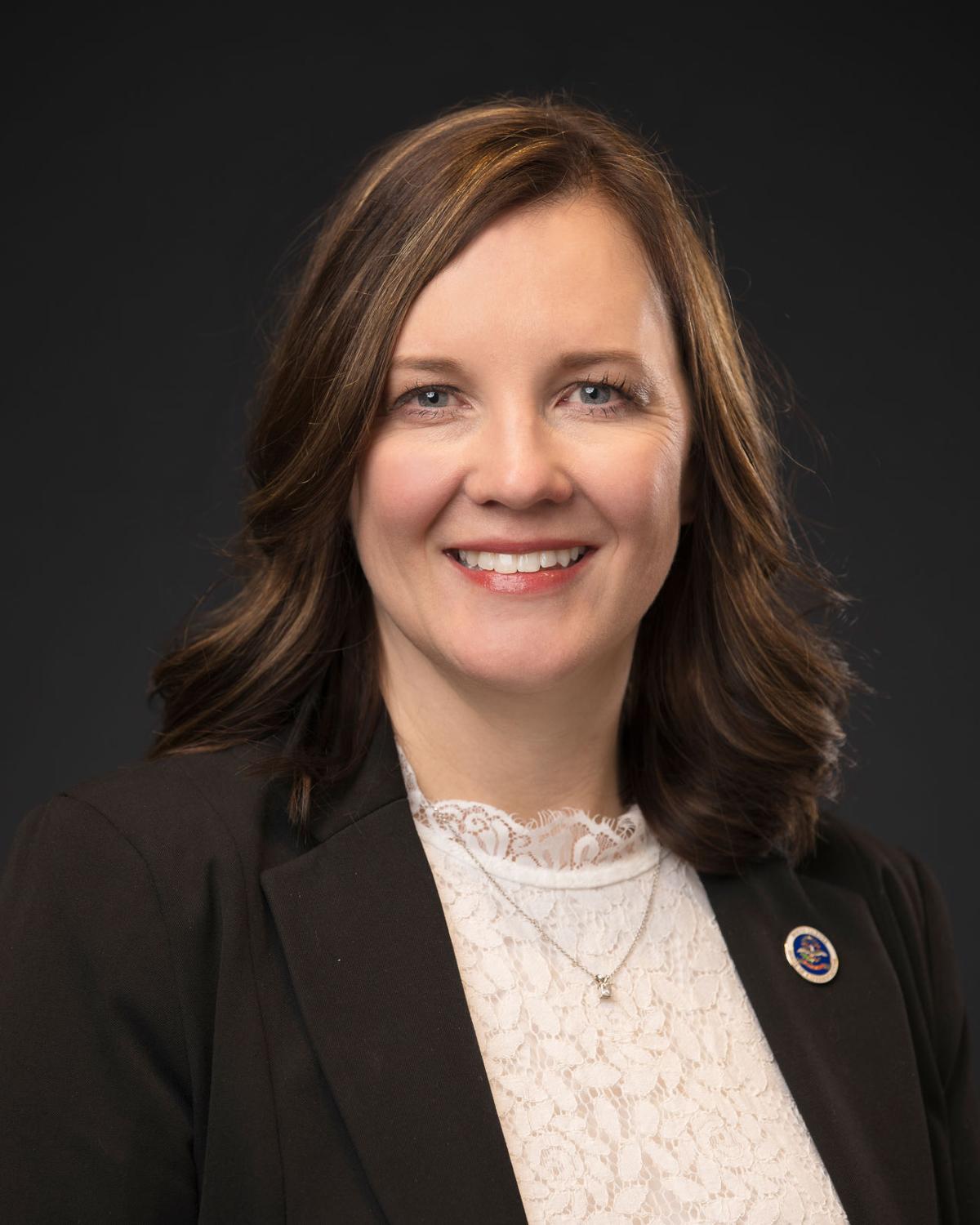