The head of the Mandan, Hidatsa and Arikara Nation made another pitch to North Dakota lawmakers Tuesday to change the oil tax sharing agreement between the state and tribe in a hearing that touched on everything from dual taxation to federal leasing to the Dakota Access Pipeline.

Chairman Mark Fox raised the possibility of MHA Nation levying its own tax on 132 wells that begin off the Fort Berthold Indian Reservation but straddle the boundary. All tax revenue from those wells goes to the state under the existing agreement, amounting to millions of dollars each year. Fox called the situation an “inequity that has existed for a long time.”

Fox has raised the idea of MHA Nation issuing its own tax on oil production before, and it’s partly what brought state leaders and the tribe to the negotiating table in the past to prevent the oil industry from facing an uncertain tax environment.

“If we don’t resolve it this time, that’s exactly what you will have,” Fox said Tuesday during debate over Senate Bill 2319 before the House Finance and Taxation Committee.

State Tax Commissioner Ryan Rauschenberger disputed that the tribe has the authority to levy such a tax. Doing so might violate the tax sharing agreement between the tribe and state, he told lawmakers.

“That’s an area where we have to agree to disagree,” he said.

The bill has gone through several twists and turns this legislative session, and the latest iteration that passed the Senate last month could still lead to tax sharing on the wells in question. But senators attached some strings that the tribe did not agree to, and Fox wants the original terms back on the table.

Notably, the latest version excludes the so-called “straddle wells” in Mountrail County from tax sharing. Just the wells in question from McKenzie and Dunn counties would be included. And the legislation now would kick back the date tax sharing would take effect by two years. The bill was changed after some lawmakers expressed concern about losing out on future revenue.

The bill’s main sponsor, Sen. Jordan Kannianen, R-Stanley, suggested an amendment to the bill Tuesday that would restore it to the original terms hashed out by the tribe and state leaders earlier this year.

North Dakota Petroleum Council lobbyist Brady Pelton said the group has met with the tribe about the issue and supports restoring those terms.

“It is critical to have a stable and consistent business climate in place,” he said.

In the course of Tuesday’s hearing about oil taxes, Fox brought up a draft letter he’s considering sending to the U.S. Army Corps of Engineers concerning the Dakota Access Pipeline.

He asks the agency to consult with the tribe “before any action is taken that would adversely impact the market value of our oil and gas resources which are held in trust on our behalf by the United States.”

The Corps is weighing whether to shut down the pipeline after a judge revoked a permit for the pipeline’s Missouri River crossing at the request of the Standing Rock Sioux Tribe, whose reservation lies just downstream.

The judge rescinded the permit while a court-ordered environmental review is underway. The Corps is in the process of briefing Biden administration officials on the nearly five-year-old legal battle over the pipeline.

In the letter, the tribe says more than half the oil produced on Fort Berthold moves through Dakota Access.

“We were hoping we’d get traction on other matters here, and we are prepared to issue that letter out, and that behooves both of us,” Fox told lawmakers. “But we’ve got to address some of these other inequities … and that’s the hope today, that we can see through any differences we might have and can move forward.”

Pelton said the Petroleum Council has urged Fox to send the letter. The group and numerous state officials want the pipeline to keep operating, as it is among the cheapest ways to move Bakken crude to market.

Attorneys for Standing Rock, the Corps and pipeline developer Energy Transfer are set to appear before a judge April 9 to discuss how the federal agency plans to proceed.

One of the terms agreed to earlier this year by Fox and state leaders in negotiations over oil taxes has to do with President Joe Biden’s indefinite pause on federal oil leasing while the administration reviews the practice.

There are two significant tracts of federal minerals that border Fort Berthold where drilling would not be possible under a potential ban of drilling on federal land.

Joel Brown, mineral services manager with Watford City-based MineralTracker, recently completed an analysis of those federal tracts in McKenzie and Dunn counties. He told lawmakers that if those areas were fully developed -- which is not a guarantee -- the state could stand to gain hundreds of millions of dollars in revenue in as little as 10 years, and counties also would benefit from additional oil money.

The chairman of the House Finance and Taxation Committee raised both the federal leasing issue and the letter concerning the Dakota Access Pipeline as he questioned Fox at the hearing.

“There’s two good-faith efforts you could have done already for not only us but for the whole state of North Dakota,” said Rep. Craig Headland, R-Montpelier. “I’m having a hard time understanding why this is just a draft and why you haven’t already asked for that exemption to extend into the federal lands.”

Fox responded that good-faith negotiations “require movements on both sides, not just one.”

He noted that the tribe has already taken a “big, bold step forward” by securing clarity earlier this year from the Biden administration that the federal leasing pause does not apply to tribal land held in trust by the federal government. Both the tribe and state collect revenue from wells on Fort Berthold trust land under the existing tax sharing agreement and benefit from continued development on the reservation, he said.

“We made immediate action on that matter, and we are again contemplating more,” he said.

Fox indicated the tribe would be more inclined to address other energy priorities for the state if the Legislature resolves the dispute over oil tax revenue from the straddle wells in question.

Energy Transfer is turning to support from the Mandan, Hidatsa and Arikara Nation to further its case for keeping the Dakota Access Pipeline from shutting down.

Here's how many astronauts NASA selects from more than 12,000 applicants

Here's how many astronauts NASA selects from more than 12,000 applicants 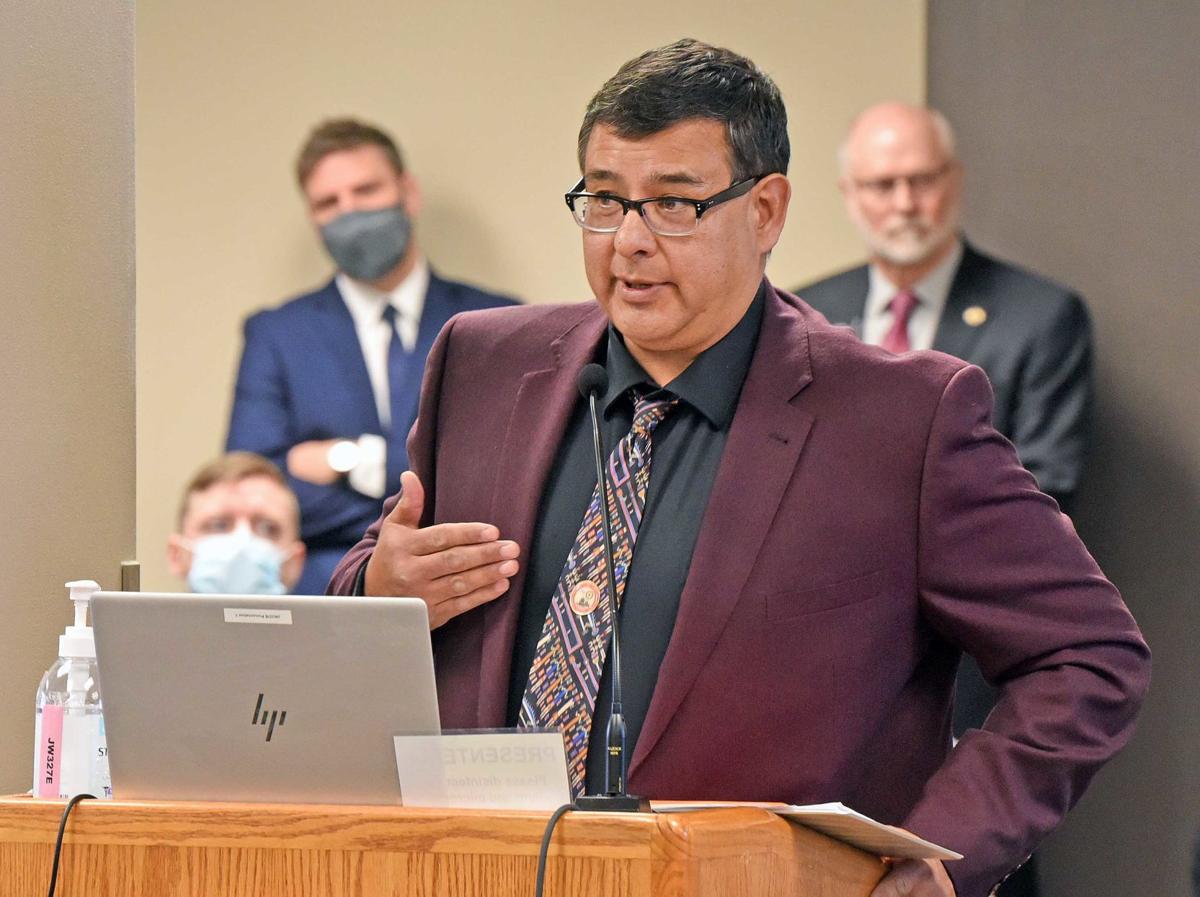 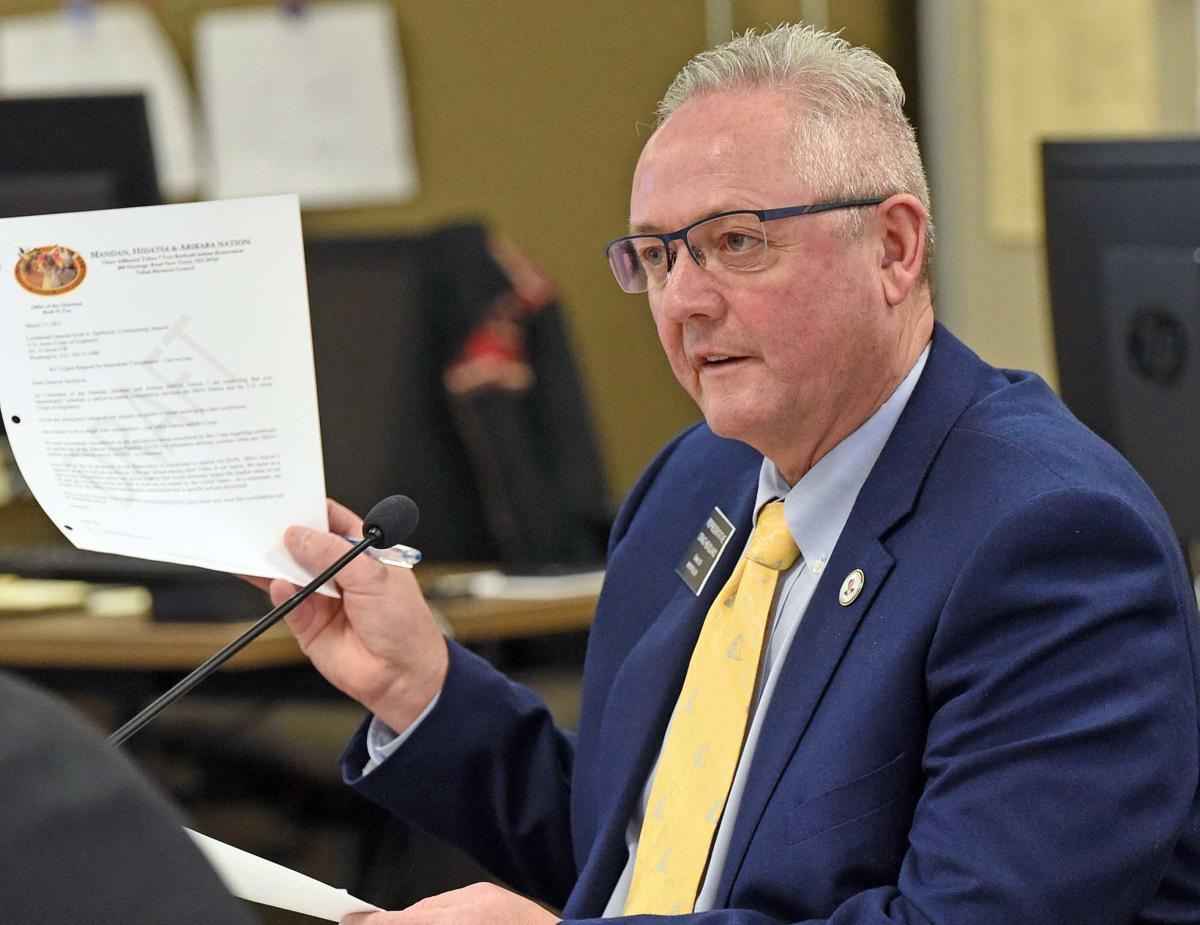 Rep. Craig Headland R-Montpelier, holds up a copy of a letter the Mandan, Hidatsa and Arikara Nation is considering sending to the U.S. Army Corps of Engineers asking for consultation on the Dakota Access Pipeline. Headland is chairman of the House Finance and Taxation Committee, which met at the state Capitol on Tuesday. 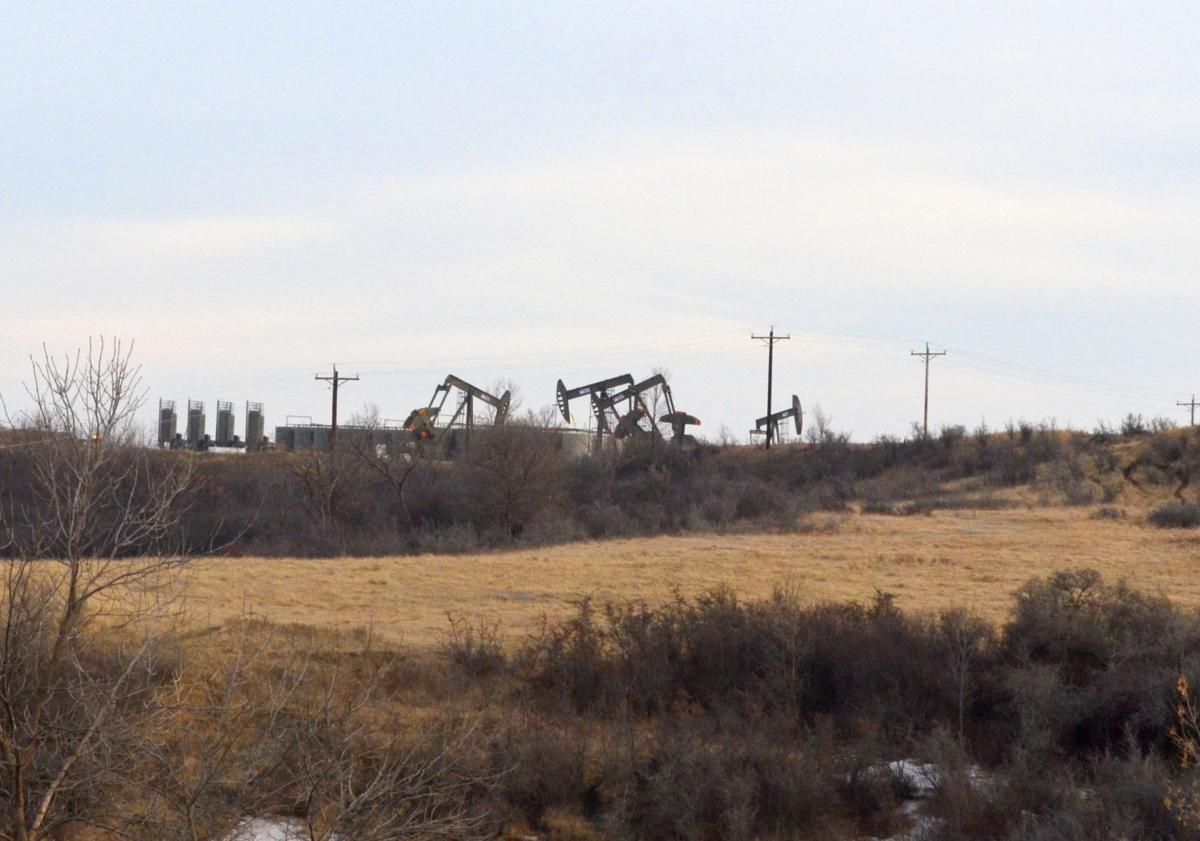 These oil wells start just off the Fort Berthold Indian Reservation in McKenzie County and cross the border as they extend horizontally underground. The Three Affiliated Tribes does not collect tax revenue from them but hopes to see that change under a bill before the North Dakota Legislature.