Kroshus, Buchmann face off again for PSC seat
Share this
{{featured_button_text}}
1 of 2 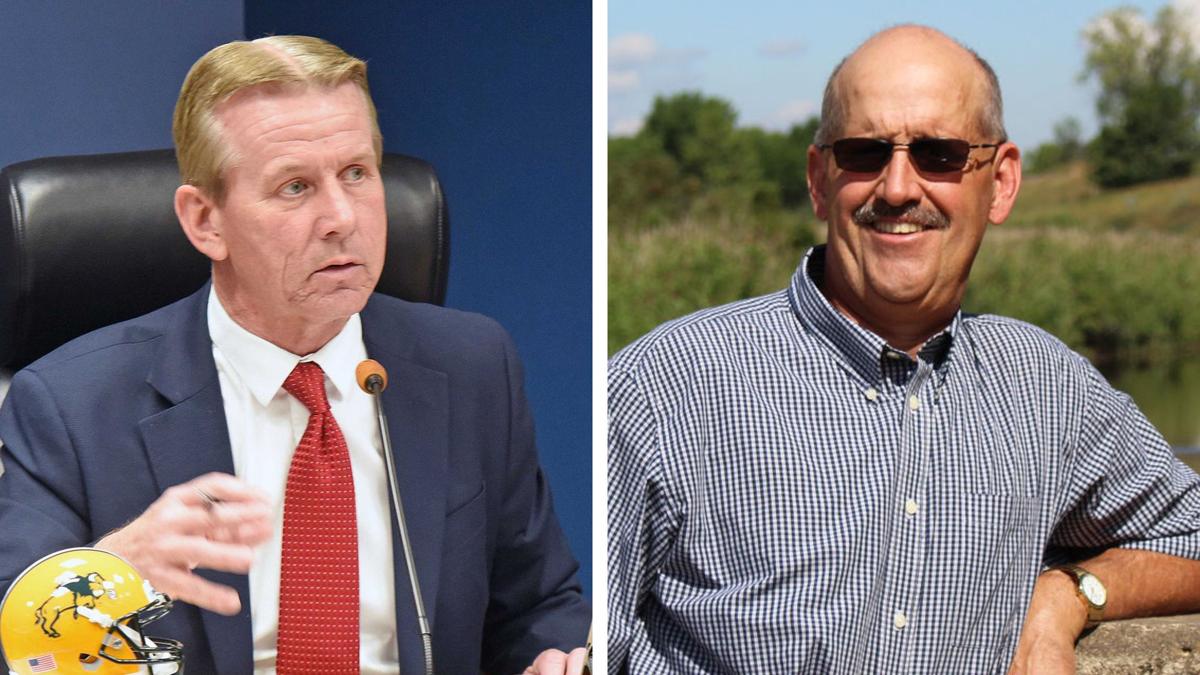 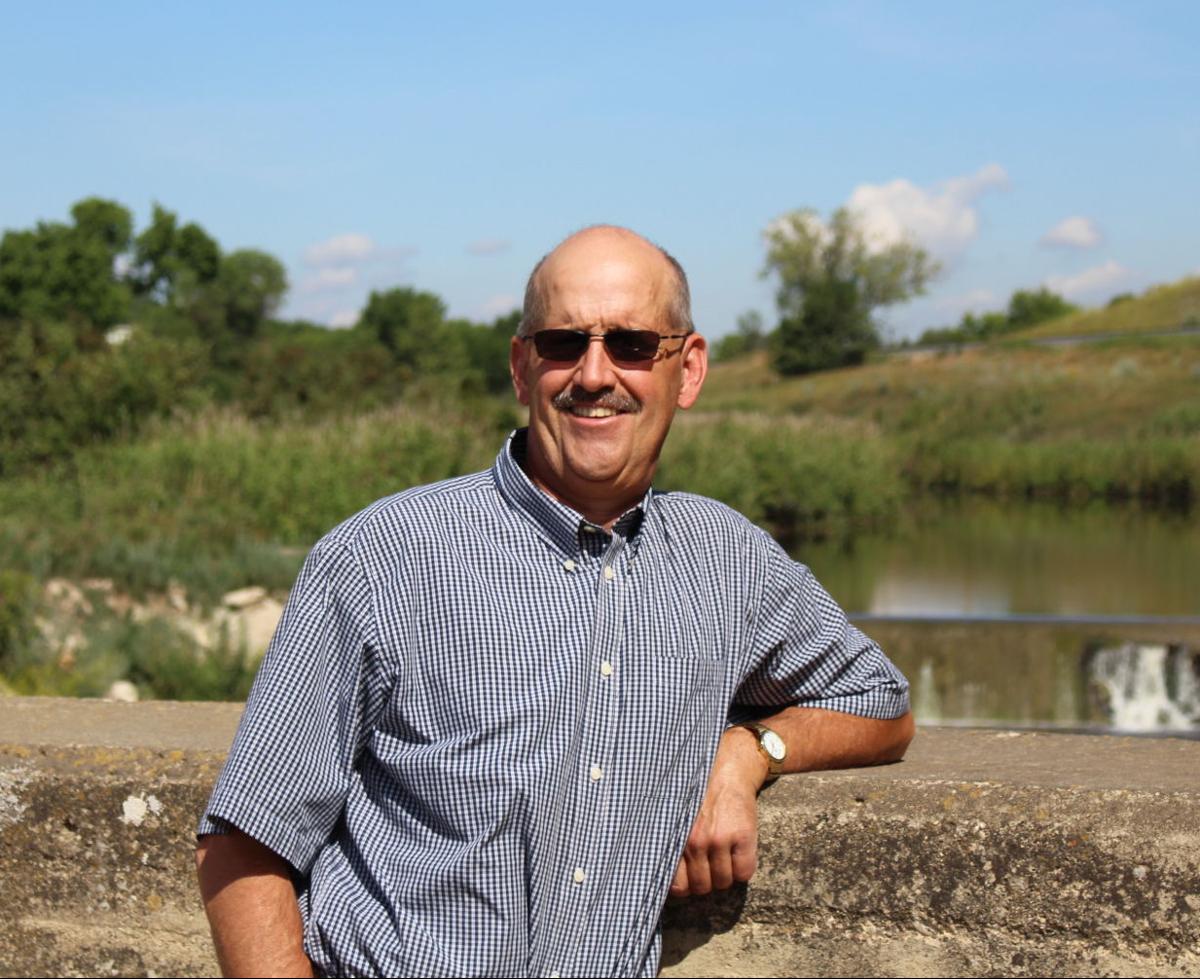 The chairman of North Dakota’s Public Service Commission is seeking to retain his position on the three-body panel in November, and he faces the same challenger he did two years ago.

Incumbent Republican Brian Kroshus, a former newspaper publisher, is vying to keep his seat against Casey Buchmann, a 30-year union ironworker running on the Democratic-NPL ticket.

Kroshus, from Bismarck, said his priorities for the job include ensuring efficiency and fiscal responsibility in running the PSC, and he considers his background in the private sector a strength.

“We were always looking for efficiencies in the businesses I was involved in,” said Kroshus, who spent 30 years working in newspapers.

Kroshus, 56, left his role as publisher of The Bismarck Tribune in 2015 to run for state auditor, but he did not receive the Republican nod. Gov. Doug Burgum appointed him to the PSC in 2017 to fill a vacancy, and he was elected in 2018 to finish out the two remaining years in his predecessor’s term.

Kroshus has served as chairman of the PSC since 2019, a role that rotates to a new commissioner every two years.

He cited transparency as another of his priorities on the commission, saying it’s the responsibility of government officials “to be very thorough letting (the public) know what we’re working on and how we’re working on it.”

He said he’s made it a point to provide his personal cellphone number to anyone who asks, and it’s listed on his campaign website and Facebook page.

“If people have questions, I want them to call me,” he said.

His challenger, Buchmann, lives near Washburn. He grew up in Stanton as the region’s coal-fired power plants were built and worked on some of them. Through that experience, he said, he saw how unions benefited the middle class.

He moved to Kansas City, Mo., in the 1980s, part of a “mass exodus” of workers from the state’s coal-producing region once the plants were built and “everything started to slow down in North Dakota,” he said.

When he came back in 2007, he noticed a stark contrast with Republicans at the helm across much of state government, compared to the days of the administration of Democratic-NPL Gov. Art Link, who he said worked with the PSC and unions.

“I wondered what happened to the government I knew from the one I left,” Buchmann said. “There was no working together. It was a supermajority rule.”

The Bakken oil boom kicked off upon his return to North Dakota, and the oil industry’s influence upon state government has grown, he said.

“Oil gets their way. They snap their fingers, and the state government passes it,” he said. “To me, that ain’t the way it should be done. State elected officers should work for the people of North Dakota.”

Buchmann, 56, identifies as a member of the Nonpartisan League, which promoted progressive reforms in the state in the early 20th century, including the founding of the Bank of North Dakota and the State Mill and Elevator in Grand Forks.

In the 2018 general election, Kroshus won with 62% of the vote over Buchmann. The PSC’s other two members, Julie Fedorchak and Randy Christmann, both are Republicans.

Energy Transfer’s planned expansion of the Dakota Access Pipeline, which involves building a new pump station in Emmons County to help push through more oil, is the most high-profile case to have come before the PSC this past year.

The commission held an all-day hearing in Linton last November that extended past midnight as members of the Standing Rock Sioux Tribe and others testified. Tribal members raised questions about the risk of a spill, and expert witnesses on both sides spoke at length about pipeline safety.

In February, the PSC voted unanimously to approve the company’s expansion plans.

Kroshus, who was not on the PSC in 2016 when the commission OK'd the original pipeline, said he believes there was “a much better dialogue” this time around, as Standing Rock formally intervened in the case. The tribe had a seat at the table during the hearing, and numerous tribal members shared their point of view with commissioners, he said.

“I think it was a good example of how the process can work,” he said, adding that with every contested project, the commissioners’ final decision is going to please only one side.

Buchmann said he felt the PSC "did not really listen to the tribal leaders" on the expansion.

“That happens too often with the GOP,” he said. “As a public service commissioner, I would embrace my Native friends, my Native brothers and sisters, and I would listen to them and understand and hear their cries.”

The PSC has jurisdiction over various aspects of the wind and coal industries. Tension has grown this year between the two industries, precipitated by Great River Energy’s planned closure of Coal Creek Station, the largest coal-fired power plant in North Dakota.

Buchmann, who lives near Coal Creek, said that every industry has a shelf life, including coal, though he thinks coal won’t ever disappear completely from the state and he’s for keeping jobs.

The state can do more to advance all types of energy, he said.

“I wish leaders would just say, ‘OK, we should start thinking of something to bring into the Washburn area to replace these high-paying jobs,’” he said. “I think the PSC should be talking about it.”

Kroshus said the PSC’s role “is to remain energy agnostic and not apply our own personal preferences,” as the commission is a regulatory body, not a lawmaking one.

But he said he does believe coal needs to stay a part of North Dakota’s energy mix.

“Utilizing it as cleanly as possible and applying technology such as carbon capture is important, not just to the state, but in terms of grid security and reliability for individuals across the Midwest,” he said. “We certainly don’t want to get to the point where we are experiencing brownouts and power interruptions like in some parts of the country.”

From time to time, the PSC must decide whether to authorize rate increases requested by utility companies.

“Even before COVID it was important, but now it’s incredibly important for people on fixed incomes to have access to an affordable supply of energy,” Kroshus said.

At the same time, the PSC wants “healthy utilities because that ties back to reliability,” he said. “It’s about creating a balance that accomplishes all those things.”

Buchmann said the PSC ought to have requested coronavirus stimulus dollars awarded to the state by the federal government to help utility companies during the pandemic so that they don’t need to increase rates upon their customers.

“Until the pandemic is over, there shouldn’t be anything raised, one bit,” he said.

State officials want to repurpose $16 million in coronavirus relief aid and put it toward grants for fracking.

State leaders voted Friday to reallocate $221 million in federal coronavirus relief to state agencies to spend on everything from businesses' virus mitigation measures to education to fracking.

A seismic shift: North Dakota turns from blue to red

North Dakota has seen a seismic political shift in recent decades, with the state turning from blue to red.

Several companies are considering acquiring Coal Creek Station and the transmission line that runs from the McLean County power plant to Minnesota.

State leaders voted Friday to reallocate $221 million in federal coronavirus relief to state agencies to spend on everything from businesses' virus mitigation measures to education to fracking.

Tracy Potter and Leo Vetter are running to be the next Burleigh County auditor. The winner will serve until 2022.