A judge on Thursday struck down North Dakota’s new “pore space” law following a lawsuit from landowners, who call the measure surrounding the use of cavities in rock or soil a “taking” of private property rights.

Northeast District Judge Anthony Benson concluded the law “acts to give North Dakota landowners’ value from pore space to the oil and gas industry, for free, under the guise of the North Dakota Industrial Commission.” He declared the law unconstitutional and said North Dakota citizens are protected from such an action by both the state and U.S. constitutions.

The head of the Northwest Landowners Association, which sued the state in 2019, was elated when he heard news of the ruling midday Thursday.

The law passed the 2019 Legislature, drawing support from the oil industry and criticism from the landowners group. Supporters of the measure sought to clarify issues surrounding pore space, which is used when the petroleum industry injects saltwater from oil and gas production underground for permanent storage, or for enhanced oil recovery, which involves pumping carbon dioxide from coal plants and other facilities into oil oil fields to extract more crude.

Landowners have complained that the law deprives them of their right to compensation for the use of their pore space, and that it prevents them from taking oil companies to court over the matter.

“With energy development in this state, pore space is a massive, massive part of the puzzle,” Coons said.

Coons said his group gave everything it had to fight the “very, very complex” legislation and educate lawmakers about their concerns.

The North Dakota Petroleum Council pushed for the law, and President Ron Ness said Thursday that he was disappointed in the judge’s ruling.

“No matter how this court ruled we expected one side to be disappointed,” he said in a statement to the Tribune. “We expect to see an appeal, there will be more to come.”

Derrick Braaten, an attorney for the landowners association, said he has several landowner clients who have been affected by the law. Their situations involve a lapsed lease for a saltwater disposal well or negotiations over a new lease, and the clients sensed the discussions with the companies involved were “pretty significantly impacted” by the change in law, he said. The landowners were left with the impression that the companies seeking to use their pore space felt they might not need to provide compensation, he said.

Oil companies are watching the lawsuit closely, and its outcome could affect a separate federal suit between Continental Resources and a landowner family, Braaten said.

Continental, a major oil producer in North Dakota, intervened in the pore space lawsuit and is considered a defendant alongside the state.

A spokeswoman for the state attorney general’s office said the department is reviewing the judge’s order. The Industrial Commission, a three-member panel involved in regulating the oil industry, will discuss the matter at its meeting next week, said Karlene Fine, the commission’s executive director. That discussion is expected to take place privately in a closed session, as is common when commission members are talking about litigation.

A spokesman for Gov. Doug Burgum, who chairs the commission, said the governor doesn't comment on pending litigation. A Continental representative did not immediately respond to a request for comment.

These ancient Moroccan granaries could be the world’s oldest banks

These ancient Moroccan granaries could be the world’s oldest banks

A judge heard arguments Thursday over North Dakota's "pore space" law, which pertains to matters such as saltwater disposal and carbon dioxide injection in the state’s oil fields.

An oil company wants to intervene in a dispute over the state's “pore space” law, a move opposed by a landowners group that filed the suit.

A joint House-Senate conference committee made changes to a controversial energy bill on Friday, removing language related to the temporary st…

Gov. Doug Burgum signed a complex energy bill on Thursday that clarifies issues related to pore space, or the void or cavity in underground ro…

A controversial energy bill passed the North Dakota House Thursday, but a landowner group plans to continue raising concerns as the legislatio…

Attorneys who represent landowners are raising concerns about an energy bill that sailed through the North Dakota Senate, with one calling it …

Lawmakers are considering a bill that would give state regulators the authority to permit the underground storage of natural gas, natural gas liquids and oil.

A bill meant to help facilitate storing natural gas underground is advancing through the Legislature, but it could face a legal challenge from landowners. 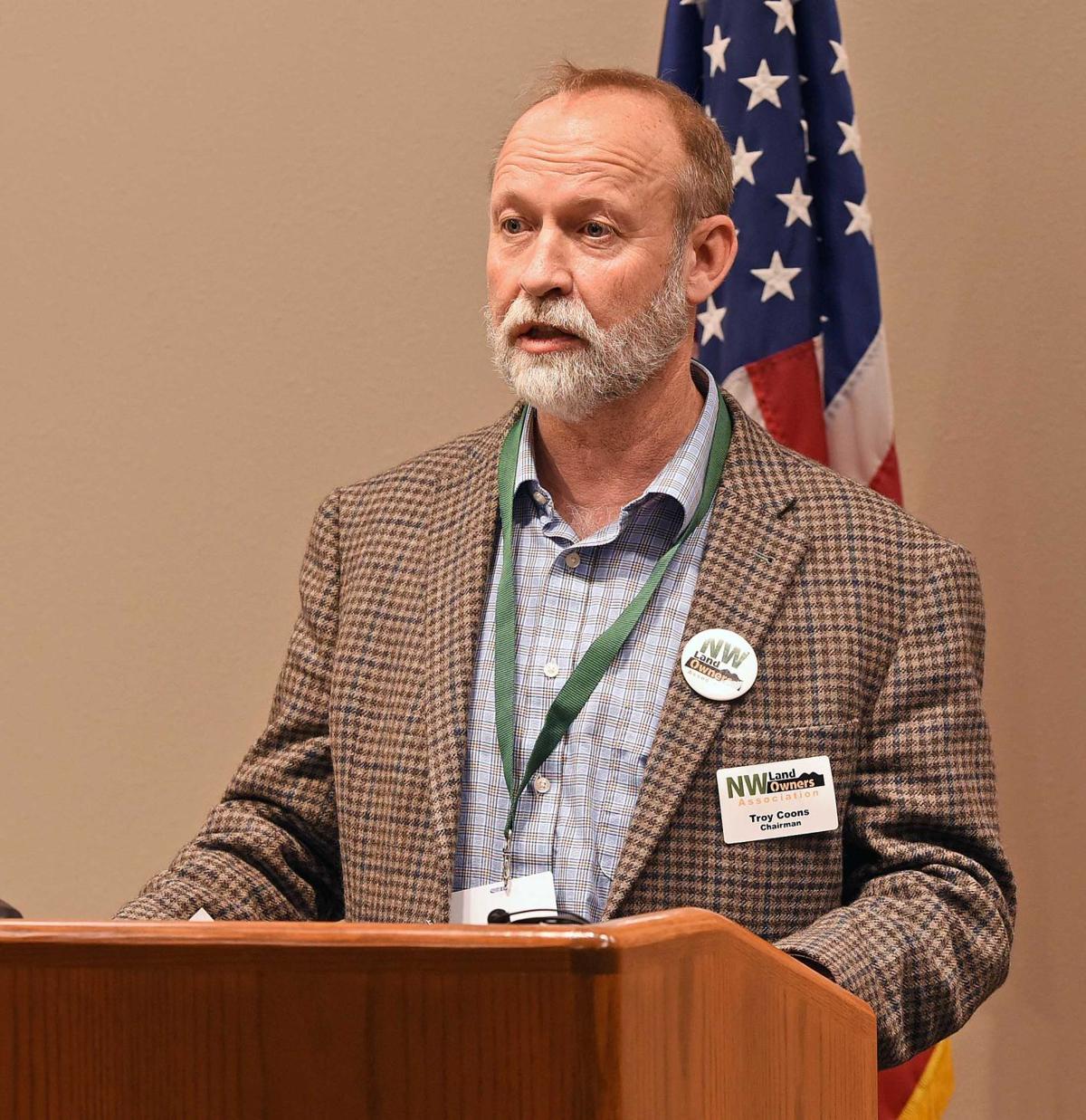 Troy Coons is chairman of the Northwest Landowners Association, which secured a victory Thursday in its lawsuit over North Dakota's 2019 pore space law. 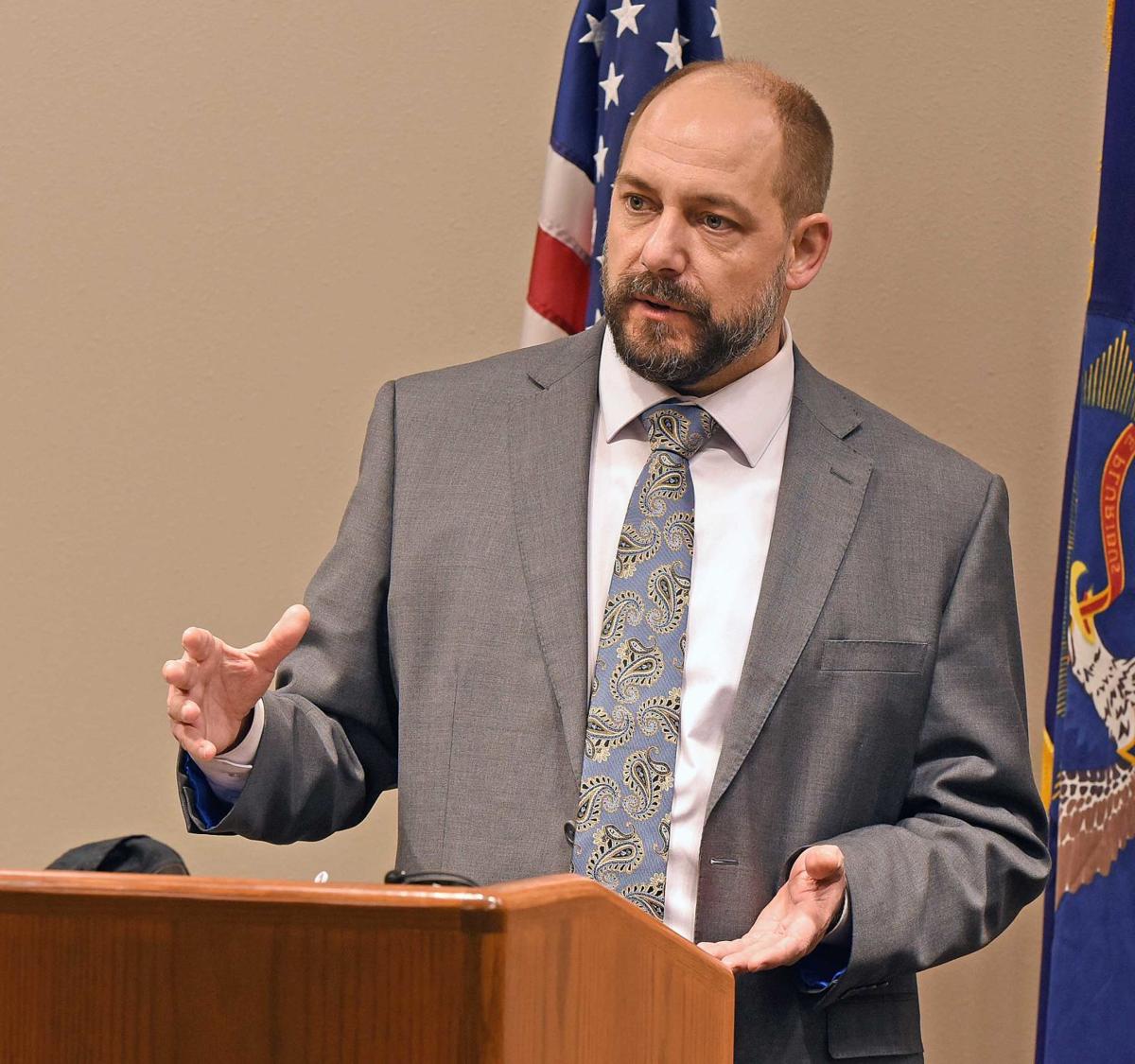 Derrick Braaten is an attorney for the Northwest Landowners Association.