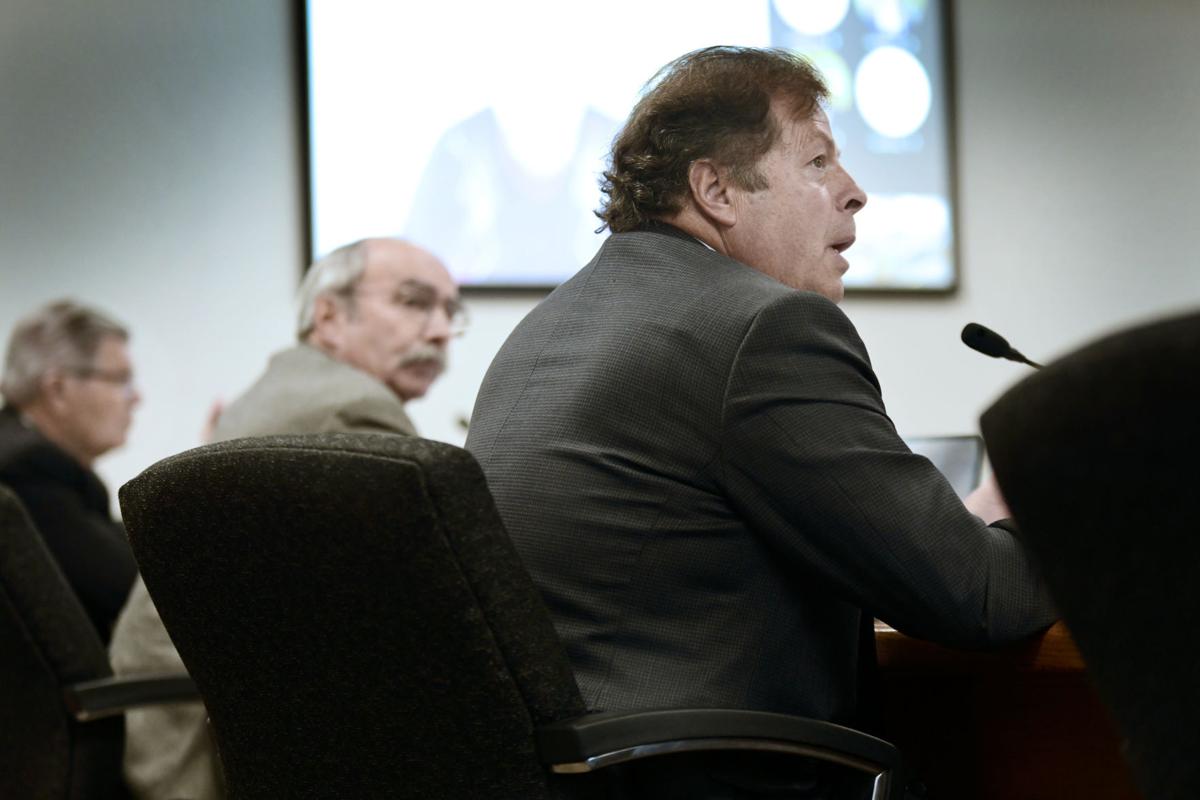 Rep. Keith Kempenich, R-Bowman, right, chairman of the Legacy and Budget Stabilization Fund Advisory Board, presides over the in-state investment proposals during Thursday's meeting at the state Capitol in Bismarck. 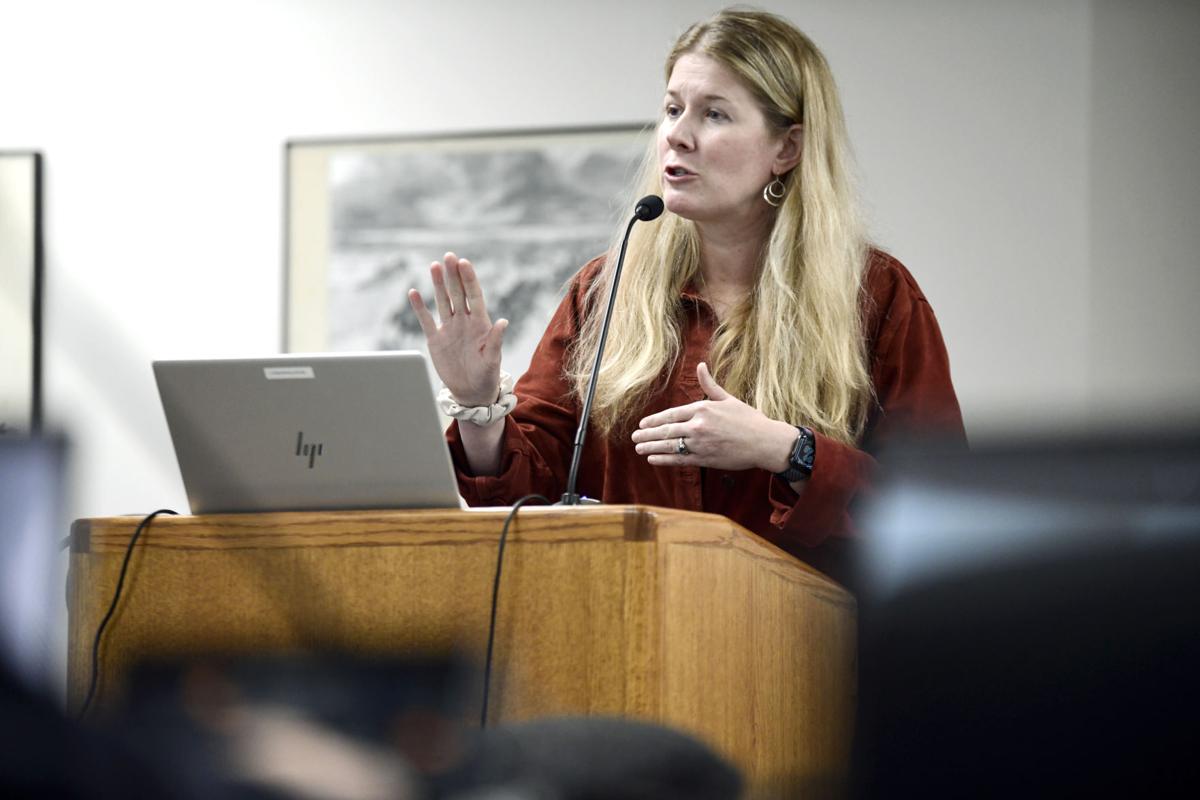 State Retirement and Investment Office Interim Executive Director Jan Murtha talks to members of the Legacy and Budget Stabilization Fund Advisory Board at the state Capitol in Bismarck on Thursday.

New mandates for investing North Dakota's oil tax savings have been hampered by an understaffed state agency and a lack of process for investment proposals, and marked with little transparency over how some money is being invested.

Thirty percent of monthly state oil tax revenue goes into the Legacy Fund, which voters created in 2010. The 2021 Legislature passed a bill directing the State Investment Board to invest a target 20% of the $8.4 billion fund in the state, putting half in equities, or investing in companies in the state, and the other half in infrastructure loans to local governments and a business loan program through the state-owned Bank of North Dakota.

The first 10% includes 3% targeted by the North Dakota Growth Fund, which made its first investment this week, in St. Louis-based Lewis & Clark AgriFood.

50 South Capital, which manages the Growth Fund as general partner, has refused to divulge the investment amount, citing confidential information. The Growth Fund is authorized up to $250 million but has $100 million for its initial five-year investment period.

50 South also has refused to release its partnership agreement, saying it also is confidential.

State Retirement and Investment Office Interim Executive Director Jan Murtha cited an exception to North Dakota's open records law, that to disclose the investment amount would cause "competitive injury" to the state.

The agreement's confidential nature is not unique to the Growth Fund or North Dakota, she said.

"We have not disclosed that level of agreement for any manager for any investment because those agreements are your secret sauce, essentially," she said. "That is specific, negotiated terms that, again, if they were to be disclosed, could hamper the state's ability, then, to enter into agreements with other managers."

One watchdog wonders what the danger is.

"In my mind, I guess the idea would be that you want to publicize this as much as possible and make it attractive to other people to maybe try to take advantage of it," North Dakota Newspaper Association attorney Jack McDonald said. "And by keeping everything under the board, you have no idea what's involved, you have no idea how much money you might get or what might be involved, and frankly, North Dakota citizens still don't know what that money is doing."

50 South has touted Lewis & Clark AgriFood's "long track record of investing" in North Dakota, but it has invested only in the Fargo-based Bushel agriculture software company, which filed with the state as a corporation in late 2019. 50 South Managing Director Trey Hart said AgriFood does meet the Growth Fund's eligibility requirements.

"I think there's always been in an interest in North Dakotans taking care of North Dakotans, and this (mandate) was the way to do it," he said. "I just think the more information about it, the better it's going to be."

A key state lawmaker sees the disclosure of the investment amount as inevitable and important, citing transparency of public money.

"Any of these investments, as they get struck, are going to have some time to get the details finished out on it, but there is an expectation of what funds the state provided into investments," said Rep. Keith Kempenich, R-Bowman, who chairs the Legacy Fund's advisory board, which met Thursday.

But there's no timeline or policy for releasing private equity investment amounts, he said. The state has previously only done public investments, he said.

"We probably will have to have a conversation about what expectations are, but I'd say within 30-90 days that there'd be a disclosure of what, how it got spent," said Kempenich, the No. 2 House budget writer. He expects there to be at least yearly reports, as early as December.

Murtha said "whatever we are required to disclose is going to be out there," likely investment data in aggregate form later on.

The advisory board on Thursday approved of doing a study of the Legacy Fund's portfolio and new investment mandates. Murtha expects the study to produce results in early 2022.

Her office has been beset by understaffing, having lost 175 years of experience in the last year and a half due to employees' retirements and resignations. The office oversees about $20 billion of assets.

Murtha has asked the Legislature this fall to use special funds to add six new positions to help meet the expectations of the Legacy Fund investment mandates. Thirteen of 19 office positions are filled, and the office needs a chief risk officer and chief investment officer.

The understaffing has impeded the full rollout of the investment mandates.

The delay in a 7% Legacy Fund in-state investment component has frustrated the bill's sponsor, Rep. Mike Nathe, R-Bismarck, who attributes the slow pace to the advisory board.

Public interest is high in the Legacy Fund, he said. The advisory board on Thursday reviewed several proposals expressing interest, but it has no framework to act on them. People and companies have ideas, Nathe said.

"The problem is there's no phone number, there's no door to knock on, there is nobody to present this plan to," said Nathe, who has prepared a bill draft for an "in-state impact investment committee" to develop guidelines for eligible investments. He called the delay "extremely frustrating."

Kempenich, the panel's chairman, noted the "perfect storm" of Retirement and Investment Office understaffing, including the lack of a chief investment officer. He pointed out other components of the investment mandates are in place, such as the Growth Fund.

"It takes a while to move this around," Kempenich said.

"We are extremely disappointed that a process has not been developed to allow strategic investments in economic development projects across the state of ND and across many growth sectors in the state that do not 'fit' into the investment model provided by 50 South Capital," wrote Jamestown/Stutsman Development Corporation CEO Connie Ova.

Bank of North Dakota President Todd Steinwand, an advisory board member, said, "I think that's what this committee needs to do, is start and find a process that allows these investments or these people to submit an application, but then who makes the investment decision? How is that vetted? How is that handled? What criteria does it make?"

The board, which has met twice in two weeks, took no action Thursday on a process, but Kempenich said the panel next month will discuss "overall parameters."

"I want to expedite this as much as anybody," he said.

Murtha told the panel it can expect "quite a few meetings" over the next six to seven months as her office brings on a chief investment officer and as the Legacy Fund study plays out.

North Dakota Bankers Association President and CEO Rick Clayburgh said financial institutions have been waiting many years for the opportunity.

"I just don't want us to lose sight of this whole idea of allowing our financial institutions the opportunity at least to be considered for money management purposes in the state," he told the board.

Lawmakers last week hit a snag in a bill to reshape the board guiding North Dakota's $8.3 billion oil tax savings, but the issue didn't derail the special session.

Burgum signs off on $1B in Rescue Plan spending; putting cap on special session

Rep. Keith Kempenich, R-Bowman, right, chairman of the Legacy and Budget Stabilization Fund Advisory Board, presides over the in-state investment proposals during Thursday's meeting at the state Capitol in Bismarck.

State Retirement and Investment Office Interim Executive Director Jan Murtha talks to members of the Legacy and Budget Stabilization Fund Advisory Board at the state Capitol in Bismarck on Thursday. 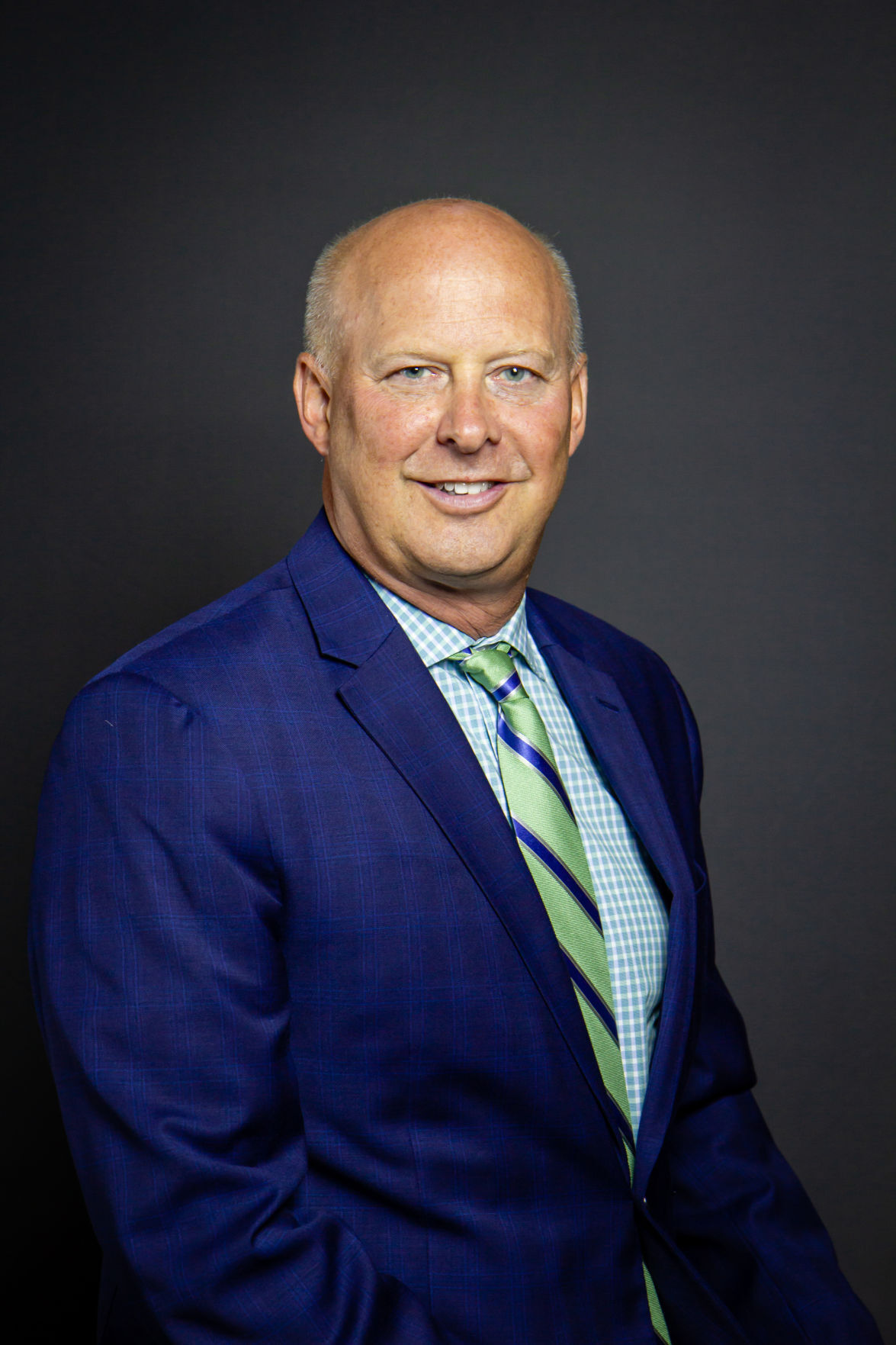 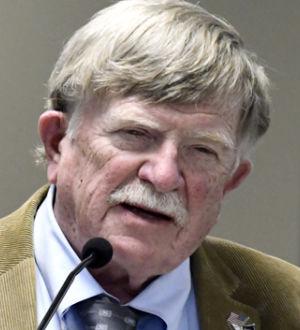