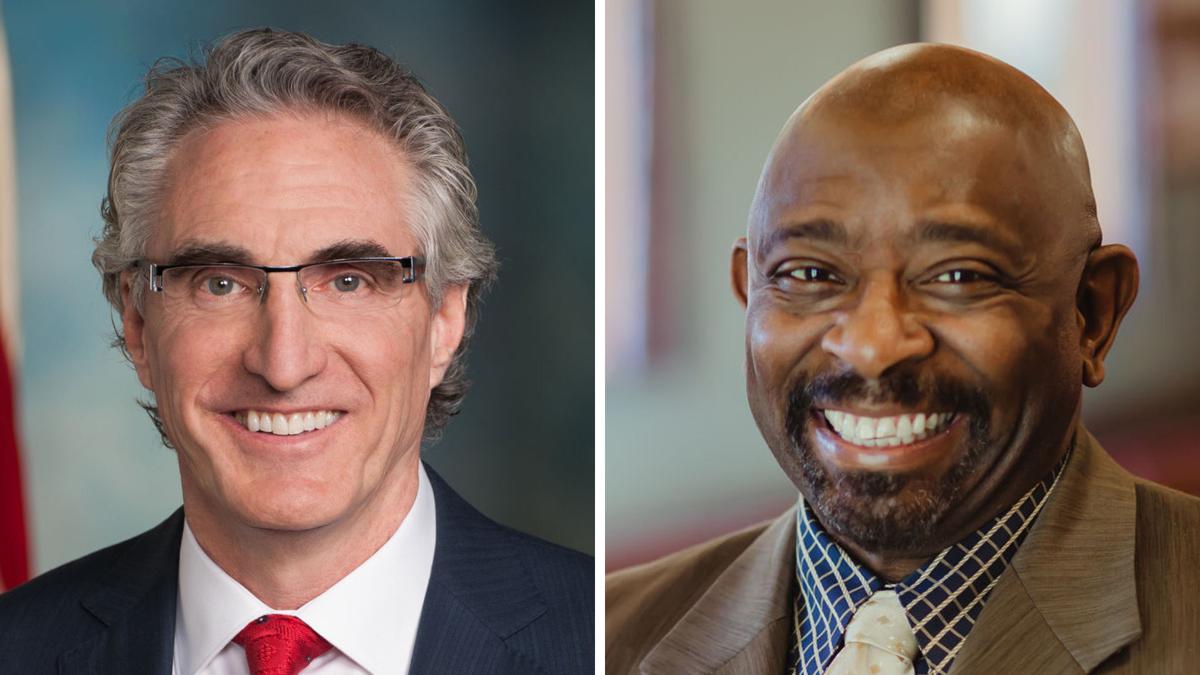 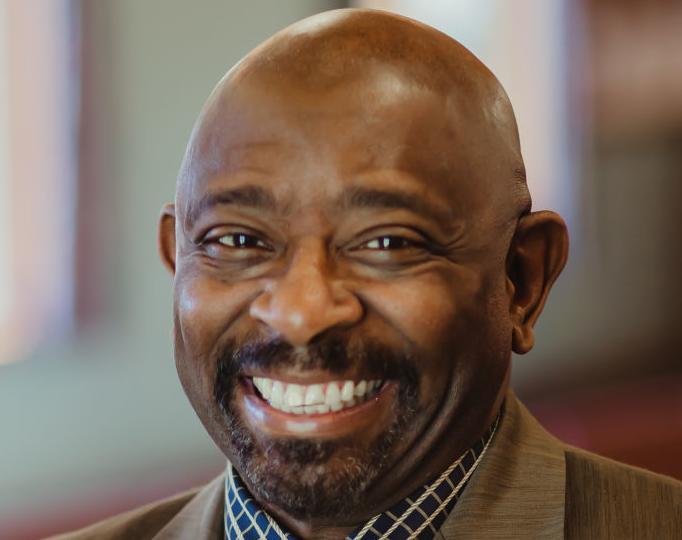 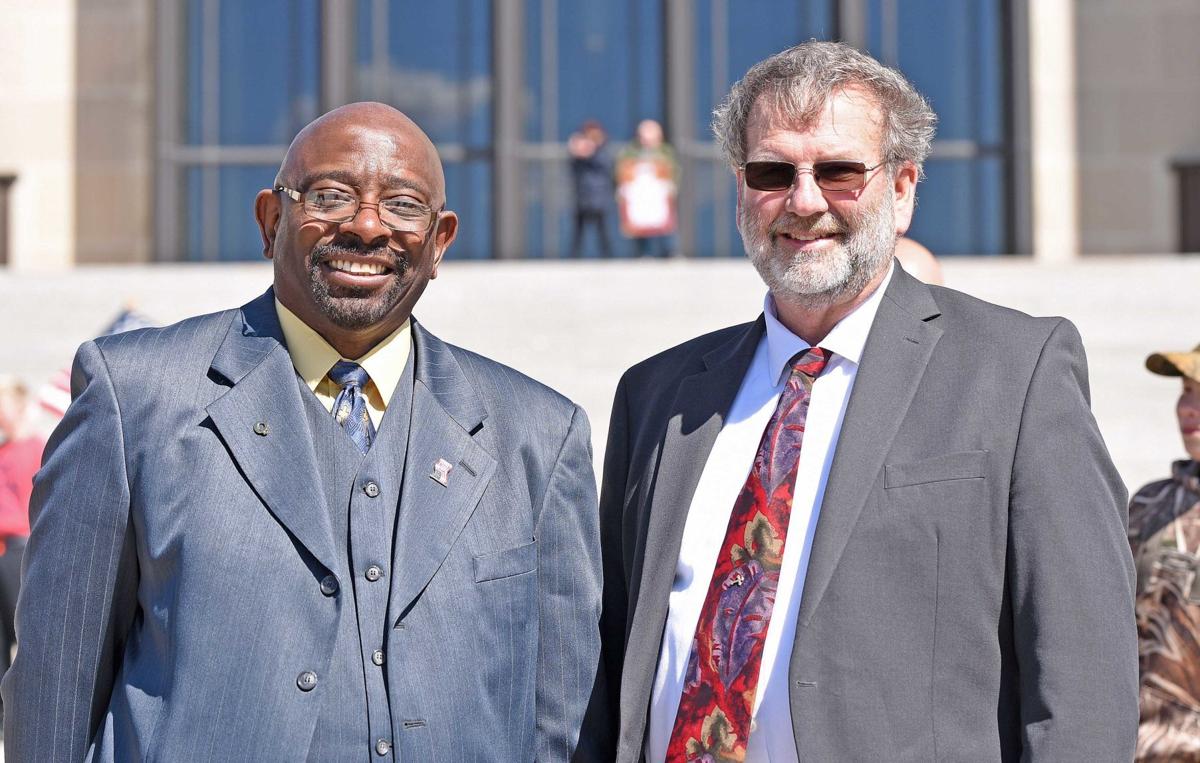 Michael Coachman, of Larimore, and Joel Hylden, of Park River, sought the Republican nomination for governor and lieutenant governor in 2020. They are members of a recall sponsoring committee requesting voters recall Gov. Doug Burgum and Lt. Gov. Brent Sanford. 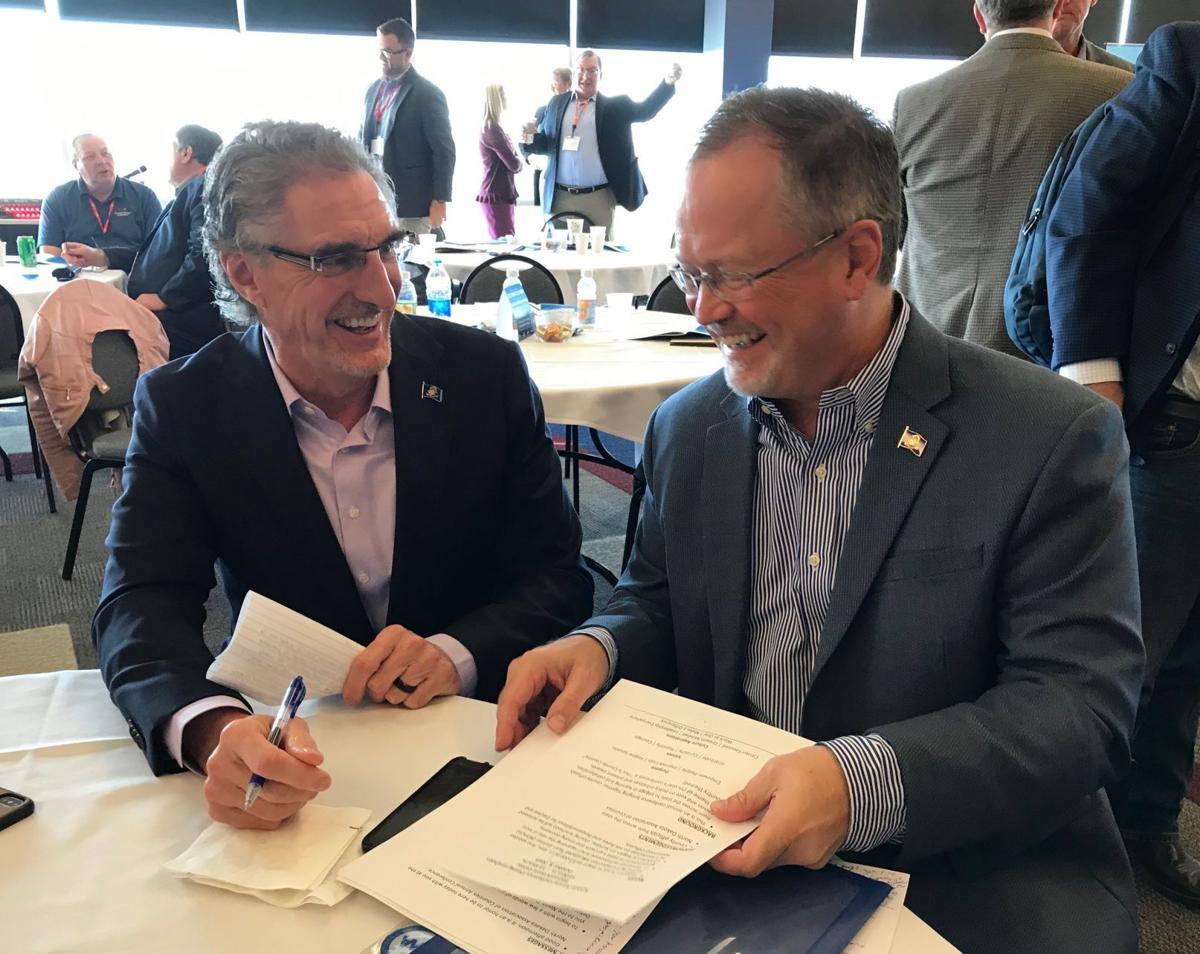 Secretary of State Al Jaeger on Wednesday approved petitions submitted by Michael Coachman, of Larimore. Coachman and four others on the sponsoring committee have one year to collect 89,464 signatures to prompt a recall election.

Coachman on Wednesday morning had not been notified of the petition's status and declined to immediately give specific reasons for the recall effort until he knew the petition had been approved. It states the two officials "be recalled for the reasons of contempt of the voters and negligence in/of office."

Coachman and Joel Hylden, of Park River, sought the Republican nomination for governor and lieutenant governor in the June 2020 primary, and received 10% of the vote.

Burgum and Sanford won the Republican primary with 89.5% of the vote and went on to win the November general election with 66% of the vote over Democrats Shelley Lenz and Ben Vig.

Governor's spokesman Mike Nowatzki on Wednesday said, "The results of last year's primary and general elections speak for themselves."

Coachman in 2018 won 13% of the vote as an independent candidate for secretary of state. He also unsuccessfully ran for lieutenant governor in 2012 and 2016.

Jaeger said the timing of a recall election would depend on when enough signatures are turned in and verified. Political parties could put forth candidates, and independents also could run.

"A recall election is not an up-and-down vote. You have to have other candidates to run against the governor and lieutenant governor," the longtime secretary of state said.

The recall effort is the latest development in an intraparty rift over the direction of the North Dakota Republican Party, whose members hold all state and congressional seats and control the Legislature.

Legislative district parties censured nine Republican state lawmakers this year in the wake of the House expulsion of former Rep. Luke Simons, R-Dickinson, for workplace and sexual harassment. Simons denied any wrongdoing and said he was denied due process.

Coachman said the recall petition, censures and other, similar efforts are "a movement, but it's individual movements."

"It's independent. It's people just fed up on that," he said.

He said the infighting within the North Dakota GOP involves "people who don't want to face reality on a lot of different levels as far as a disconnect with the people." He spoke at length about concerns of election integrity in 2020 discussed at last weekend's Republican Roundup event in Medora.

Party Chairman Perrie Schafer in a statement said "This recall effort is misguided and will undoubtedly fail."

"Governor Burgum was overwhelmingly reelected by North Dakota voters less than one year ago by nearly the largest margin of any candidate for governor in the nation," the new party chairman said.

The party's State Committee elected Schafer chairman on Saturday, 35-19, over Bob Wheeler, of Underwood, a past legislative candidate.

North Dakota voters could see a measure next year for term limits on the governor and the Legislature.

Recall supporters are now turning their attention to promoting a candidate to defeat Rep. Dwight Kiefert, R-Valley City, in 2022.

The Sun may be Earth's mysterious extraterrestrial water source

The Sun may be Earth's mysterious extraterrestrial water source

Michael Coachman, of Larimore, and Joel Hylden, of Park River, sought the Republican nomination for governor and lieutenant governor in 2020. They are members of a recall sponsoring committee requesting voters recall Gov. Doug Burgum and Lt. Gov. Brent Sanford. 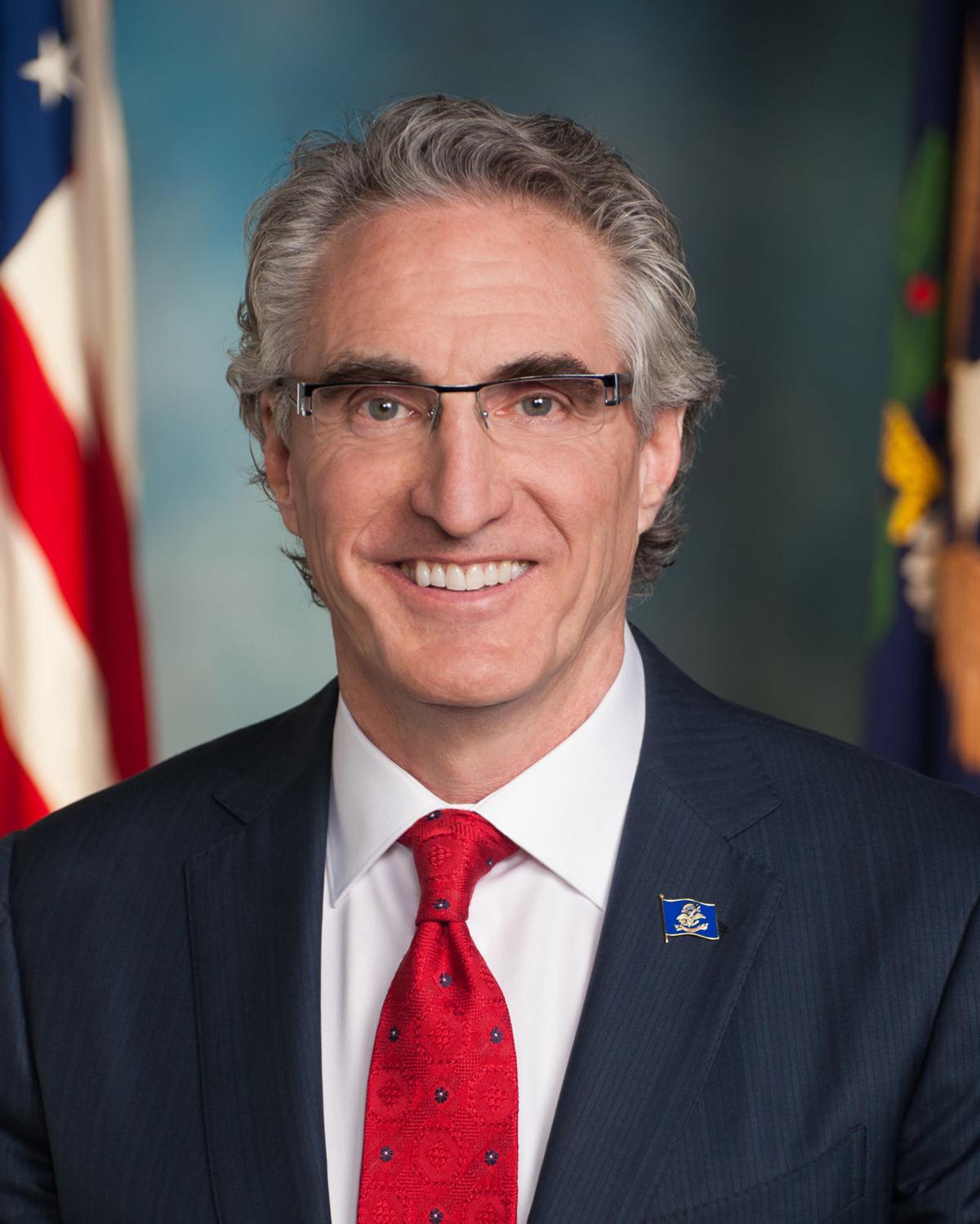 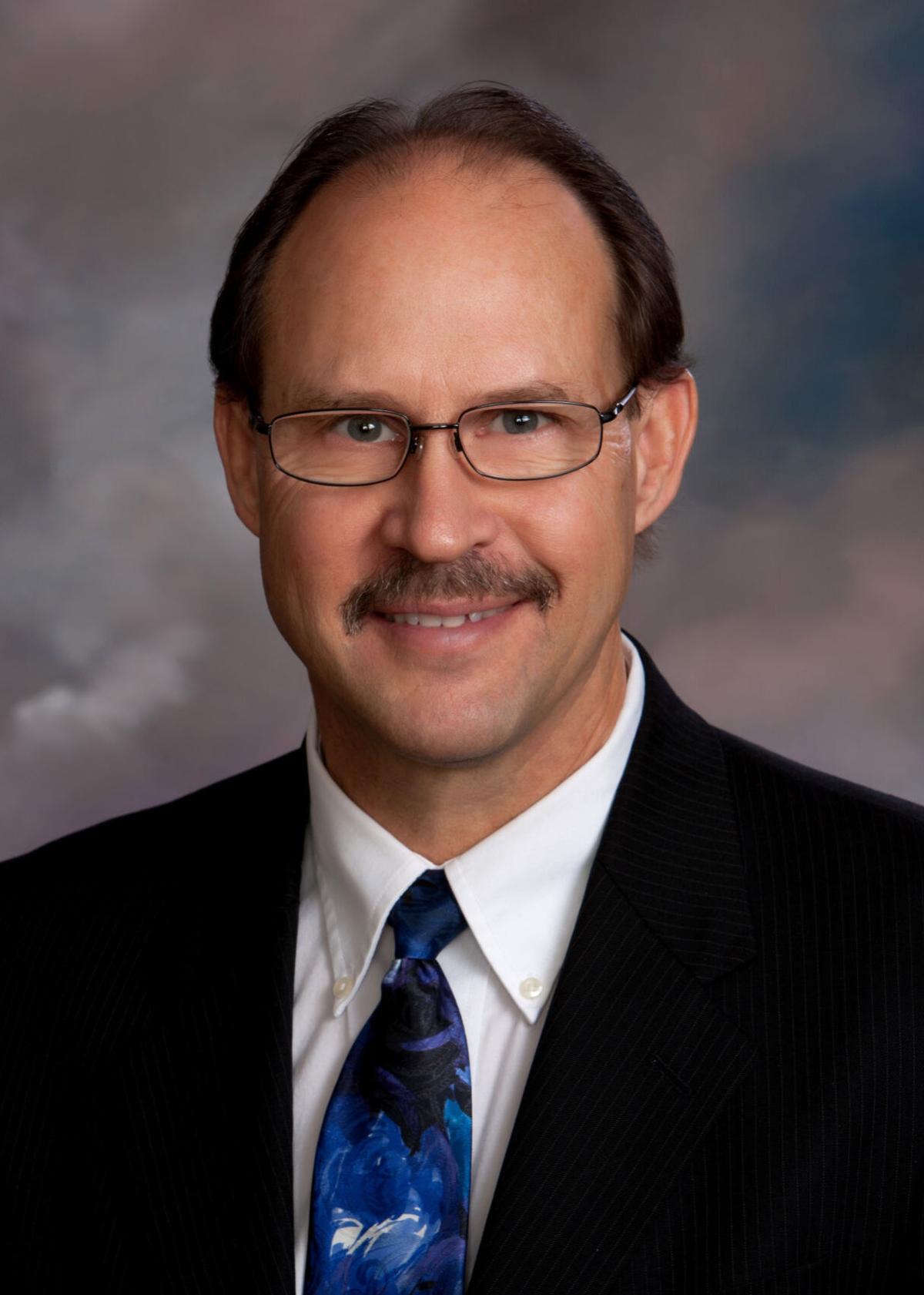