A North Dakota legislative panel on Tuesday heard a raft of bills opponents have called discriminatory toward transgender people, prompting familiar arguments to resurface around topics such as school sports participation.

The House Human Services Committee scheduled a day of hearings involving seven such bills, including two that would restrict transgender girls and women from playing K-12 and college female sports.

Supporters say the proposals ensure fairness in female sports; opponents say the legislation is discriminatory and harmful toward transgender people and would repel major sports tournaments from the state.

But a recent rule change from North Dakota high school sports regulators may have beaten Koppelman to the punch.

The North Dakota High School Activities Association’s Executive Board last year altered a rule applying to transgender students after the NCAA made a similar change to its policy.

The revised policy essentially bans transgender girls who have undergone hormone treatment from participating in girls sports, but the association’s director may allow a trans student to participate in girls sports if the school demonstrates through medical evidence that the athlete has no physical competitive advantage.

The association has taken no stance on the proposed legislation.

Koppelman said that if lawmakers fail to act, they “will by default be allowing those opportunities of our women to be lost and greatly reduced as society attempts to remove any reference to biological sex and replace it with a social construct of self-identification.”

“We will in essence be allowing the panels in the glass ceiling to be reconstructed and reinstalled over the heads of women in the name of feelings rather than science,” he told the House panel.

Former University of North Dakota athlete Patricia Leno, of Bismarck, told the House committee, “If we don’t do this, women’s athletics, girls athletics will be destroyed.”

Bismarck psychiatrist Dr. Gabriela Balf diagnoses and treats teens experiencing gender dysphoria, characterized by the American Psychiatric Association as a psychological distress due to a mismatch between one’s gender identity and one’s assigned sex at birth. She said the state faces more urgent issues than sports, such as mental health and child abuse.

“We’re not talking about that for some reason. We’re talking about the zero cases of trans athletes in North Dakota,” she told lawmakers. “I urge you to be thoughtful when you vote for these transgender bills that come your way.”

Mia Halvorson, of Fargo, who identifies as transgender, told the panel she heard from lawmakers in 2021 that “trans people were ‘an up and coming trend,’ and here we are two years later and within our state, I have not seen this ‘up and coming trend.’

“We do not have trans athletes within our state who are ‘dominating women’s sports,’ and here we are, once again, putting a bill out on the table that is pointless. It does not do anything to benefit any individual within our state of North Dakota,” she said.

Nineteen states, including South Dakota and Montana, have passed laws to limit transgender students’ participation in sports, according to the Associated Press.

Committee Chair Robin Weisz, R-Hurdsfield, last week said his main priority for Tuesday would be keeping the heated hearings from boiling over into disparaging or threatening remarks.

“I’ve been doing this a long time. You have to realize that both sides are passionate; they believe in their position,” Weisz said. “You’ve got to keep control of the committee, but both sides deserve to make their statements.”

The sports bills’ hearings filled one of the Capitol’s largest committee rooms but proceeded orderly.

The Republican-led panel also held hearings Tuesday on bills to prohibit gender-affirming treatments and surgeries for minors and to restrict the use of bathrooms by transgender students and inmates.

The committee ultimately will consider the merits of each proposal. Weisz declined to comment on the content of the bills. In 2021, the longtime lawmaker voted in favor of the bill restricting transgender girls’ participation in female sports.

Weisz last Friday said there are redundancies in the chamber’s gender-related proposals and he would prefer to combine similar ideas into “a couple bills” for the sake of efficiency.

However, Weisz noted that he would oppose the merging of bills that address separate issues, such as sports participation by transgender girls and gender-affirming treatments.

It’s “extremely unlikely” the committee will vote on any of the gender issue legislation this week, Weisz said.

The bill would make it a discriminatory practice for a government entity to require an employee to use a person’s “preferred pronoun” unless required by law. It also would ban school policies, instruction and professional development on “expressed gender,” or “a gender identity, whether expressed through behavior, clothing, mannerisms, preferred pronoun, or physical characteristics, which does not conform to the student’s sex.”

The Senate panel in 2021 handled the sports bill Burgum vetoed. Chairwoman Diane Larson, R-Bismarck, said she supports such legislation as a fairness issue and proactive to what she sees happening in other states. She said the college sports bill might not be as likely to pass as the K-12 sports bill, due to “a lot more choice in college as to whether you will participate in sports at one college versus another.”

Opponents in 2021 cited the sports bill as discriminatory toward transgender girls and repellent to sports tourism. Larson said “It isn’t about the individual people, it’s about fairness in sports.”

She added she’s not in favor of “legislating pronouns, but some people think that we should and so we’ll listen.”

“It’s difficult to have some of these conversations because people are so emotionally invested,” Larson said.

The Senate on Friday defeated a bill that would have barred transgender residents from using pronouns that align with their gender identity at schools and other publicly funded entities.

House Majority Leader Mike Lefor, R-Dickinson, has said “It’s incumbent on all of us to have a better understanding of what transgender people go through,” but he also has voiced support for lawmakers bringing bills forward “that might be controversial” and if “public policy needs to be tweaked in a certain fashion.” He said he supported the 2021 transgender sports bill “simply because I do not believe that, in my opinion, biological males should be able to compete against females.”

“I don’t have a problem with it being addressed in legislation so there’s (a) clear and concise statute,” Lefor said.

House Minority Leader Josh Boschee, D-Fargo, said he plans to ask the bills’ sponsors during floor debate whether they have interacted with transgender people or their families to learn their needs.

“There’s thousands of people who are transgender or nonbinary in our state,” he said. “You may not know them because they are living their full, authentic lives, and so this fetishization that my colleagues have around gender identity and sexual orientation is disturbing.”

He said he’s “fearful” some of the bills will pass, “an organized effort” he sees across states.

The Republican governor wrote in his 2021 veto message on the bill restricting transgender girls’ participation in sports that the legislation would “unnecessarily inject the state into a local issue by creating a ban with myriad unforeseen consequences.”

North Dakota lawmakers are weighing what to do about the state's pension plan for public employees, which faces a nearly $2 billion shortfall …

Supporters of eminent domain bills in the Legislature testified this week that they would protect property owners from pipeline companies, whi…

North Dakota has among the least restrictive gun laws in the country, but some conservative lawmakers believe the state Legislature should lif…

A bill to restrict drag shows and cabaret performances in North Dakota is one step closer to becoming a law.

The Philippines, top provider of nurses, face a shortage at home

The Philippines, top provider of nurses, face a shortage at home

An ‘Independent’ party could dominate American politics, according to study

An ‘Independent’ party could dominate American politics, according to study 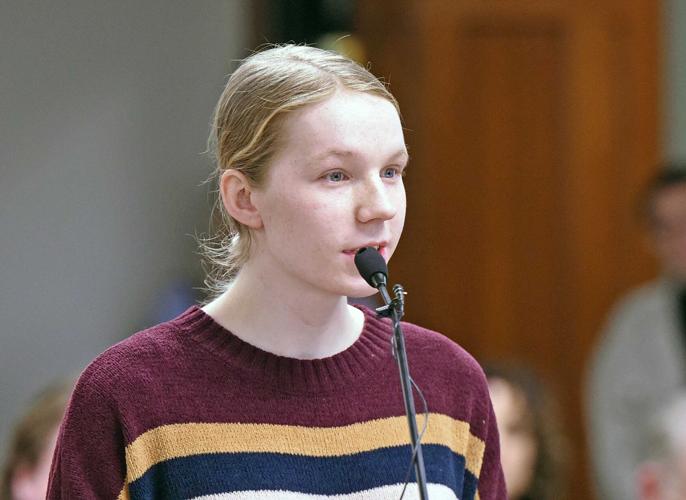 Mia Halvorson, of Fargo, who identifies as transgender, told the House Human Services Committee on Tuesday that “We do not have trans athletes within our state who are ‘dominating women’s sports.’” 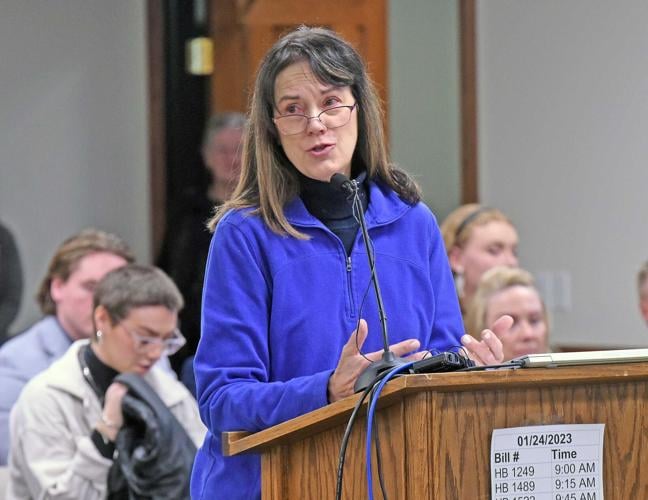 Former University of North Dakota athlete Patricia Leno, 67, of Bismarck, testified on Tuesday in favor of House Bills 1249 and 1489, which would restrict transgender girls and women from playing K-12 and college female sports. 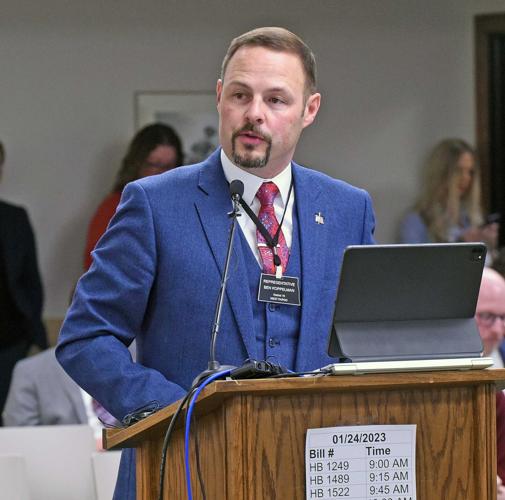 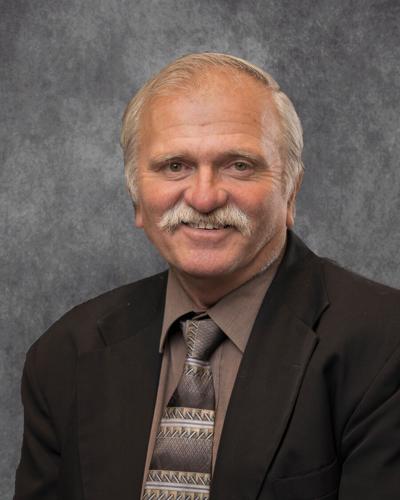 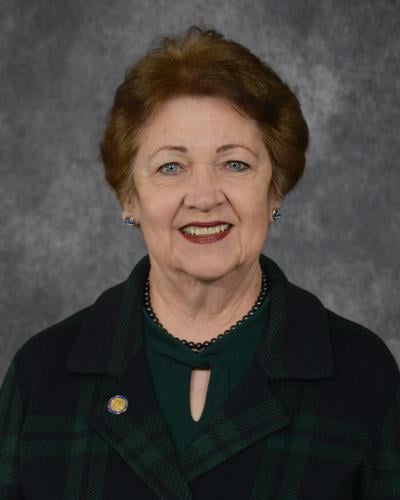 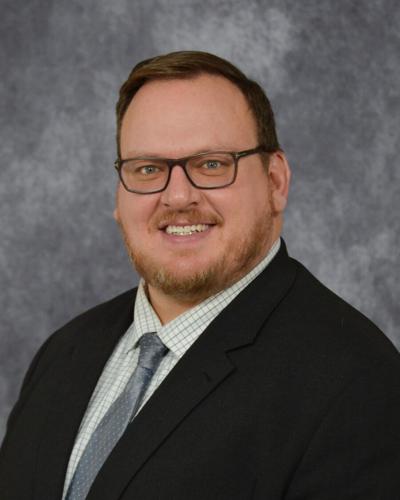