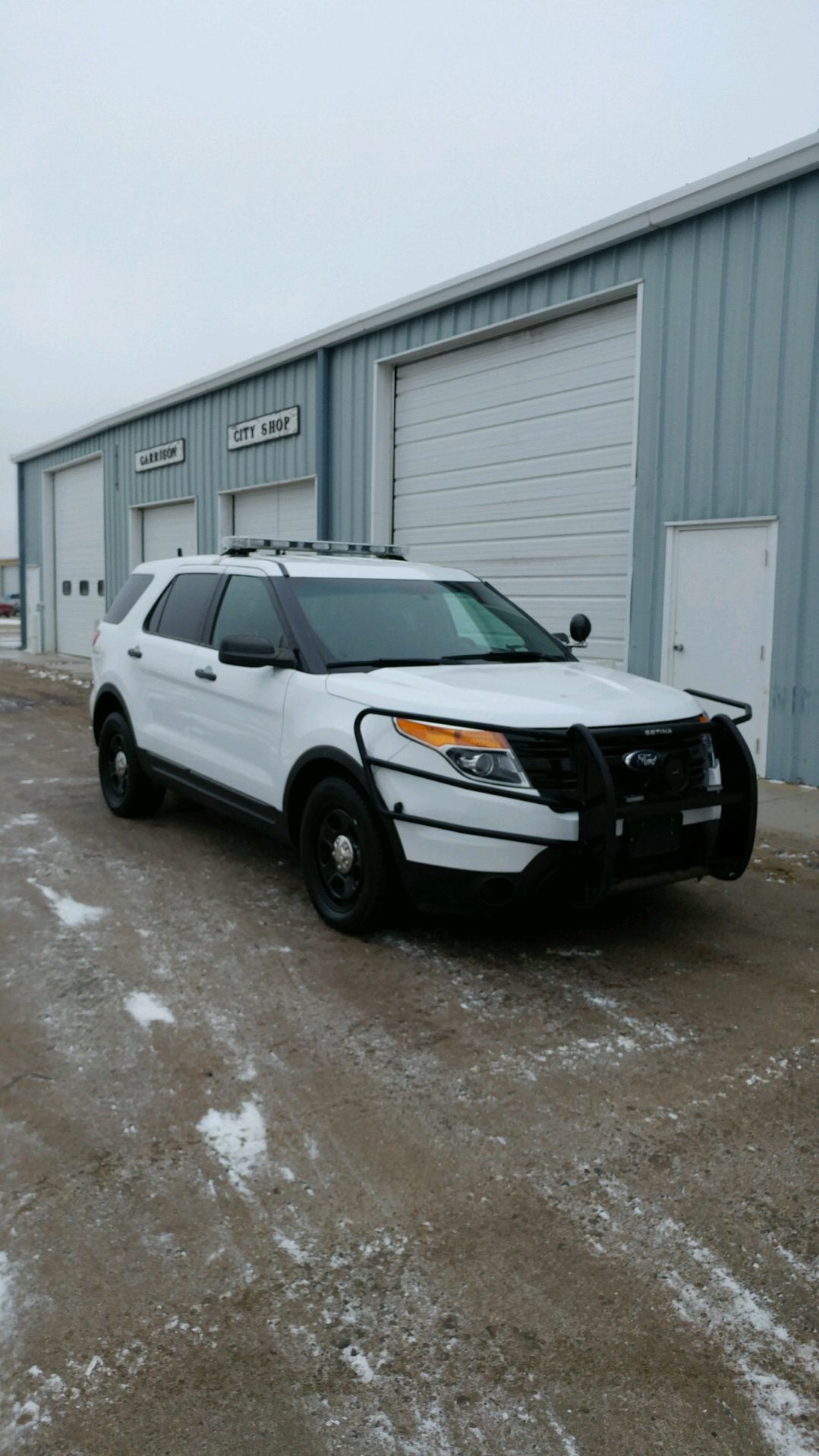 Pictured is Garrison's new squad car, which will soon be marked with the city logo. The newly formed Garrison municipal police department will officially be up and running on Monday, though some equipment and logistics have yet to fall into place. 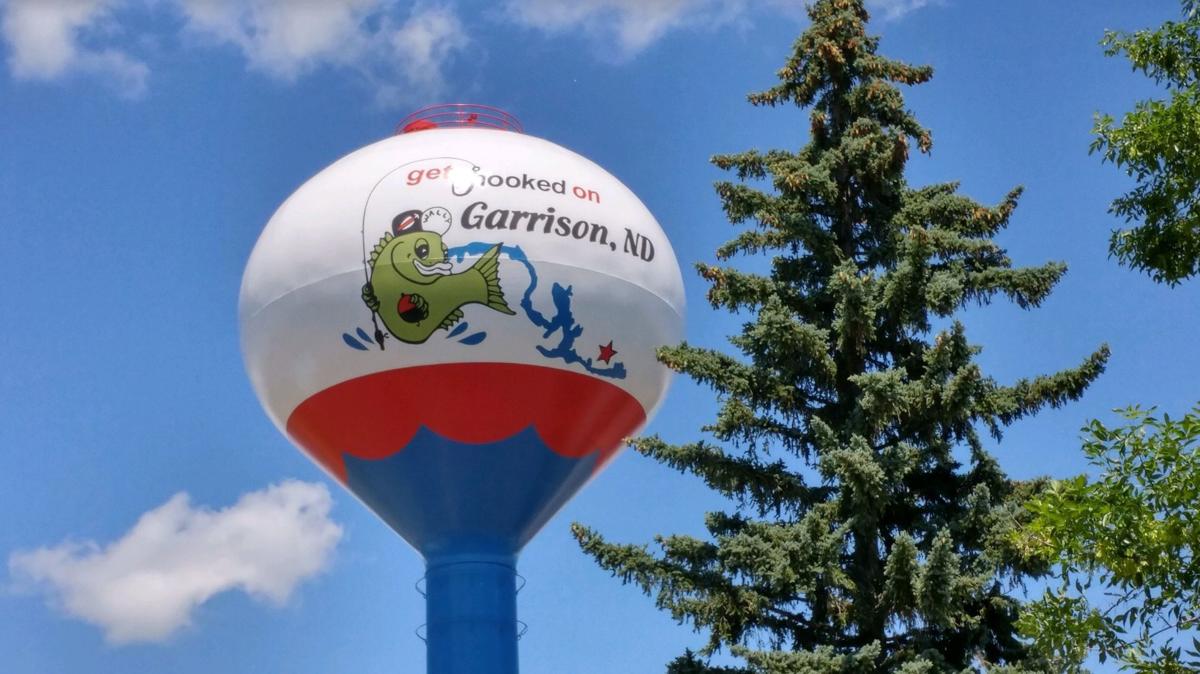 Garrison, a city of 1,500, was without regular police protection for most of January after a falling out last year between the city and the McLean County Sheriff's Office. Their new municipal police chief starts the job Monday. 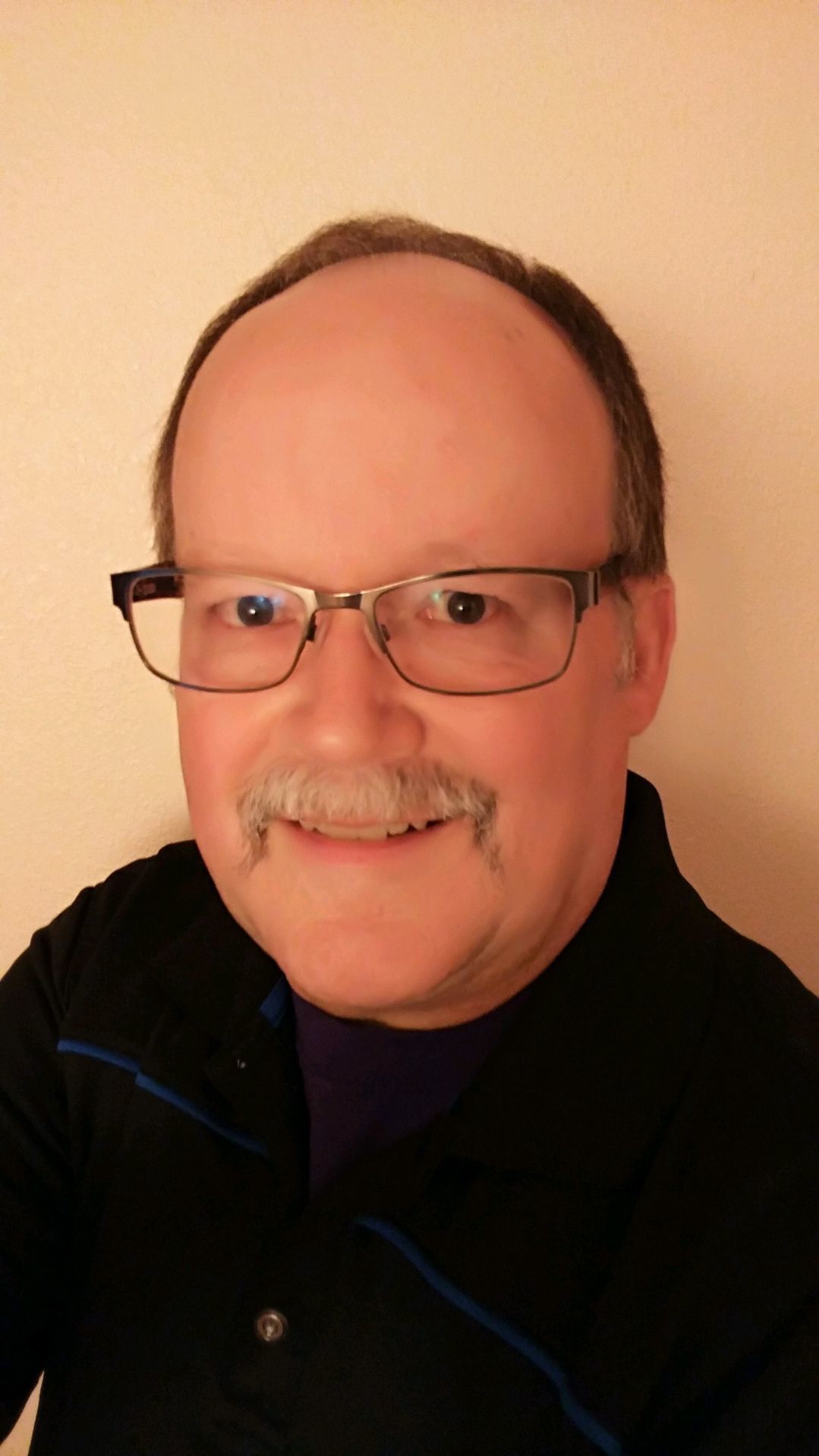 Since New Year's Day, a North Dakota city of 1,500 has been virtually without police. Though residents of Garrison have been able to call 911 for emergency situations, nonemergencies have been redirected to Mayor Stu Merry.

This temporary gap in service isn't ideal, but city officials were left with little time to put together a municipal police department from scratch after a falling out with the McLean County Sheriff's Office this past summer.

Garrison had been contracting with the the sheriff's office for regular service since 1969, but in August, the city council abruptly decided against renewing the contract for 2020. The council’s main complaints were the increasing cost of the contract and a feeling that the sheriff’s office was not diligent enough in enforcing city ordinances.

The rejected contract would have cost Garrison $161,096, a 2% increase from the 2019 contract, according to McLean County Sheriff JR Kerzmann. The total increase was $3,160.

Kerzmann said he thought the price was reasonable, estimating that $161,000 "is about one-fourth of what it costs (the sheriff's office) to actually provide services to the city of Garrison for the hours they get."

Merry said in a statement at the Jan. 6 Garrison City Council meeting that he was “very excited that we have a veteran law enforcement officer who will be … enforcing our ordinances and laws -- something that has been sorely missing for many years.”

Kerzmann said he was “in awe” when he got the news of the contract rejection, and he expressed frustration that Garrison officials had not come to him earlier with specific complaints. In other cities the sheriff’s office contracts with, Kerzmann said, his deputies’ policy is to be reactive to city ordinance violations.

“We weren’t proactively going and seeking them, like we didn’t have guys driving around town that were looking for a dog that was barking or parking that might have expired three hours over the ordinance,” he said. “To me, it’s not a good use of resources.”

Kerzmann also said the unexpected rejection left his department in a budget lurch, as it was one week away from finalizing budget cuts for the year. When representatives from White Shield approached the sheriff’s office to take over the contract, Kerzmann said, county officials jumped at the chance to keep their budget stable. The new contract established an unprecedented relationship between a tribal community and nontribal law enforcement in North Dakota.

After the county signed the deal with White Shield, the Garrison City Council held a well-attended public meeting in September, in which council members voted to establish a municipal police department and appointed a committee to iron out the details over the coming months.

As the process progressed, Merry said, it became clear the department wouldn’t be up and running before Jan. 1. Though the county still responds to 911 calls, city officials approached Kerzmann’s department near the end of the year to see if they could work out a temporary, one-month contract for continued patrols and response to nonemergency calls.

City and county officials had a meeting about the prospect on Dec. 31, but Garrison officials walked away without a deal. Kerzmann blamed the lateness of the request and a lack of resources.

“The only way we would be able to do anything with Garrison for the first of the year is if we robbed patrols from other contracted areas and our rural patrol for the rural citizens of the county, and obviously that’s not going to happen,” he said.

Merry said he was disappointed by the county’s response.

“We had reached out to the county to work together at this time and they kind of turned their backs on us,” he said. “It didn’t surprise me.”

Travis Tesch, the city’s new police chief, will take over Monday. Tesch has been in law enforcement in North Dakota for 20 years. For the past four, he has been serving as police chief of Fessenden, which has a population of 450.

The Garrison City Council has allocated the $161,000 it would have spent on the county contract to the municipal department’s first year; $65,000 of it will go toward Tesch’s salary. Both Tesch and Merry said they’re confident they can make this first year’s financials work, and they hope to build the force in the future -- for example, by hiring a second officer.

The city will contract with the county for jailing services at a rate of $65 per day, plus any incurred medical expenses. The charges will be taken out of the city’s policing budget. This is the cheapest rate offered to outside entities using the county jail, according to McLean County State's Attorney Ladd Erickson.

“It is what it is,” Tesch said of the potential charges.

Garrison also will be billed at the end of the year for its use of county dispatching services, with the amount depending on usage.

Tesch said that while he’s aware of the contentious history between the town and sheriff’s department, he’s personally worked with some of the office’s deputies before and looks forward to a collaborative relationship.

Kerzmann said that if he could give one piece of advice to the city of Garrison for its new endeavor, he would tell the city not to focus so much on smaller, more visible aspects of the job, such as writing tickets.

“If they’re going to base what our job is off writing tickets, that’s one tiny little part or one facet to the whole job in general,” he said. “I want them to see the big picture, so they can empower and back up (the new chief).”

Reach Diane Newberry at 701-250-8249 or diane.newberry@bismarcktribune.com.

Fargo cleans up after peaceful Floyd protest turns to unrest

The funeral for a slain Grand Forks police officer will be held Tuesday at Ralph Engelstad Arena, a facility that hosts concerts and Universit…

Man charged with 2 counts of murder in Grand Forks shooting

The Industrial Commission on Friday contemplated the future of Coal Creek Station and the implications of its closure for an ethanol plant next door.

Pictured is Garrison's new squad car, which will soon be marked with the city logo. The newly formed Garrison municipal police department will officially be up and running on Monday, though some equipment and logistics have yet to fall into place.

Garrison, a city of 1,500, was without regular police protection for most of January after a falling out last year between the city and the McLean County Sheriff's Office. Their new municipal police chief starts the job Monday.