Turkeys this Thanksgiving aren't much more expensive than they were last year, despite a national outbreak of bird flu this year.

That's primarily because many retailers put turkeys on sale before the holiday to attract shoppers.

The U.S. Department of Agriculture puts the price of a large frozen turkey at 9 cents more per pound than last year, factoring in sale prices.

That's despite pressures including supply chain issues, inflation, widespread drought and avian influenza, which has killed more than 50 million turkeys and chickens in 46 states including nearly 237,000 in North Dakota.

The turkey industry has been processing more birds and in some cases birds at an earlier age to meet Thanksgiving demand, according to USDA. That means the overall supply isn't significantly impacted, though consumers might notice a variation in the size of available turkeys.

“There has been a lot of discussion about whether avian influenza or the general economy is going to affect this holiday season," he said in a statement. "Thanks to the hard work of U.S. turkey producers, there will be an ample supply of turkeys available for Thanksgiving."

Overall, the average cost of a traditional Thanksgiving meal -- turkey, sweet potatoes, russet potatoes, cranberries, green beans and milk -- will be higher this year. USDA's Agricultural Marketing Service estimates the increase at about 6%.

The American Farm Bureau Federation, which has tracked the cost of a Thanksgiving meal for 37 years, puts it at 20% higher this year but notes that the survey was conducted before most grocery stores began discounting turkeys. Farm Bureau's list also includes more food, including stuffing, rolls, coffee and pumpkin pie.

Still, “General inflation slashing the purchasing power of consumers is a significant factor contributing to the increase in average cost of this year’s Thanksgiving dinner,” Farm Bureau Chief Economist Roger Cryan said in a statement.

Agriculture Commissioner Doug Goehring during last week's traditional turkey pardoning by the governor noted that North Dakota's turkey industry, which produces 1 million birds annually, has faced challenges and stress due to the bird flu outbreak. Five of the eight major producers in the state were impacted; two have been able to restock.

State data shows that bird flu has impacted 24 flocks in 17 counties. Most are small backyard flocks. It's standard practice to destroy infected birds so they don't enter the food chain.

State Board of Animal Health rules mandate that all shows, public sales, swaps and exhibitions of poultry and other birds are banned in counties with confirmed cases, along with adjoining counties. Producers in those counties also are barred from taking birds to or from poultry events in nonrestricted counties. Violations are punishable by a fine of up to $5,000. Restrictions are lifted if no new bird flu cases emerge within 30 days of the implementation of the bans.

Cases confirmed earlier this month in backyard flocks in Bottineau, Ward and Mountrail counties are considered "active." Poultry events are banned in 12 counties in that region. A map showing them is at bit.ly/3EO2T1C.

The state's first two bird flu cases were in March, with 12 more occurring in April at the height of the outbreak. There was a summer lull, but cases flared up again in the fall, with eight since late August.

There also have been 298 confirmed cases of avian influenza in numerous types of wild birds throughout the state, including in Burleigh and Morton counties, according to federal data. That's second-most in the nation, behind Florida.

Bird flu infection in people is rare, according to the U.S. Centers for Disease Control and Prevention.

Sick or dead wild birds can be reported at https://gf.nd.gov/wildlife/diseases/mortality-report.

Not to sound like a worn-out political slogan, but ... it’s time for a change.

Francis Akazaawie was up earlier than most to be ready when Best Buy in Bismarck opened at 5 a.m. for Black Friday.

About 200 people rescued from ice chunk on Minnesota lake

Officials in northern Minnesota say roughly 200 people have been rescued from Upper Red Lake after an ice chunk broke free from shore. The Beltrami County Sheriff's Office says on its Facebook page that the people were ice fishing Monday when the chunk separated. Officials directed the anglers to the southeast edge of the lake known as JR's Corner, where a temporary ice bridge was set up over the open water. Authorities said that everyone had been rescued by mid-afternoon.

Flags at half-staff for late congressman

Gov. Doug Burgum has directed all government agencies to fly the U.S. and North Dakota flags at half-staff until midnight in remembrance of U.… 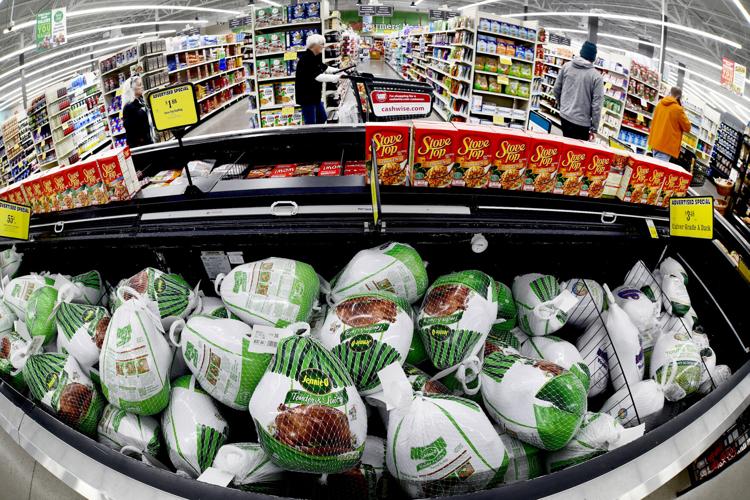 Frozen turkeys fill the open freezer at the Cash Wise Foods north location in Bismarck on Tuesday. Frozen turkeys are still affordable this year despite a national outbreak of bird flu, but the cost of a traditional Thanksgiving meal is up significantly. 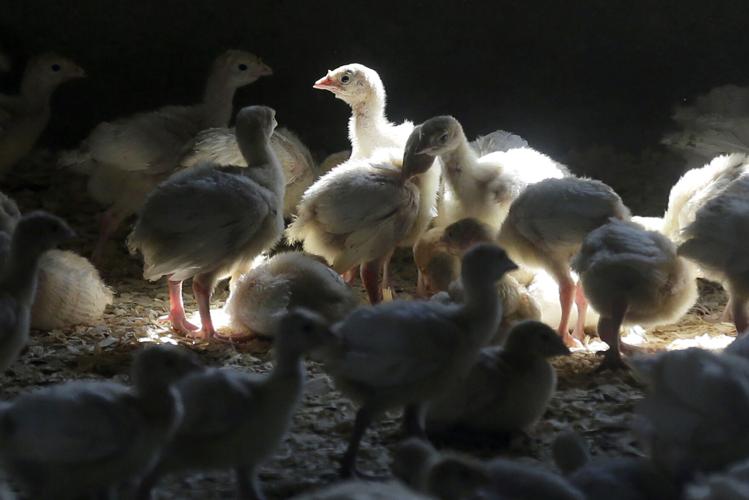 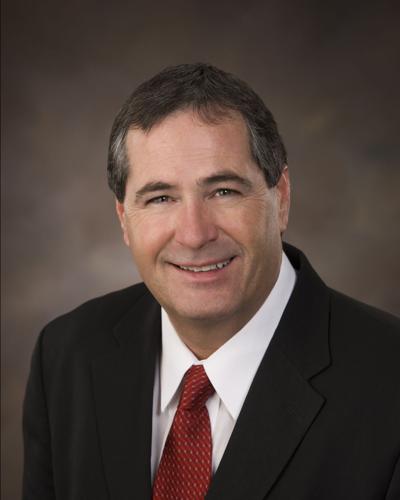