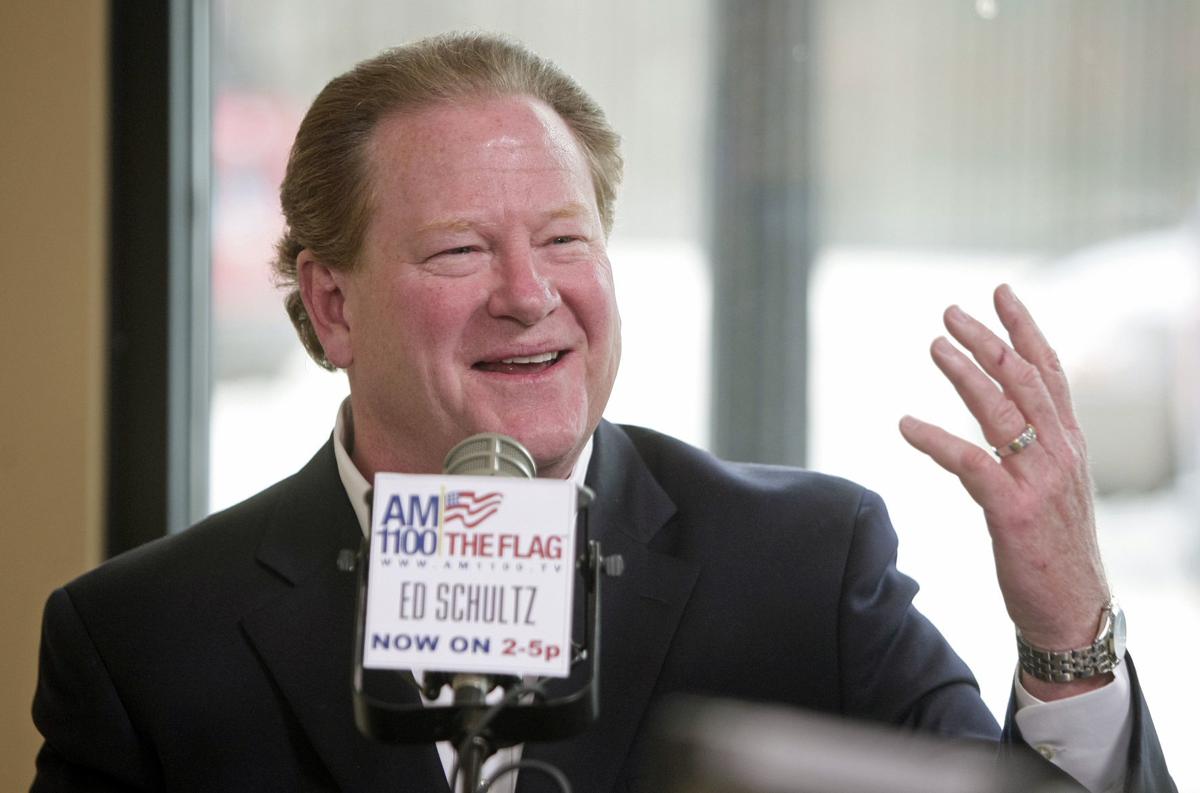 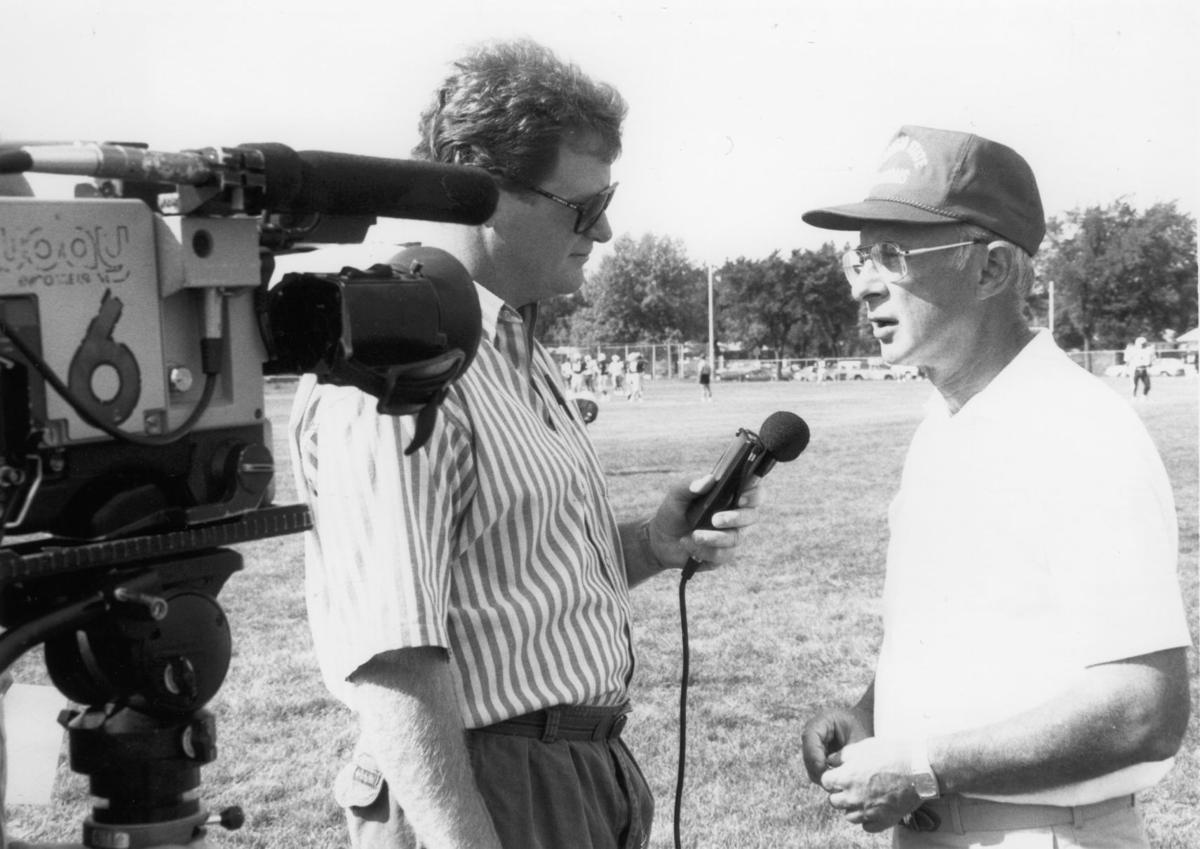 FARGO – Longtime broadcaster Ed Schultz died of natural causes early Thursday, July 5, at his home in Washington, D.C., according to RT America, where he was the host of “The News With Ed Schultz.” He was 64.

"We at RT America are sad to announce the passing of Edward Andrew Schultz. Ed Schultz passed quietly early morning on July 5 at his home in Washington, D.C. This announcement comes as a shock to all of us here at RT America," said the channel's official statement.

Schultz, a local and national radio and television personality who never shied away from controversy, got his start as a sports broadcaster for Fargo-Moorhead television stations in the early 1980s, including time as sports director at WDAY-TV. He eventually moved to talk radio, including WDAY radio, dominating the local airwaves as a conservative firebrand in the 1990s.

However, he later said his views changed and he became a Democrat.

In 2004, Schultz took his radio show nationwide. Then in 2009, he moved to national television, becoming a prime-time progressive voice on MSNBC.

“I’m back in prime time at 8 o’clock where I belong,” Schultz said at the time.

As news of his death spread, people shared their thoughts on a man who often waded into controversial issues.

“I am very sad to hear of Ed’s death,” Rep. Kevin Cramer, R-N.D., said in a statement. “He was one of the most talented and passionate broadcast personalities I’ve ever known. I appeared many times on his radio and television broadcasts, even filling in for him when he hosted a show on KFGO. Ed always treated me with respect and kindness and I will miss him. Kris and I extend our love to Wendy and their family and will be praying for God’s healing touch as they grieve and remember Ed.”

“We are devastated by the news of the sudden death of our brilliant anchor, one of the best TV-Journalists in America, Ed Schultz,” said RT Editor in Chief Margarita Simonyan.

“The respect that Ed commanded among viewers and among his colleagues on both sides of the Atlantic is impossible to overstate. He was an unconditional patriot of his country, an honest man without compromise. When the witch-hunt against RT America began and it was forced to register as a foreign agent, Ed set an example for all of us, saying: ‘Let them call me what they want, I am going to speak the truth no matter what,’” Simonyan added.

“Ed was more than a colleague, he was a close and true friend. He was a big-time professional and a tough fighter. Between us I always called him a ‘gladiator.’ He would never give up; he was always a winner. He was tough on a lot of young journalists in RT America’s newsroom; he was a mentor to a few,” said RT America News Director Mikhail Solodovnikov. “My sincere condolences go out to his wife, family and all fans, who watched his amazing show every night. We lost one of the best and most honest journalistic voices in America. We lost a legend.”

With RT, Schultz hosted a half-hour broadcast called “The News With Ed Schultz.” The most recent episode of his program was available on the RT website on July 2.

Schultz was happy for the opportunity when he accepted the job.

“This is a great career opportunity. It’s an international news organization that functions on all continents. It’s something that I have never had the opportunity to do, and that’s anchor a nightly news program,” he said.

RT America, based in Washington, D.C., is part of the RT network, a global multilingual television network that runs cable and satellite channels and creates Internet content. It is based in Moscow and funded by the Russian government. RT says the English-language channel has more than 700 million viewers worldwide.

Schultz, who was critical of Russian President Vladimir Putin while at MSNBC, said when he took the RT job that he didn’t anticipate any problems with his new employer. “Nobody is going to tell Ed Schultz what to say,” he said in a 2016 interview.

Schultz’s “The Ed Show” was dropped from MSNBC’s daytime lineup along with two other programs in July 2015. The move ended the tenure of one of MSNBC’s longest-serving hosts. Schultz had been on the air since 2009. He was a prime-time fixture on the network from 2011 to 2013.

“I could have retired. That’s not Ed Schultz; I’m not ready to do that. I got a lot of tire left. I have a lot of desire. This gives me a chance to do something that I haven’t had an opportunity to do in my career,” Schultz said in 2016.

Schultz is a graduate of Minnesota State University Moorhead, where as a football quarterback he was named an All-American.

Authorities have identified a Steele man killed in a one-vehicle rollover in Kidder County.

WINNIPEG -- A Florida man has been charged with human smuggling after the bodies of four people, including a baby and a teen, were found in Ma…