Allard donated family land to form the Sacred Stone Camp in March 2016. It grew in size over the next few months and inspired other camps along the confluence of the Cannonball and Missouri rivers, where thousands of people from around the world soon arrived to stand in solidarity with the Standing Rock Sioux Tribe in its fight against the pipeline.

Allard’s resistance to Dakota Access came about because one of her sons is buried on a hill near the route of the line, which crosses under the Missouri River just upstream of the Standing Rock Reservation.

A longtime tribal historian, Allard told the Tribune in her first interview about the pipeline that the area is rich with history, ancient settlements and burials.

The Sacred Stone Camp was modeled after a similar camp formed on the Rosebud Indian Reservation in South Dakota to protest the Keystone XL Pipeline.

The camps along the Standing Rock border came under scrutiny by law enforcement, who made hundreds of arrests at demonstrations in the area in 2016 and 2017. Pipeline developer Energy Transfer maintained the camps disrupted construction and cost the company money.

The federal Bureau of Indian Affairs ultimately issued a trespass notice to those remaining at Sacred Stone after the tribe asked protesters to leave, according to Tribune archives. The federal government held a share of the land in trust for the tribe.

As the #NoDAPL movement grew, Allard became one of its most recognizable figures, traveling the world speaking out about the pipeline fight and advocating for divestment, the movement in which activists urge financial institutions to withdraw money from causes they see as unethical. She continued to do that after the camps were closed, construction was finished and the pipeline started transporting oil.

The pipeline fight Allard helped launch stayed in national headlines for months, and it brought more attention to Indigenous rights and environmental justice issues. Activists continue to fight other pipelines, including Keystone XL. President Joe Biden canceled a permit for that project his first day in office earlier this year.

Locally, Allard kept the spirit of the Sacred Stone Camp alive at her Fort Yates home, which became a refuge for supporters in the years since state and federal officials forced the camps to close in the spring of 2017.

“People come and go from all over the world,” Allard told the Tribune last year.

She’d placed Mongolian yurts that once housed protesters on land next to her house. Visitors would stay in them to work on projects in the community. She often took them to the site of the Sacred Stone Camp to pray and hold water ceremonies.

Allard recently was diagnosed with glioblastoma, a type of brain cancer. She was 64 years old when she died.

In the days since her death, numerous friends and supporters have honored her on social media.

“A true matriarch has passed -- bless you Ladonna Brave Bull Allard,” the Lakota People’s Law Project said on Facebook. “You will be remembered for all you have done to serve humanity: Sacred Stone, your mentoring of the young, your strength and vision. Prayers up...#NoDAPL forever.”

The Standing Rock Youth Council called Allard “a matriarch in the fight against the Dakota Access Pipeline.”

“We will continue to stand,” the group said on Facebook.

Members of the NDN Collective, an organization focused on community organizing and Indigenous rights, issued a statement reflecting on their time working with Allard in the fight against the pipeline.

“I’m thankful for every moment I was able to share with LaDonna Bravebull Allard," said Lorenzo Serna, NDN Collective director of tactical media. "She was a woman whose presence made every second momentous, whose words made the impossible possible, and whose direction tore down the walls standing in the way of our liberation." 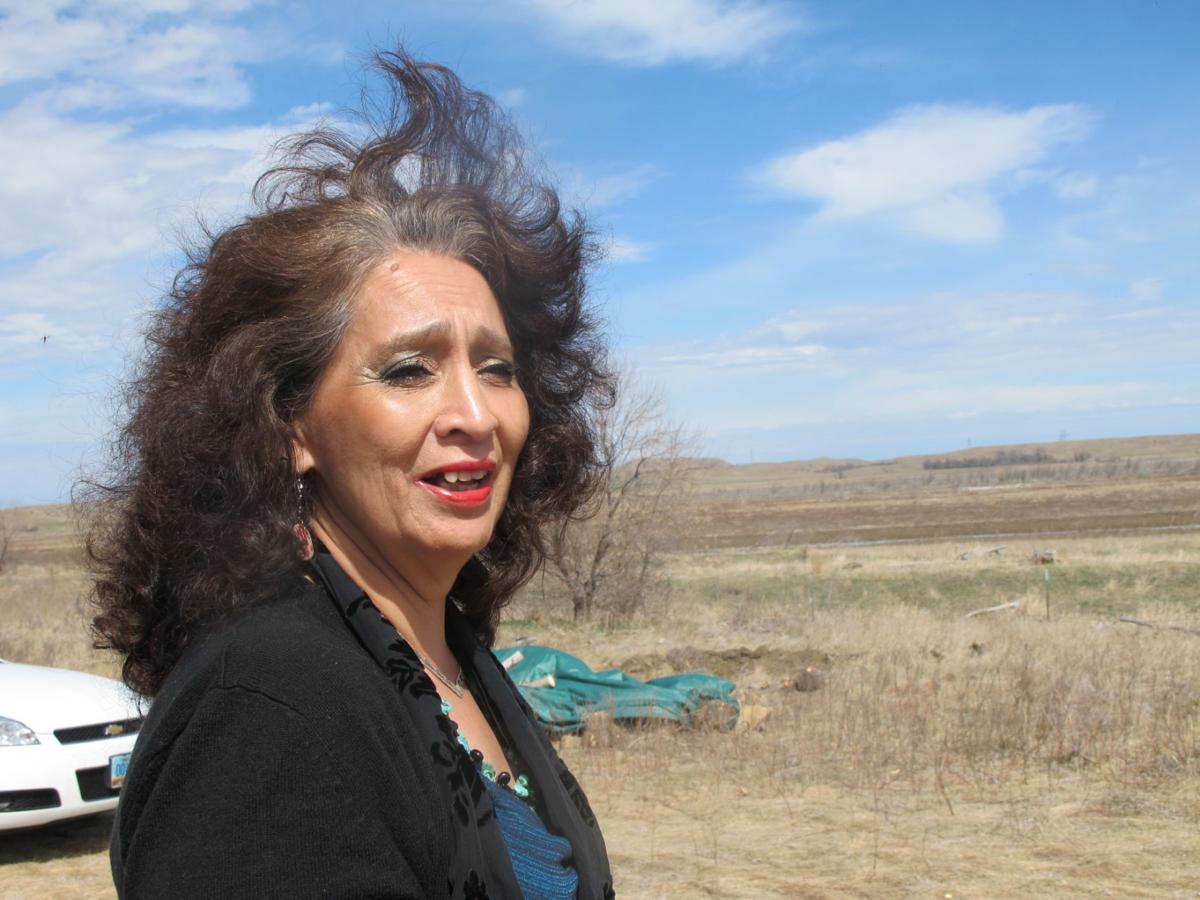 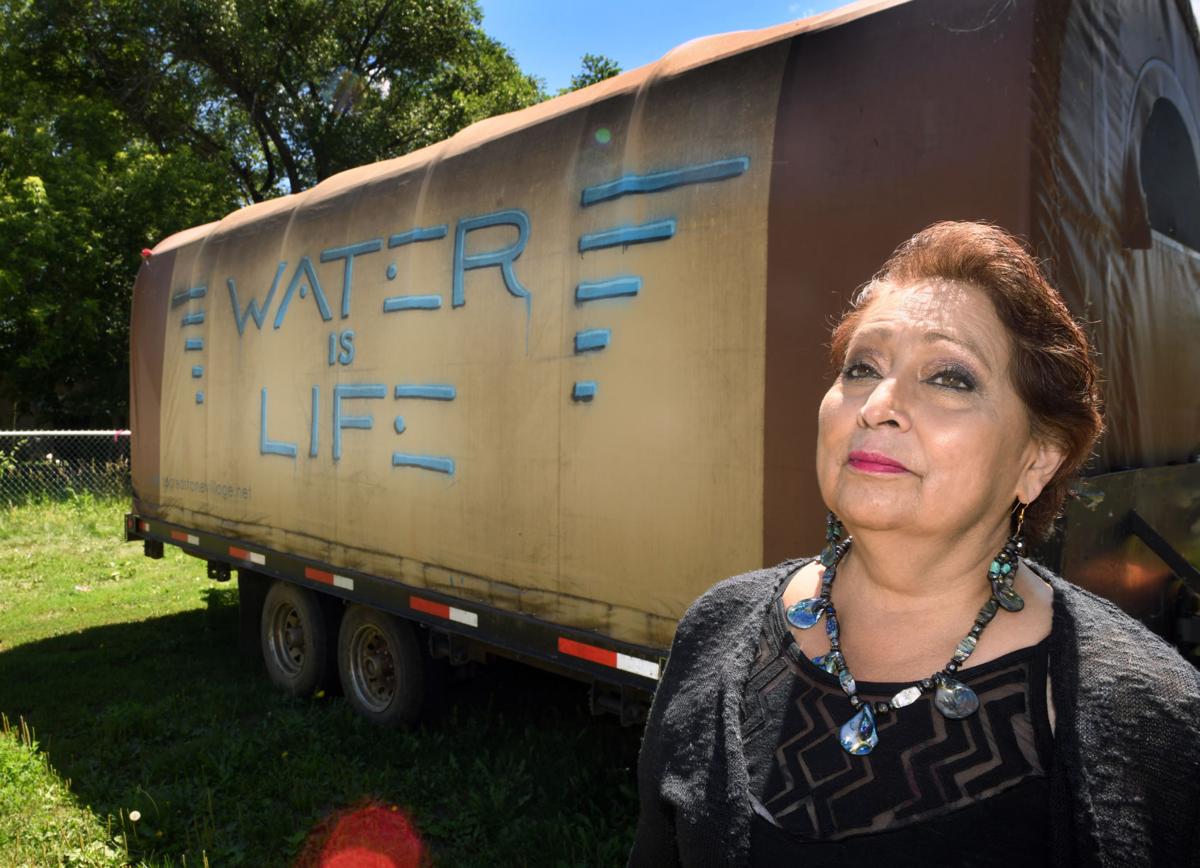 LaDonna Allard stands next to a mobile water purification trailer on her property in Fort Yates in the summer of 2020. The trailer, with the words "Water is Life" painted on the side, was used at the Dakota Access Pipeline protest camps five years ago just north of Cannon Ball. "Water is Life" was a popular protest chant used by the thousands of "water protectors" gathered at the camps.