The imminent inauguration of Joe Biden as president has many who care about energy in North Dakota wondering what his administration will tackle first as it seeks to bring about a cleaner environment.

Top of mind for some is the Dakota Access Pipeline, which carries as much as half of North Dakota’s daily oil output to market. Energy observers also are keeping close tabs on Biden's Cabinet picks, as departments such as Interior and the Environmental Protection Agency could put forward regulations aimed at curbing climate change by targeting two powerful industries in North Dakota: oil and coal.

Biden has never spoken publicly about Dakota Access, but Vice President-elect Kamala Harris has. She and other Democratic lawmakers signed onto a legal brief last spring urging a federal judge to revoke a key permit for the pipeline while a lengthy environmental study is underway.

The document cites the need to protect the integrity of a federal law governing environmental reviews of infrastructure projects. It also seeks to ensure the U.S. Army Corps of Engineers “takes seriously” issues raised by Native American tribes fighting the pipeline. The pipeline crosses under the Missouri River just upstream of the Standing Rock Sioux Reservation, and tribal members there are concerned about a potential oil leak.

“The Biden administration can shut down the pipeline on Day 1 with the stroke of a pen,” said Jan Hasselman, an attorney representing the tribe in its longstanding lawsuit against the Corps.

Those involved in the pipeline dispute are waiting on two court rulings. One could order the pipeline to shut down again, as occurred in July 2020 only to be overturned in part by a higher court and kicked back to the judge for further consideration. The other ruling will determine whether the pipeline must undergo another environmental study already in progress and whether the pipeline’s easement was rightfully revoked last year by the judge who ordered the line to stop operating.

“As of today, the pipeline is operating illegally and the Army Corps is refusing to enforce the law by shutting it down,” Hasselman said, adding that he expects federal officials in the Biden administration to discuss the possibility of intervening. “They will certainly be hearing from us and others.”

The pipeline fight has already spanned two presidencies, and both those leaders waded into the dispute. Democratic President Barack Obama’s administration halted construction of the pipeline in 2016 minutes after a judge ruled that work could continue. Later that year, the administration said it would not approve the pipeline’s easement and planned to launch a more thorough review of the pipeline.

Immediately upon taking office in 2017, Republican President Donald Trump reversed course by signing a series of memos aimed at speeding up the permitting of major pipeline projects, including Dakota Access. The Corps under his watch scrapped the plans for a more thorough study and issued the pipeline easement in February that year. The pipeline began operating several months later.

Pipeline developer Energy Transfer declined to weigh in on whether it’s concerned about any potential interference from the Biden administration, saying it does not comment on issues related to legal matters. The company has long maintained that the pipeline is safe, and its supporters say it plays a vital role in carrying Bakken crude to market. The line transports up to 570,000 barrels per day to Illinois, where the oil can travel via other pipelines to refiners and ports along the Gulf of Mexico.

Energy Transfer plans to bolster the pipeline to accommodate up to 1.1 million barrels of oil per day, and the expansion is among the issues the Corps will examine in its environmental review. The company is building pump stations in the Dakotas and Illinois to add horsepower to push more oil through the line.

Work began on the pump station slated for Emmons County last fall, but it has slowed somewhat this winter.

“We did complete some initial ground work at the new pump stations located in North and South Dakota prior to the ground freezing,” Energy Transfer spokeswoman Lisa Coleman said in a statement. “While some types of work will resume once the ground thaws, other work at the site currently remains underway on above-ground piping, valves, electrical installation, and erecting the pump building.”

State Mineral Resources Director Lynn Helms said he doesn't anticipate the administration immediately stepping into the dispute, given the pending court rulings. But he expects a pipeline shutdown would lead to added costs to transport Bakken crude to market via other means such as rail. That would hurt the state's oil industry right as it's starting to recover from the downturn brought on by the coronavirus pandemic, he said.

Crude prices fell dramatically last year and they haven't yet risen to a level that would usher in new drilling, but they've climbed just enough to prompt some oil producers to frack wells they had drilled but left idle amid poor economics, he said. Injecting water, sand and chemicals underground to crack open rock and release oil -- the process known as fracking or hydraulic fracturing -- is among the final steps necessary for Bakken wells to start producing oil.

Helms is among many in North Dakota anxious about Biden's Cabinet picks.

He described the president-elect's choice for Interior secretary -- Rep. Deb Haaland, D-N.M. -- as an activist who has supported the Green New Deal, a package of proposals within Congress aimed at tackling climate change.

She would oversee the Interior Department, which has authority over trust lands on American Indian reservations such as Fort Berthold. Biden campaigned on a promise to end fracking on federal lands, which could be facilitated through a ban on oil permitting or leasing in those areas. It's unclear whether such a ban, if proposed, would apply to trust lands. Three Affiliated Tribes Chairman Mark Fox told the Tribune last fall he would demand that the tribe and not the federal government make decisions about energy development on those lands.

"We anticipate a negative impact on that, but we can't really quantify that as to the timing or how that might play out," Helms said.

Others in North Dakota are excited about Haaland and look forward to the new administration.

Lisa DeVille, a co-founder of Fort Berthold Protectors of Water and Earth Rights, called Haaland's nomination "historic," adding that it feels like Native Americans finally "got a voice at the table." Haaland is a member of the Laguna Pueblo tribe and would be the first Native American Interior secretary and the first to serve in a president's Cabinet.

DeVille hopes Haaland will work with grassroots organizations such as hers, which focuses on environmental issues, and not just tribal leaders as has happened in past administrations.

DeVille's group has fought the Trump administration's effort to roll back an Obama-era rule seeking to curb leaks of methane, a potent greenhouse gas that contributes to climate change. She said she would like to see the Biden administration tackle that issue, and she's encouraged by the president-elect's talk of promoting renewable energy.

"I hope some of that translates into projects on reservations like Fort Berthold," she said.

Some lawmakers at the state Capitol in Bismarck are concerned about Biden's Cabinet picks, even putting forward legislation last week targeting the incoming president's power. While it's sure to face pushback and a debate about state and federal rights, one measure, House Bill 1164, aims to give the state and cities the ability to disregard certain presidential executive orders targeting oil, coal and pandemics, among other issues.

One of its sponsors, Rep. Tom Kading, R-Fargo, said the bill is in part a reaction to the types of people Biden has selected to help him govern who "have a history of being anti-coal, anti-energy."

Jason Bohrer, president and CEO of the Lignite Energy Council, said he felt his group could find common ground with the president-elect’s choice for energy secretary, former Michigan Gov. Jennifer Granholm, on priorities such as electrifying the transportation fleet, battery storage and research to reduce carbon emissions.

Talk of reducing emissions at North Dakota’s lignite coal-fired power plants has centered around building systems to capture carbon dioxide and store it underground. The technology is in its infancy and would be pricey to build. A significant amount of research on carbon capture and storage stems from the U.S. Department of Energy.

Bohrer said he’s trying to keep his thoughts positive in regard to the incoming administration.

“I haven’t yet seen an appointee I can’t work with or that, like, scares me,” he said.

US rejoins the Paris Agreement

Ruling in Dakota Access Pipeline dispute favors Standing Rock, but fight not over

An appeals court has largely sided with the Standing Rock Sioux Tribe in its fight against the Dakota Access Pipeline, upholding a judge's decision requiring a new review and revoking a key permit. 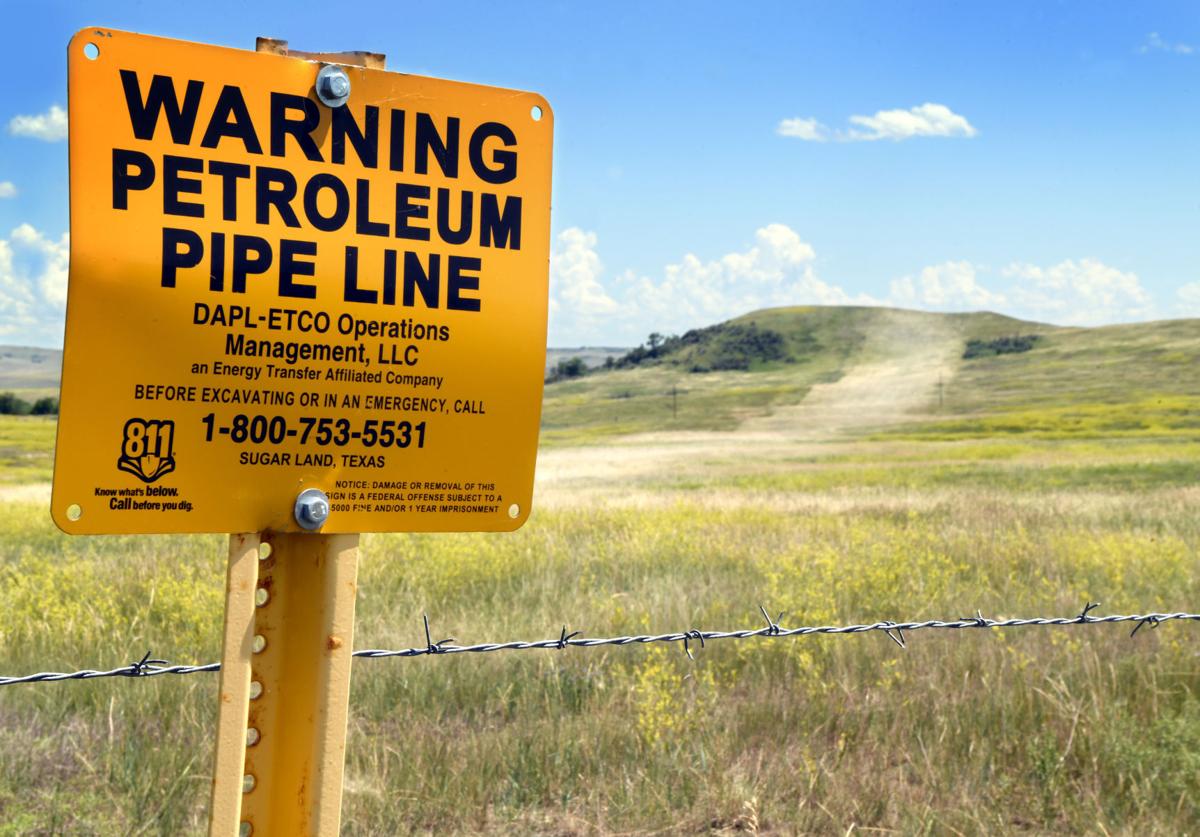 Three years after the Dakota Access Pipeline began operating, stretches of construction are still visible across the rolling hills just north of Cannon Ball on state Highway 1806 in Morton County. 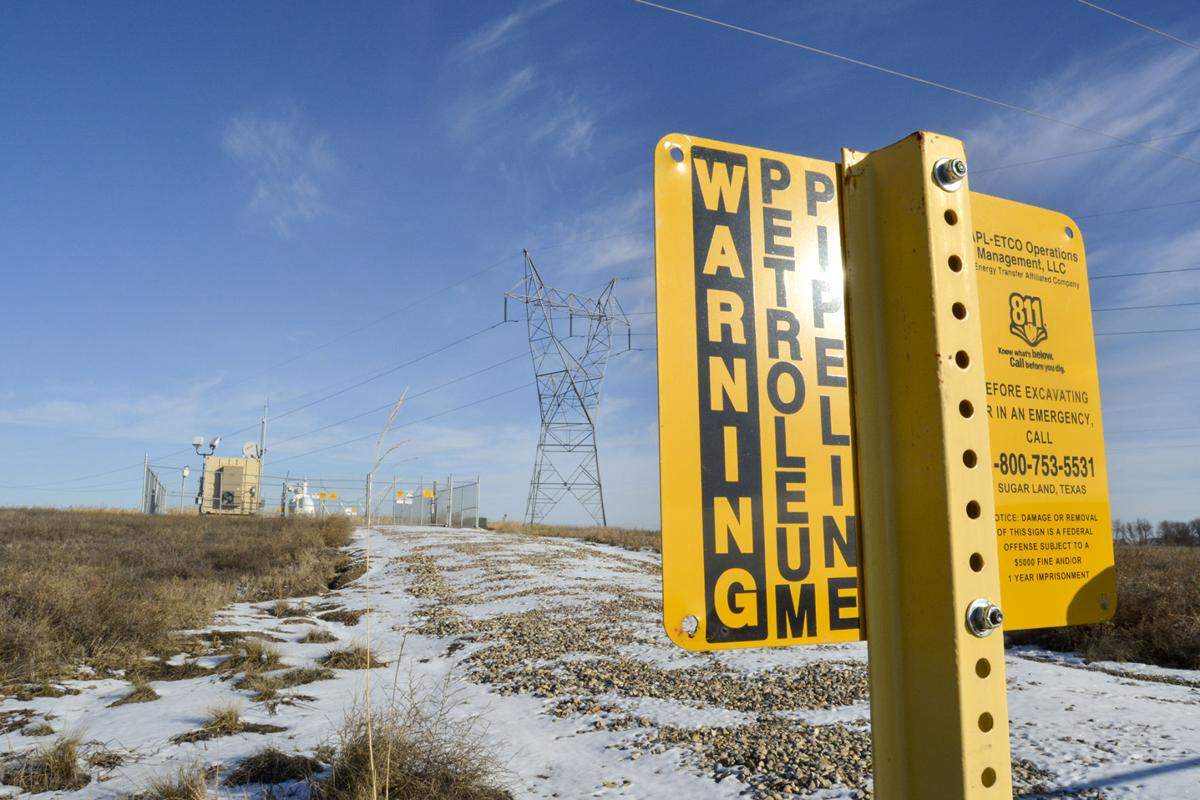 Energy Transfer is building a pump station at this site west of Linton in Emmons County to increase the amount of oil that can flow through the Dakota Access Pipeline. 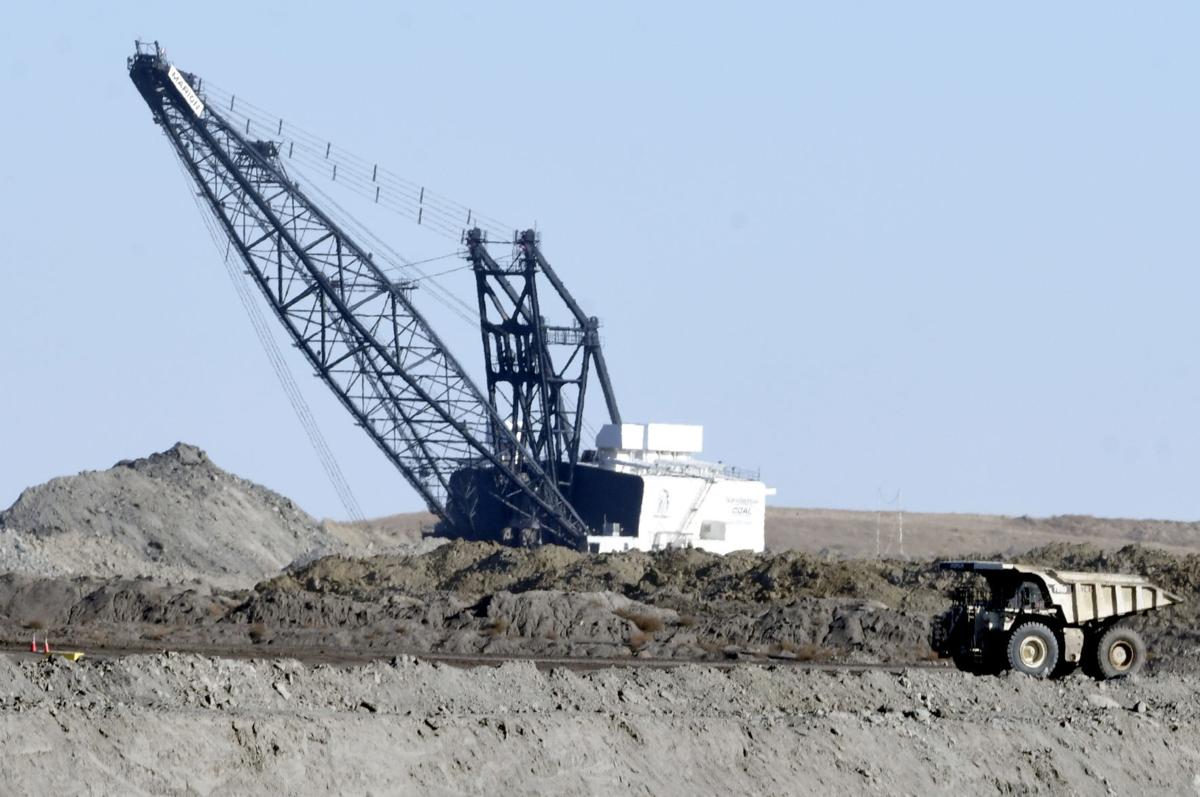 A haul truck passes a dragline removing dirt from atop a coal seam at the Falkirk Mine near Underwood. 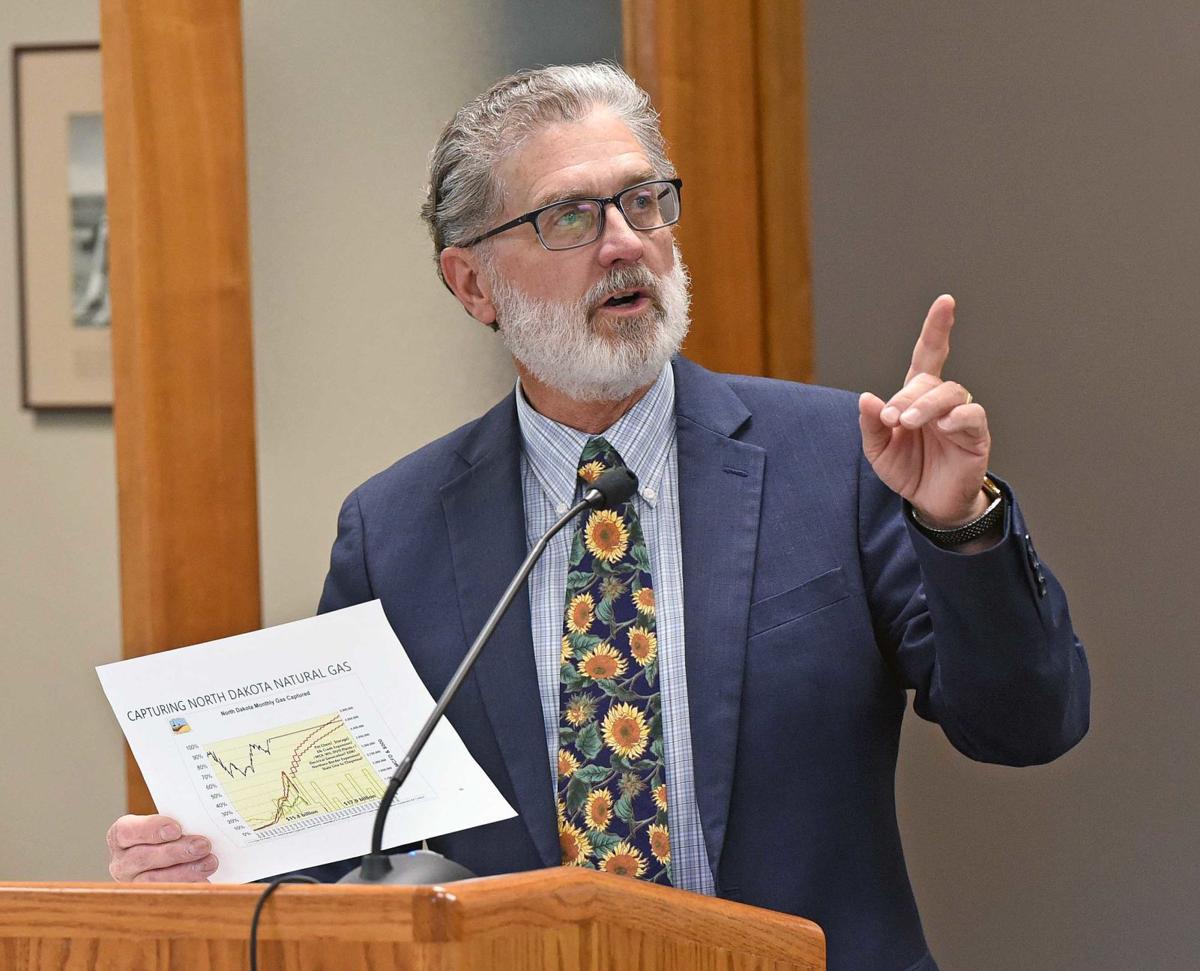 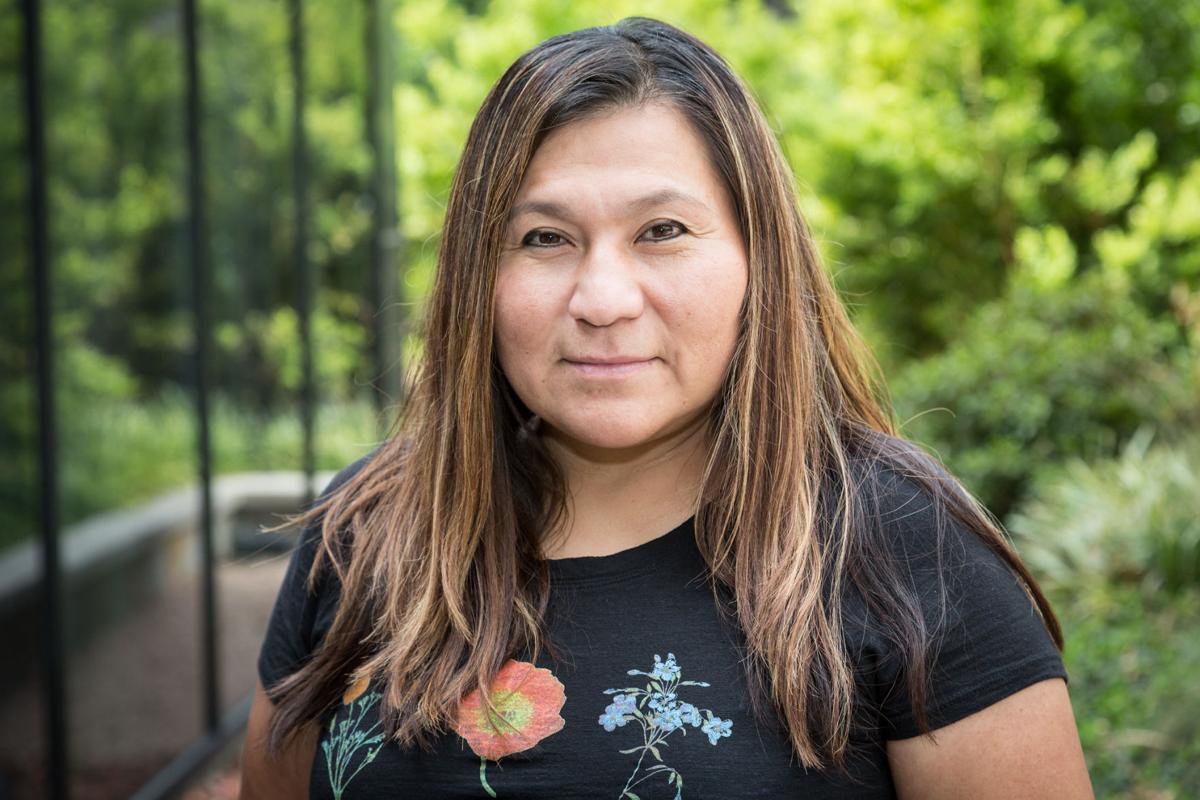