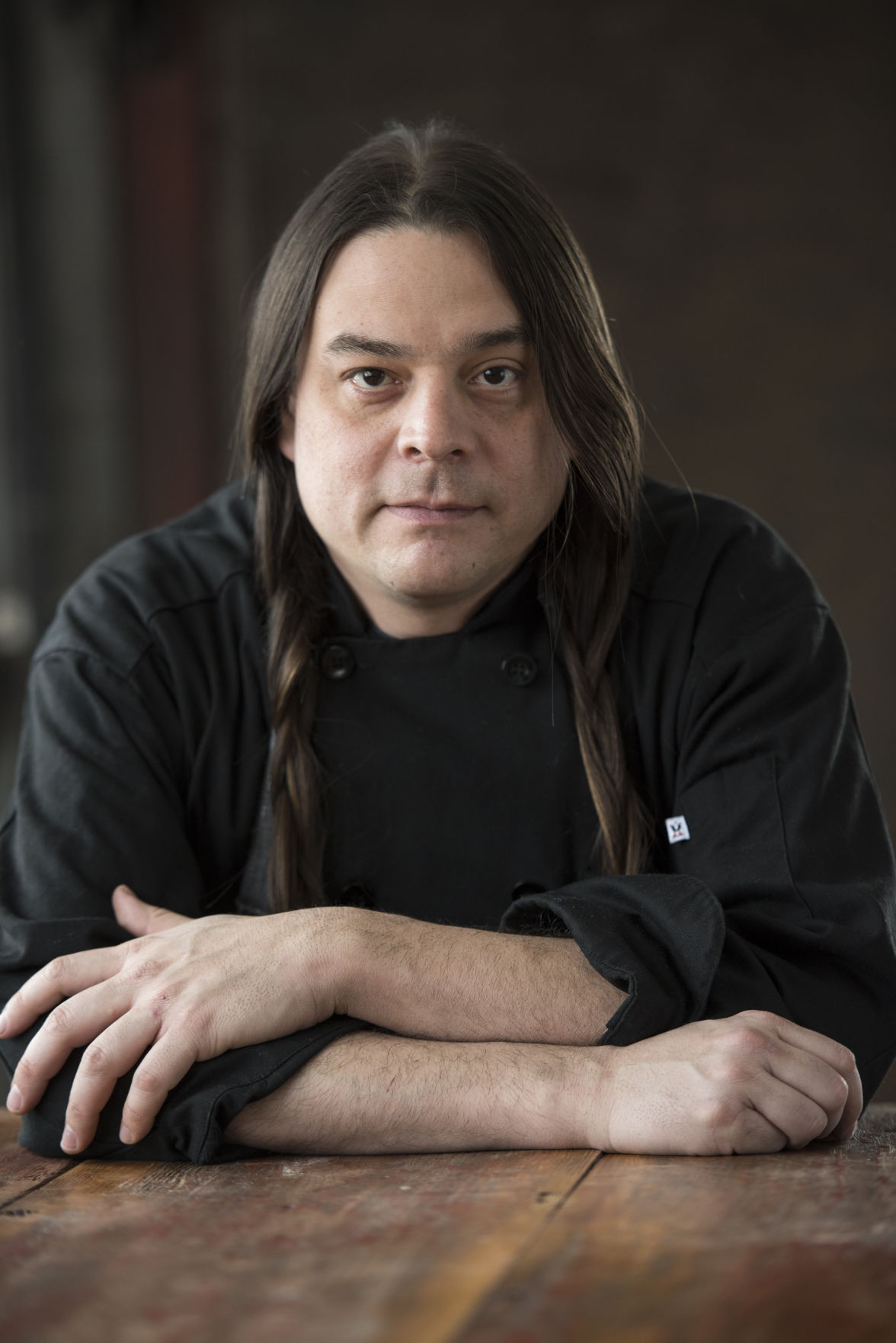 Sean Sherman is the owner and CEO of The Sioux Chef. He will be putting on an indigenous food retreat at Coteau des Prairies Lodge July 17-21. 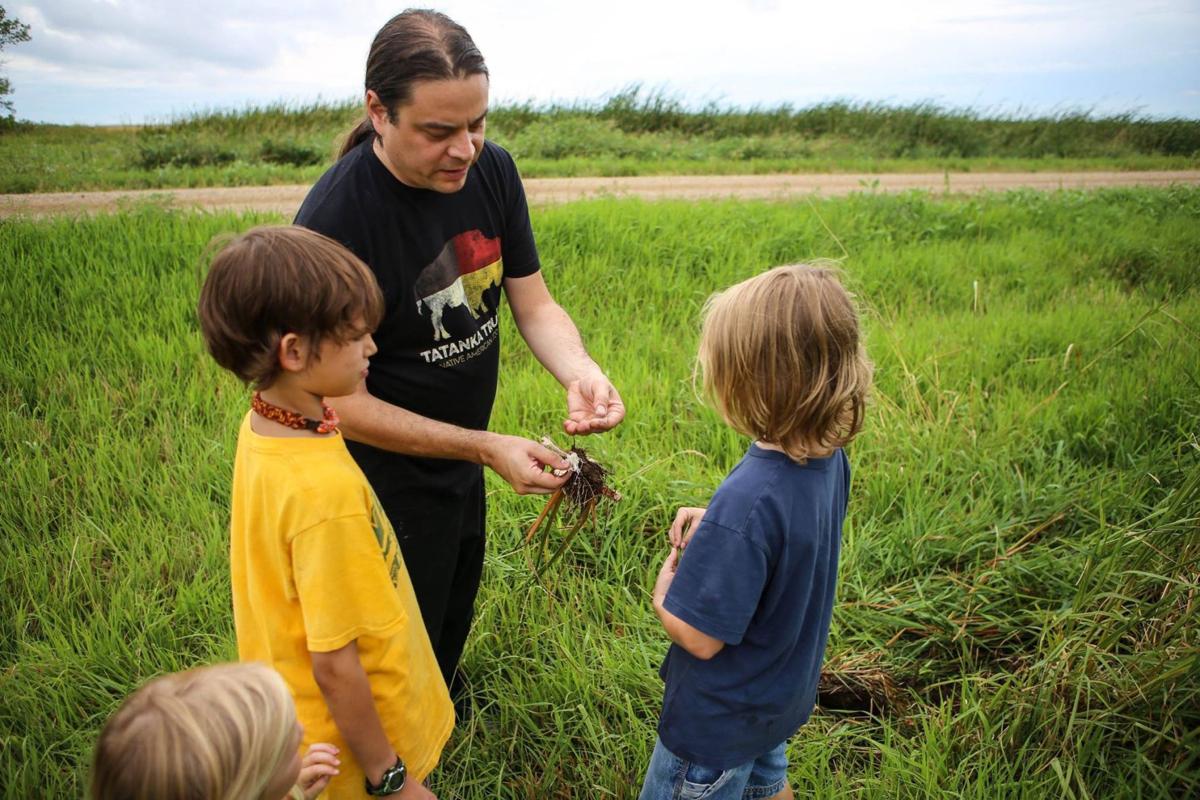 Not long after Sean Sherman became a chef, he realized no restaurants were focused on indigenous foods. He studied what indigenous people had eaten and how food was cooked and preserved, and, in time, his efforts became a passion and a business.

“I spent years researching to try to figure out for myself what native food was and what makes up an indigenous food system,” he said.

Sherman’s work became a catering business, called The Sioux Chef, and a popular food truck in Minneapolis, called Tatanka Truck. He has a cookbook set to be published next year, plans to open a restaurant and wants to start an indigenous culinary institute.

Sherman will offer his knowledge in a three-day, four-night retreat at Coteau des Prairies Lodge from July 17-21. Participants will learn the cultural and historical significance of indigenous foods, foraging and harvesting skills, the health benefits of indigenous foods and how to cook with native sources of food in the area.

The main mission of the family-owned and operated lodge, located in Sargent County on the Lake Traverse Reservation, is to connect people to rural North Dakota and show them what it’s like to live there, said Phillip Breker, events and marketing director for the lodge. The lodge is located on a working farm, and his father, a passionate advocate for soil conservation, gives farm tours.

“We love to share with people the history and heritage of the area,” Breker said.

Sherman’s work is a good fit for the lodge because the history and the heritage that it tries to showcase include that of the Native American tribes, Breker said.

Sherman started working in restaurants in the Black Hills when he was about 13. When he moved to Minneapolis after college, it took him only about three years to earn the title of chef.

The restaurants Sherman worked in tended toward the organic, farm-to-table type, and he worked with farmers and ranchers to prepare locally sourced foods. Sherman, who grew up on the Pine Ridge Reservation and is an enrolled member of the Oglala Sioux Tribe, started thinking about his own heritage and how it related to the food on the table.

After years of research, in 2014 he started The Sioux Chef as a catering business and planned to open a restaurant. Along with catering, he has put on “pop-up dinners,” including a well-received “Dinner of the Chokecherry Moon” last year at Coteau des Prairies Lodge. After receiving some early press, the company decided to hold off on the restaurant and instead started working with Native American groups in Minneapolis, including the Little Earth of United Tribes.

The group, a housing community in south Minneapolis, hired The Sioux Chef to come up with a concept for a food truck, and Tatanka Truck was born. The venture was named the Twin Cities’ most outstanding food truck in its first year.

“It’s a really cool project, because it was designed to bring jobs to Little Earth community,” he said. The food truck also buys locally sourced foods, including many from Native American-run farms, gardens and fisheries.

Sherman still hopes to open a restaurant. The Sioux Chef plans an upcoming campaign on Kickstarter to raise funds, he said.

Sherman has incorporated an educational component into his business. He has traveled to different reservations, communities and schools to tell people about the foundations of indigenous food systems and to train people to rethink what traditional food is for Native American communities. Tribes in different parts of the country have different ingredients available, but he said the idea can be applied anywhere.

The retreat at Coteau des Prairies Lodge will be The Sioux Chef’s first attempt at an in-depth class on indigenous foods. Participants will forage for what’s growing — likely chokecherries, berries, edible greens, water plants, wild herbs. Sherman also will incorporate game, including bison, venison and fish, into the menu, along with heirloom varieties of vegetables from local tribes.

Sherman and Breker hope people take home the lessons they learn from the retreat and find ways to incorporate indigenous foods into their diets. Breker said there still is plenty of space left to join the retreat.

“We love to meet people and make them a part of our story,” Breker said.

“I spent years researching to try to figure out for myself what native food was and what makes up an indigenous food system."

North Dakota's Indian Affairs Commission overspent its operating budget by 1% in the state's 2017-19 budget cycle, according to a new state audit.

Sean Sherman is the owner and CEO of The Sioux Chef. He will be putting on an indigenous food retreat at Coteau des Prairies Lodge July 17-21.