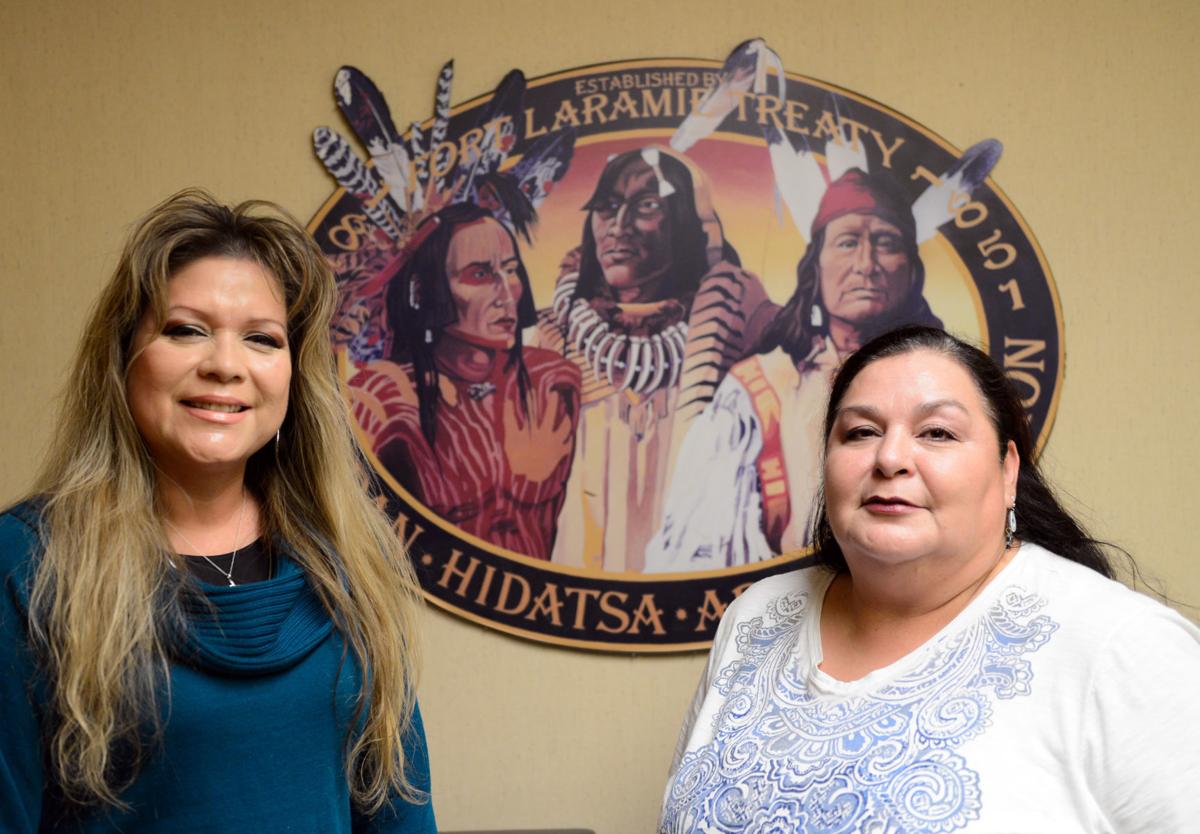 Jolene Gonzales, left, and Sharon White Bear, are staff members in charge of the new satellite office of the Mandan, Hidatsa and Arikara nation in Fargo. 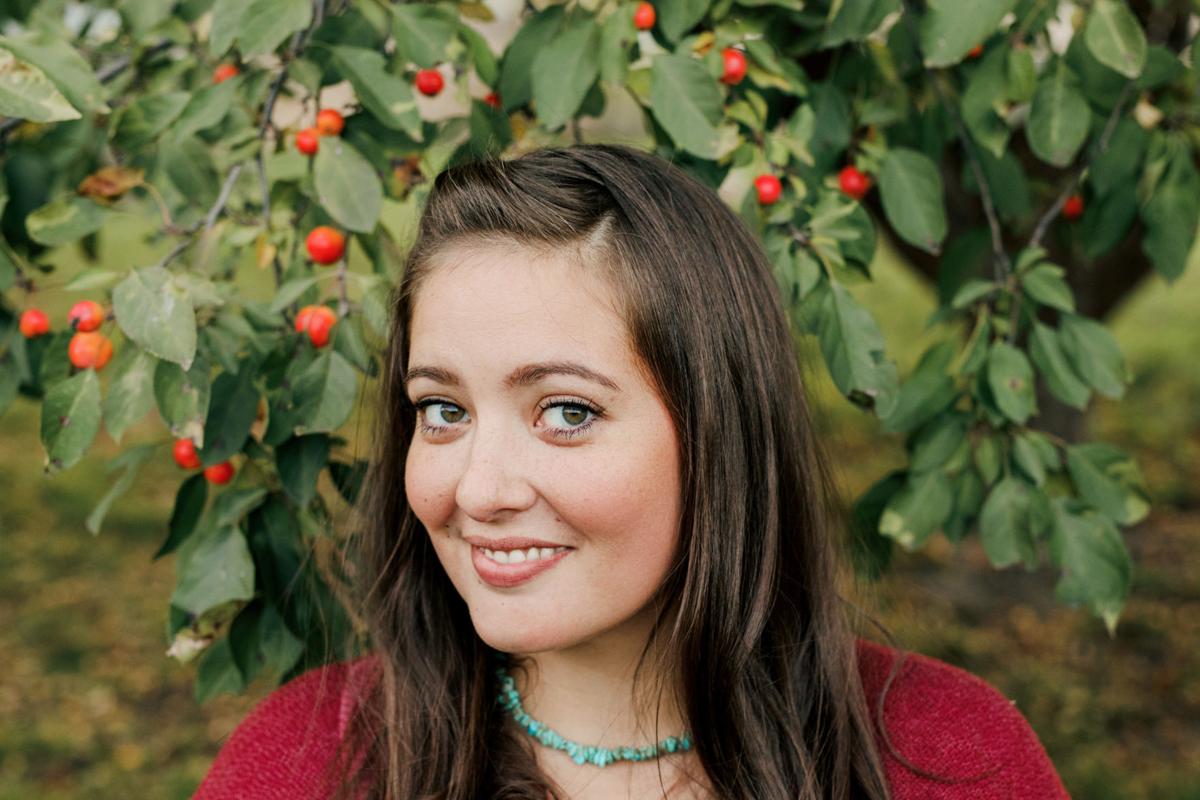 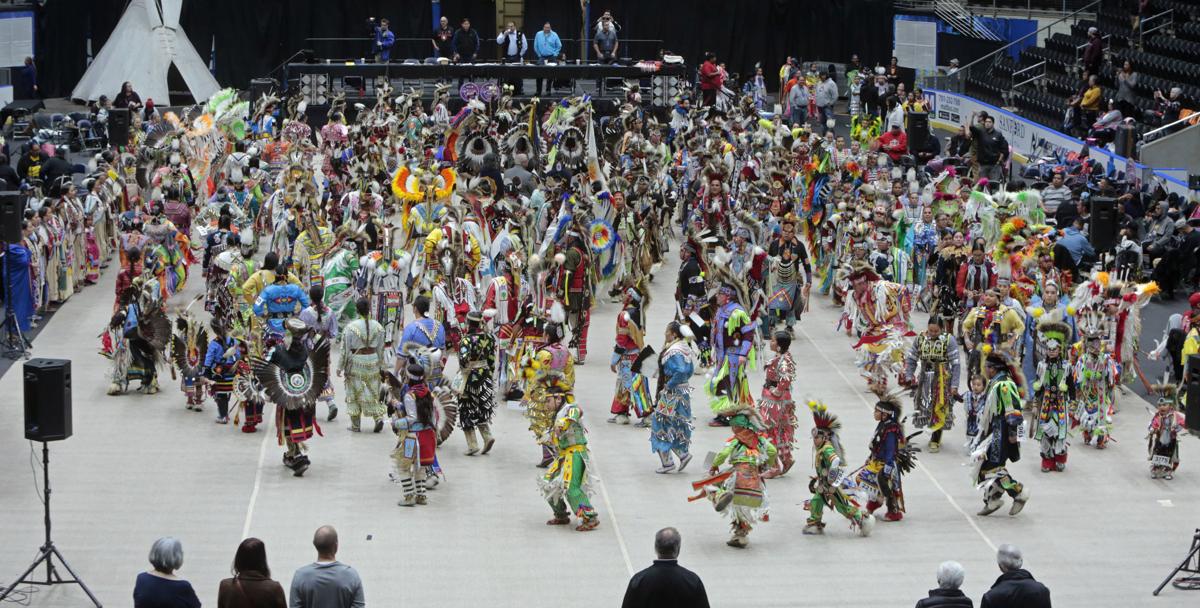 Participants fill the floor during the grand entry at the 4th annual Fargo-Moorhead Crossroads Powwow at the Scheels Arena on Saturday, Oct. 5.

FARGO — The city of Fargo has hired a consultant to begin work on developing a new Native American Center that would act as a resource hub and, eventually, a gathering space for Indigenous people.

Chalsey Snyder, a member of the Mandan Hidatsa Arikara Nation, started her seven-month contract as the consultant in early November. Snyder, who serves on the Fargo Native American Commission, said the center is the “biggest interest and need in our community.”

“Any time I’m at a Native event and the question is asked, ‘What do we need most?’ It’s a Native American Center. Hands down,” she said.

A Native American Center previously existed in Fargo, but it closed because of a lack of funds. For a new center, Snyder envisions a resource hub for Indigenous people seeking access to tribal or federal programs as well as an information center on Native American history. She also sees an eventual gathering place for events and maybe even temporary housing.

But first, she has to lay the groundwork.

Snyder plans to select potential board members, establish by-laws to apply for 501c3 status, find funders and grants, and build a network of Native American organizations.

The center will begin online, first with a Facebook page, then with its own website, Snyder said. She’s “starting small, thinking bigger,” with the hopes for an eventual building down the road as funding becomes available and sustainable.

“We deserve to have just as much recognition and pride as the Hjemkomst Center, and I think that’s a possibility,” she said. “We deserve to have a place that not only we’re proud of but that every single person — regardless of their race, culture or background — can be proud of, too.”

In 2018, Sen. Tim Mathern, D-Fargo, and Guy Fox, a member of the Native American Commission, laid out construction plans for a separate center. Their idea, with a price tag between $3 million and $5 million, would act as a cultural and health center, as well as a museum. Prairie St. John’s Hospital, where Mathern is the director for public policy, would donate the land for the proposed center next to the new behavioral health facility.

But those plans have been on hold as Fox has been working to build up his group, Fargo-Moorhead Crossroads, which hosts the city’s annual powwow. Plus, he said he hasn’t found sustainable funding to create the center. Fox said he hopes, at the least, he could build a sweat lodge in the proposed location to help Native Americans in the healing process.

Sharon White Bear, chair of the Native American Commission, said that since she moved to Fargo in 2000, she’s wanted a center for indigenous people in the community. “It just needs to get done,” she said.

White Bear, an Arikara of MHA Nation who helped start the Native American Commission, had a hand in hiring Snyder to build the foundation for a nonprofit and the eventual center.

White Bear said she wants the center to be a place to welcome newcomers to the city, to offer resources to Native Americans, to host programs or events like storytelling. But she said to do it, the community has to play a part.

“We invite anybody that wants to partner,” White Bear said. ”That’s the only way we’re going to make it stronger.”

Those wishing to help can reach Snyder at FMNPinfor@gmail.com.

Midweek blast of arctic weather to blanket much of North Dakota

A midweek blast of winter weather is promising to spoil a couple of weeks of springlike weather in North Dakota.

Owner Great River Energy says it has not made a decision to shut down North Dakota's largest coal-fired power plant.

North Dakota’s oil production may peak within five years as companies finish drilling the most prolific portions of the state’s oil patch, sta…

Jolene Gonzales, left, and Sharon White Bear, are staff members in charge of the new satellite office of the Mandan, Hidatsa and Arikara nation in Fargo.

Participants fill the floor during the grand entry at the 4th annual Fargo-Moorhead Crossroads Powwow at the Scheels Arena on Saturday, Oct. 5.