US virus deaths top 3,100 in single day for first time; ex-presidents vow to get vaccine publicly

The company proposing the controversial Burleigh Emmons Wind Farm is asking the Burleigh County Planning and Zoning Commission to reconsider its recommendation to deny the project a permit.

Representatives from Pure New Energy USA say they weren’t allowed to respond to comments from the public in the Dec. 5 hearing before the commission voted 5-3 against the project.

The company is asking for the opportunity to submit expert testimony and other evidence to respond to what PNE calls “inaccurate, false and/or misleading information” presented during the four-hour public hearing that attracted more than 500 people.

The matter will be before the Burleigh County Commission at 5 p.m. Monday in the Tom Baker Meeting Room of the City/County Building.

Ray Ziegler, director of the Burleigh County Building/Planning/Zoning Department, said his recommendation is the county commission follow the recommendation of the Planning and Zoning Commission.

“It was a public hearing on Dec. 5, and everybody had an opportunity to talk, including PNE,” Ziegler said.

PNE proposes to construct about 70 wind turbines in southern Burleigh County, including Morton and Telfer townships, and northern Emmons County in an area that covers 15,000 acres.

The Burleigh County Commission agreed to assume Morton Township’s permitting authority for the wind farm because all three of the township supervisors are participating landowners in the project. The company has not yet sought approval from Telfer Township and Emmons County.

The project prompted passionate testimony from both sides in the Dec. 5 hearing that had to be moved to the Bismarck Event Center due to the level of public interest.

PNE, in a letter from an attorney, is asking the Burleigh County Commission to delay taking final action on the permit until the Planning and Zoning Commission can reconsider the matter.

PNE raises legal questions about the recommendation to deny a conditional use permit, calling it factually and legally insufficient to withstand a challenge.

The company also objects to the recusal of Planning and Zoning Commissioner James Small and asks that he be allowed to vote.

Small owns land in Telfer Township and Emmons County that could benefit from the wind project. He does not have a financial interest in Morton Township. Small raised the potential conflict of interest at the Nov. 14 meeting and commissioners voted unanimously that he should recuse himself.

PNE argues that was improper, in part because the Planning and Zoning Commission only makes a recommendation on the permit.

Small, who sat in the audience for the Dec. 5 public hearing, said he thinks there should have been more of an opportunity to discuss the project and allow PNE to respond to public comments.

“I’m a private property rights guy, so I would vote for it if I was allowed to vote,” Small said. “I believe PNE wind has jumped through all the hoops that have been placed before them.”

Burleigh County State's Attorney Julie Lawyer wrote in a letter to PNE that the Dec. 5 public hearing was conducted appropriately.

The Burleigh County Commission is not required to hold a second public hearing on the wind farm. Commissioners will have the option on Monday to vote on the proposal or table the issue for further discussion.

More than 150 citizens filled three rooms of Bismarck’s City/County Building Wednesday night, aiming to make their voices heard in regard to a…

A wind farm is being proposed for Burleigh and Emmons counties and, on Monday, the Burleigh County Commission agreed to assume Morton Township… 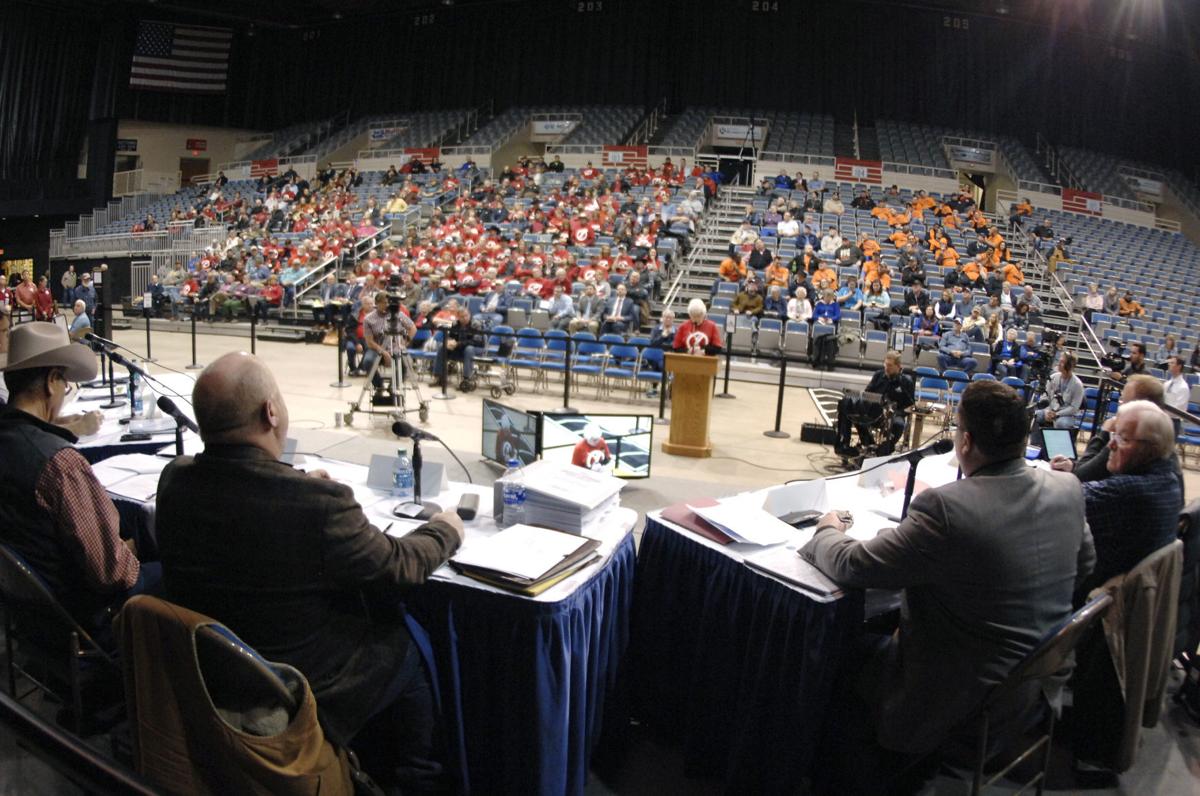 Morton Township residents and land owners testify in support or in opposition of the proposed Burleigh-Emmons Wind Farm for portions of Burleigh and Emmons counties during a Burleigh County Planning and Zoning Commission’s public hearing at the Bismarck Event Center in early December. 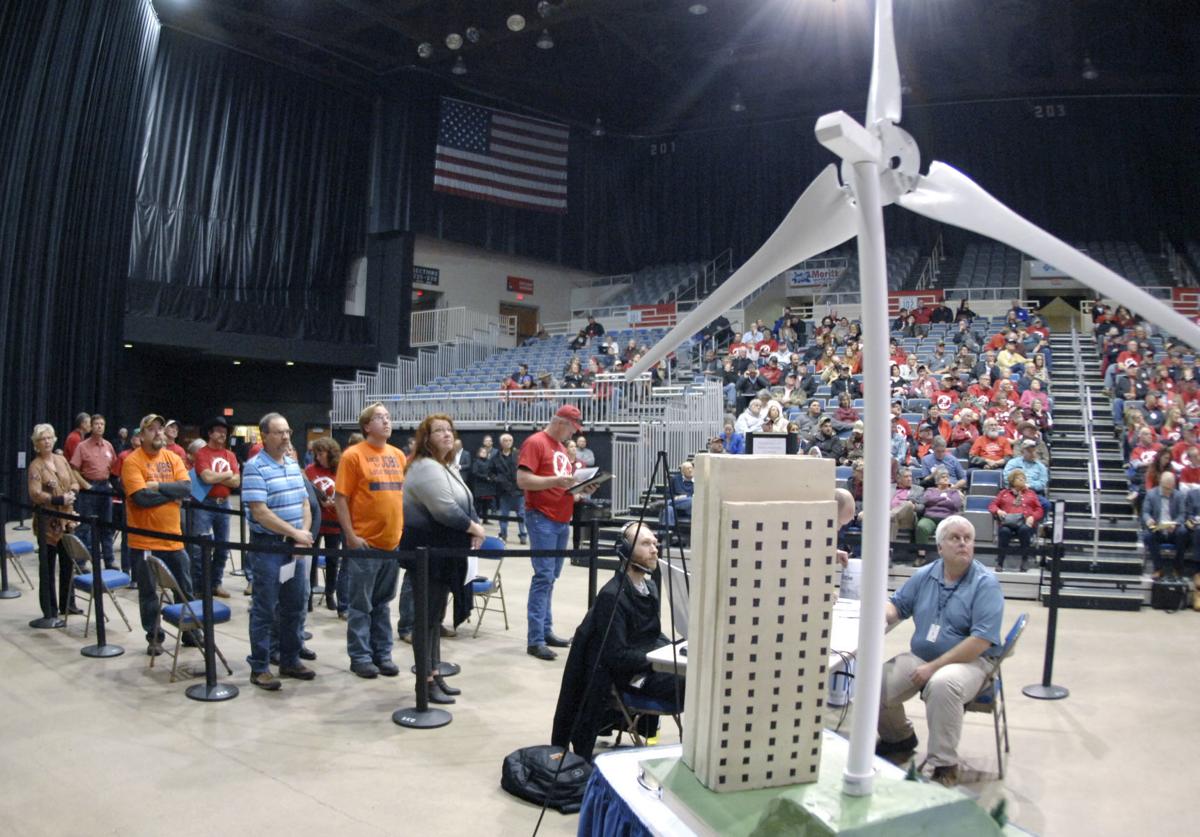 Two lines are formed between Morton Township residents and land owners to testify in support or opposition of the proposed Burleigh-Emmons Wind Farm for portions of Burleigh and Emmons counties during a Burleigh County Planning and Zoning Commission’s public hearing at the Bismarck Event Center on Wednesday night. On the right is a scale model of a wind turbine positioned next to the 19-story state Capitol building.