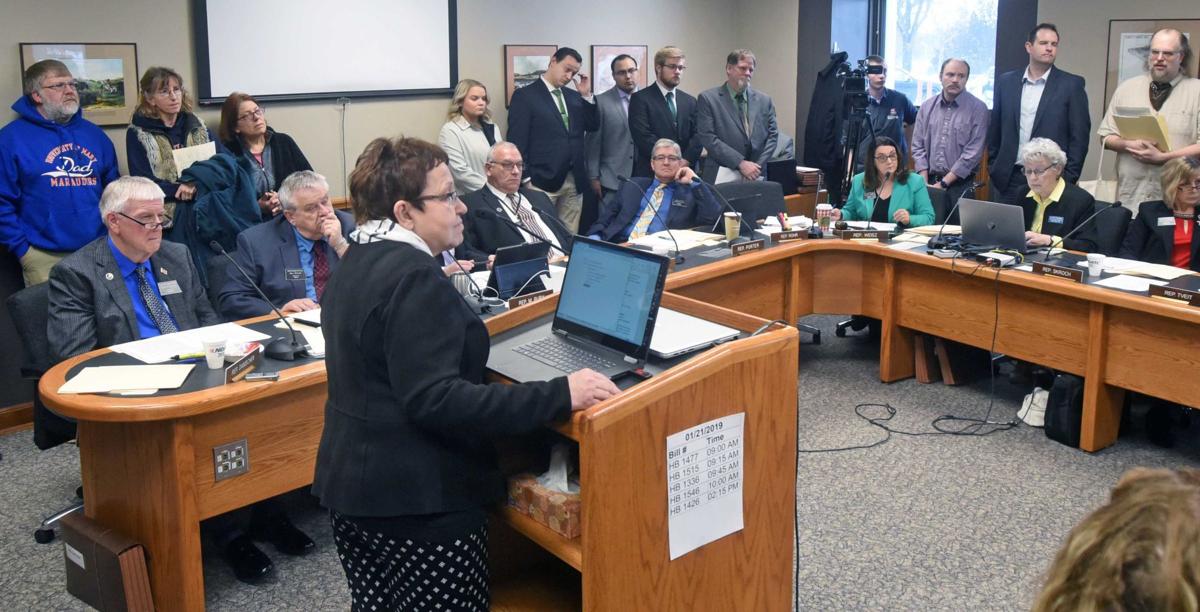 A large crowd filled a hearing room of the North Dakota state Capitol Monday to give testimony on legislation dealing with abortion. 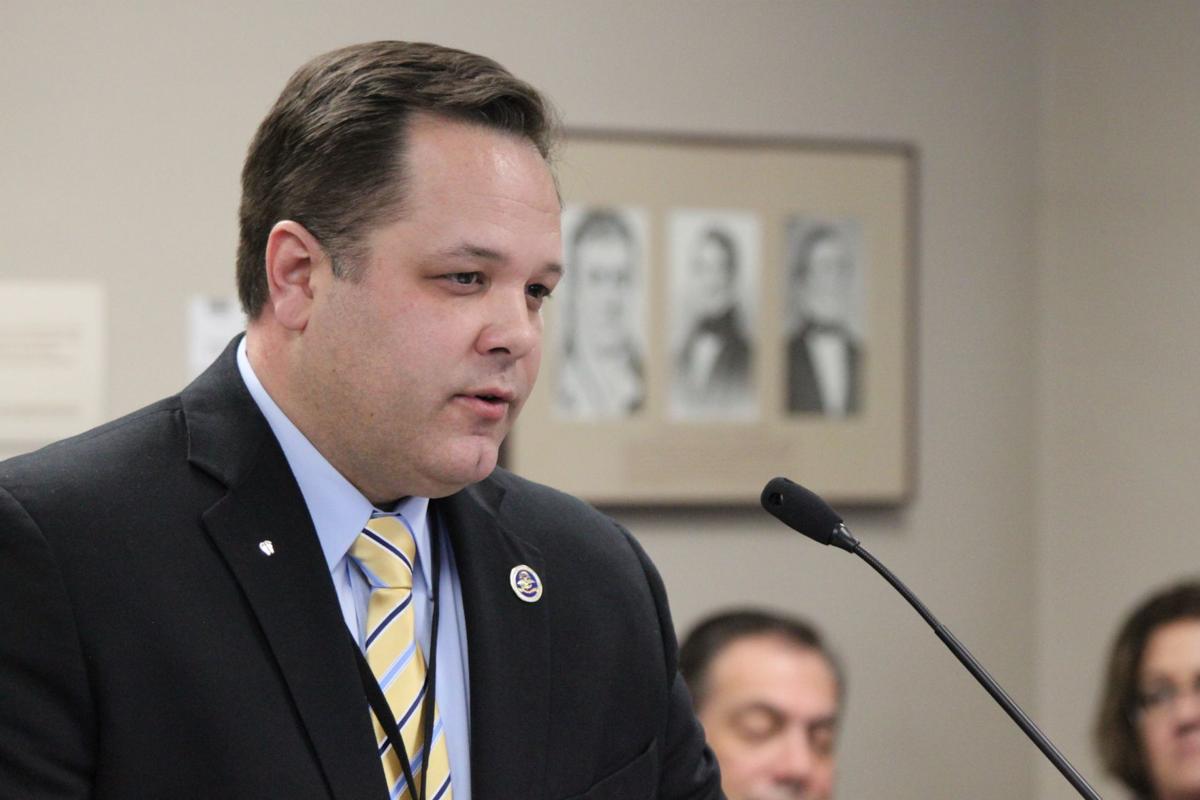 North Dakota Rep. Daniel Johnston, R-Kathryn, testifies in favor of his bill requiring physicians to inform women that they could reverse a drug-induced abortion at the state Capitol Monday.

Abortion opponents urged North Dakota lawmakers to require physicians to inform women that it's possible to reverse a drug-induced procedure Monday, a claim that the head of the state’s sole abortion clinic said isn't backed by science.

The House Human Services Committee room was packed for the hearing on House Bill 1336, proposed by a group of Republican lawmakers led by Rep. Daniel Johnston, R-Kathryn. They argued women should be given enough information to make an “educated decision” about the procedure and said the legislation doesn’t hamper access to abortion.

“When I go in as a woman to consult my physician, I want all the options, I want all the information, I want second opinions,” said Edinburg Republican Sen. Janne Myrdal, a bill cosponsor. “Why on earth are we dealing with a pregnancy differently?”

McKenzie McCoy, who is part of the Right to Life group in McKenzie County, emotionally told the committee she had a medication abortion a decade ago.

"If I had been told that there was a second chance ... I would have taken it," she said through tears.

But Tammi Kromenaker, director of the Red River Women’s Clinic in Fargo, said the bill would “force physicians to lie to their patients” because there is no “credible, medically accepted evidence that a medication abortion can be ‘reversed.’” She provided a memo from the American College of Obstetricians and Gynecologists stating "reversal" treatment claims are not supported by science.

Kromenaker said 28 percent of the clinic’s patients received a medication abortion in 2018.

“Our clinic will not perform an abortion when a patient … indicates that she is uncertain of her decision,” she said in prepared remarks. “(The bill) would undermine our ability to have honest conversations with our patients about their decisions.”

The committee also heard testimony on a separate bill outlawing "human dismemberment abortion," which the legislation's supporters described as a "gruesome" procedure. The bill would make it a Class C felony to perform that type of abortion except in the case of a medical emergency.

Kromenaker said the bill would criminalize doctors "for performing a safe and common medical procedure," which is referred to as a dilation and evacuation abortion and is typically performed in the second trimester. She noted a federal judge halted a similar ban in Arkansas, and it's now before an appeals court.

The North Dakota legislative committee didn't immediately act on the two bills after the hearings.

North Dakota passed what was described as the country's most restrictive abortion ban in 2013 because it outlawed the procedure as early as six weeks into a pregnancy. The ban was ultimately defeated in court.

A large crowd filled a hearing room of the North Dakota state Capitol Monday to give testimony on legislation dealing with abortion.

North Dakota Rep. Daniel Johnston, R-Kathryn, testifies in favor of his bill requiring physicians to inform women that they could reverse a drug-induced abortion at the state Capitol Monday.