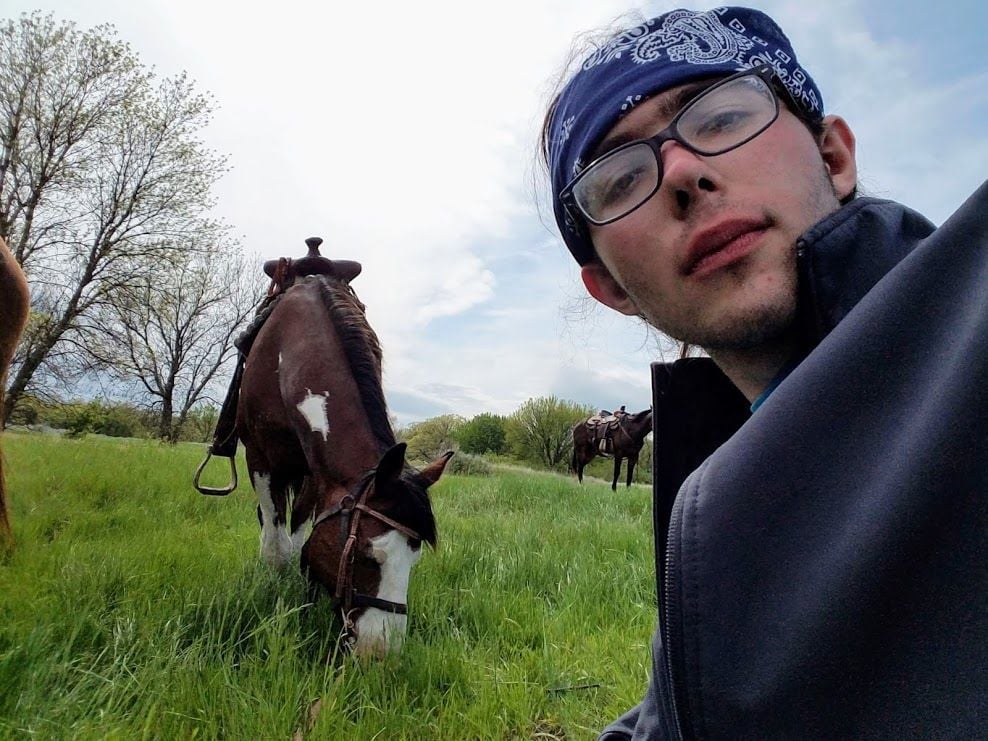 Carl Petersen is a senior computer game design and computer science major with a minor in mathematics at Dakota State University in Madison, S.D. He will present his computer game "Tipi Kaga" at the imagineNATIVE Film and Media Arts Festival in Toronto, Canada. 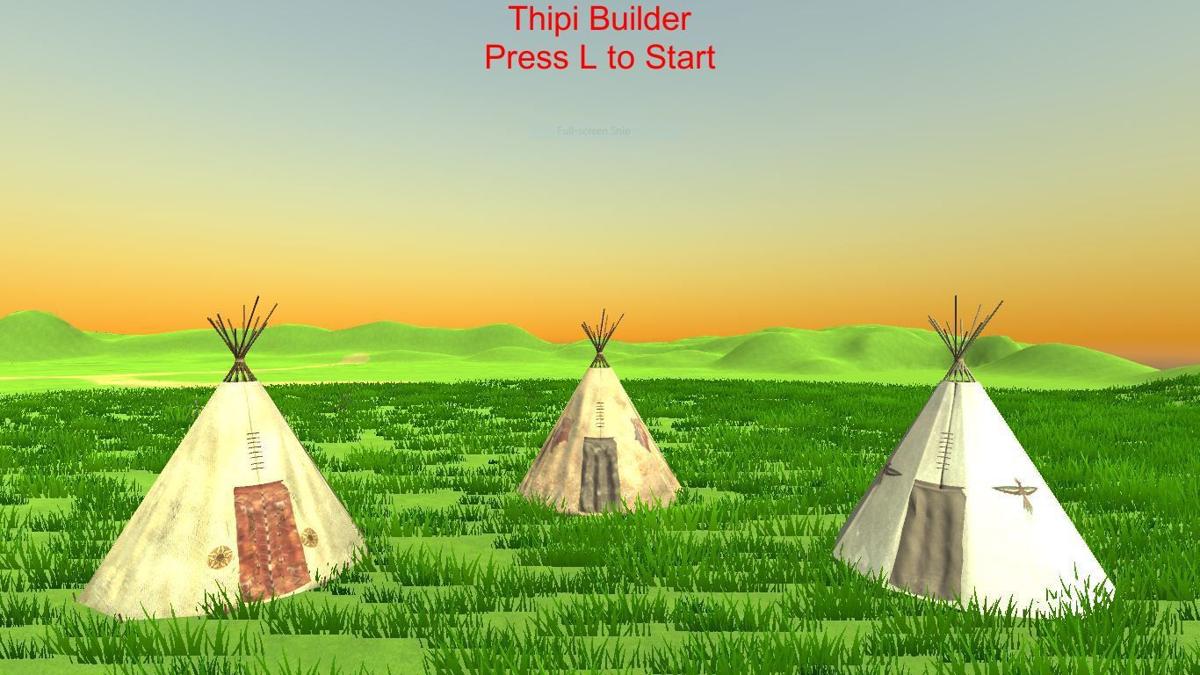 MADISON, S.D. — Dakota State University student Carl Petersen has a new way for indigenous people to engage with their language and culture: a computer game.

The game is called “Tipi Kaga,” which means “to make a tipi” in the Lakota language. In it, players will listen to the voice of an elder speaking in the Lakota language and giving them instructions on how to build a tipi. Traditionally, tipis were a form of family housing that the nomadic Lakota people could build and take down in about 15 minutes as they trailed buffalo herds.

The game, Petersen said, will give learners another opportunity to interact with Lakota, an indigenous language that lost thousands of fluent speakers as a result of forced assimilation policies and boarding schools.

“For those who don’t have access to fluent speakers and to formal Lakota classes, this is just another way to learn the language,” Petersen said. “It’s not meant to be a cure-all, but just that step in the right direction.”

Petersen, a senior computer game design and computer science major with a minor in mathematics, will present his game at the imagineNATIVE Film and Media Arts Festival in Toronto, Canada, taking place Tuesday through Oct. 27. The event is the world’s largest festival showcasing multimedia made by indigenous creators, according to a press release from Dakota State University. Petersen said he’s excited to “get on the ground floor” with other indigenous creators.

“If I can’t break into the traditional western games, I might as well make something meaningful and have fun doing it,” he said.

Petersen has been building the game for more than a year, he said. He developed a prototype of it two years ago for a computer science project. After finishing the initial project, he decided to build out the game. In March, he received a $10,000 Dreamstarter grant from the nonprofit Running Strong for American Indian Youth. Eventually Petersen brought on two other students, Megan Zephier, a senior game design student from the Yankton Sioux Tribe, and James Sierra, a junior game design student from the Oglala Sioux Tribe, to help him code, design, write the narrative, interview elders and translate the language.

Petersen said he interviewed three fluent elders from his tribe, the Cheyenne River Sioux in South Dakota, and used resources such as the New Lakota Dictionary from the Lakota Language Consortium to build the game.

Hearing and speaking Lakota gives Petersen “a deep connection to the culture and history,” he said. “It’s something to be proud of.”

Petersen took Lakota language classes from kindergarten through high school and said he now has the fluency of a 5-year-old. He said he’s hoping the game will allow people like him to be able to hear conversational Lakota and improve their fluency and vocabulary.

“I don’t want (the language) to die,” he said. “I don’t want to be the last generation of kids who heard fluent speakers.”

Woman charged with murder in teen's fatal shooting in ND

Authorities in North Dakota have arrested a woman and her brother wanted in Wisconsin for allegedly kidnapping the woman's toddler son.

Defense attorneys in North Dakota deal with a lot of potential pitfalls, but the biggest obstacle they face might be public perception.

Carl Petersen is a senior computer game design and computer science major with a minor in mathematics at Dakota State University in Madison, S.D. He will present his computer game "Tipi Kaga" at the imagineNATIVE Film and Media Arts Festival in Toronto, Canada.