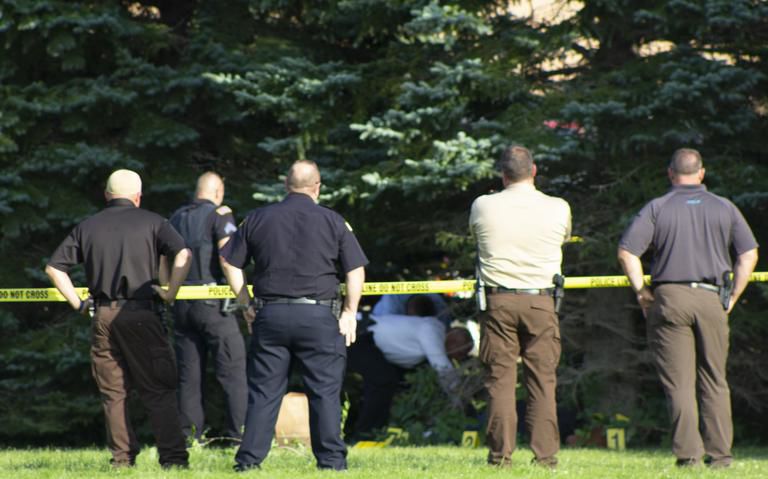 Representatives of various law enforcement agencies respond to the discovery of a body on the Dickinson State University campus. 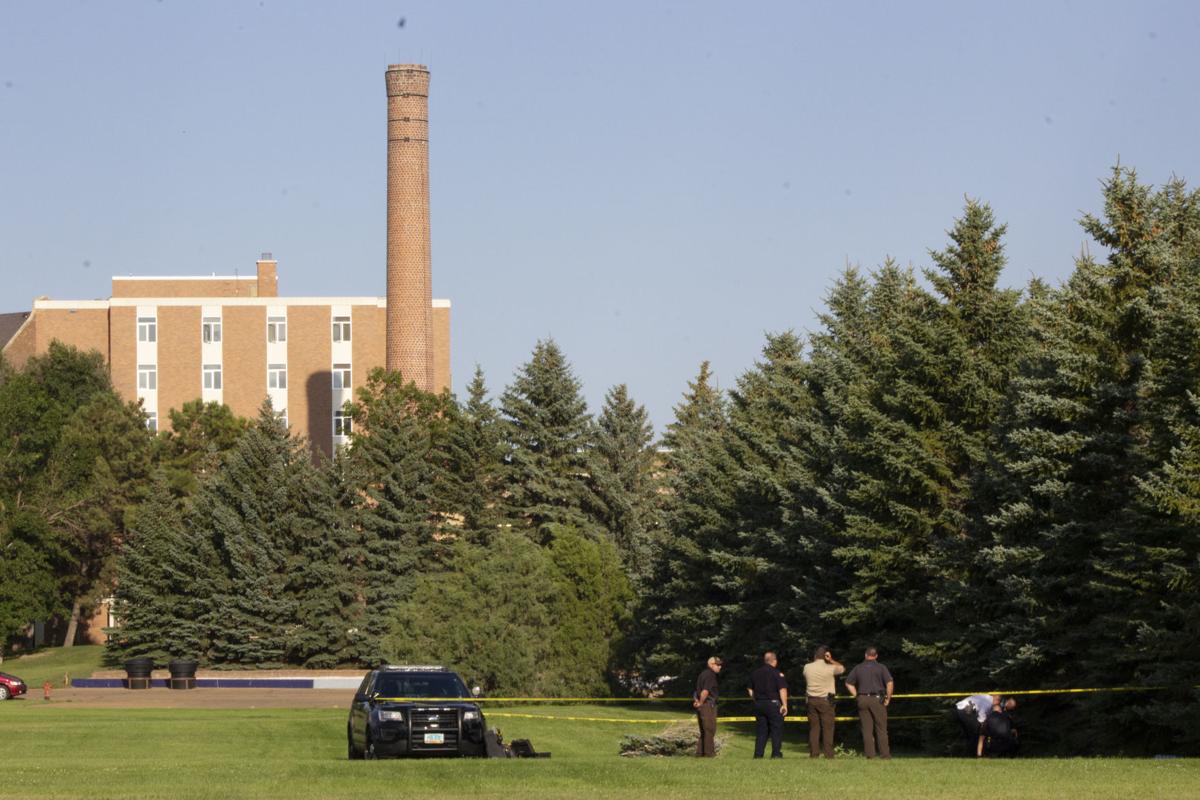 Law enforcement officers respond Monday to the discovery of a body on the Dickinson State University campus.

Just before 5 p.m. Monday, a deceased person was found in a field on Dickinson State University property near 13th Avenue West, according to Marie Moe, DSU's vice president of university relations.

According to a DSU student, one of the university's football players found the body following practice. The body is of an approximately 40-year-old woman who is likely not a student, according to Dickinson Police Capt. Joe Cianni. The Dickinson Police Department has confirmed the woman's identity, but will not release her name until her family has been notified.

Law enforcement arrived on scene shortly after receiving a phone call from the member of the DSU community who found the body. Officials asked for the university's assistance directing traffic, and they blocked a section of the road leading to the Wienbergen parking lot. They began leaving the area around 6 p.m.

More information will be made available when the Dickinson Police Department releases a statement tomorrow.

ARLINGTON, Ore. — A chemical waste landfill near the Columbia River in Oregon accepted hundreds of tons of radioactive fracking waste from Nor…

Phil Baird had an idea to start an organization to honor North Dakota rodeo competitors. Baird, educator and former rodeo rider from Mandan, had authored “40 Years of North Dakota Rodeo.”

Representatives of various law enforcement agencies respond to the discovery of a body on the Dickinson State University campus.

Law enforcement officers respond Monday to the discovery of a body on the Dickinson State University campus.