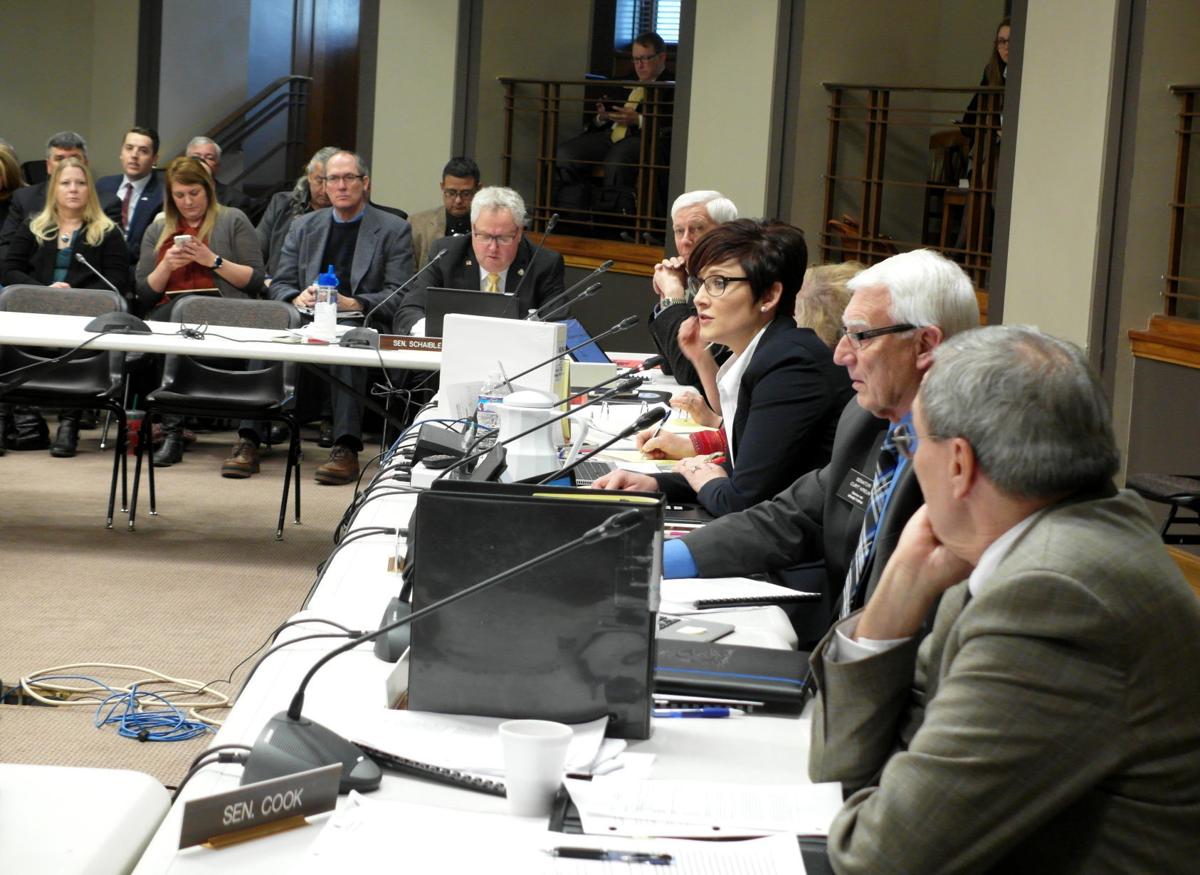 The Senate Energy and Natural Resources Committee, led by Chairwoman Jessica Unruh, R-Beulah, begins discussing a bill related to minerals under the Missouri River and Lake Sakakawea earlier in the session. 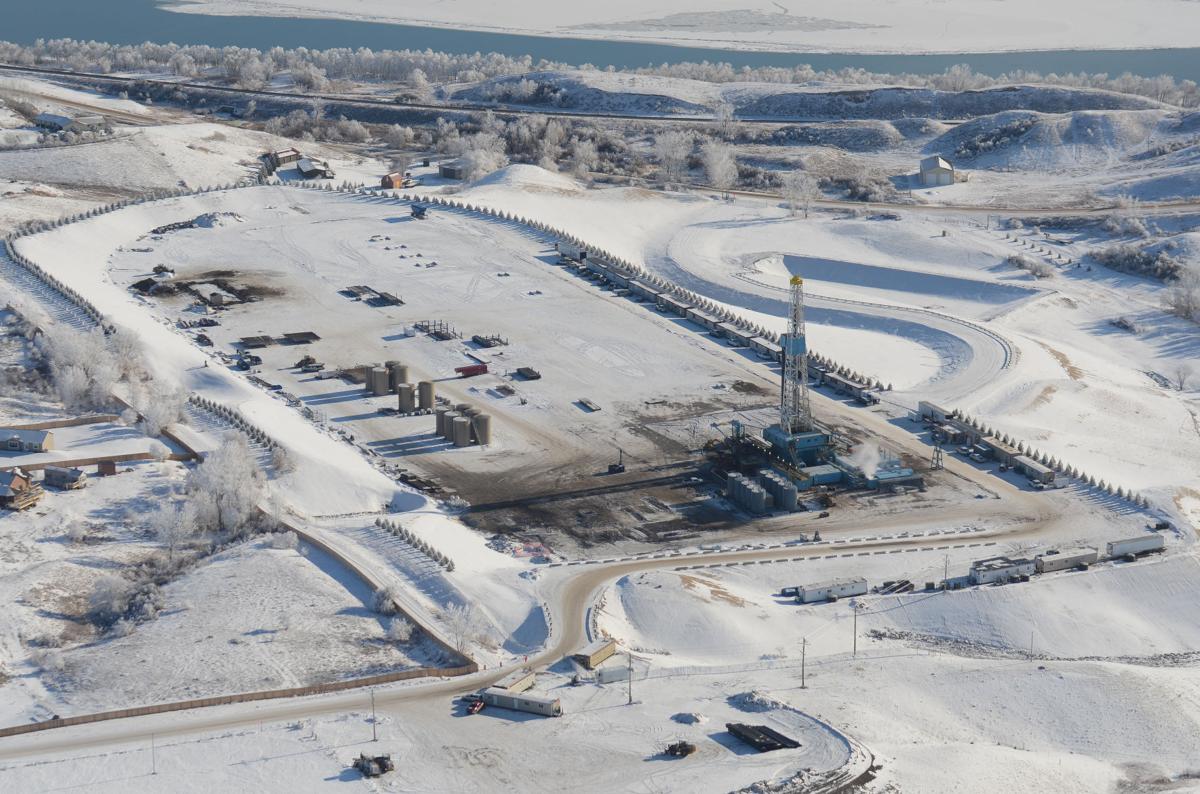 A dispute over mineral ownership in this 14-well pad in Williston, pictured under construction in 2012, is ongoing in federal court.

But the attorney who represents private mineral owners stood up on the same side as the oil industry last week, advocating for the North Dakota Legislature to resolve uncertainty over Missouri River mineral ownership.

The Missouri River and Lake Sakakawea are in the most prolific part of the Bakken oilfield, but disputes over riverbed mineral ownership have led to multiple lawsuits and disagreements between the state and federal government.

A 1950s-era federal survey defined the Missouri River before the construction of the Garrison Dam, which created Lake Sakakawea.

But the state leases minerals based on a 2009 survey the state conducted to define the ordinary high water mark of the Missouri River.

Differences between the two surveys have contributed to multiple parties claiming ownership of the same minerals. Millions of dollars are being held in escrow while legal battles drag on, and oil companies say the uncertainty over who they’re supposed to pay will deter development.

Senate Bill 2134, sponsored by Sen. Kelly Armstrong, R-Dickinson, would adopt the federal survey as the official delineation of the Missouri River and make it clear that the state only has claim to minerals under the original river channel, not Lake Sakakawea.

“This issue has been in dispute and/or litigation for at least the last 10 years,” Armstrong told the Senate Energy and Natural Resources Committee last week. “And the truth is, no one is any closer to a resolution than we were a decade ago.”

The North Dakota Petroleum Council and several private mineral owners supported the bill during the hearing, which had to be moved to a larger room due to the level of interest.

“This is one of those rare occasions that oil companies, private mineral owners and surface owners are in concert and agreement that Senate Bill 2134 is a good bill and resolves many issues,” Johnson told the committee.

Adopting the proposal would carry a huge price tag for North Dakota in lost oil and gas revenue.

Land Commissioner Lance Gaebe estimates North Dakota would lose nearly $213 million in revenue in the 2017-19 biennium as the bill is currently proposed.

In addition, Gaebe estimates a loss of more than $30 million in royalties for the 2019-21 biennium, based on recent oil prices.

Not all of the money would be returned to private mineral owners, Gaebe said.

The Board of University and School Lands would repay money to oil companies or other lease-holders, who would in turn pay mineral owners, the federal government or other entities determined to own the minerals, he said.

The loss in revenue would not affect the state’s general fund, but it would likely deplete the Strategic Investment and Improvements Fund, said Treasurer Kelly Schmidt.

That fund has supported initiatives such as the surge funding bill that enabled western North Dakota to catch up on road and infrastructure projects and the school construction loan fund, Gaebe said.

It also recently was the source of funding for the Veterinary Diagnostic Lab at North Dakota State University and expansion of the Wilson M. Laird Core and Sample Library at the University of North Dakota, Gaebe said.

“The board has managed these assets for the benefit of all citizens of North Dakota,” Gaebe said.

One of the ongoing court cases over Missouri River mineral ownership involves the family of Edward Lynch, who inherited minerals from his great aunt Esther Vohs.

The family, who owned and operated a cattle ranch next to the Missouri River near Williston, agreed to give up some of their land due to the construction of the Garrison Dam.

Family members retained the mineral interests of the land, and more than 50 years later were approached when oil companies wanted to drill near and under the Missouri River.

Lynch, who traveled from South Carolina to testify to legislators last week, said his family was initially told they owned all of the minerals that Continental Resources planned to develop in a 14-well “super pad” near the U.S. Highway 85 Bridge in Williston.

But months later, the family received two more revised estimates, and were eventually told they only owned one-third of the minerals while North Dakota was claiming it owned two-thirds, Lynch said.

“It is a huge land grab and it is an overreach from state government,” Lynch said.

The bill proposed by Armstrong would not currently affect Lynch and other mineral owners who are west of the Highway 85 Bridge in Williston. They argued they should be included, and one member of the legislative committee told Gaebe to estimate the fiscal impact of amending the bill.

Preston Page, a private mineral owner and owner of Dakota Energy Advisors of Bismarck, told legislators he estimates there are more than 3,600 unique mineral owners with oil leases in the affected lands.

“This isn’t corporations. This isn’t big oil companies out of Houston. This is private mineral owners whose land was taken 50, 60 years ago,” Page said.

“Our work has just begun,” she said.

Armstrong said the intent of the bill is not to affect any minerals that are on the Fort Berthold Reservation and he does not object to amending the bill to make that clear.

The Mandan, Hidatsa and Arikara Nation opposes the bill as it’s written, but Chairman Mark Fox told legislators his position would likely change if the bill is amended to exclude Fort Berthold.

The Board of University and School Lands, which is led by the governor, has not met since the bill was introduced and has not taken a position.

In October, under former Gov. Jack Dalrymple, the board approved a motion to clarify that it is not trying to claim ownership of minerals under Lake Sakakawea.

The discussion was prompted by concern from the oil industry and mineral owners after attorneys representing the state said during court cases that there is no distinction between the historical river channel of the Missouri River and Lake Sakakawea, conflicting with the state’s practice of only leasing minerals under the river.

The board, now under the leadership of Gov. Doug Burgum, is scheduled to meet Jan. 30.

“The fiscal impact’s there, but let’s make sure we do the right thing,” Cook said.

A longer version of this story is available at bismarcktribune.com

A massive $1.1 billion bonding package aimed largely at financing infrastructure projects across North Dakota is being withdrawn and will be r…

The Senate Energy and Natural Resources Committee, led by Chairwoman Jessica Unruh, R-Beulah, begins discussing a bill related to minerals under the Missouri River and Lake Sakakawea earlier in the session.

A dispute over mineral ownership in this 14-well pad in Williston, pictured under construction in 2012, is ongoing in federal court. 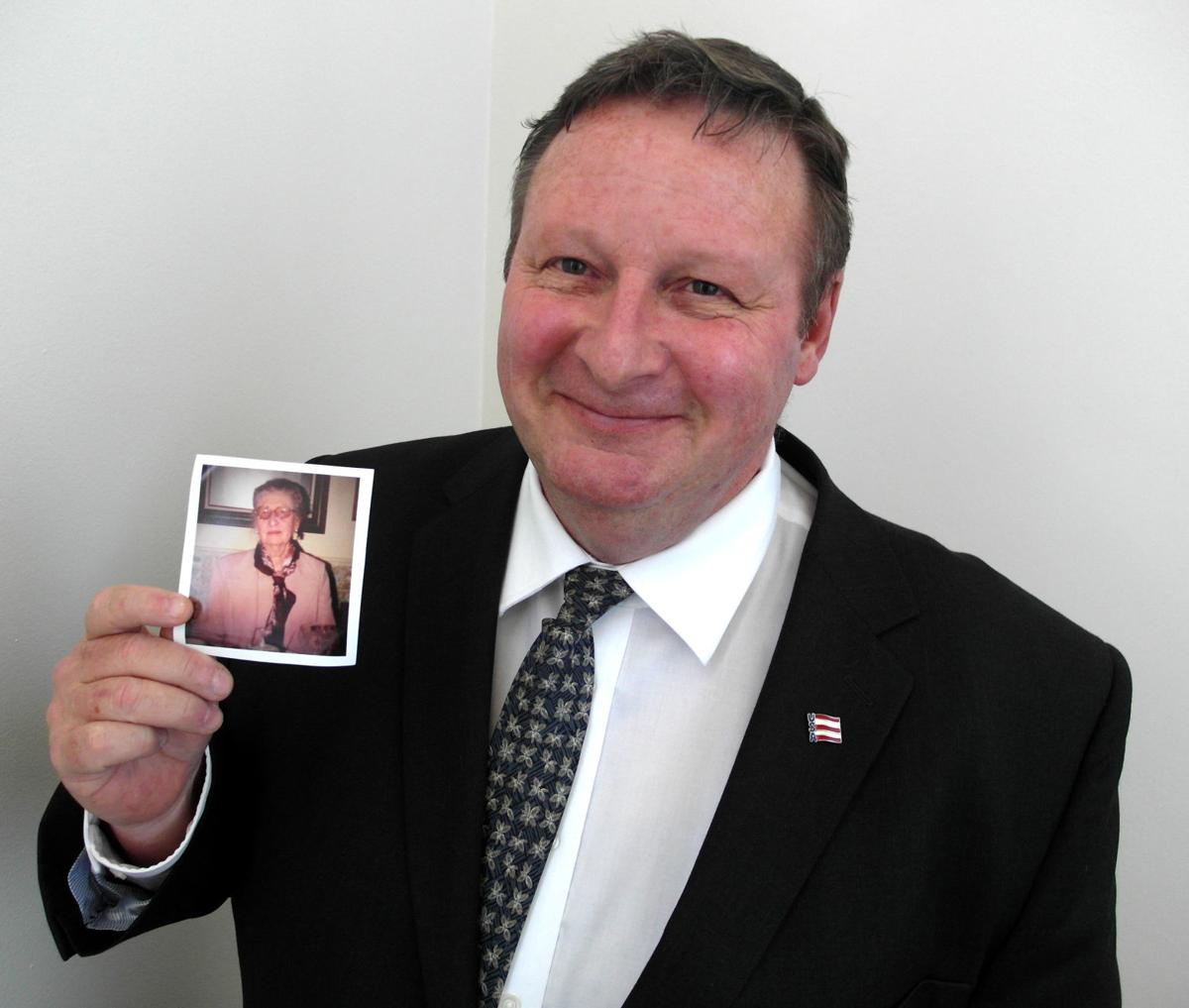 Edward Lynch, pictured Thursday in Bismarck, holds a photo of his great aunt Esther Vohs, who he inherited minerals from in western North Dakota. Now Lynch is fighting on behalf of his family to be treated fairly as oil companies develop their minerals below the Missouri River near Williston.