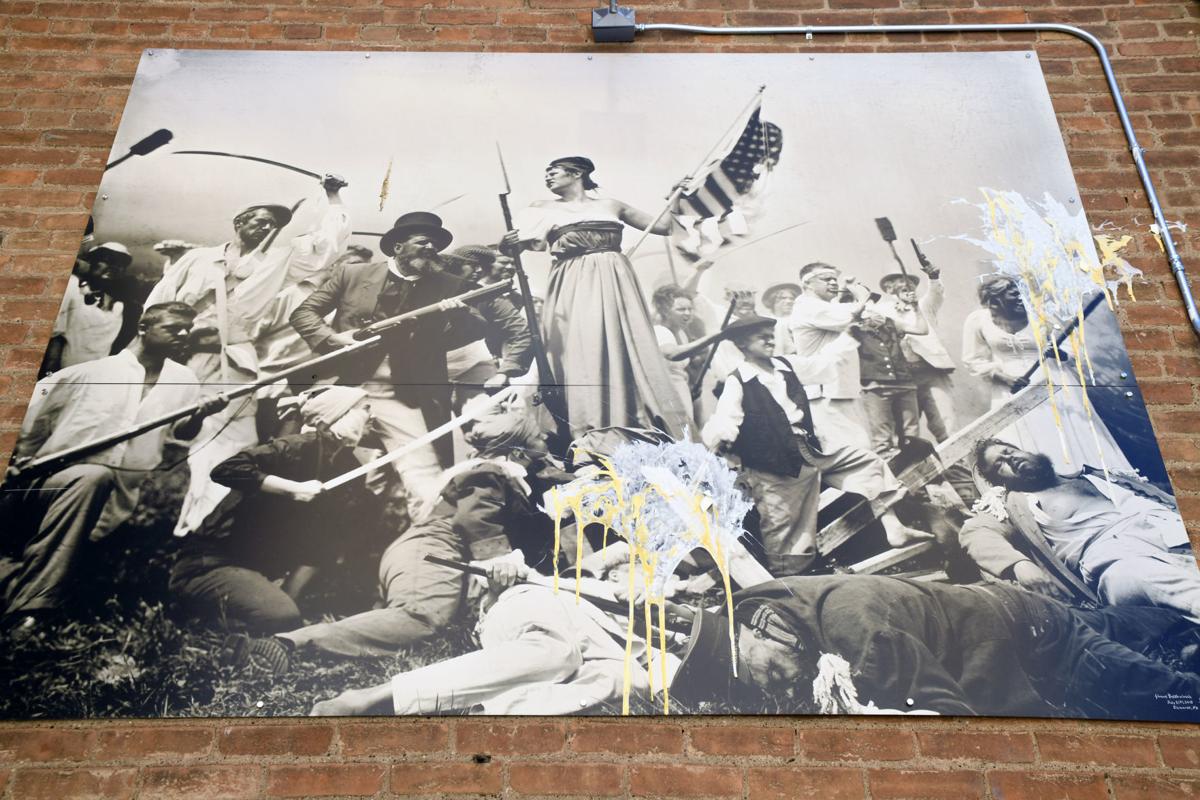 Vandals on Thursday tossed eggs at the mural image by Bismarck artist Shane Balkowitsch on display in a downtown Bismarck alley. 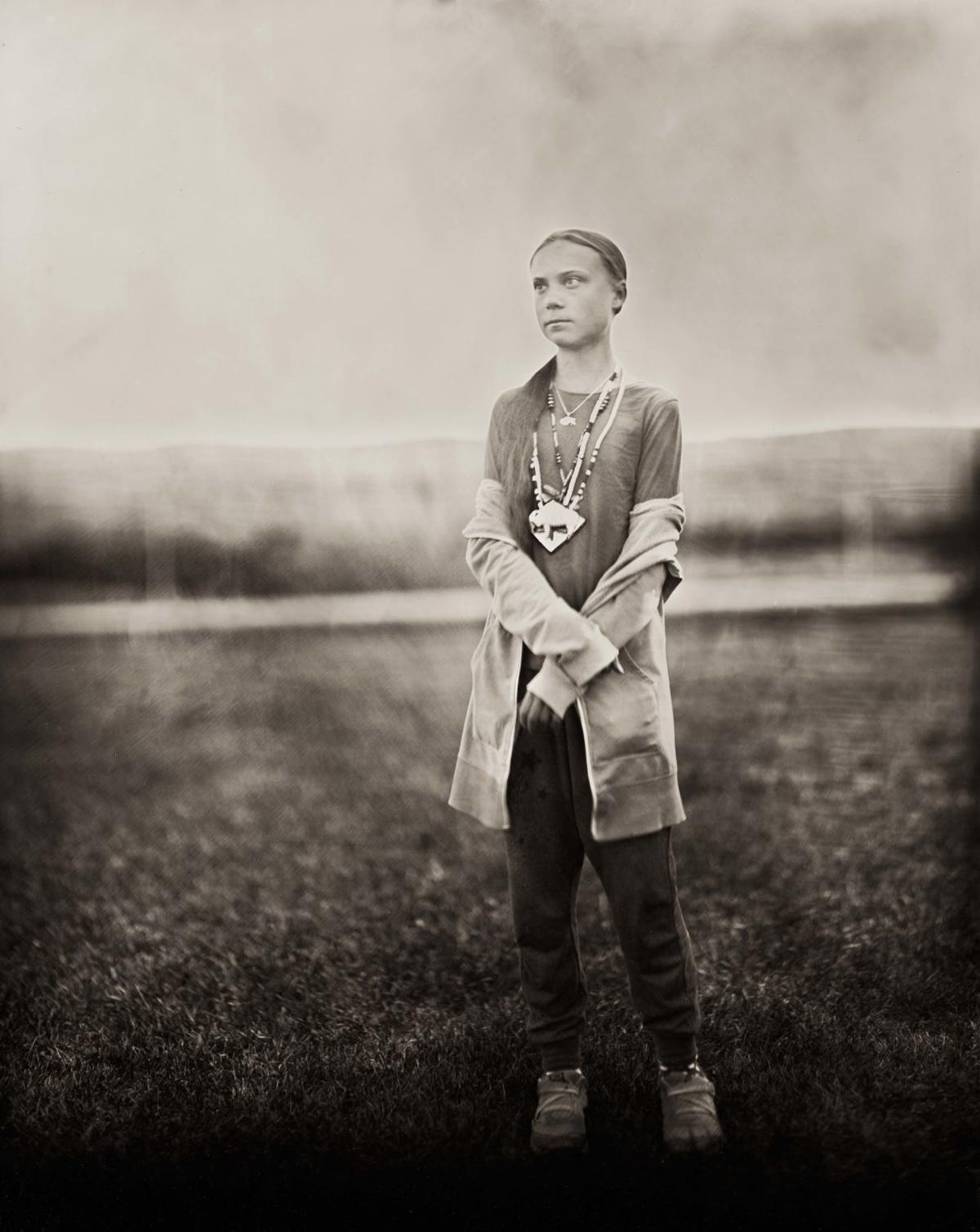 A downtown Bismarck mural created by local artist Shane Balkowitsch was vandalized Thursday, a day after he canceled plans for a mural of Swedish teenage climate change activist Greta Thunberg due to threats of boycotts and talk of possible vandalism against the business where it would have been displayed.

Meanwhile, the Thunberg mural was on the verge of finding a home across the state in Fargo.

Balkowitsch's mural "Liberty Trudges Through Injustice" in the alley next to Capital Gallery was egged. The mural depicting Lady Liberty was inspired by the painting at the Louvre "Liberty Leading the People" by Eugène Delacroix.

"The fact that it's Lady Liberty being smeared, it seems poignant and telling," Balkowitsch said. "These are First Amendment things, freedom of speech, freedom of expression, freedom of the arts."

Police were notified and officers investigated the scene, Officer Lynn Wanner said. She had no immediate information on whether there were any suspects.

The mural is an aluminum panel with a layer of varnish. Balkowitsch said he won't know until it's cleaned whether there is permanent damage. Cleaning was planned Friday, when the weather was forecast to warm.

Balkowitsch specializes in a form of glass plate photography that dates more than 150 years. He had planned a mural of Thunberg on an exterior wall of Brick Oven Bakery. The plan drew hundreds of negative comments on social media, some referencing possible boycotts and vandalism. Balkowitsch, who had planned the mural as a celebration of art and not as a political statement about fossil fuels, pulled his application with the city Wednesday, saying he didn't want to see a business threatened due to his work.

Balkowitsch uses a photography method known as “wet plate collodion" that involves wetting glass with various chemicals before inserting the plate into a camera and then developing the photo. His art is displayed in places ranging from the Smithsonian Institution to the Library of Congress to the Swedish History Museum.

The image of Thunberg, titled "Standing for Us All," is one he preserved when she visited the Standing Rock Sioux Reservation in October. Former Fargo city commissioner and deputy mayor Mike Williams said he is leading an effort to buy the mural for an undisclosed price and bring it to that city. He said it will be a team effort involving himself, his wife, Susan, and "contributions from the community."

"We've identified a couple of potential sites; we'll seal the deal either tonight or tomorrow," he said Thursday afternoon. "It's a real opportunity. It will be nice to have this grassroots effort to find a nice spot for a nice piece of art."

Williams, an insurance company risk manager who is concerned about climate change, is bringing the mural to Fargo not to make a point but to boost public art and expression, he said. He is not worried that the mural might be controversial or a target for vandals.

"Public art and freedom of expression is part of what we celebrate as a country," he said. "We've had public art (vandalism) issues before. It always can be a challenge. You just keep putting it back up."

Balkowitsch said he is pleased the mural is finding a home.

"Within 24 hours of us losing this piece here in Bismarck, Fargo is going to rectify that matter," he said.

A Greta Thunberg mural that caused turmoil in Bismarck will be displayed on a business in downtown Fargo.

Vandals on Thursday tossed eggs at the mural image by Bismarck artist Shane Balkowitsch on display in a downtown Bismarck alley. 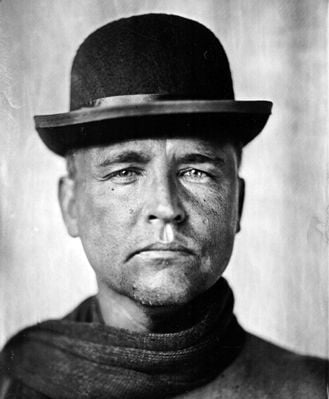