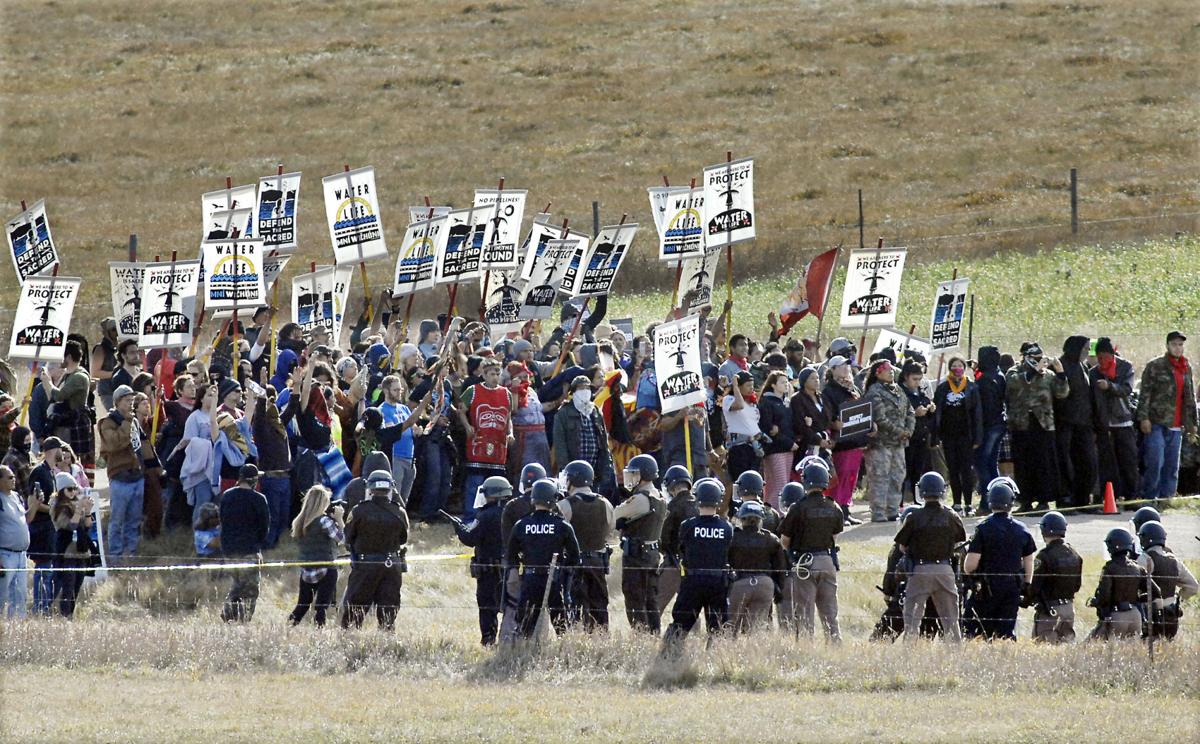 A march of about 150 Dakota Access Pipeline protesters ended in a peaceful stand-off with approximately 100 law enforcement on County Road 81 southeast of St. Anthony on Saturday. For more photos go to bismarcktribune.com/gallery. 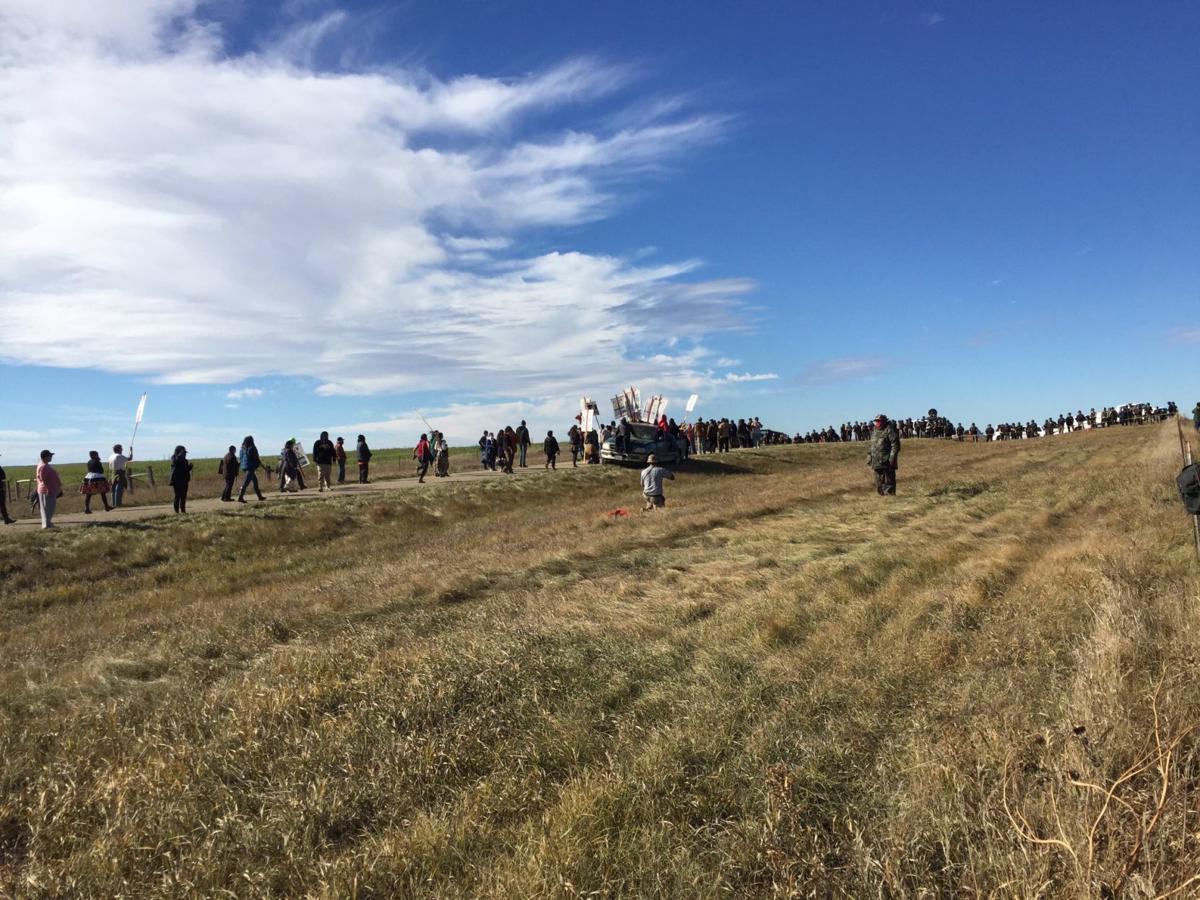 Protesters walk down a rural county road on Saturday morning after a confrontation with police.

MORTON COUNTY — Opponents of the Dakota Access Pipeline protested at multiple locations near St. Anthony on Saturday morning, causing construction to pause at some work sites before resuming later in the day.

Police arrested 14 people during the demonstrations which involved a series of roadblocks and took police and protesters — by car and foot — through the prairie by rural gravel roads.

Pipeline workers were evacuated from sites near the protests by 9 a.m. All work continued by 2 p.m., according to Rob Keller, a spokesman for the Morton County Sheriff’s Department.

The day came to a head around 11 a.m. as about 100 officers converged with 150 protesters on County Road 81 southeast of St. Anthony. For an hour, protesters sang and beat drums in the middle of the gravel road as police stood behind a line of yellow tape.

Around noon, the group turned around and walked back to their cars. No one was arrested.

Most of the group had marched 3 to 4 miles to this final confrontation after police blockaded traffic on the road, preventing them from continuing by car. Mark Tilsen, a protester from South Dakota, said the group was headed to support a man who locked himself onto equipment earlier in the day.

The march was also intended to show police that the protesters are peaceful, said Marena Mahto, a Dickinson native and member of the Three Affiliated Tribes.

"We're trying to show them we're here for a reason," she said, noting her concerns about the water.

Mahto was taken aback by the heavy police presence at the site, which included dozens of officers, a helicopter circling above, armored vehicles and multiple transport vans.

"Looks are everything," she said, indicating the way that officers tapped on their batons. "That shows us they're looking for a fight."

Earlier in the day, 10 people were arrested after allegedly congregating in the middle of Highway 6 near an active construction site and refusing to leave, according to Keller.

Keller said the caravan was stopped by police at the intersection of the highway and County Road 135 around 9 a.m., about two miles south of where crews are actively running pipe — the same place a large protest took place Monday.

The group got out of their cars along the road, and some refused to leave on orders from police, Keller said. They are facing charges of disobedience of a public safety order during riot conditions and disorderly conduct.

Also Saturday, a man attached himself to the arm of a track hoe 8 miles southeast of St. Anthony, in an act of protest against the 1,172-mile crude oil pipeline.

Keller said that person detached himself after five hours, while police were waiting for equipment to remove him. Officers helped lower him to the ground, where he was arrested for reckless endangerment, trespass and inciting a riot.

The other three people arrested are accused of trespassing on a rancher's land, Keller said.

Multiple groups of protesters were stopped at other locations by police blockades, according to protest camp Facebook posts.

Highway 6 was temporarily closed to traffic from St. Anthony to County Road 135, and local residents were advised to stay off of the road.

A march of about 150 Dakota Access Pipeline protesters ended in a peaceful stand-off with approximately 100 law enforcement on County Road 81 southeast of St. Anthony on Saturday. For more photos go to bismarcktribune.com/gallery.

Protesters walk down a rural county road on Saturday morning after a confrontation with police.