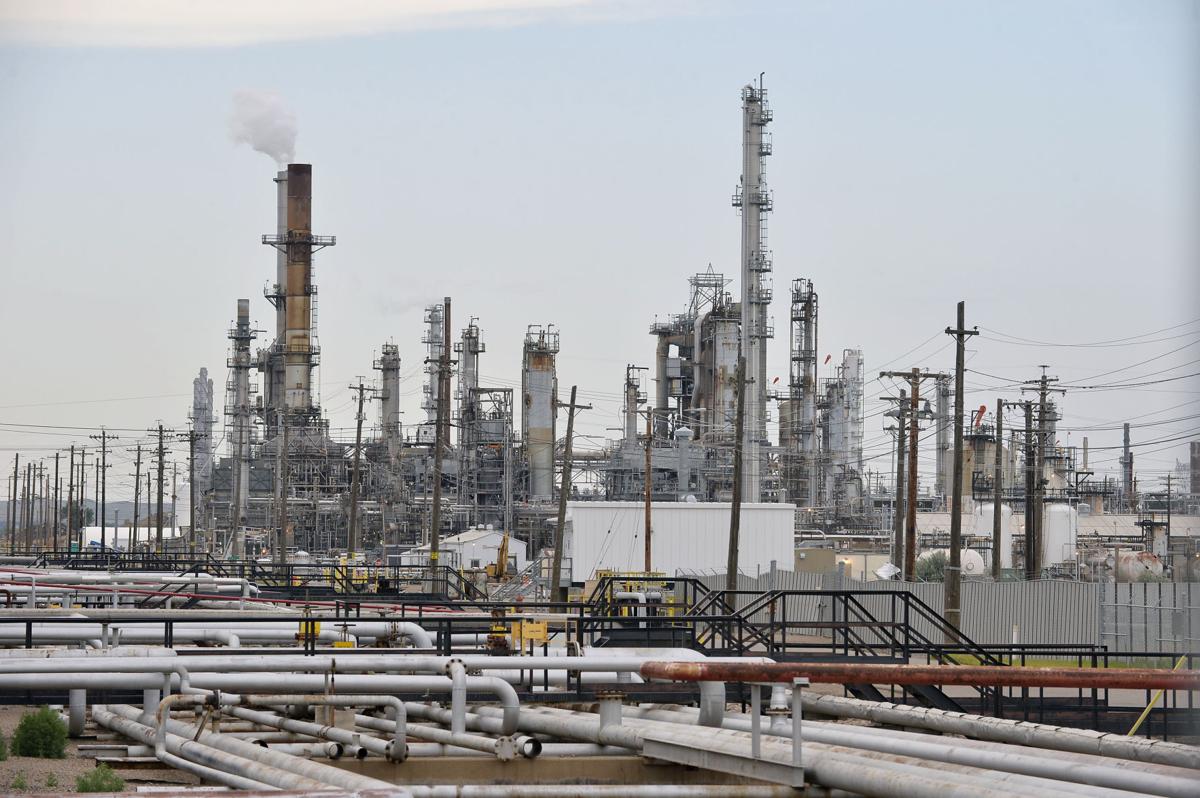 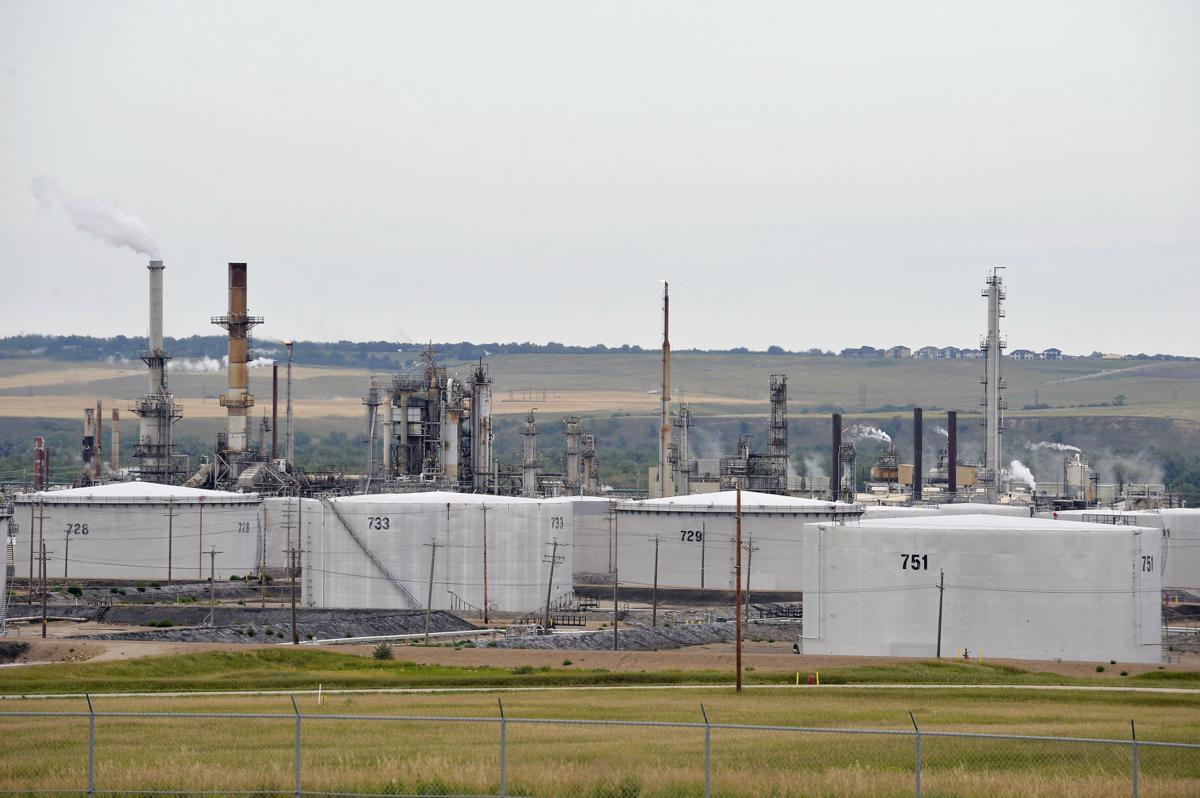 A federal agency has ordered the shutdown of a pipeline that delivers oil to Marathon Petroleum's Mandan Refinery, seven years after an easement allowing the line to cross part of the Fort Berthold Indian Reservation expired.

The Bureau of Indian Affairs also is billing Marathon $187 million for damages associated with the trespass of the company’s Tesoro High Plains Pipeline.

The BIA decision came July 2, just days before a federal judge ordered the much larger Dakota Access Pipeline to shut down in an unrelated case.

Marathon has vowed to appeal the BIA’s order, which requires that the company “immediately cease and desist” using the segment of its High Plains pipeline system deemed to be trespassing. The line remains operational, according to a statement Marathon posted to the website of one of its subsidiaries.

The shutdown order comes after several years of negotiations and litigation over the pipeline, which was built in 1953 and has undergone easement renewals every 20 years until the most recent one expired in 2013.

The BIA is involved because the federal government holds some of the land where the pipeline crosses in trust for individual allottee landowners, who are members of the Three Affiliated Tribes with land interests. The landowners seek compensation for “years of trespass” during which time the pipeline operated across their land with an expired easement, according to a lawsuit filed in October 2018.

In an interview this week, Tex Hall, the former tribal chairman who now leads a group known as the Fort Berthold Allottee Land and Mineral Owners Association, said landowners have long sought for the BIA to take action and that “nowhere else can people trespass like this.”

“We’re really pleased we’re at the point where we’re at,” he said.

The shutdown order comes three months after a federal judge dismissed the lawsuit brought by Hall and several hundred other tribal members against the pipeline operator, which used to be Tesoro and later changed its name to Andeavor before Marathon acquired the company.

Negotiations between the parties on the terms of a new easement had stalled. Hall said the company has made lowball offers to landowners for compensation relative to earlier terms reached with the Three Affiliated Tribes regarding tribal land that the pipeline crosses.

“Tesoro operated in knowing and willful trespass without paying any compensation to Allottees while conducting its profitable business enterprises involving oil and gas,” the initial complaint states.

The pipeline company asked the court to dismiss the lawsuit. U.S. District Judge Daniel Traynor in North Dakota granted the request. He wrote in an April order that the parties must first exhaust all “administrative remedies” through the BIA before seeking relief from the courts, which “must refrain from disrupting the process.”

That process is playing out now.

The BIA’s order takes note of the seven years that the pipeline has operated “without the consent of the individual Indian landowners.”

“Due to the length of time it is clear that negotiations are not in good faith and it is not in the best interest of the landowners to allow Tesoro to continue to benefit from this trespass,” the agency concluded.

The notice it issued applies to 23 tracts of allotted trust land that make up nearly 50 acres in McKenzie and Dunn counties in the southwest corner of Fort Berthold.

Now that the BIA has issued its shutdown notice and an invoice to Marathon for $187 million, Hall said he would like to see the bill paid and compensation distributed to landowners, then an effort be made to work toward a new easement.

“Let’s get to some real negotiations on the new 20-year term,” he said.

The administrative appeals process likely will play out before that happens, however. The BIA gave the pipeline operator 30 days to respond. It’s unclear if Marathon has filed its appeal yet, as the BIA did not respond to multiple requests for comment. Refinery spokesman Ron Day declined to comment.

Marathon in its website statement said it is “committed to respecting the rights of the Mandan, Hidatsa and Arikara Tribes members as we work with them to resolve this matter guided by our values of integrity, respect and collaboration.”

The section of the pipeline under dispute is part of an extensive pipeline system that runs from Marathon’s Mandan Refinery in south-central North Dakota through the Bakken and up to Canada.

The refinery processes as much as 68,000 barrels per day of oil that it receives through the pipeline system, said Justin Kringstad, director of the North Dakota Pipeline Authority.

Marathon in its website statement said it “does not anticipate disruptions to its ability to meet customer commitments in the region” despite the shutdown order. The company added that it has various options for continuing to deliver oil to the refinery.

Kringstad said he was not sure of the specific changes Marathon would have to make to continue receiving oil, but it would likely source more crude through various points along the pipeline system that connect to other pipeline segments. In effect, oil could bypass the part of the line that crosses Fort Berthold.

“If the segment were to shut down, there likely would be logistical challenges and pricing implications,” he said.

Transporting oil to the refinery would be “more complicated and more costly,” especially if trucks need to reroute crude from various parts of the Bakken to get it onto the pipeline system, he said.

Kringstad said he thought it was unlikely that oil would be transported via train to the refinery, as the facility has limited ability to accept crude that way.

State officials are anticipating a potential uptick in crude-by-rail shipments, however, if Dakota Access stops operating. A panel of federal appeals judges is expected to rule in the weeks ahead on whether to uphold a lower court’s order shutting down the pipeline during a lengthy environmental review process.

If Dakota Access shuts down, it likely would result in a greater disruption to North Dakota’s oil industry than if operations halt along the High Plains pipeline. Dakota Access has a capacity to transport 570,000 barrels per day, which is a little more than half the state’s estimated daily oil output this summer. The segment of the High Plains pipeline under dispute carries about 40,000 barrels per day, according to an estimate provided by attorneys for many of the Fort Berthold tribal members involved in the litigation.

Kringstad has said that if Dakota Access stops operating, the oil it carries likely would be transported to markets in other states via other pipelines leaving the Bakken. When they fill up, additional oil trains might be needed to haul crude out of North Dakota. He estimates that train shipments, over the course of the next year, could gradually increase to carry an additional 200,000 barrels per day of Bakken crude.

Biden halts oil and gas leases on US land, water for 60 days

BILLINGS, Mont. — The Biden administration announced Thursday the suspension of new oil and gas leasing and drilling permits for U.S. lands an…

A massive $1.1 billion bonding package aimed largely at financing infrastructure projects across North Dakota is being withdrawn and will be r…