A third suspect, Girard Glaser, 49, of Bismarck, turned himself in and was arrested Tuesday. Nash Wollan, 48, of Williston, is still wanted by authorities.

Kinsella-Greff, Nuckols and Glaser are in custody. Bail was set at $100,000 for each man. Attorneys aren't listed for them in court documents.

Authorities issued an arrest warrant for the men last week in connection with a stabbing during a July 3 street dance outside the Silver Dollar Bar in Mandan. Authorities allege the four are members or aspiring members of the Sons of Silence motorcycle club and attacked a member of the rival Hell's Angels. A man not associated with either motorcycle club suffered multiple stab wounds and a collapsed lung in the incident, according to court documents.

The fourth suspect in a July 3 stabbing incident in Mandan was arrested and posted bail on Monday. 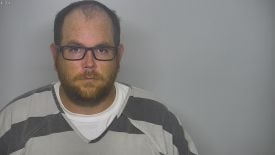 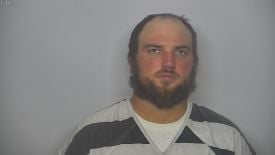