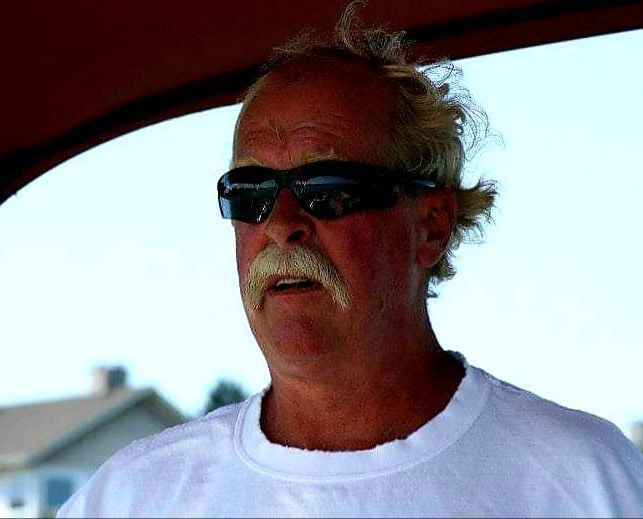 Raised in Alexander, and later in Bismarck, where he graduated from high school, he ultimately called Polson home where his parents, Ben and Solveig, relocated and started Okland Orchard.

Drawn to adventure, his free spirit brought him to California where he became a Coastguard certified welder for Chicago Iron and Steel. Separately he and his brother, Chris, owned Water Bone Diving and Marine. At the same time, he also refurbished crab fishing boats on the side. Later, his wanderlust took him sailing to Puerto Rico and north to Alaska’s oil fields of Prudhoe Bay. A man of many talents, his years never equaled his capabilities as craftsman, cook, gardener, animal whisperer, water skier and not the least of which was the best Santa Claus his nieces and nephews ever had.

A quiet man, those who knew him best remember him for his kindness, sensitive and peaceful nature. This was never more evident than as faithful son during the years he was caregiver for his mother before her passing. Eyes as blue as the big Montana sky and hair always as white as the clouds cast on it, David was never a stranger to children or the great outdoors – a lover of both and in that order. A good day was a ride on his pontoon or Harley, sharing steak and ribs (some of the best were prepared by him) paired with his favorite, Budweiser - and his hearty laughter.

David is preceded in death by his parents and brother, Bennie.

The memorial service will be held at 2 p.m. Wednesday, July 17, at The Lake Funeral Home, Polson, with a celebration of life to follow at the VFW.

Messages of condolences can be shared with the family online at ww.thelakefuneralhomeandcremation.com.

Arrangements are under the care of The Lake Funeral Home and Crematory.

Read through the obituaries published today on bismarcktribune.com.

To plant a tree in memory of David Okland as a living tribute, please visit Tribute Store.
© Copyright 2020 The Bismarck Tribune, 707 E. Front Ave Bismarck, ND | Terms of Use | Privacy Policy
Powered by BLOX Content Management System from TownNews.com.
You don't have any notifications.