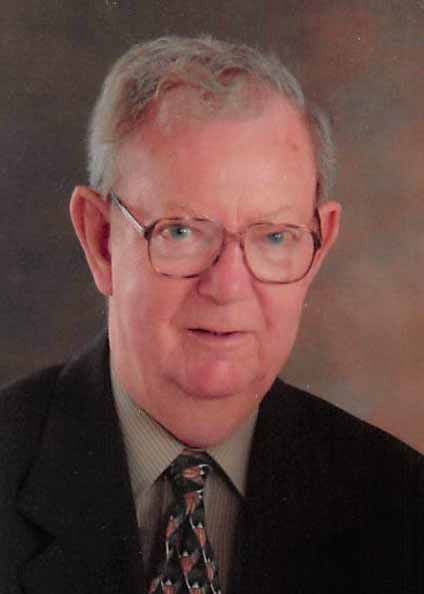 Charles F. Kapsner was born March 9, 1921, in Mantador. He died on May 31, 2020, in Edgewood Village, Bismarck, slightly short of his unstated goal. His death was due to old age, to the great surprise of those who knew him. And he knew a lot of people. A graveside service will be held at 11 a.m. Monday, June 8, at the ND Veterans Cemetery, Mandan.

At an early age his family moved to Larchwood, Iowa. He spent his freshman year of high school at St. John's University prep school, then rejoined his family in Mandan, where he graduated from high school in 1939. After his sophomore year of high school, during the Great Depression, he, along with other teenagers, jumped a freight train to Seattle, stopping in “hobo camps” along the way. Most returned to Mandan from Seattle the way they got there. Charles and a friend continued riding the trains south through Oregon, California, Nevada, and Utah, eventually ending at his grandmother's house in Larchwood.

Charles entered the army in 1942 and served in North Africa in the Tunisian campaign of 1942-43. Returning from North Africa, he concluded service at a Fort Riley Kansas German POW camp. An excellent baseball player as a youth, he tried out for the Fort Riley team, but soon discovered the entire team was made up of major league players then in the army. Later in the ‘40s and through the late ‘50s he played (mostly second base) on the great Roosevelt Bar fast pitch softball teams.

For a number of years he operated the Kapsner Agency for North National Life Insurance, later Manhattan Life. He was also active as an oil broker from the early 1950s through the late 1980s. In the 1970s he partnered with Camargo Corporation (geologists) to lease oil and gas and coal. He was present in the wee hours in the Blue Blazer bar at the creation of the Smith & Curran.

Charles loved hunting pheasants, grouse and partridge, an activity he pursued into his early nineties thanks to friends who took him out to his special locations.

In 1966 he was one of the early “graduates” of Heartview, which almost certainly saved his life. Over the years Charles counseled patients at Heartview and at AA where he participated most of his life. He was the longtime chair of the Heartview Patient Assistance Fund. He helped a substantial number of individuals to get and keep sober.

He was preceded in death by his parents Edward and Alyce (Phelan), brother John, and sister Margaret (Peggy) Riha.

Please send any memorial to the Heartview Patient Assistance Fund.

To plant a tree in memory of Charles Kapsner as a living tribute, please visit Tribute Store.