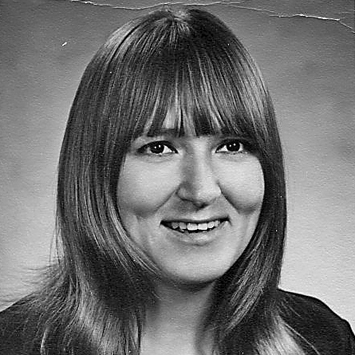 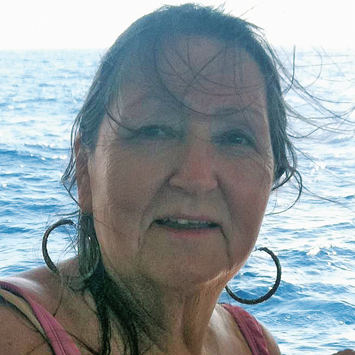 TWIN BUTTES — Alyce Spotted Bear of Twin Buttes was born Dec. 17, 1945, in the historic community of Elbowoods, on the Fort Berthold Reservation. She is the daughter of Olive Spotted Bear Benson and Lorenzo “Larry” Spotted Bear.

Throughout her life, she was always good to people and loved the pursuit of learning. She was given the Nueta name of “Lead Woman” — Numakshi Mihe. She lived up to that name as a beloved teacher, compassionate educator, vibrant mentor, humanitarian, cultural historian, gentle being, astute administrator, kind grandmother, humble woman, wise leader and so much more in all aspects of her life.

Her death leaves a huge void in the lives of her family, relatives, friends and colleagues. She loved and was loved by many. At the same time, Lead Woman leaves all the people she influenced with many happy, fun-filled memories because she simply enjoyed life and made life better for anyone who stepped into her circle.

She left this world much too soon.

Doctors told her they suspected liver cancer on July 25. Alyce’s battle with cancer was short lived. She died peacefully on Aug. 13, 2013, at her sister’s home in Bismarck, with her son, Travis Hallam at her side, holding her hand.

Friends and relatives are invited to attend Lead Woman’s wake at 6 p.m. Sunday, Aug. 18. Services will be held at 10 a.m. Monday, Aug. 19. Wake and funeral services are scheduled on Central time and will take place at the Twin Buttes School. Numakshi Mihe will be laid to rest in the Spotted Bear Cemetery.

At the time of her death, Alyce served as vice president of the Native American Studies and Tribal Relations at the Fort Berthold Community College in New Town. She created the department and loved her job with heart and soul.

As an enrolled citizen of the Three Affiliated Tribes, she held a national role as an adviser on Indian education.

President Obama appointed her as a member to the National Advisory Council on Indian Education. She was the first member of the Three Affiliated Tribes to serve on the advisory council. NACIE advises the secretary of education on the funding and administration of programs in which Native Americans participate or may benefit.

She worked with 15 respected corporate, educational and tribal council representatives on the NACIE, representing a wide spectrum of tribes throughout the United States.

Lead Woman served the Mandan, Hidatsa and Arikara people as chairwoman of the Three Affiliated Tribes from November 1982 to March 1987. A highlight of her tribal administration included establishing groundwork for the landmark Joint Tribal Advisory Committee. The fund, known as the Economic Recovery Fund, was to be used for education, economic development, social welfare and other needs. JTAC has brought hundreds of millions to Missouri River tribes.

One of 13 children in her family, Lead Woman earned a bachelor of science degree in education from Dickinson State College and a master of education degree from Pennsylvania State College. While serving as a graduate teaching assistant, she completed coursework for a doctorate degree in education at Cornell University at Ithaca, N.Y. She also served as visiting faculty for the Native American Studies Program at Dartmouth College in Hanover, N.H.

Alyce loved and cherished all her God children, including Anthony Holding Eagle.

Alyce had a positive influence on all she met. Her honorary pall bearers include all of her many friends and colleagues. (Bismarck Funeral Home)

Grey wolves and other wildlife making a comeback in Europe

'I have decided not to cry': Guinea 2009 stadium massacre victims hope for justice as trial starts

'I have decided not to cry': Guinea 2009 stadium massacre victims hope for justice as trial starts

Pakistanis struggle to survive with no flood relief in sight

Pakistanis struggle to survive with no flood relief in sight