WASHINGTON (AP) — Now that WNBA star Brittney Griner has been convicted of drug possession and sentenced to nine years in prison, attention turns to the prospect of a prisoner swap between the United States and Russia that could get her home.

Secretary of State Antony Blinken went public with that possibility last week, revealing in an unusual announcement that the U.S. had made a "substantial proposal" aimed at securing the release of Griner and another jailed American, Paul Whelan.

With her court case concluded and her sentence pronounced, such a deal — assuming one can be reached with the Russians — is Griner's best chance of being freed early.

Though the guilty verdict was seen as a foregone conclusion, the imposition of a sentence her lawyers decried as far longer than average could give the U.S. extra impetus to strike a deal palatable to Russia as soon as possible. And the formal end of the court case could be the opening both sides need to forge a diplomatic resolution, too.

A look at what's at stake:

WHAT DID THE U.S. OFFER?

Blinken did not specify the terms other than to describe the offer as substantial and something that he intended to discuss with Russian Foreign Minister Sergey Lavrov.

A person familiar with the situation said that the U.S. offered to release Viktor Bout, a convicted Russian arms dealer serving a 25-year prison sentence on charges that he conspired to sell tens of millions of dollars in weapons to Colombia's former FARC guerrilla army. At the time of his conviction, the group was classified by the U.S. as a foreign terrorist organization, though that designation was lifted last year.

The officials did wind up speaking by phone last Friday, the highest-level known contact between the two sides since Russia invaded Ukraine. They are also in Cambodia for meetings involving foreign ministers of Southeast Asian countries.

WHAT HAS BEEN THE RUSSIAN RESPONSE?

Minimal, at least in public. Blinken did not provide details after his call with Lavrov about his response. The Russians gave no hint about their interest in the offer, other than a statement chiding the U.S. to pursue the Americans' freedom through "quiet diplomacy, without releases of speculative information."

On Monday, White House Press Secretary Karine Jean-Pierre said the Russian government had responded in a "bad faith" manner with an offer that U.S. officials did not regard as serious. She did not elaborate, though CNN reported last week that Moscow also wanted the release of a former colonel from one of its spy agencies who was convicted of murder in Germany last year.

WOULD THERE BE A PRECEDENT FOR A PRISONER SWAP?

In many ways, yes — and a recent one too. In April, Russia traded Marine veteran Trevor Reed, convicted of a physical altercation with police in Moscow, for Konstantin Yaroshenko, a Russian pilot imprisoned for a cocaine trafficking conspiracy.

Yet that involved a Russian with far less notoriety than Bout, a former Soviet air force officer who once inspired a Hollywood movie and who earned the nickname the "Merchant of Death" over allegations that he supplied weapons used for civil wars in countries around the globe. He has adamantly maintained his innocence.

But there's not much recent precedent for public discussions of prisoner swaps, at least by the U.S. government, before the deal is done and planes are in the air. That's what made Blinken's announcement from the State Department briefing room all the more striking.

On one hand, it seemed intended to communicate to the public that the administration will do whatever it needs to do to bring home wrongfully detained Americans.

But such a public overture also risks weakening the administration's negotiating hand to the extent it makes the U.S. look overly desperate for a deal, or signals to other countries that it is willing to meet potentially unreasonable demands.

SO WILL THE DEAL TAKE PLACE?

It's hard to say, but the contact between Blinken and Lavrov does suggest more progress than has been made before. It also reinforces the idea that the two countries are willing to maintain communication despite extraordinary tensions related to Moscow's invasion of Ukraine.

Griner is the most prominent American detained by a foreign country. She is a two-time Olympic gold medalist detained since February when police said they found vape cartridges containing cannabis oil in her luggage at an airport in Moscow. And though some Republicans including former President Donald Trump have expressed opposition to a deal, the conviction and sentence will only ramp up pressure on the administration to reach an agreement that can get her out soon.

"Today's sentencing of Brittney Griner was severe by Russian legal standards and goes to prove what we have known all along, that Brittney is being used as a political pawn," Lindsay Kagawa Colas, Griner's agent, tweeted Thursday.

She said getting a deal done for Griner and Whelan, a Michigan corporate security executive imprisoned on an espionage conviction he and his family says is baseless, may be difficult but it is "urgent" and the "right thing to do." The U.S. government also regards Whelan as wrongfully convicted.

For their part, Russian authorities have suggested that they regard a conviction as basically a prerequisite for a prisoner swap.

"My administration will continue to work tirelessly and pursue every possible avenue to bring Brittney and Paul Whelan home safely as soon as possible," he said in a statement.

Israel unleashed a wave of airstrikes on Gaza, killing at least 10 people, including a senior militant. That's according to Palestinian officials who spoke Friday. Israel says it targeted the Islamic Jihad militant group in response to an “imminent threat” following the recent arrest of another senior militant. Hours later, Palestinian militants launched a barrage of rockets as air-raid sirens wailed in Israel and the two sides drew closer to another all-out war. Islamic Jihad claimed to have fired 100 rockets. Israel and Gaza’s militant Hamas rulers have fought four wars and several smaller battles over the last 15 years.

Police respond to possible shooting at Mall of America

Bloomington, Minnesota police confirmed on Twitter that they were working “an active incident” with numerous officers on the scene.

Griner sentenced to 9 years in prison by Russian judge

A judge in Russia has sentenced American basketball player Brittney Griner on drug charges to nine years in prison.

The girl had been restrained to bed posts for about a week, according to a criminal complaint. She chewed off her restraints and escaped.

A Wisconsin couple has died following last night's lightning strike across the street from the White House. Two other people were injured.

A Mormon church "help line" was created to report and stop sexual abuse. Instead, the system may bury accusations against some members, allowing abuse to persist.

The jury’s decision Thursday marks the first time the Infowars host has been held financially liable for falsely claiming that the attack that killed 20 children and six educators in Newtown, Connecticut, was staged.

Police say Republican U.S. Rep. Jackie Walorski was killed Wednesday in a car crash in her northern Indiana district along with two members of her congressional staff and another person. Get more info on that and more trending news here.

There were several notable deaths, Warner Bros. shelved "Batgirl" and Juan Soto was the biggest move of the trade deadline.

Survey: Gen Z and Millennial drivers have a complicated relationship with their cars

Survey: Gen Z and Millennial drivers have a complicated relationship with their cars 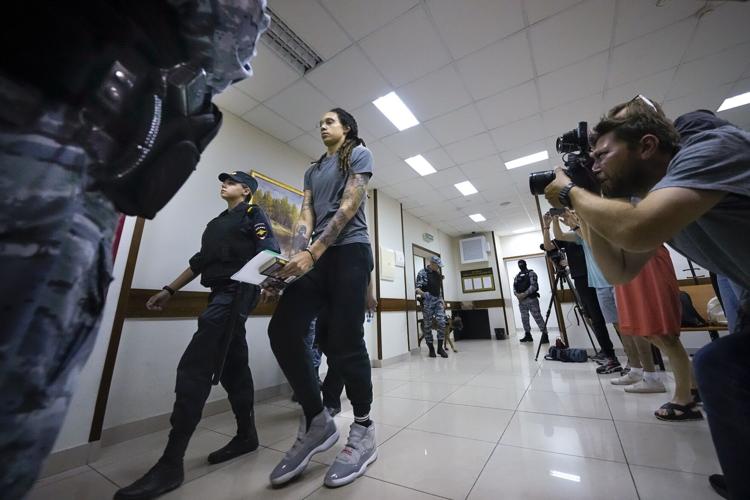 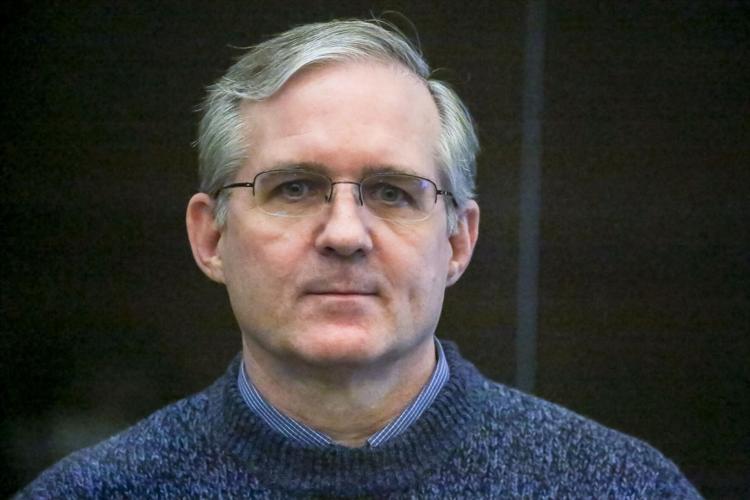 FILE - Paul Whelan, a former U.S. marine who was arrested for alleged spying, listens to the verdict in a courtroom at the Moscow City Court in Moscow, Russia, June 15, 2020. 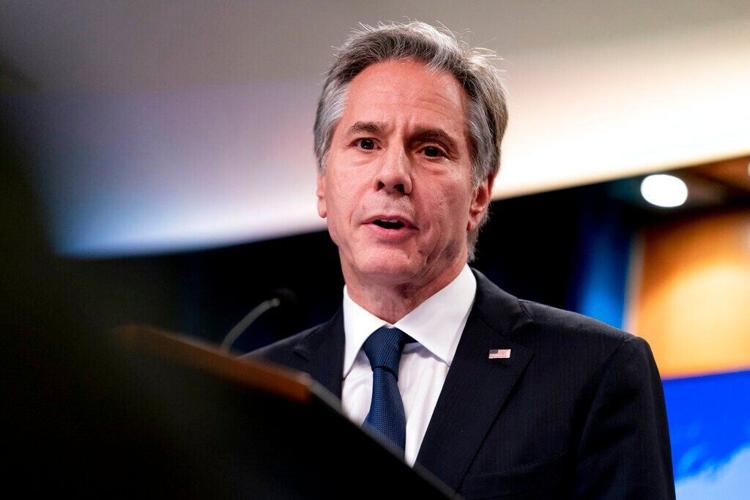 Secretary of State Antony Blinken speaks at a news conference, Wednesday, July 27, 2022 at the State Department in Washington.