WATFORD, England (AP) — NATO leaders professed unity on Wednesday at a summit near London — but a spat over off-the-cuff chit chat at a royal reception rattled their show of solidarity.

Trudeau could be heard saying incredulously, "he takes a 40-minute press conference off the top." Trudeau confirmed that was a reference to Trump's long and unscheduled question-and-answer session with journalists earlier Tuesday.

Trudeau also said: "You just watched his team's jaws drop to the floor." He explained Wednesday that was in reference to Trump's decision to hold the next Group of Seven meeting at Camp David, the presidential retreat.

Footage of the palace reception was recorded by a pool camera. The clip was posted online by Canadian broadcaster CBC and has been viewed more than 5 million times.

Speaking Wednesday at the summit venue in Watford, outside London, Trump said Trudeau was likely upset that the U.S. president had broached the fact that Canada falls short of the NATO target of spending 2% of its gross domestic product on defense.

"Well he's two-faced," Trump told reporters. "And honestly, with Trudeau he's a nice guy, I find him to be a very nice guy but you know the truth is that I called him out on the fact that he's not paying 2% and I guess he's not very happy about it."

Trudeau had a quiet word and a handshake with Trump as he arrived at the summit Wednesday, and later tried to shrug off the episode.

"As you all know, we have a very good and constructive relationship between me and the president," Trudeau told reporters at a news conference.

Asked if the incident had given him pause for thought, Trudeau said that ensuring the focus of attention remained on matters of substance "is something that we're all going to try to do a little harder."

Johnson, meanwhile, professed ignorance when asked by reporters about the conversation.

"That's complete nonsense," he said, adding: "I really don't know what is being referred to there."

Leaders of the 29 NATO states met to mark the 70th anniversary of the military alliance — and trying to patch up differences over defense spending, the alliance's strategic direction and member nation Turkey's military action in northern Syria.

The two-day gathering ended with a show of unity, as the leaders declared their commitment to the alliance's principle of collective defense, saying in their final declaration that "an attack against one Ally shall be considered an attack against us all."

Rob Gillies in Toronto contributed to this report.

WASHINGTON (AP) — Bracing the nation for a coronavirus death toll that could exceed 100,000 people, President Donald Trump extended restrictive social distancing guidelines through April, bowing to public health experts who presented him with even more dire projections for the expanding coronavirus pandemic.

SANTA FE, N.M. (AP) — As the coronavirus rages across the United States, mainly in large urban areas, more than a third of U.S. counties have yet to report a single positive test result for COVID-19 infections, an analysis by The Associated Press shows.

WASHINGTON (AP) — Dr. Anthony Fauci, the country’s top infectious disease expert, owns up to doing some not-so-smart things as he helps lead the White House effort to stem the spread of the new coronavirus. Things like forgetting to eat and not getting enough sleep.

Should you wear mask in public if not sick with coronavirus?

WASHINGTON (AP) — If you’re not sick with the new coronavirus, should you wear a mask in public? Global health authorities say no. Amid a shortage of masks, the U.S. is sticking with that advice but Tuesday, President Donald Trump suggested people who are worried wear a scarf.

WASHINGTON (AP) — After days of desperate pleas from the nation’s governors, President Donald Trump took a round of steps to expand the federal government’s role in helping produce critically needed supplies to fight the coronavirus pandemic even as he warned the leaders of hard-hit states not to cross him.

US Sen. Cramer apologizes for offensive term about Pelosi

NEW YORK (AP) — New York's governor urgently appealed for medical volunteers Monday amid a “staggering” number of coronavirus deaths, as he and health officials warned that the crisis unfolding in New York City is just a preview of what other U.S. communities could soon face.

Nursing homes across the country have been in lockdown for weeks under federal orders to protect their frail, elderly residents from coronavirus, but a wave of deadly outbreaks nearly every day since suggests that the measures including a ban on visits and daily health screenings of staffers either came too late or were not rigorous enough.

'Officers are scared out there': Coronavirus hits US police

WEST BLOOMFIELD, Mich. (AP) — More than a fifth of Detroit's police force is quarantined; two officers have died from coronavirus and at least 39 have tested positive, including the chief of police.

LANSING, Mich. (AP) — President Donald Trump's allies are trying to contain a politically risky election year fight with Michigan Gov. Gretchen Whitmer as he struggles to balance presidential politics with a global pandemic in one of the nation's most important swing states. 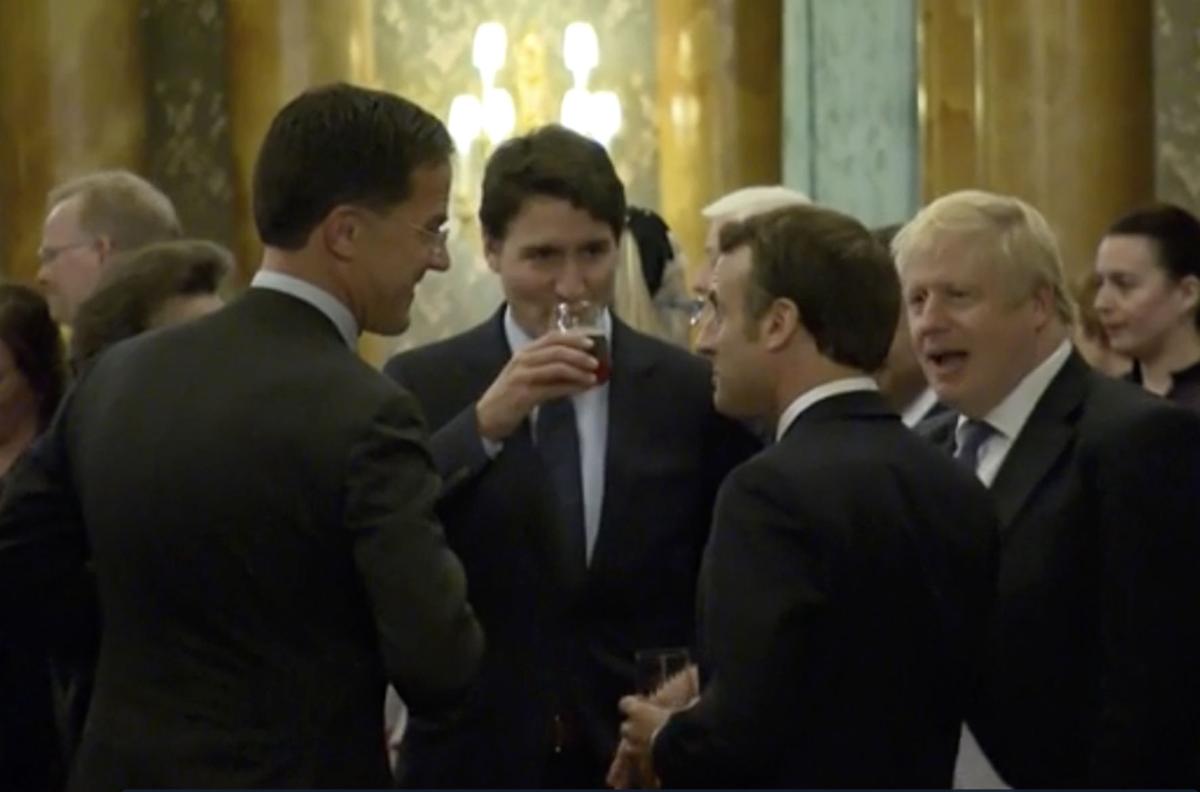 In this grab taken from video on Tuesday, Dec. 3, 2019, Britain's Prime Minister Boris Johnson, right, speaks during a NATO reception. While NATO leaders are professing unity as they gather for a summit near London, several seem to have been caught in an unguarded exchange on camera apparently gossiping about U.S. President Donald Trump’s behavior. In footage recorded during a reception at Buckingham Palace on Tuesday, Canadian Prime Minister Justin Trudeau was seen standing in a huddle with French President Emmanuel Macron, British Prime Minister Boris Johnson, Dutch Prime Minister Mark Rutte and Britain’s Princess Anne. (Host Broadcaster via AP) 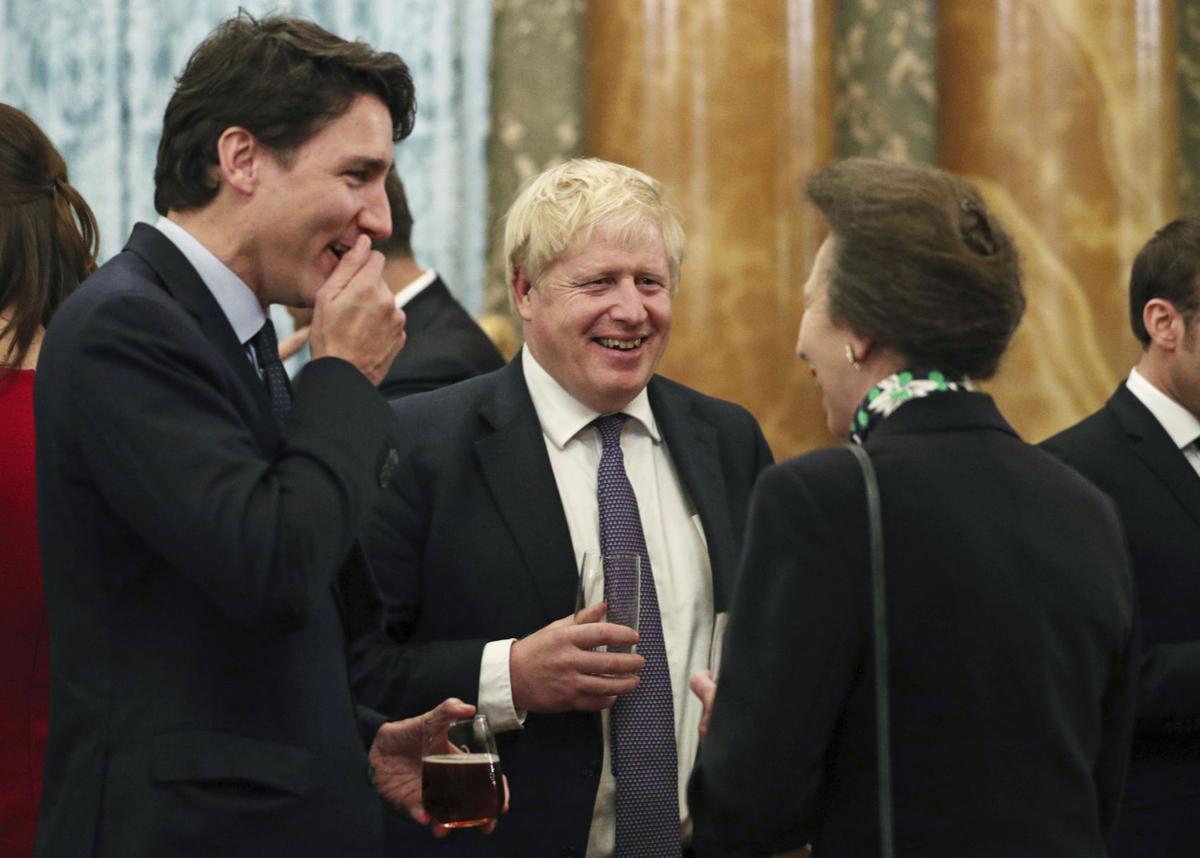