Less than half of GOP say 1/6 was very violent: AP-NORC poll

WASHINGTON (AP) — The fighting — so primitive and ferocious that one Capitol Police officer described it as “medieval” and another as a “trip to hell” — left more than 100 law enforcement personnel injured, some beaten with their own weapons.

Video cameras captured the violence live, with rioters clubbing officers with flag polls and fire extinguishers, even squeezing one between doors as he begged for his life.

Yet nearly a year after the Jan. 6 siege only about 4 in 10 Republicans recall the attack by supporters of former President Donald Trump as very violent or extremely violent, according to a new poll from The Associated Press-NORC Center for Public Affairs Research. About 3 in 10 Republicans say the attack was not violent, and about another 3 in 10 say it was somewhat violent.

Keep scrolling for links to full versions of these top stories and more.

Starbucks says employees must get vaccine or test weekly

Starbucks says its U.S. workers must be fully vaccinated by Feb. 9 or face a weekly COVID testing requirement.

The Seattle-based coffee giant said Monday it was acting in response to the Occupational Safety and Health Administration, which issued a vaccine-or-test requirement for companies with more than 100 employees in November.

Starbucks is requiring its 228,000 U.S. employees to disclose their vaccination status by Jan. 10.

WASHINGTON (AP) — The fighting — so primitive and ferocious that one Capitol Police officer described it as “medieval” and another as a “trip to hell” — left more than 100 law enforcement personnel injured, some beaten with their own weapons.

Omicron upends return to US schools and workplaces

Some school systems around the U.S. extended their holiday break Monday or switched back to online instruction because of the explosion in COVID-19 cases, while others pressed ahead with in-person classes amid a seemingly growing sense that Americans will have to learn to co-exist with the virus.

SAN JOSE, Calif. (AP) — In a case that exposed Silicon Valley’s culture of hubris and hype, Elizabeth Holmes was convicted Monday of duping investors into believing her startup Theranos had developed a revolutionary medical device that could detect a multitude of diseases and conditions from a few drops of blood.

WASHINGTON (AP) — A winter storm packing heavy snow blew into the nation's capital Monday, closing government offices and schools and grounding the president's helicopter as 6 to 11 inches (15 to 28 centimeters) of snow ringed the area around Washington.

Crews box in Colorado wildfire as investigators seek cause

LOUISVILLE, Colo. (AP) — Colorado firefighters boxed in the winter wildfire that destroyed nearly 1,000 homes and other structures to keep it from spreading as high winds raked the area Tuesday, dousing smoldering hot spots to ensure residents didn't have to flee again.

WASHINGTON (AP) — Sen. Joe Manchin sounded a skeptical note Tuesday about the prospects of easing the Senate's filibuster rules, raising doubts about whether he will provide crucial support to the Democrats' renewed push for voting legislation they say is needed to protect democracy.

NEW YORK (AP) — The New York attorney general’s office confirmed Monday that it has subpoenaed former President Donald Trump and his two eldest children, Ivanka and Donald Trump Jr., demanding their testimony in an investigation into the family’s business practices.

Starbucks says employees must get vaccine or test weekly

Starbucks says its U.S. workers must be fully vaccinated by Feb. 9 or face a weekly COVID testing requirement.

PITTSBURGH (AP) — Ben Roethlisberger looked for the last time into the Heinz Field stands peppered with No. 7 jerseys bearing his name and tried to soak in a moment as inevitable as it was unimaginable for most of his career.

In 2007, Nancy Pelosi was elected the first female speaker of the House as Democrats took control of Congress, and more events that happened o…

In 1986, Eric Dickerson shatters the NFL playoff record with a 248-yard rushing performance. See more sports moments from this date.

The boyfriend of slain cross-country traveler Gabby Petito admitted killing her in a notebook discovered near his body in a Florida swamp, the FBI said.

Three studies released Friday offered more evidence that COVID-19 vaccines are standing up to the omicron variant, at least among people who received booster shots.

President Biden opens his second year in office with a new focus. Here's a closer look at his agenda and strategy in this midterm election year.

Meat Loaf, 'Bat Out of Hell' rock superstar, dies at 74

Meat Loaf, whose "Bat Out of Hell" album is one of the all time bestsellers, has died at age 74.

Biden to give away 400 million N95 masks starting next week; plus more top news

Things to know today: Here's how to get free N95 masks starting next week; U.S. steps up aid to Ukraine; NAACP award nominations. Get caught up.

The rabbi said he threw a chair at the gunman and then escaped with two other hostages after a 10-hour standoff. The hostage taker was killed.

How's he doing? Americans weigh in on Biden's first year

It's no surprise: A cross-section of U.S. residents remain divided over Joe Biden and his policies. Plus, a look at Jill Biden's "healing" role as a first lady who's kept her day job. 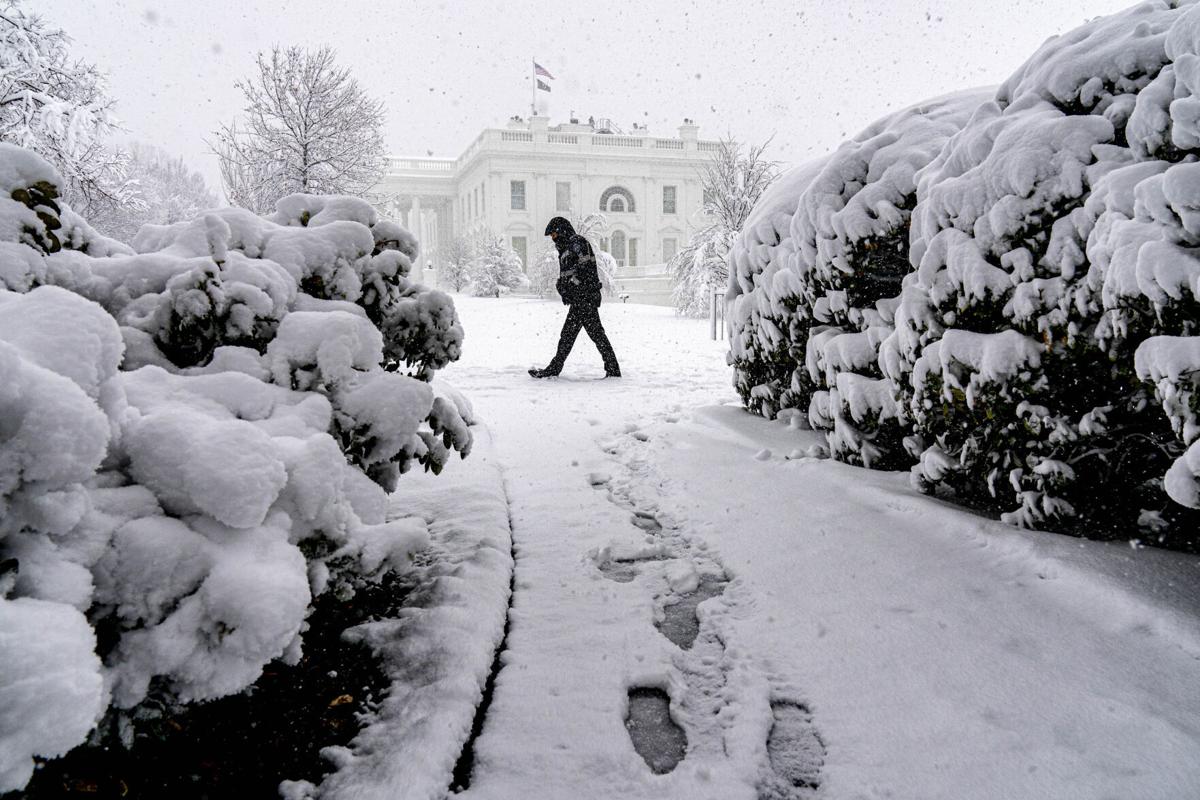 Snow falls at the White House in Washington, Monday, Jan. 3, 2022, as a winter storm blows into the Mid-Atlantic area. 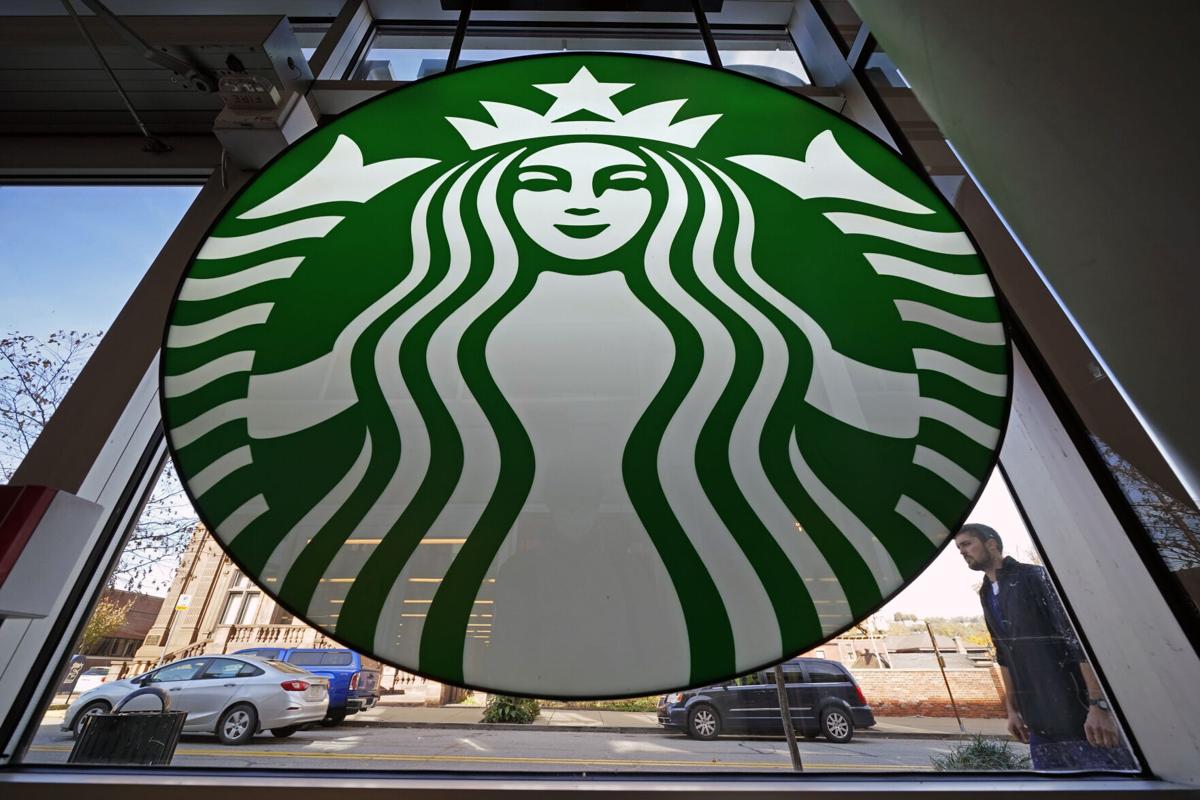 FILE - Starbucks says its U.S. workers must be fully vaccinated by Feb. 9 or face a weekly COVID testing requirement. 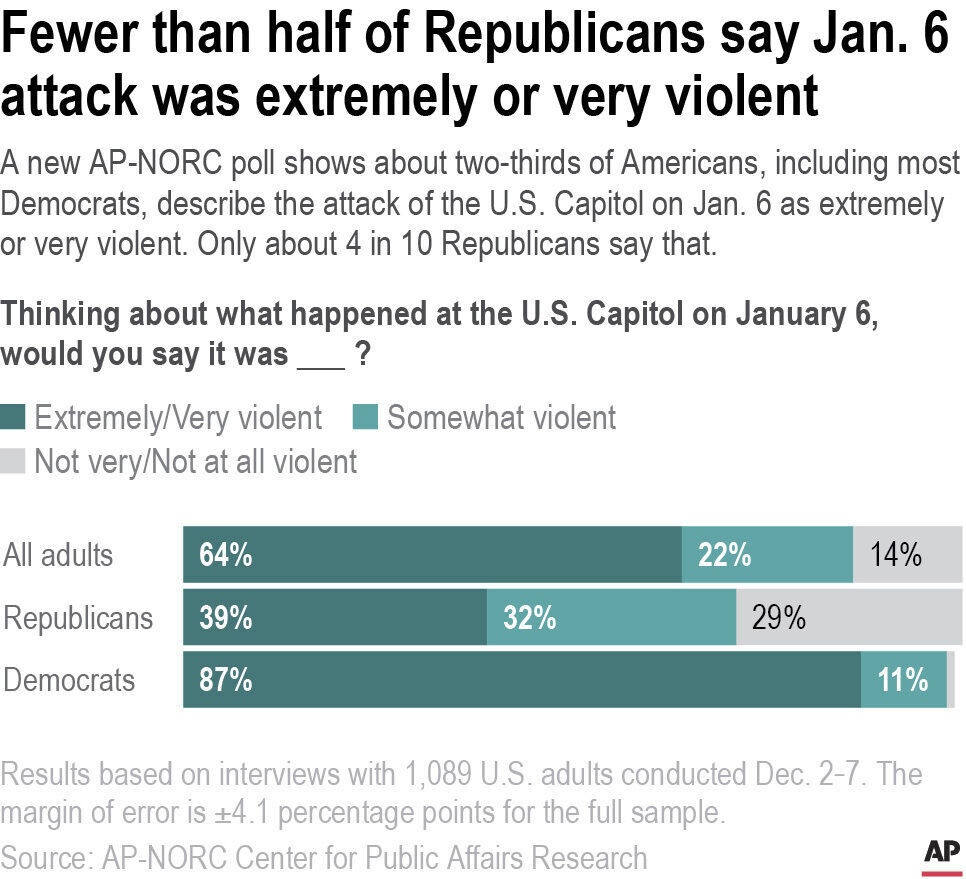 A new AP-NORC poll shows about two-thirds of Americans, including most Democrats, describe the attack of the U.S. Capitol on Jan. 6 as extremely or very violent. Only about 4 in 10 Republicans say that. 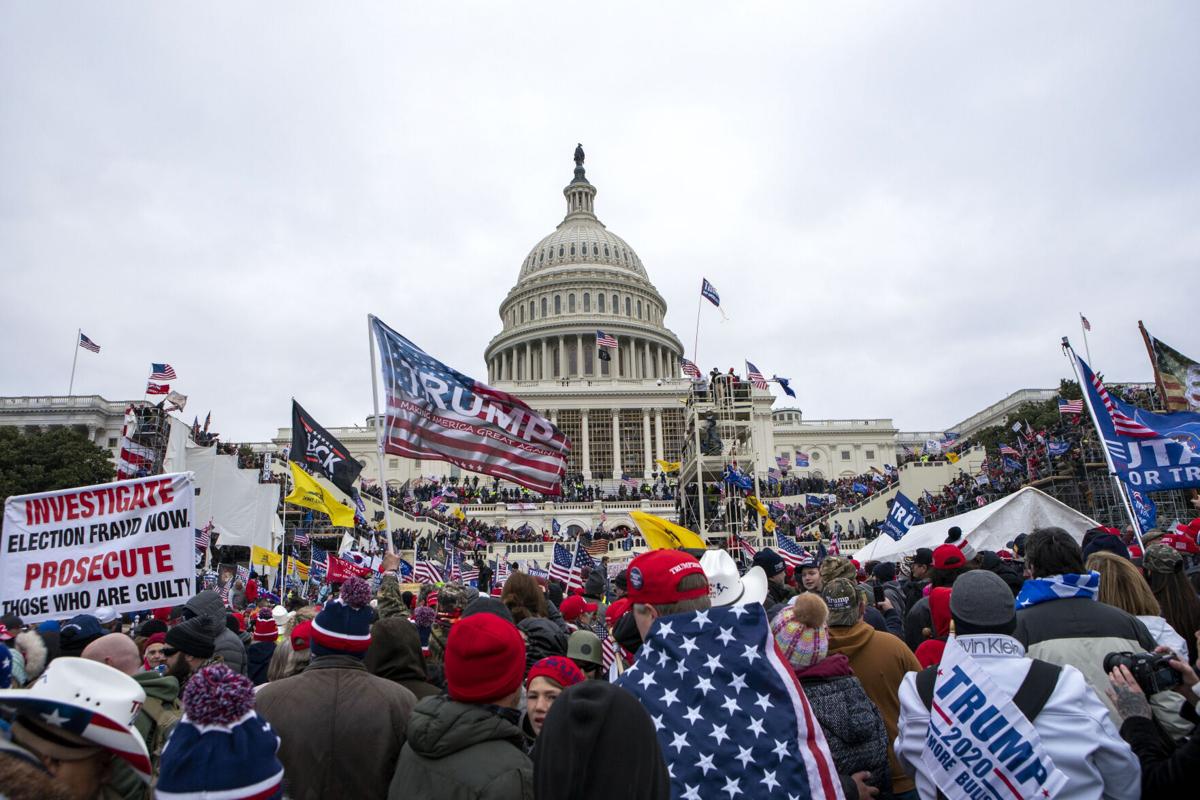 FILE - Rioters loyal to President Donald Trump rally at the U.S. Capitol in Washington on Jan. 6, 2021.