A sixth suspect was also being pursued in the shooting, which witnesses said was carried out by two men on a motorcycle and two other groups of people in cars, the Dominican Republic's chief prosecutor, Jean Alain Rodríguez, told a news conference.

Authorities gave the name of the alleged shooter as Rolfy Ferrery, aka Sandy.

Authorities have declined to give a motive for the shooting at a popular Santo Domingo bar Sunday night.

Police Maj. Gen. Ney Aldrin Bautista Almonte said the coordinator of the attack was offered 400,000 Dominican pesos, or about $7,800, to carry out the shooting. He said the alleged coordinator was among the suspects in custody.

Prosecutors have said the two men on the motorcycle were seen on security camera footage talking with other people in a gray Hyundai Accent and in another Hyundai in a nearby street before the shooting.

Meanwhile, in Boston, Ortiz's wife said in statement that the former Red Sox star was able to sit up and take some steps as he recuperates in the intensive care unit at Massachusetts General Hospital.

"His condition is guarded, and he will remain in the ICU for the coming days, but he is making good progress toward recovery," Tiffany Ortiz said in the statement.

Dominican prosecutors said in a court document that one of the suspects, Oliver Moisés Mirabal Acosta, was seen driving the Accent before mounting a motorcycle driven by 25-year-old Eddy Vladimir Feliz García.

"In one of the videos it was possible to observe both the accused and the shooter planning the commission of the incident right on Octavio Mejía Ricard Street, which is parallel to the place where the event took place," prosecutors said in the court document.

The document also revealed ineptitude, saying motorcycle driver Feliz Garcia was captured after he skidded and fell off his bike as the pair tried to flee. Enraged fans captured Feliz Garcia and beat him bloody before handing him over to police.

Mirabal Acosta was captured Tuesday night in the town of Mao in the northern Dominican Republic.

Feliz García's lawyer said his client, who has been charged with being an accomplice to attempted murder, is an innocent motorcycle taxi driver who had no idea his passenger was going to commit a crime.

"He didn't know what they were going to do. He's a fan of David's," the attorney, Deivi Solano, said Tuesday.

The 43-year-old Ortiz frequently traveled to Santo Domingo, where his father and a sister live. The former Red Sox slugger was active on the social scene there, hitting nightspots with friends who included TV personalities and Dominican reggaeton musicians.

Beloved in his hometown, Ortíz traveled the dangerous streets of the Dominican capital with little or no security, trusting his fans to protect him, according to friends.

How should I clean and store my face mask?

Public health experts recommend wearing a mask made from cotton fabric, such as T-shirts, or scarves and bandannas, when you are outside and unable to maintain social distancing from others.

The couple agreed to plead guilty to conspiracy to commit wire and mail fraud in a plea agreement filed in Boston's federal court. The charge carries up to 20 years in prison and a fine of $250,000.

Man who filmed Arbery shooting now charged in his slaying

William "Roddie" Bryan was arrested for felony murder. He filmed as Arbery was slain Feb. 23 by a white father and son who pursued the 25-year-old black man running through their neighborhood.

There's a lot of news this morning not related to the coronavirus pandemic. Get caught up on all the latest here, including 2020 election updates, Beyonce's plan for graduates, and Matt Lauer's latest comments on a rape accusation.

The death Monday night after a struggle with officers was under investigation by the FBI and state law enforcement authorities.

Strong concern about a second wave of coronavirus infections is reinforcing widespread opposition among Americans to reopening public places, a new poll finds.

Medical experts warn that the virus won’t take a holiday for the traditional start of summer. Get caught up with the latest coronavirus developments this morning.

"We knew that there should be some way to try to reckon with that number," Simone Landon, an assistant editor of the Times' Graphics desk, said of the death toll approaching 100,000.

Virus briefing: Memorial Day marks reopening for many. Here's a roundup of the weekend

As the U.S. neared 100,000 coronavirus deaths, signs of reopening were evident as U.S. residents emerged from weeks of stay-at-home orders. 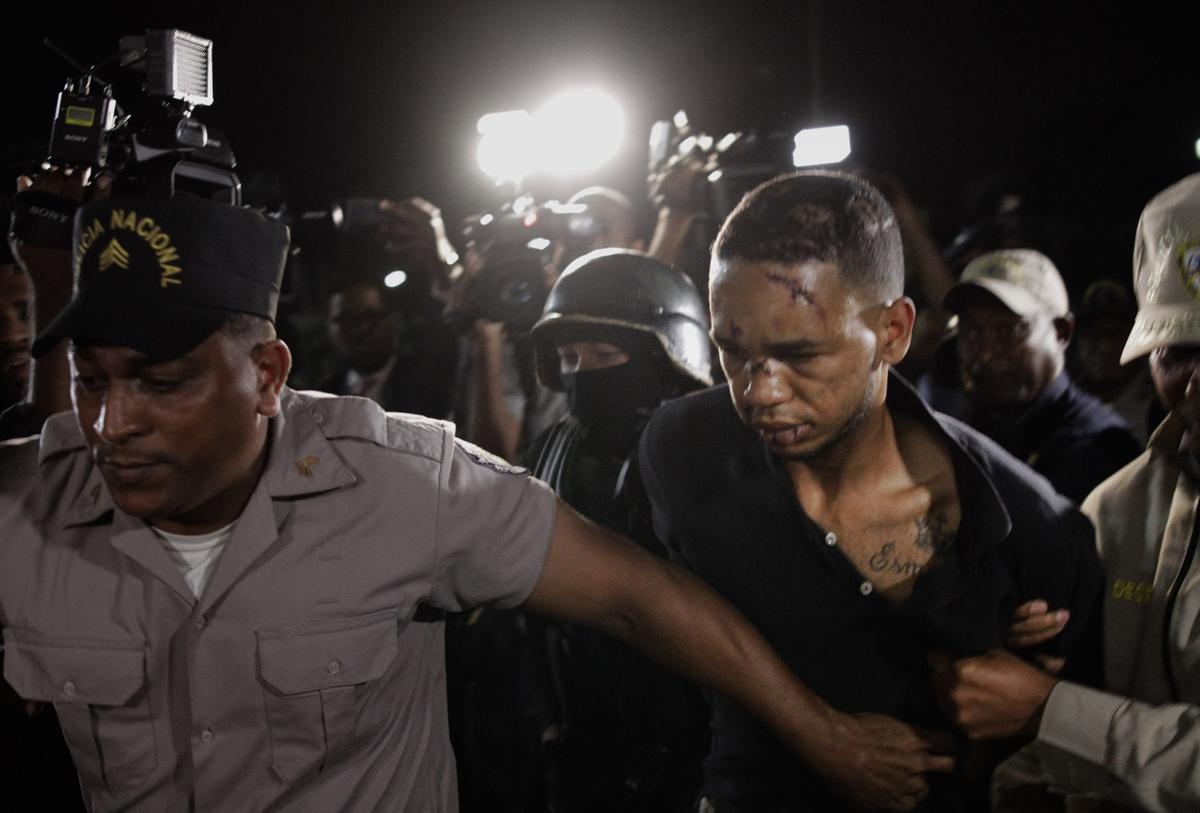 Eddy Vladimir Feliz Garcia, in custody in connection with the shooting of former Boston Red Sox slugger David Ortiz, is transferred by police to court in Santo Domingo, Dominican Republic, Tuesday, June 11, 2019. His lawyer Deivi Solano said Feliz Garcia had no idea who he'd picked up and what was about to happen, and that he expected Feliz Garcia would be charged as an accomplice to an attempted murder. (AP Photo/Roberto Guzman) 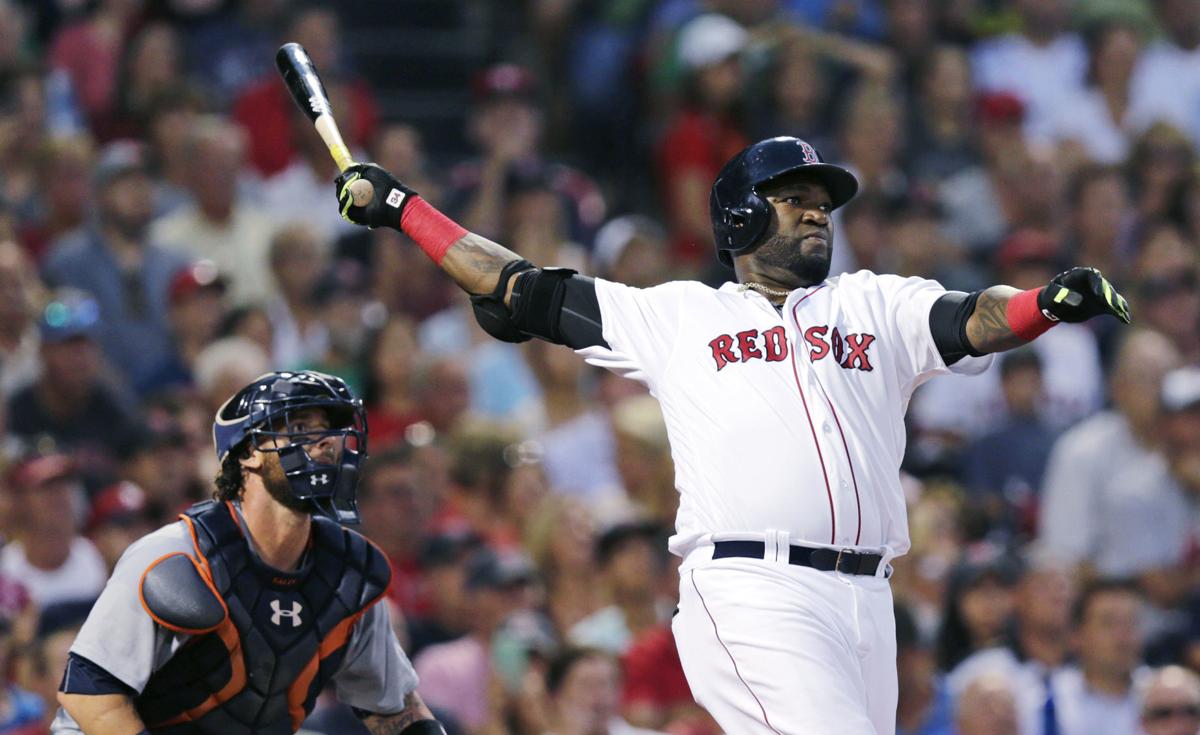 In this July 26, 2016, file photo, Boston Red Sox designated hitter David Ortiz and Detroit Tigers catcher Jarrod Saltalamacchia watch the flight of Ortiz's three-run home run during the third inning of a baseball game at Fenway Park, in Boston. Ortiz was back in Boston for medical care after authorities said the former Red Sox slugger affectionately known as Big Papi was ambushed by a gunman at a bar in his native Dominican Republic. (AP Photo/Charles Krupa, File)