KONGSBERG, Norway (AP) — A Danish man suspected of a bow-and-arrow attack in a small Norwegian town that killed five people is a Muslim convert who was previously flagged as having been radicalized, police said Thursday. Norway's national security agency said the suspect's actions “currently appear to be an act of terrorism.”

The man is suspected of having shot at people in a number of locations in the town of Kongsberg on Wednesday evening. Several of the victims were in a supermarket, police said.

“There earlier had been worries of the man having been radicalized,” Police chief Ole B. Saeverud said during a news conference. He added that there were “complicated assessments related to the motive, and it will take time before this is clarified." He didn't elaborate on what was meant by being radicalized.

NEW YORK (AP) — The Republican fundraising committee dedicated to flipping the House in next year's midterm elections said Thursday it raised more than $105 million this year through September.

The record haul for the nine-month period marks a 74% increase over last cycle and includes $25.8 million raised in the third quarter of the year. The group said it now has $65 million cash on hand, nearly triple what it had at this time four years ago.

“House Democrats are sprinting toward the exits because they know their days in the majority are numbered and we look forward to keeping up the pressure," National Republican Congressional Committee Chairman Tom Emmer said in a statement.

NEW YORK (AP) — Six years after her last album, Adele revealed Wednesday that her new project, “30,” will be released on Nov. 19.

An initial single, “Easy on Me,” is coming out on Friday.

The British singer, who was divorced in 2019, said in a lengthy Instagram post that after “throwing myself into a maze of absolute mess and inner turmoil,” she's feeling better.

“I'm ready to finally put this album out,” she wrote.

COPENHAGEN, Denmark (AP) — A Danish man suspected of a bow-and-arrow attack on a small Norwegian town that killed five people and wounded two others is a Muslim convert who had previously been flagged as having being radicalized, police said Thursday.

WASHINGTON (AP) — The fundraising committee aiming to help Democrats maintain control of the House said Thursday it raised $106.5 million through the end of last month, narrowly edging the $105 million its Republican counterpart announced collecting over the same period.

WASHINGTON (AP) — President Joe Biden tried to reassure Americans on Wednesday that he can tame high inflation, announcing a deal to expand operations at the Port of Los Angeles as prices keep climbing and container ships wait to dock in a traffic jam threatening the U.S. economy and holiday shopping.

LOS ANGELES (AP) — New York real estate heir Robert Durst was sentenced Thursday to life in prison without a chance of parole for the murder of his best friend more than two decades ago.

California highway reopens but fire still a threat to homes

SANTA BARBARA, Calif. (AP) — A key Southern California highway closed for days because of a wildfire was reopened Thursday evening but authorities warned that flames still posed a threat to remote properties in a coastal mountain range.

NEW YORK (AP) — Six years after her last album, Adele revealed Wednesday that her new project, “30,” will be released on Nov. 19.

Mercury even WNBA Finals with 91-86 overtime win over Sky

PHOENIX (AP) — Diana Taurasi spent most of the night being hounded by Chicago's Allie Quigley, an exhausting exercise in an already-tough game…

OAKLAND, Calif. (AP) — Ray Fosse, the strong-armed catcher whose career was upended when he was bowled over by Pete Rose at the 1970 All-Star Game, has died. He was 74.

TAIPEI, Taiwan (AP) — A building fire that raged out of control for hours overnight in a major city in southern Taiwan left 46 people dead and at least 41 others injured, authorities said Thursday.

""They set out to do it, and they did it," the superintendent said. "It has no place in high school athletics."

Colin Powell, military leader and first Black US secretary of state, dies at 84

Colin Powell, the first Black US secretary of state who helped shape American foreign policy for decades, has died of complications from Covid-19, his family said.

Sheriff's officials said Halyna Hutchins, director of photography for the movie "Rust," and director Joel Souza were shot. The Santa Fe New Mexican reported Baldwin was seen Thursday outside the sheriff's office in tears, but attempts to get comment from him were unsuccessful.

Police: Woman raped on Pennsylvania train as bystanders did nothing

A woman was raped by a stranger on a Philadelphia area train in the presence of other riders who a police official said "should have done something."

Former President Trump sought to block the release of documents related to the Jan. 6 riot to the congressional committee investigating the attack.

A man charged with raping a woman on a train outside of Philadelphia harassed, groped and assaulted her while people held up their phones, police said.

Can new variants of the coronavirus keep emerging? An explainer.

With more than half the world still not vaccinated, the virus will likely keep finding people to infect, which can lead to new variants forming. Here's what to know.

Top headlines: The latest in the search for Brian Laundrie; Trump launches his own social media site; NFL agrees to end "race-norming." Get caught up.

The FBI on Thursday identified human remains found in a Florida nature preserve as those of Brian Laundrie, a person of interest in the death of girlfriend Gabby Petito.

Everything you're waiting for is in these containers

A closer look at the supply chain crisis and what's happening at America's ports. 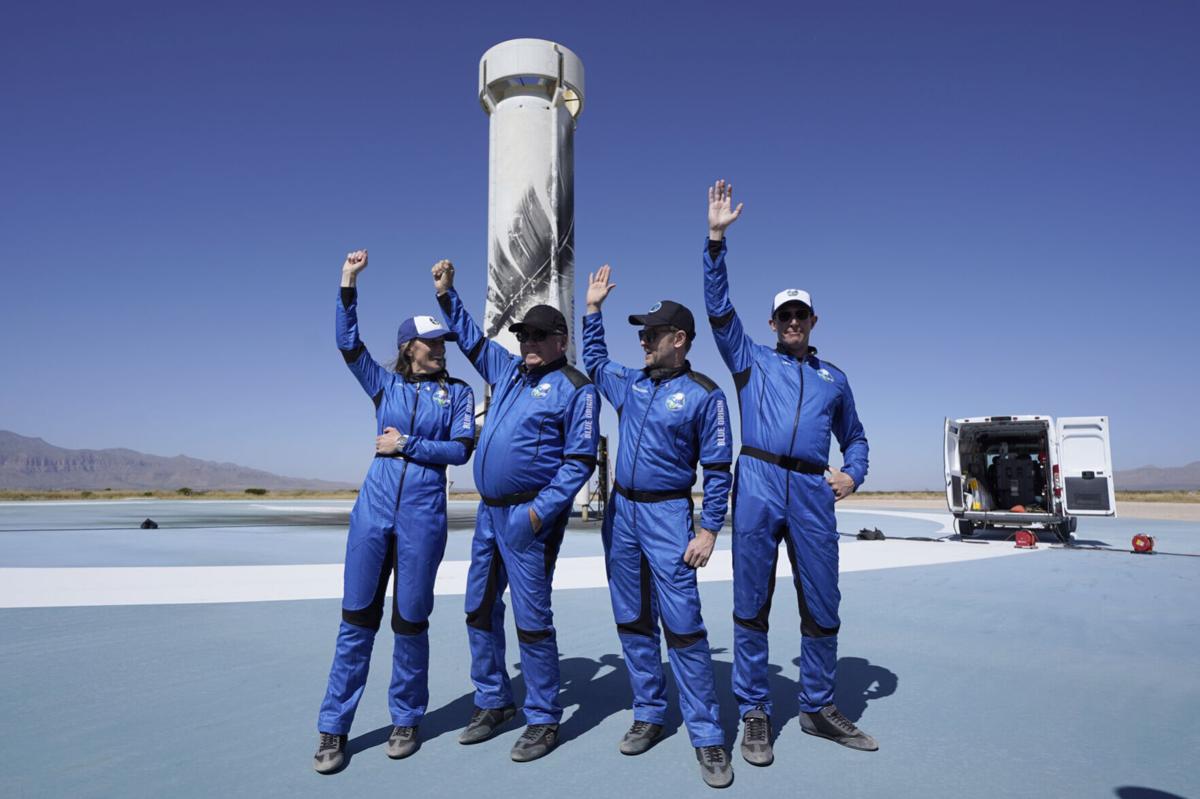 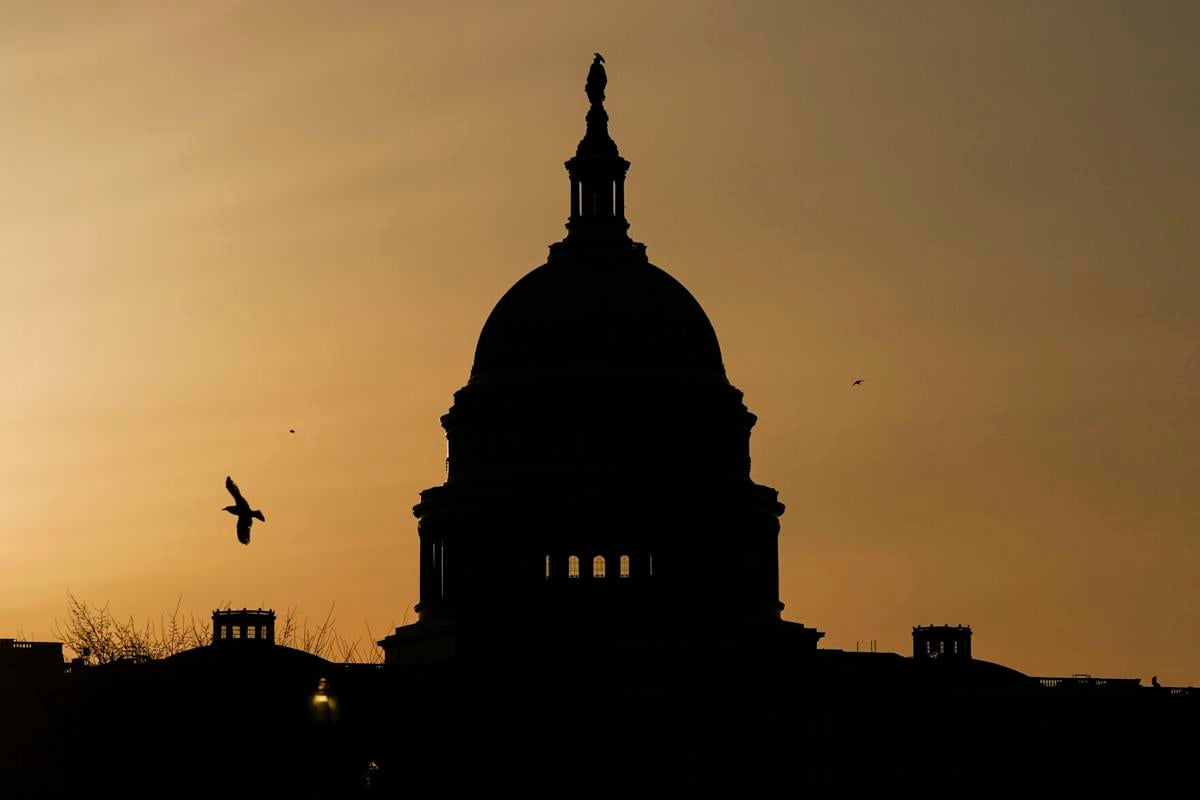 In this March 4, 2021, a bird flies near the U.S. Capitol dome at sunrise in Washington. 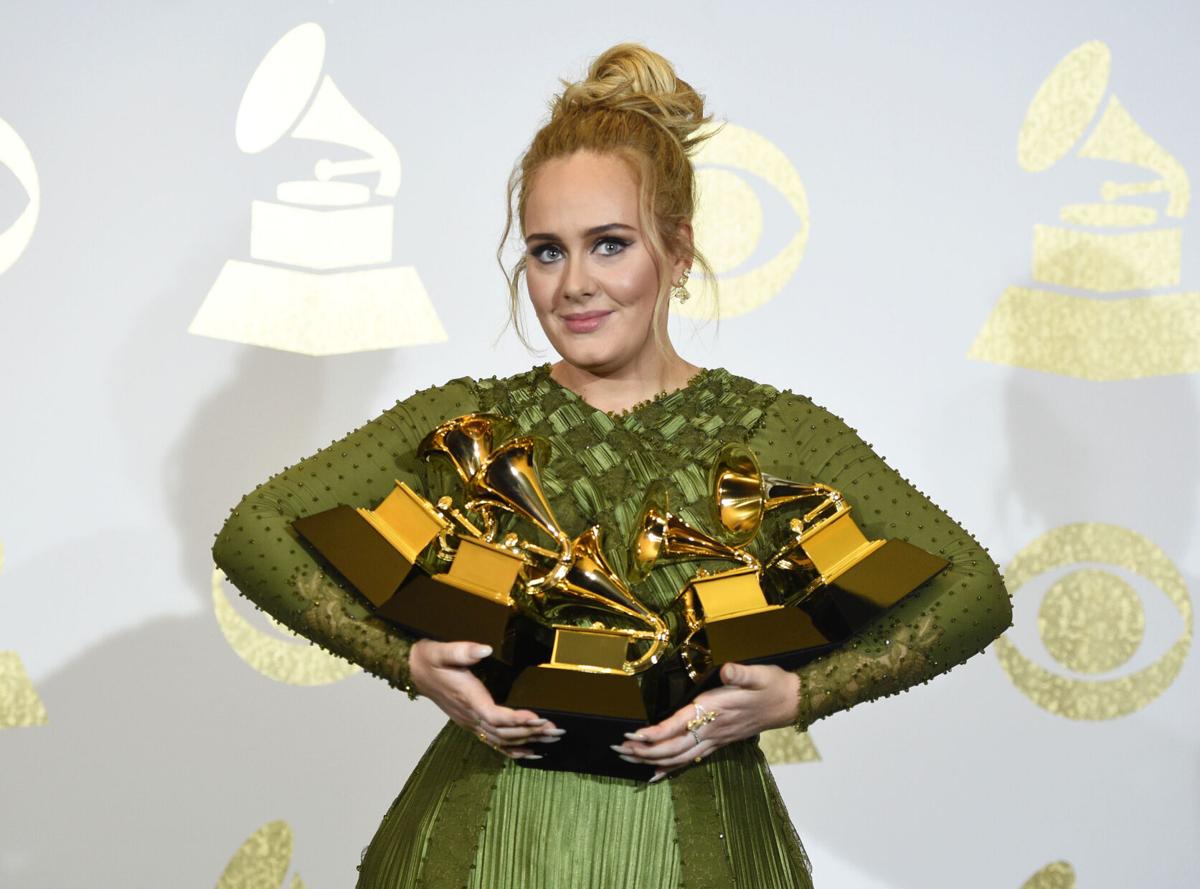 Adele announced on Instagram that her “30” album will come out November 19. A new single, ‘Easy on Me,’ is being released on Friday.

Police walk at the scene after an attack in Kongsberg, Norway, Wednesday, Oct. 13, 2021. Several people have been killed and others injured by a man armed with a bow and arrow in a town west of the Norwegian capital, Oslo.