Sundogs in the sky over Bismarck-Mandan this week have been a clear indicator of the frigid conditions blanketing North Dakota.

Wind chills early Thursday -- a measurement of the combination of air temperature and wind -- plummeted to as low as minus 59 degrees in Bowbells, in northwestern North Dakota, according to the National Weather Service. The lowest wind chill in Bismarck was measured at minus 41, and in Mandan at minus 45. Readings that low are considered life-threatening.

The arctic air surged into the Northern Plains on the heels of an Alberta clipper weather system that moved out of the Northern Rockies on Tuesday. Bismarck's projected high temperature of minus 12 degrees on Thursday was 32 degrees colder than Monday's high of 20 above.

Bright sundogs marked the sky all day Wednesday. Sundogs are colored spots of light that develop due to the refraction of light through ice crystals -- winter rainbows, essentially. They can occur at any time but usually appear only on very cold days.

The icy cold is forecast to last through Friday morning. The weather service posted a wind chill advisory for the southwest and a will chill warning for the rest of the state until noon local time Friday.

"Limit time outdoors, and make sure to carry a winter survival kit if planning travel," the agency advised.

Conditions should improve during the day Friday, leading to a relatively pleasant January weekend. Highs in the Bismarck-Mandan area are forecast in the 20s on Saturday, falling to the single digits on Sunday but rebounding to the teens on Monday and the lower 30s on Tuesday and Wednesday.

Storms the past couple of weeks have helped cut into the drought that has plagued North Dakota over the past year. The latest U.S. Drought Monitor map, released Thursday, shows 22% of the state in severe or extreme drought, compared to 30% a week ago. As a longer-term comparison, five months ago nearly the entire state was in severe, extreme or exceptional drought.

A storm system that will move out of Canada is forecast to bring accumulating snowfall to the north central U.S. from Thursday night into Friday.

MINNEAPOLIS — Heavy snow spread Friday across a large swath of the Midwest, where travel conditions deteriorated and scores of schools closed …

Snow, ice forecast for Bismarck-Mandan; brunt of storm expected to the east

The National Weather Service has posted a winter weather advisory for the Bismarck-Mandan area from Thursday evening through Friday evening, a…

Frigid air blanketed North Dakota on Wednesday after an arctic front pushed through the state, but all travel advisories were lifted following…

A winter storm that dumped heavy snow in North Dakota over the Christmas holiday weekend snarled travel, prompted closures as the workweek beg… 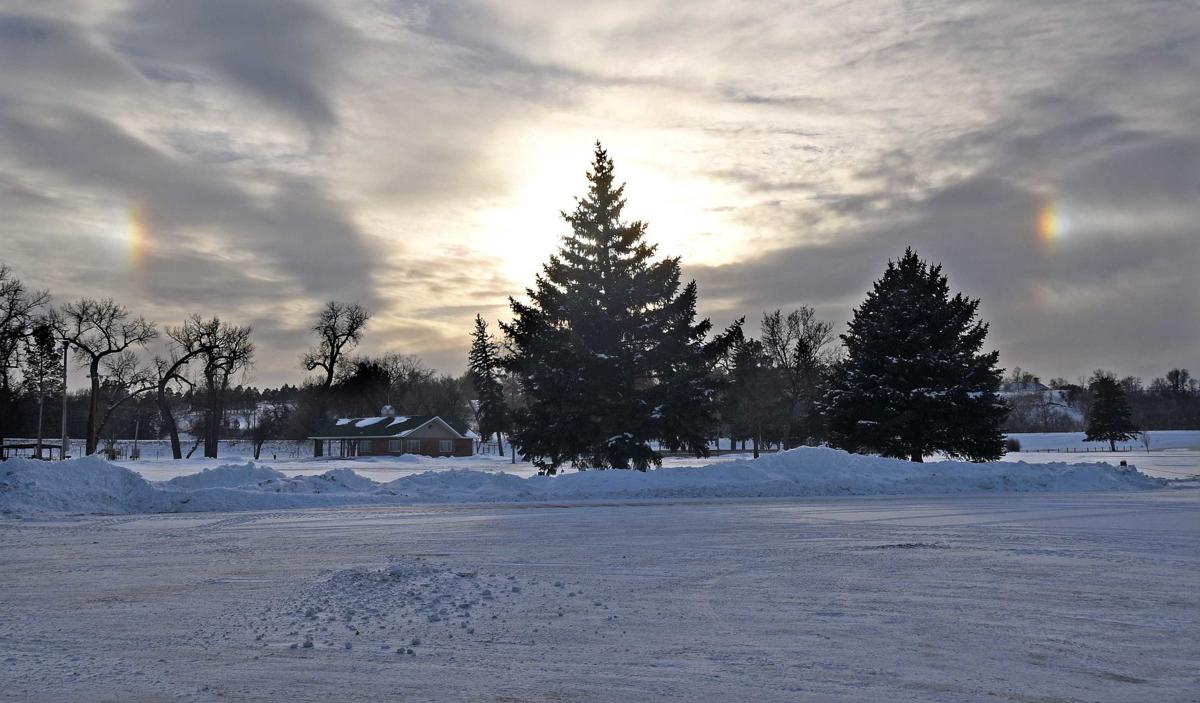 Sundogs were in the sky in central North Dakota throughout the day Wednesday as a sure indicator of the cold air covering the region. This view is from Mandan's Legion Park near sunset. 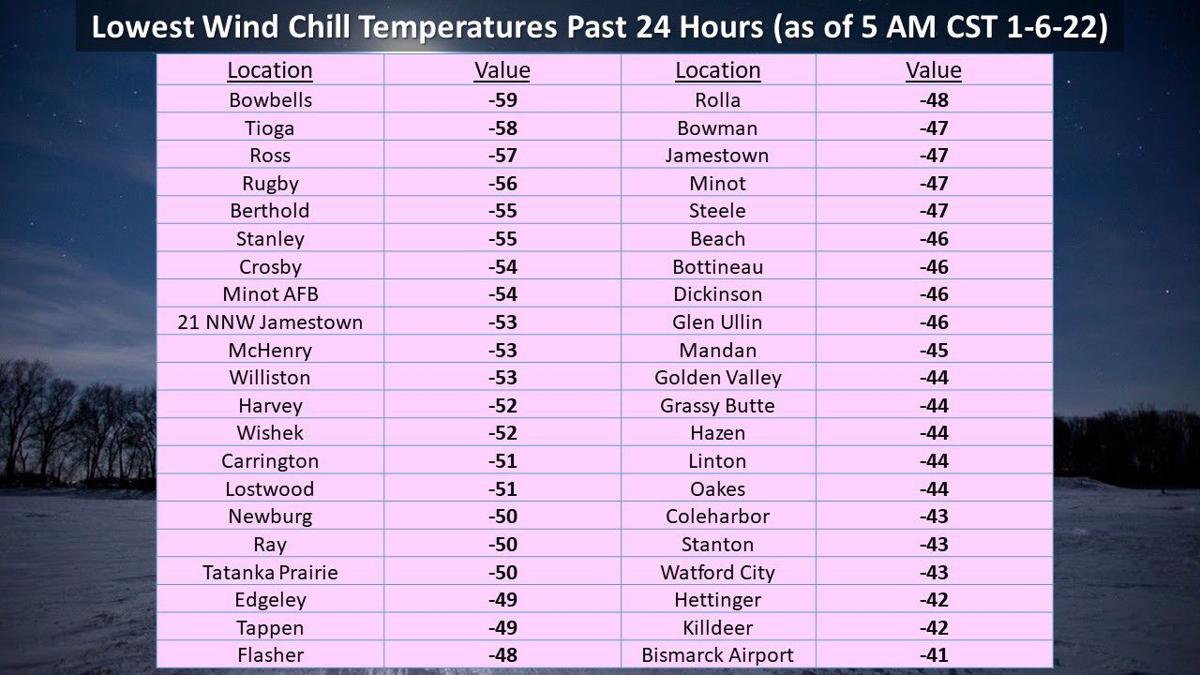