Bighorn sheep are coming to the Fort Berthold Reservation.

Gov. Doug Burgum and Mandan, Hidatsa and Arikara Nation Chairman Mark Fox on Thursday signed a memorandum of understanding outlining the translocation and management of bighorns on the reservation in western North Dakota.

The bighorns are coming from the Rocky Boy's Reservation in Montana. Kuiu, the company that manages the reservation's herd, will handle the animals' capture via helicopter, aided by the North Dakota Game and Fish Department.

Game and Fish Director Terry Steinwand said 30 to 40 bighorns will be brought to North Dakota in stock trailers. They'll be released in the Mandaree and Twin Buttes areas.

Barring bad weather or equipment failures, the bighorns could be moved in as soon as two weeks, he said. The bighorns have already been disease-tested and will be collared for GPS tracking.

The state-tribal agreement includes a provision for a ram hunting season that MHA Nation declares. North Dakota Game and Fish Wildlife Division Chief Jeb Williams said a hunting season would depend on how well the bighorns do in their new home.

"If the population does well enough and to where there's mature rams out there, that's something that our agency and Three Affiliated Tribes will be in discussion about, and then we're going to be sharing those licenses for that opportunity," Williams said.

The agreement sealed Thursday had been in development for two and a half to three years, Steinwand said, but the capture plans were delayed last year due to a helicopter failure.

Williams and Steinwand said costs to the state are "pretty minor," being time and travel to Montana to assist in the bighorns' capture and transport.

MHA Nation is contributing toward the effort, Williams said. It's unclear how much.

Most of the capture costs are borne by Kuiu, he said.

"They want the contribution from them to go to on-the-ground sheep projects that expand the interest, expand the resource of wild sheep in North America," Williams said.

The new agreement is the third occasion of North Dakota and a tribal nation setting ink to a wildlife agreement.

The others are twin agreements with MHA Nation in 2008 related to hunting and fishing access issues and a 2017 pact with the Standing Rock Sioux Tribe for an elk hunting season.

Fox said the new agreement represents "another step to cooperatively work with the state in a joint project."

"This is another representation of how trust and understanding and respect can lead to not just progress but real results," the first-term Republican governor said.

North Dakota has about 330 bighorns throughout the state's rugged, western Badlands, mostly north of Interstate 94.

The state allocated five bighorn licenses for its 2019 season, four of them awarded in a lottery, one via auction.

Williams said all five hunters were successful. More than 15,300 people applied for the 2019 lottery.

Since 2014, North Dakota's bighorns have endured an outbreak of bacterial pneumonia which resulted in about a 30% mortality rate.

Williams said the herds have rebounded some, but the disease can persist within a population in individual animals for several years.

Thirty bighorn sheep have been released on the Fort Berthold Reservation in western North Dakota. 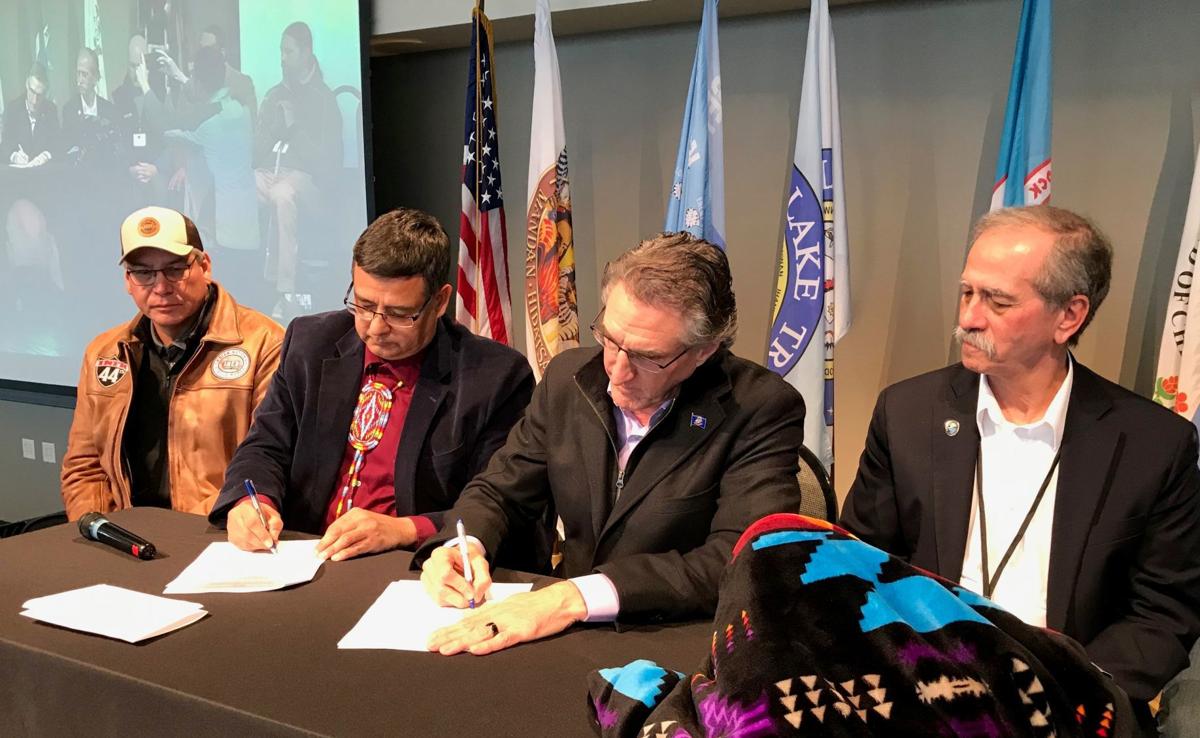 Mandan, Hidatsa and Arikara Nation Chairman Mark Fox, second from left, and North Dakota Gov. Doug Burgum on Thursday sign a memorandum of agreement between the tribe and state for relocating up to 40 bighorn sheep to the Fort Berthold Reservation in western North Dakota from the Rocky Boy's Reservation in Montana. At left is MHA Nation Tribal Councilman and Treasurer Mervin Packineau. At right is North Dakota Game and Fish Director Terry Steinwand. 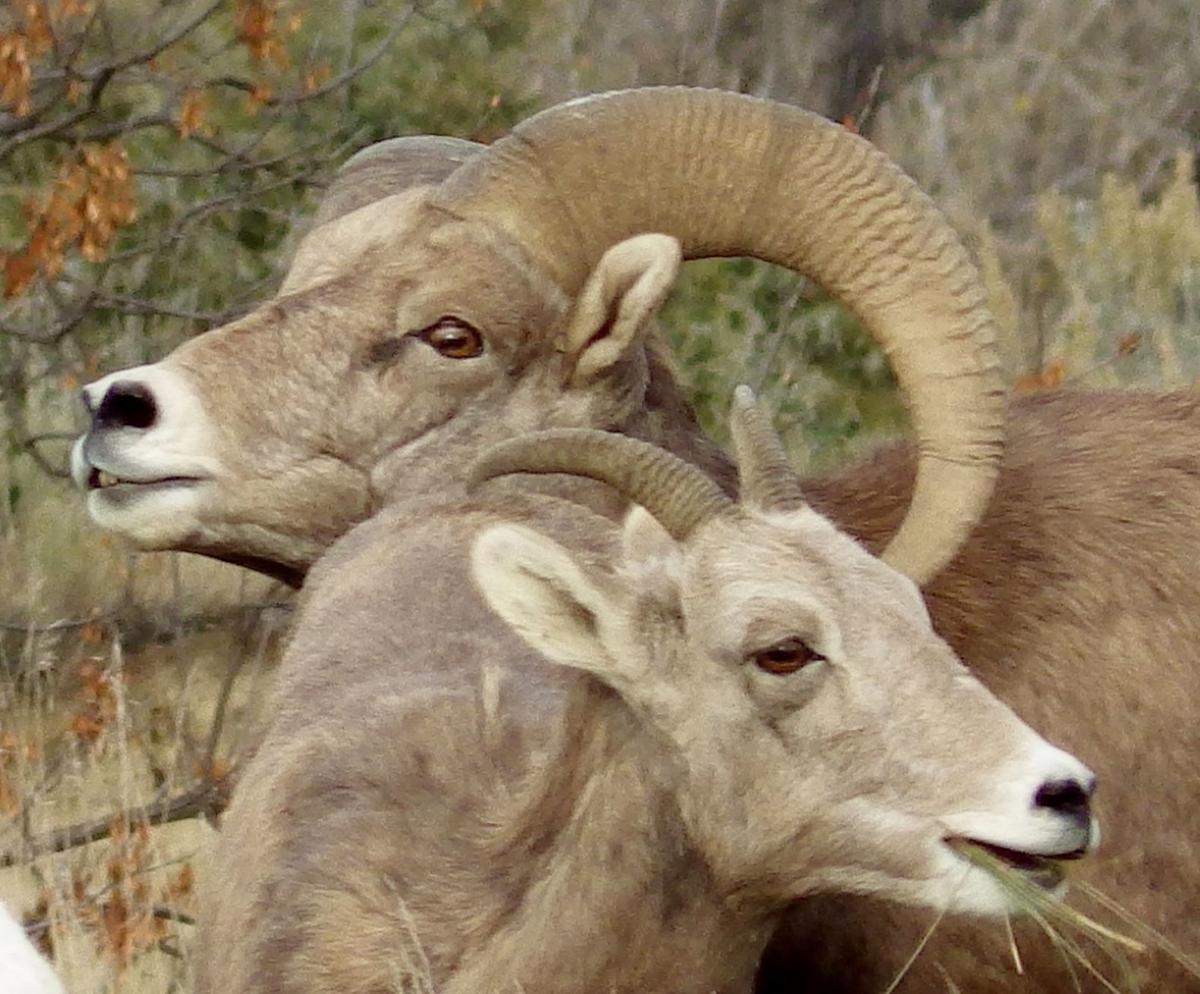 A bighorn ram follows an ewe as their herd of 24 roams the Little Missouri Valley south of Watford City in October 2016.