FRISCO, Texas  — Redshirt freshman quarterback Trey Lance ran for 166 yards, with a clutch 44-yard touchdown to start the fourth quarter, and North Dakota State held on to claim its eighth FCS national championship with a 28-20 win over James Madison on Saturday.

James Hendricks had an interception at the goal line in the final seconds for the Bison (16-0), who stretched their FCS-record winning streak to 37 in a row and completed the first 16-win season in any division since Yale in 1894.

After stopping Lance short on a fourth-and-2 at its 36 with 2:51 left, James Madison (14-2) drove to the 3. Hendricks, who earlier had a 20-yard touchdown run on a fake field goal, then picked off the pass by Ben DiNucci.

Riley Stapleton's 5-yard TD catch with 7 minutes left was his second of the game. He also had two TD catches in the national title game two years ago, when the Dukes lost to North Dakota State. That was a season after they won a semifinal game at the Fargodome and then beat Youngstown State for the title.

While Lance was only 6 of 10 passing for 72 yards, he has now attempted 289 passes for the Bison without ever throwing an interception. He ran a season-high 30 times in the finale.

Stapleton had a 5-yard TD on the opening drive of the game for James Madison, but the Bison quickly got even on Adam Cofield's 1-yard TD run.

North Dakota State used some trickery to score twice in the second quarter. Receiver Phoenix Sproles swept around and faked a reverse handoff before running 38 yards for a touchdown, and Hendricks lined up for an apparent field goal wen he took the snap, then got up and ran to the end zone.

James Madison: The Dukes got off to an impressive start, going 86 yards on 17 plays and taking half of the first quarter for their opening drive. That was the only time they led.

North Dakota St.: Make it 8-for-8 for the Bison for championships won when making it from Fargo to Frisco. Their eighth appearance in the FCS championship matched the most with Georgia Southern, which won six of their title games. ... The only two Division I winning streaks longer than NDSU are Washington (40, from 1908-14) and Oklahoma's record 48 in a row was 1953-57.

James Madison opens the 2020 season at home Sept. 5 in a CAA game against Delaware with holes to fill. The Dukes will have a new quarterback, and the Stapleton brothers — receiver Riley and tight end Dylan — played their last game, as did All-America defensive end Ron'Dell Carter.

North Dakota State will go for its fourth win over a Power Five team in eight seasons in a Sept 5 season opener at Oregon. The Bison have wins over Kansas State, Iowa State and No. 13 Iowa since 2013.

All aces for Bison's Entz in first season as head coach

Matt Entz’s mission was clear when he took over as head football coach at North Dakota State.

Saturday's FCS title game will be a star-studded affair under center. 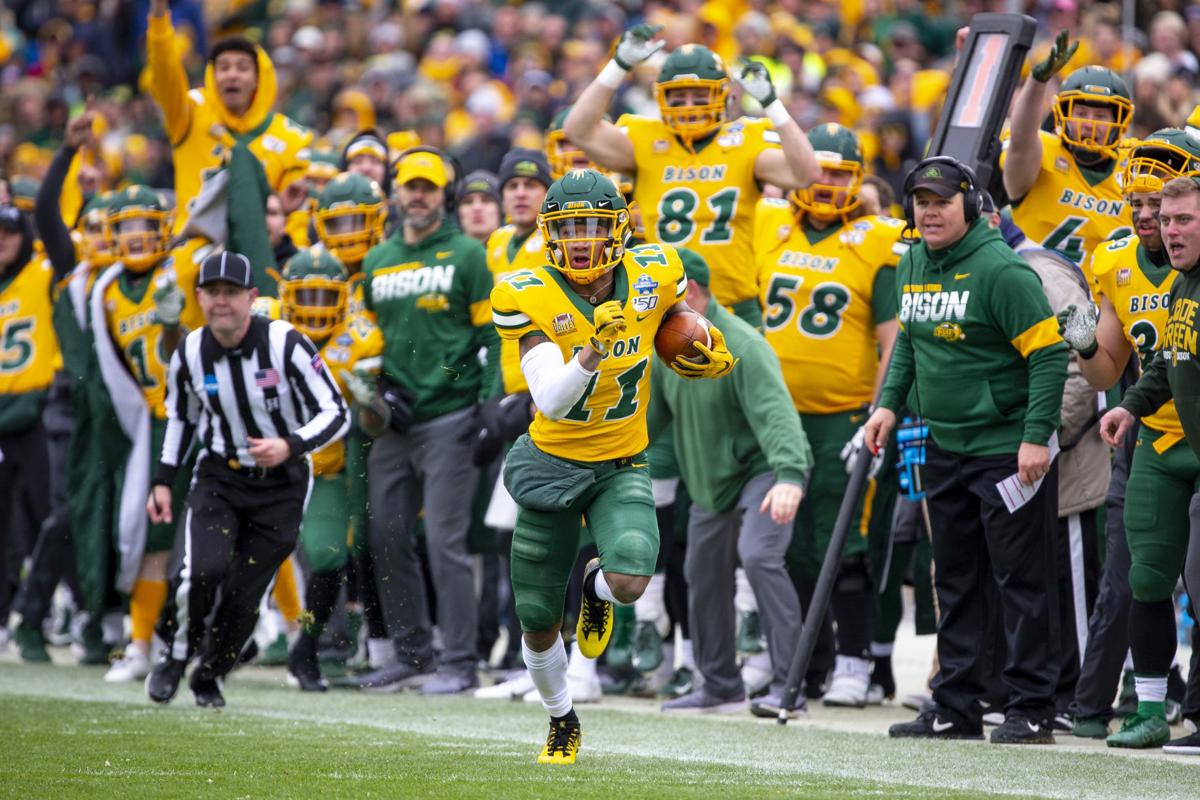 North Dakota State wide receiver Phoenix Sproles (11) runs the ball in front of his team's bench during the first half of the FCS championship NCAA college football game against James Madison on Saturday in Frisco, Texas. 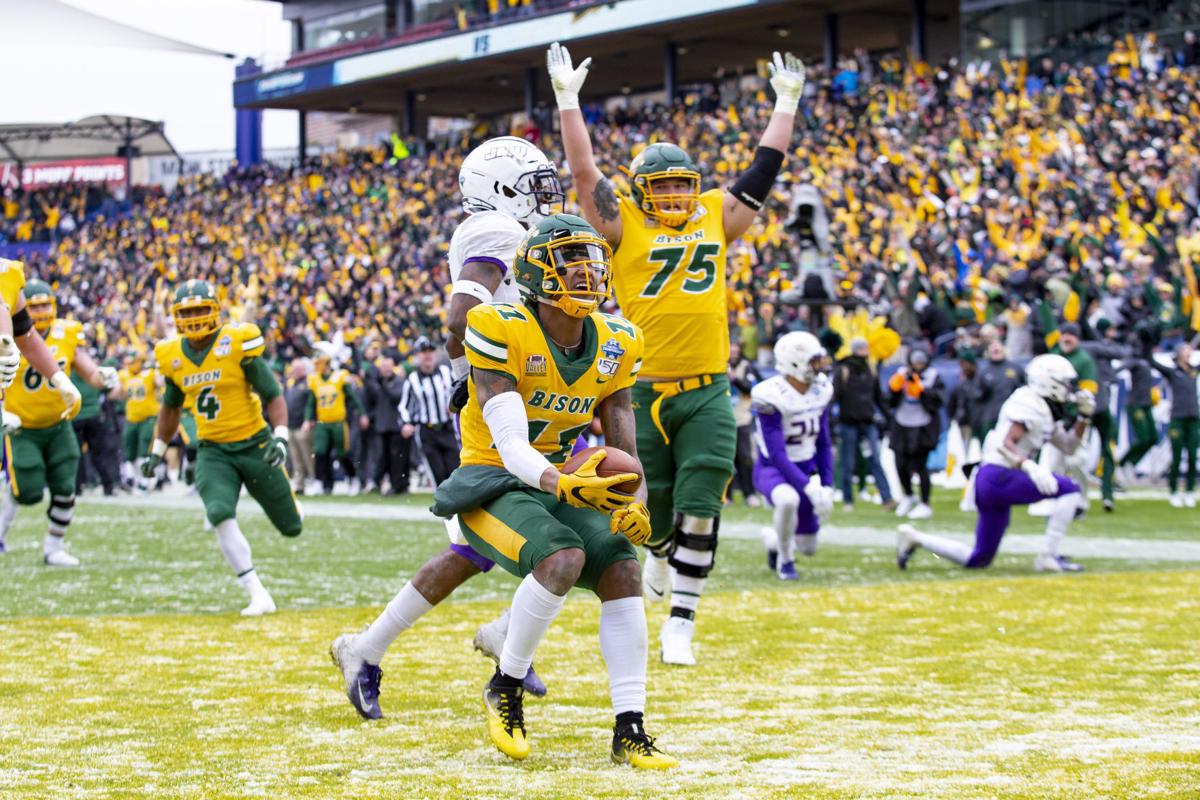 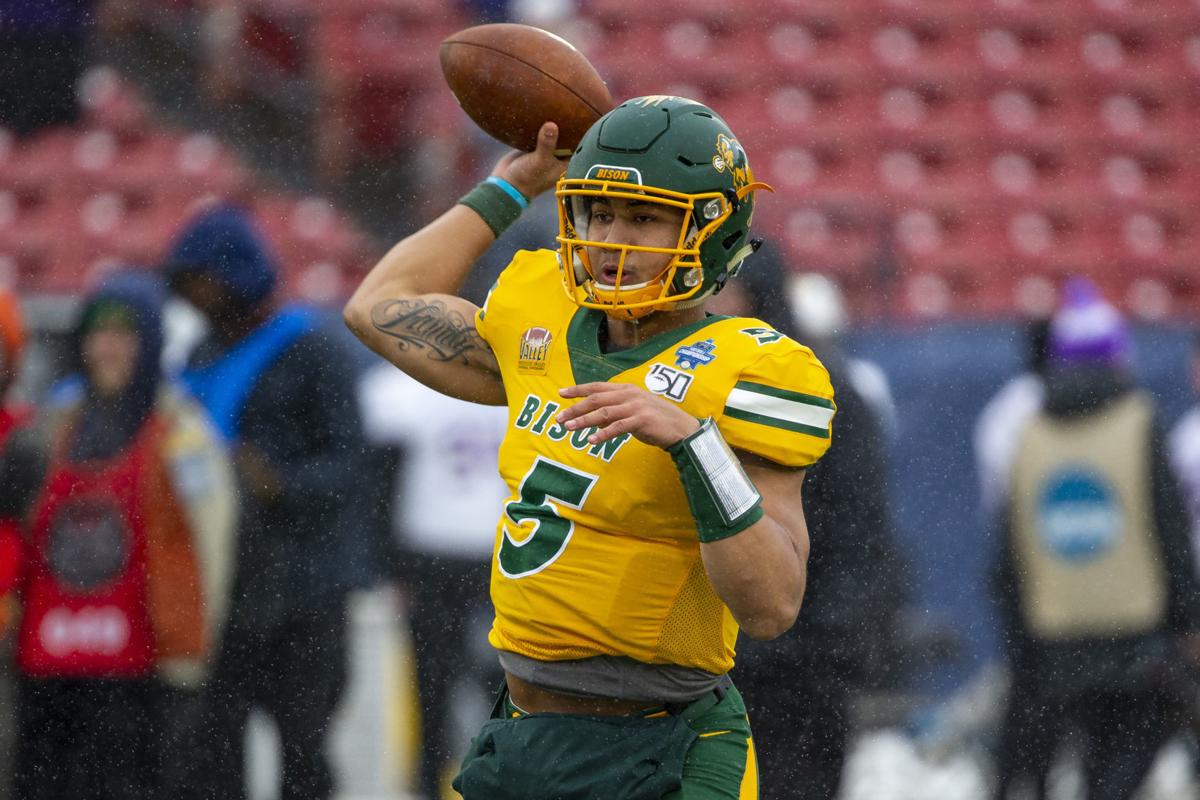