Residents of another large apartment building in Mandan have been displaced by a fire that also damaged two downtown businesses.

All 50 units of the four-story Lewis and Clark Apartments on West Main Street were evacuated when fire broke out about 6:30 p.m. Wednesday on the roof of the business building adjacent to the west, where there was a wooden patio area for apartment residents. An initial investigation determined the blaze likely was caused by improperly discarded smoking materials, according to Deputy Police Chief Lori Flaten.

The fire was contained to the patio and roof area above the House of Fade barbershop and Gary's Gallery and did not extend into the apartment building; however, "varying levels of smoke and water damage were found throughout the buildings," Flaten said.

Firefighters had the flames under control in about half an hour. No injuries directly related to the fire were reported, though "several" residents were taken to a hospital for evaluation, Flaten said.

Thirty families stayed the night at the Baymont hotel, while one family stayed at the Comfort Inn, according to Rob Stotz, executive director of the Western North Dakota Chapter of the American Red Cross. Other displaced residents stayed with family or friends.

"Our community partners assisted in overnight materials and replacement shoes and clothing," he said. "We worked with the property manager and fire department to retrieve vital medications."

Hotel rooms and food were being available again Thursday for the families, who were awaiting word from authorities on when they could return to their apartments, Stotz said. Flaten late Thursday afternoon said it wasn't known when that might happen.

The fire comes less than a month after a blaze that displaced residents of the 36-unit Sunset Bluffs apartment in northwest Mandan. That fire also was caused by improperly discarded smoking materials. No one was hurt.

Organizers of the Sunset Apartment Fire-Official effort were working with local groups including the Red Cross to provide needed items for displaced Lewis and Clark Apartment residents. The group has organized donations in a warehouse at 3305 Old Red Trail in Mandan in the wake of the Aug. 10 Sunset Bluffs fire. Officials opened the warehouse for Lewis and Clark residents Wednesday night and planned to post needs in coming days on the group's Facebook page.

Sunset Apartment Fire-Official also plans a public rummage sale from 9 a.m. to 6 p.m. on Friday, to make room for winter clothing items as colder weather sets in. Proceeds from the sale will go to help displaced families. The sale is primarily clothes.

Officials at Gary's Gallery were able to remove some of the artwork on Wednesday night and on Thursday were evaluating the full extent of the damage there. The business is temporarily closed.

The House of Fade barbershop next door suffered significant damage, according to Lorraine Maldonado Torres, whose husband, Josue Rodriguez Perez, owns the business. It's closed until further notice.

The couple was at another shop they lease downtown on Wednesday night.

"We saw the smoke coming out of the roof where the barbershop was, and we came running," she said, adding that it was too late to prevent the damage, and police warned them to stay away for safety.

"It was pretty bad," she said of the damage. "The roof of the back part (of the building) is torn down. Our machines, our chairs, everything is wet from water."

The couple came to the U.S. from Puerto Rico, and opening the barbershop a year ago was the realization of a dream, according to Maldonado Torres.

"What we built with great effort yesterday was destroyed in the blink of an eye by a fire," they posted on their Facebook page.

Residents of a downtown Mandan apartment building displaced by fire a week ago have been given the all clear to return, according to the Ameri… 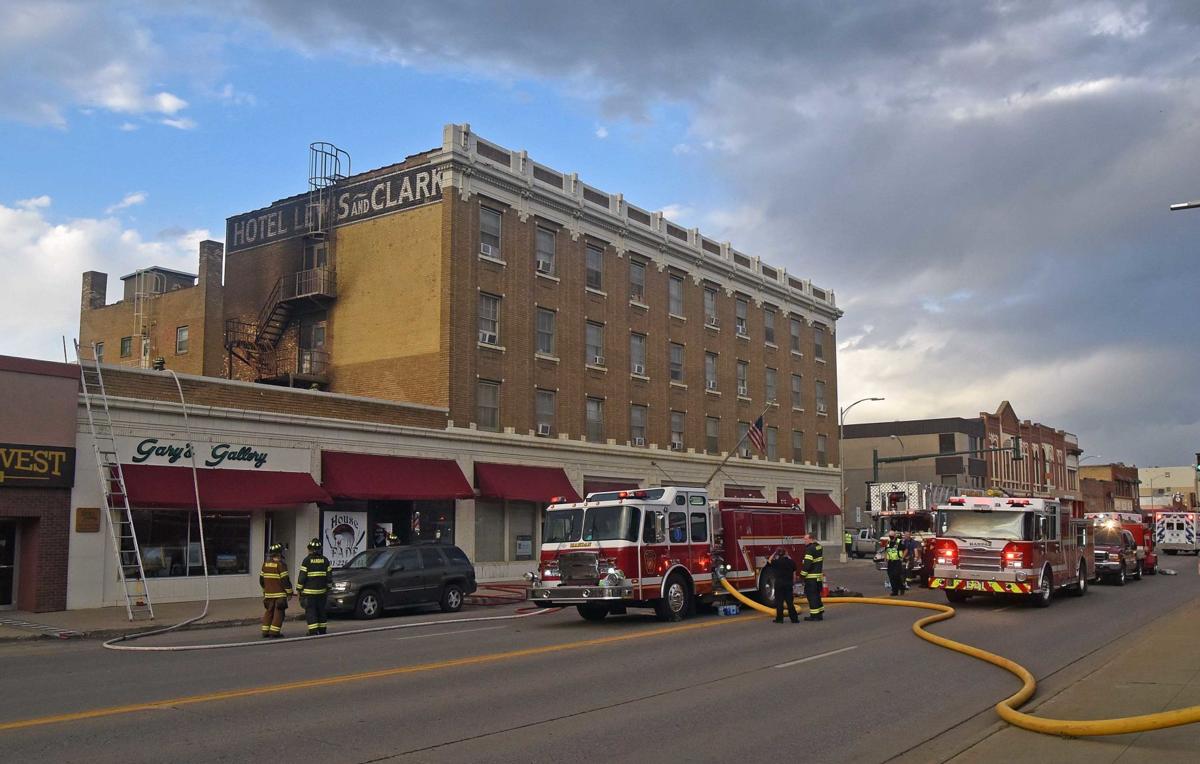 Firefighters respond to a fire at the Lewis and Clark Apartments on West Main Street in Mandan on Wednesday. 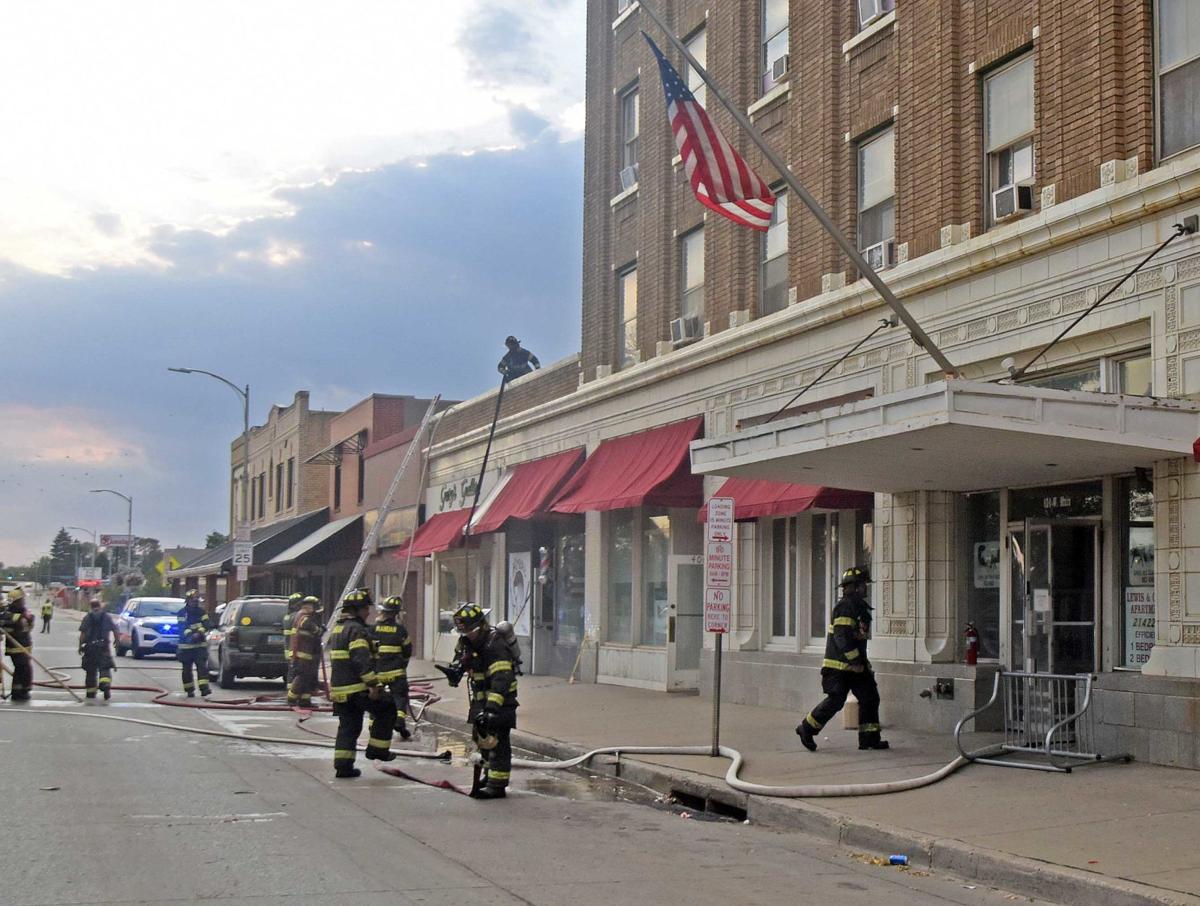 Firefighters battle a blaze on West Main Street in Mandan on Wednesday night, which broke out around 6:30 p.m. 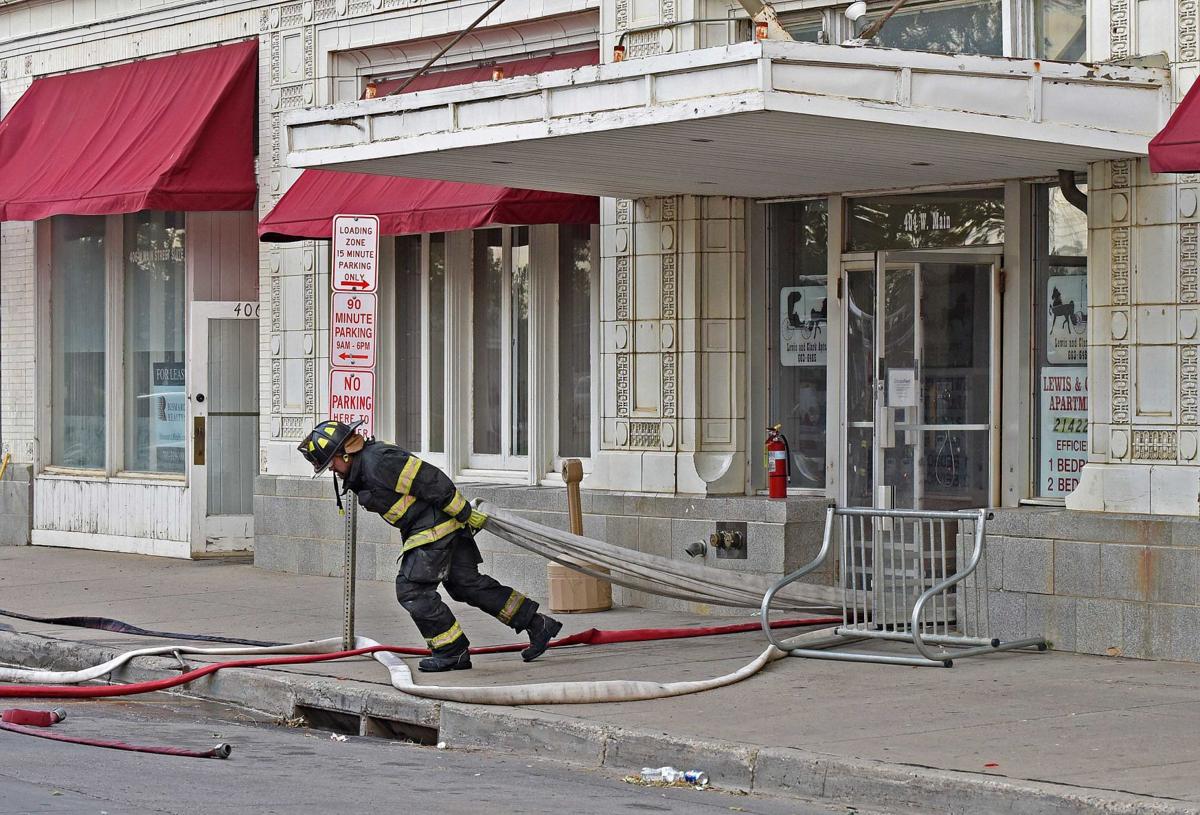 Firefighters responded to a blaze at an apartment building on West Main Street in Mandan on Wednesday evening. 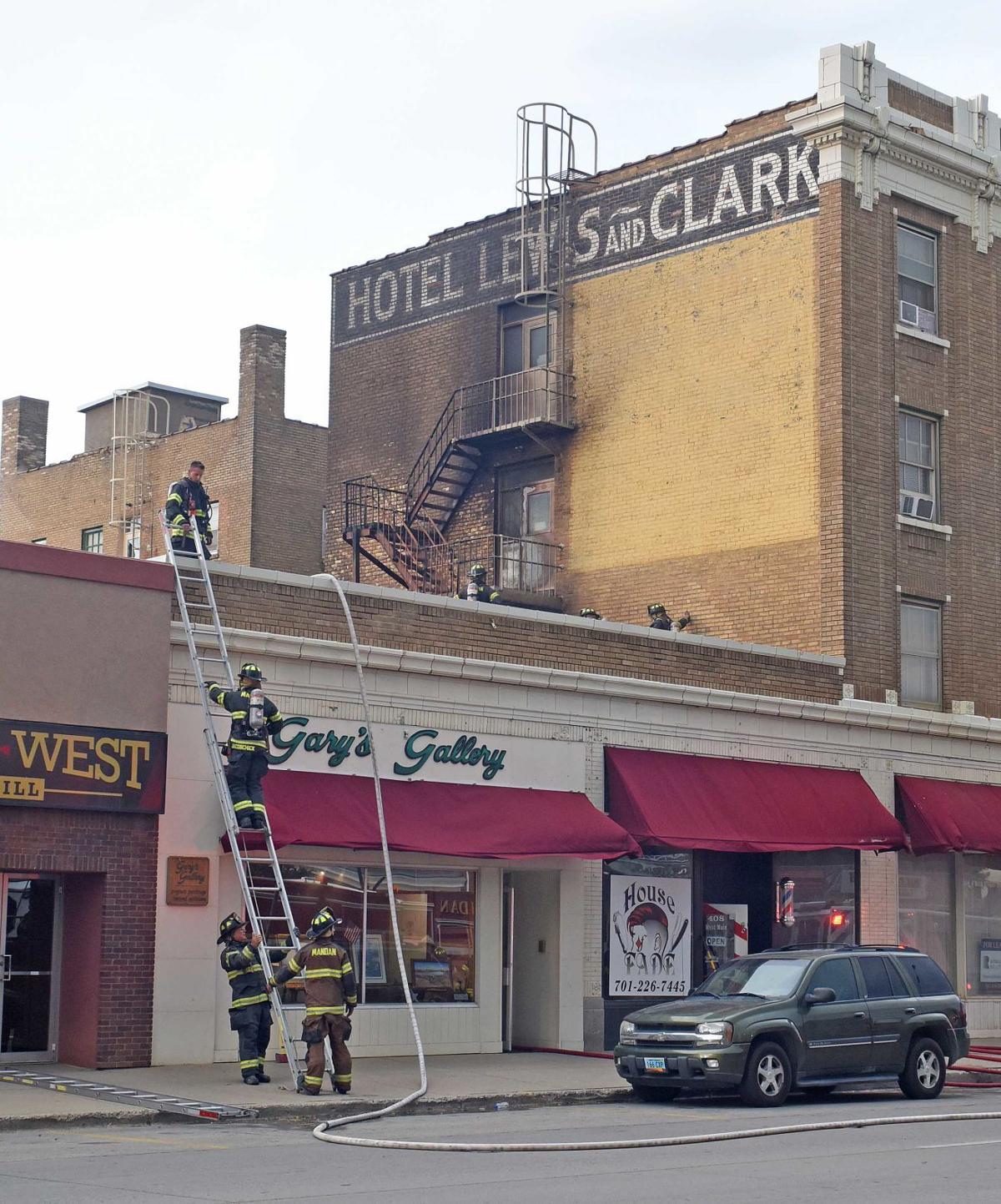 All 50 units of the Lewis and Clark Apartments on West Main Street in Mandan were evacuated when a fire broke out on Wednesday night.