Coronavirus update: Only half of Americans say they would get vaccine. Here's the morning's latest.

Journalist arrested while reporting on protest found not guilty
Share this
× 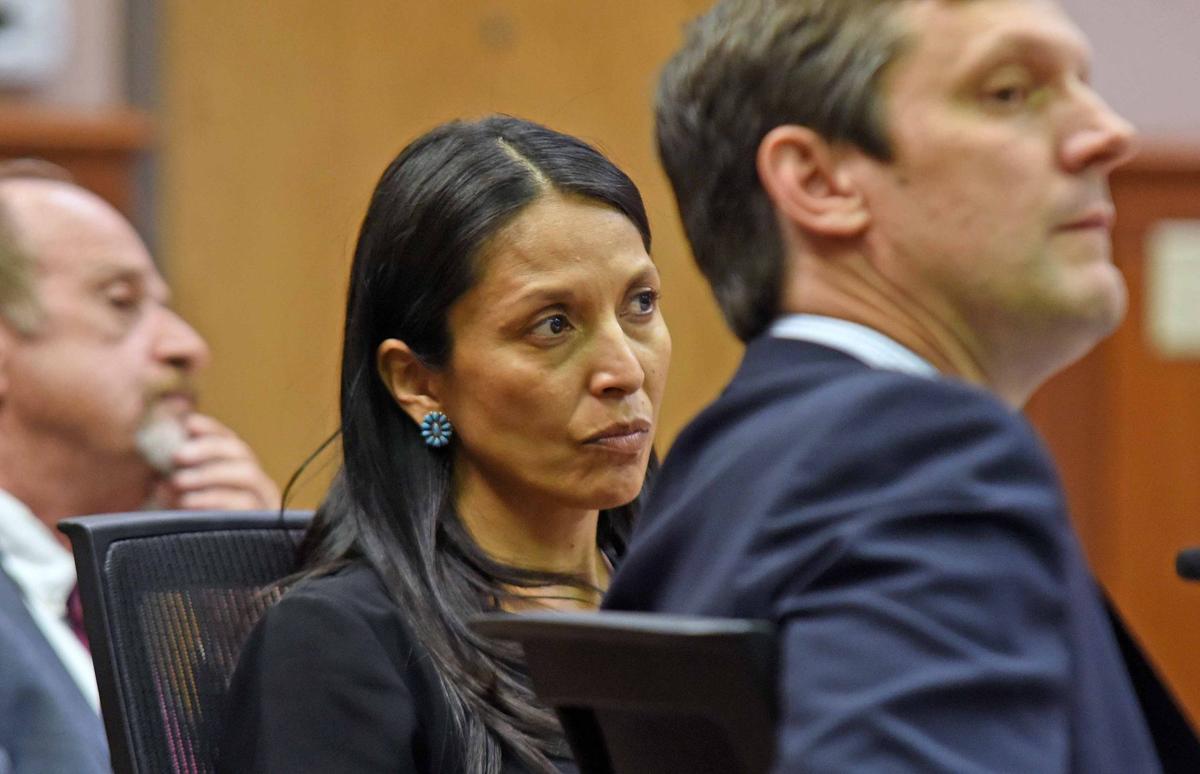 Journalist Jenni Monet, center, with attorneys Russell Myhre, left, and Edward Barnidge in the Morton County Courthouse in a trial related to the Dakota Access Pipeline protest in 2017. 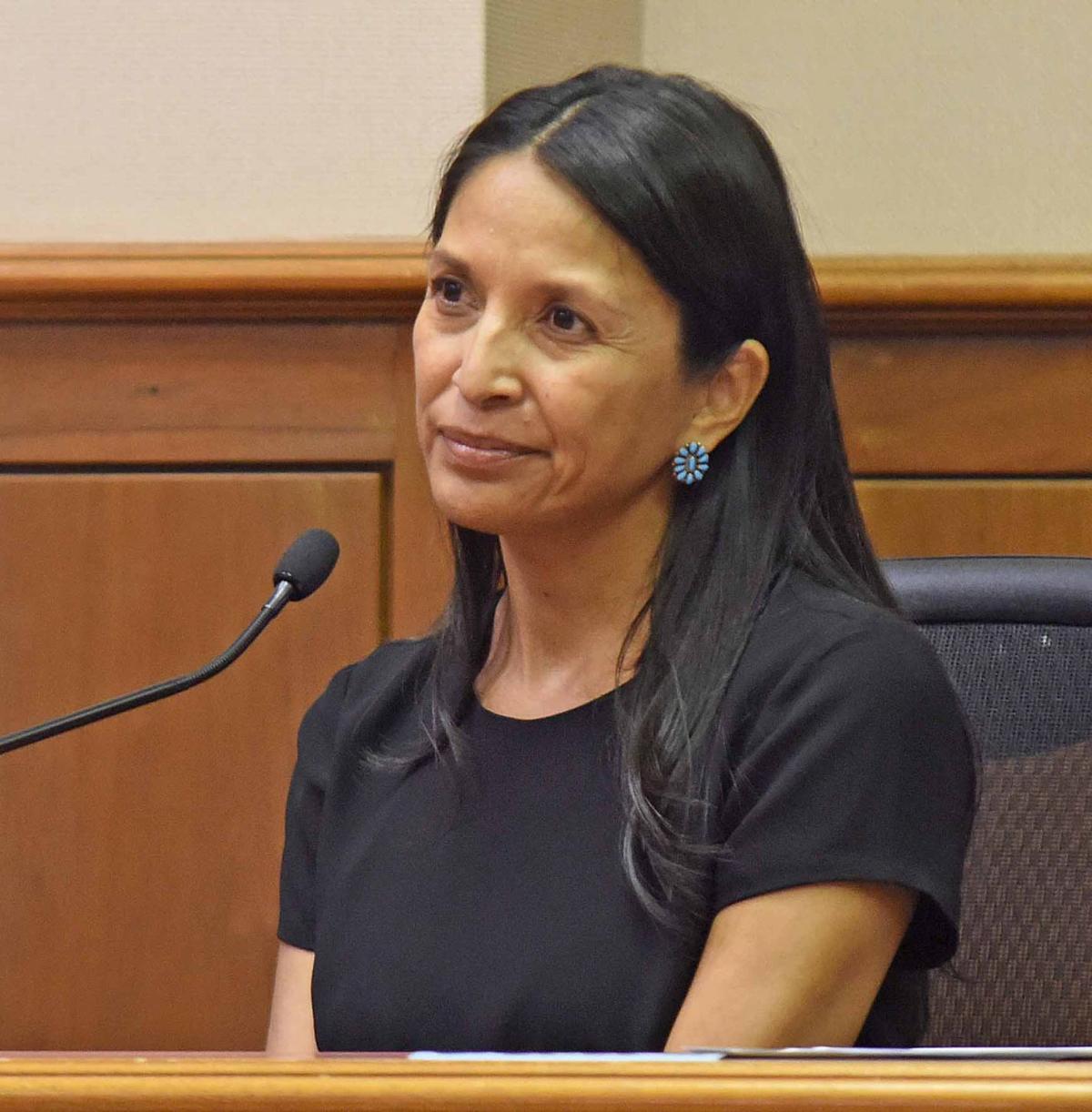 Journalist Jenni Monet testifies Friday in Morton County during a trial on a criminal trespassing charge stemming from the Dakota Access Pipeline protests. A judge found Monet not guilty.

A journalist arrested last year while covering the Dakota Access Pipeline protest was found not guilty Friday of criminal trespass after a daylong court trial.

“It’s a great day for journalism and for North Dakota in recognizing the essential role that reporters play in shaping our democracy,” Monet said after the trial. “Today the court upheld our constitutional right to press freedom which has never been more important than right now.”

Monet was one of 76 people arrested Feb. 1, 2017, in Morton County while she reported on police clearing a protest camp known as the Last Child Camp, according to testimony Friday. The camp along Highway 1806 was erected across from the main protest camp on property owned by the pipeline company, but participants in the protest claimed it as treaty land.

A Morton County prosecutor argued Monet was guilty of criminal trespass for remaining on the property after law enforcement ordered the group to leave and return to the main protest camp.

But defense attorney Edward Barnidge argued it was the state that treated Monet differently and gave her a different set of instructions than other participants.

Monet testified that Lt. Tom Iverson, public information officer for the North Dakota Highway Patrol, asked her and three or four others who said they were journalists for their press credentials.

Monet said she was the only one who displayed credentials, pulling up a Yes! Magazine press pass on her phone. Iverson is heard on Monet’s audio recording saying “OK, all right, now let’s move this way.”

Monet testified she took his order to mean she should stand behind police lines and she moved down the hill. She said she was the only credentialed journalist there and she believed Iverson had consented to allowing her to remain on site and report.

Iverson testified he believes he clearly communicated to Monet she needed to leave the private property.

During the trial, the court heard audio recorded by Monet that included sound of her footsteps in the snow walking away from the demonstration and her narration as she watched the mass arrests.

“I did my job. I stood back, observed and took notes,” testified Monet, later adding that her reporting provided an impartial account of what happened that day.

Monet said she was then approached by a different officer who told her to walk or go to jail. She testified she was leaving the demonstration when two other officers stopped her and she was arrested.

In explaining his not guilty verdict, Judge Schneider said he didn’t think prosecutors proved that Monet knowingly trespassed. He added that Iverson could have arrested Monet and he did not.

“I believe she thought she was licensed or privileged to be there,” Schneider said.

The officer who arrested Monet, former Beulah police officer Dustin Pekas, did not testify at the trial. Months after the protests, Pekas was charged with sexual assault and was convicted earlier this year.

Lingle objected any time defense attorneys mentioned Pekas, saying the officer’s criminal charges were not relevant and the state was not required to call the arresting officer as a witness.

Law enforcement officers testified that protesters erected teepees on property that had been purchased by Dakota Access and a “code red” had been issued that day, meaning all officers who live within 100 miles were called to respond.

Sgt. Dion Bitz with the Morton County Sheriff’s Office testified that officers’ goal was not to make arrests, but the protesters locked arms around a fire and would not follow orders to leave.

Bitz said the situation became a “tug of war” between officers and protesters, with some officers stepping in or near the fire as they made arrests.

“Everybody was locked arm in arm and we had to use a level of force just to break them from the group and get them in handcuffs,” Bitz testified.

The prosecution showed a video during the trial that showed officers in riot gear struggling with protesters, at times bringing them to the ground.

Monet also had been charged with engaging in a riot, but prosecutors moved to dismiss that charge last month.

“Acknowledging that journalism is not a crime but rather a vital exercise in shining a light where there’s darkness, especially in marginalized communities like Standing Rock, is vindication for the public’s right to know,” she said Friday.

The court trial also involved charges against another defendant, Julian Bear Runner, a member of the Oglala Sioux Tribe who is running for election to become tribal chairman of the Pine Ridge Reservation.

Schneider found Bear Runner guilty of criminal trespass and engaging in a riot, both misdemeanors. The judge ordered unsupervised probation with a deferred imposition, which means the convictions will not stay on his record if he completes the sentence.

In an interview with Monet that was played during the trial, Bear Runner said he had an obligation to protect water that his relatives depend on, and he talked about the land being treaty territory.

“It is private property, it belongs to the Oceti Sakowin, the Great Sioux Nation,” he said.

North Dakota Gov. Doug Burgum is asking residents to avoid “mask shaming” people who are wearing protective gear because of the coronavirus.

A Mandan motorcyclist taking part in a Memorial Day group ride suffered serious injuries when he rear-ended another bike on Memorial Bridge.

A 39-year-old man is in custody following a five-hour standoff in central Bismarck.

Journalist Jenni Monet, center, with attorneys Russell Myhre, left, and Edward Barnidge in the Morton County Courthouse in a trial related to the Dakota Access Pipeline protest in 2017.

Journalist Jenni Monet testifies Friday in Morton County during a trial on a criminal trespassing charge stemming from the Dakota Access Pipeline protests. A judge found Monet not guilty.