Attendees sported red, white and blue T-shirts, carried American flags and held signs with messages criticizing vaccine mandates and President Joe Biden at the "We the People" rally. The protest coincided with the start of the session during which lawmakers will in part debate bills that would ban vaccine mandates and critical race theory -- which centers on the idea that racism is systemic in the nation’s institutions and that they function to maintain the dominance of white people in society.

The event was organized by four Minot-area Republican district chairs. It featured speeches from some legislators and district party leaders, as well as a performance from the singer Blind Joe, a Fargo native who is promoting an anti-mandate song on social media. Conservative radio host Chris Berg was the emcee.

One rally organizer, Rep. Jeff Hoverson, R-Minot, couldn't attend because he has COVID-19 and is quarantining.

Rally organizer and Minot-area District 40 GOP Chairman Jay Lundeen said the rally's purpose was "simply to express that we the people feel like we're not being heard."

"We see that not with their lips, but with their pen and how they say yea or nay," Lundeen said. "And we're watching now, so we'll make sure we take care of business."

The rally had portable toilets and video screens. The Sons of Liberty group bused in about 50 people from Tioga in the western oil patch, according to Lundeen.

He said he and two other people whom he declined to identify paid for the rally costs. He wouldn't disclose the costs, and pointed out that organizers had little time for soliciting any donations.

"We stepped up as patriots and said, 'You know what, we'll fund it. It doesn't matter. It's too important,'" Lundeen said.

The rally wasn't funded by "a dollar from any national organization. We don't want it," he said.

Speakers said they opposed mandates for masks and vaccines and encouraged protesters to get involved in government. Berg detailed how he left his job as a television talk show host after his former employer instituted a COVID-19 vaccine mandate.

A federal appeals court on Saturday temporarily halted the Biden administration’s vaccine requirement for businesses with 100 or more workers. North Dakota is among numerous states that have sued over the mandate.

Hazen resident Stacie Hartman said she came to the rally to support the coal industry and oppose vaccine mandates. She said she would quit her job at a power plant if she's required to get the vaccine.

"If you have to get the shot, that's dictatorship, that's communism, and I'm so against that," she said. "America stands for freedom."

Tommy Luebbe, who came to the protest from Ray, said that he believes in vaccination but that the COVID-19 vaccine is too new to be mandated.

"It just doesn't feel right in my gut," he said. "When you feel something in your gut, you should trust it."

A bill that would ban critical race theory from being taught in public schools has overwhelmingly passed the North Dakota House. 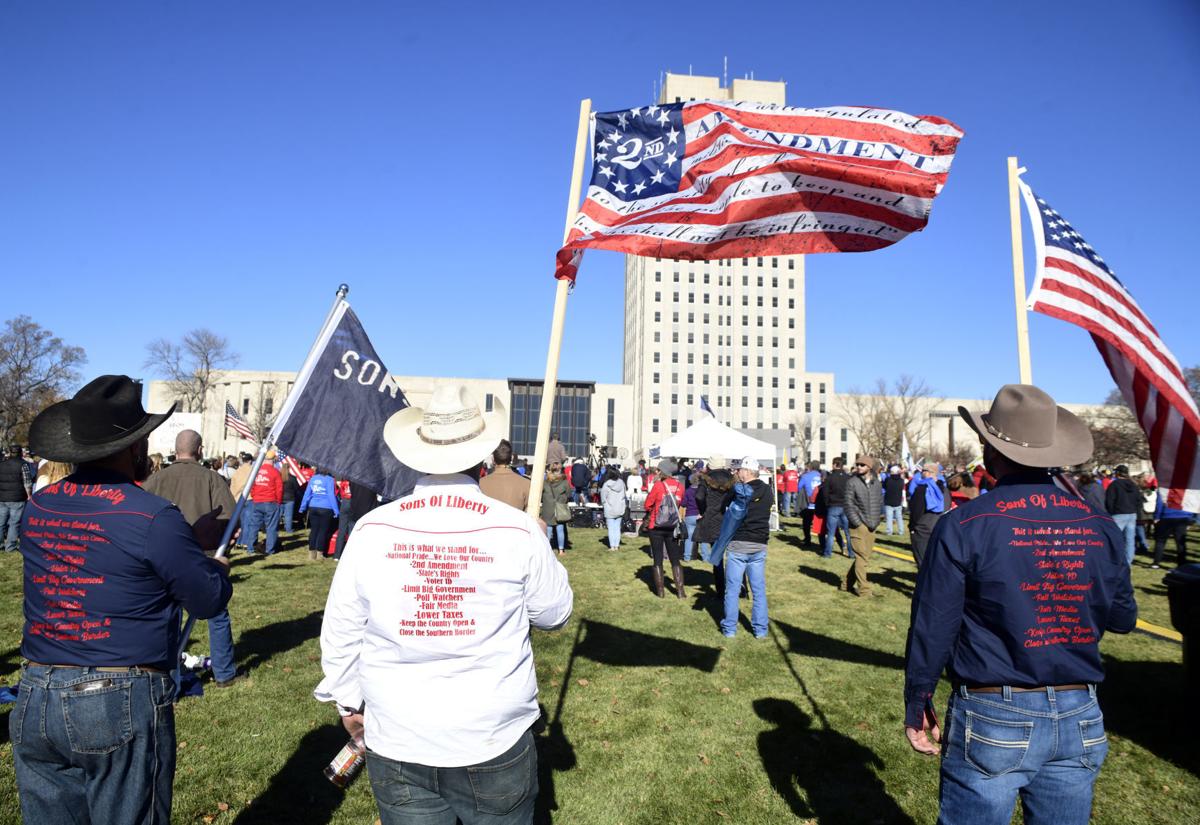 Three men from the Tioga area, who declined to be identified, attended a "We the People" rally at the Capitol in Bismarck on Monday as members of the state Legislature began a special session. Hundreds of people from across the state gathered to protest COVID-19 vaccine mandates and other issues. 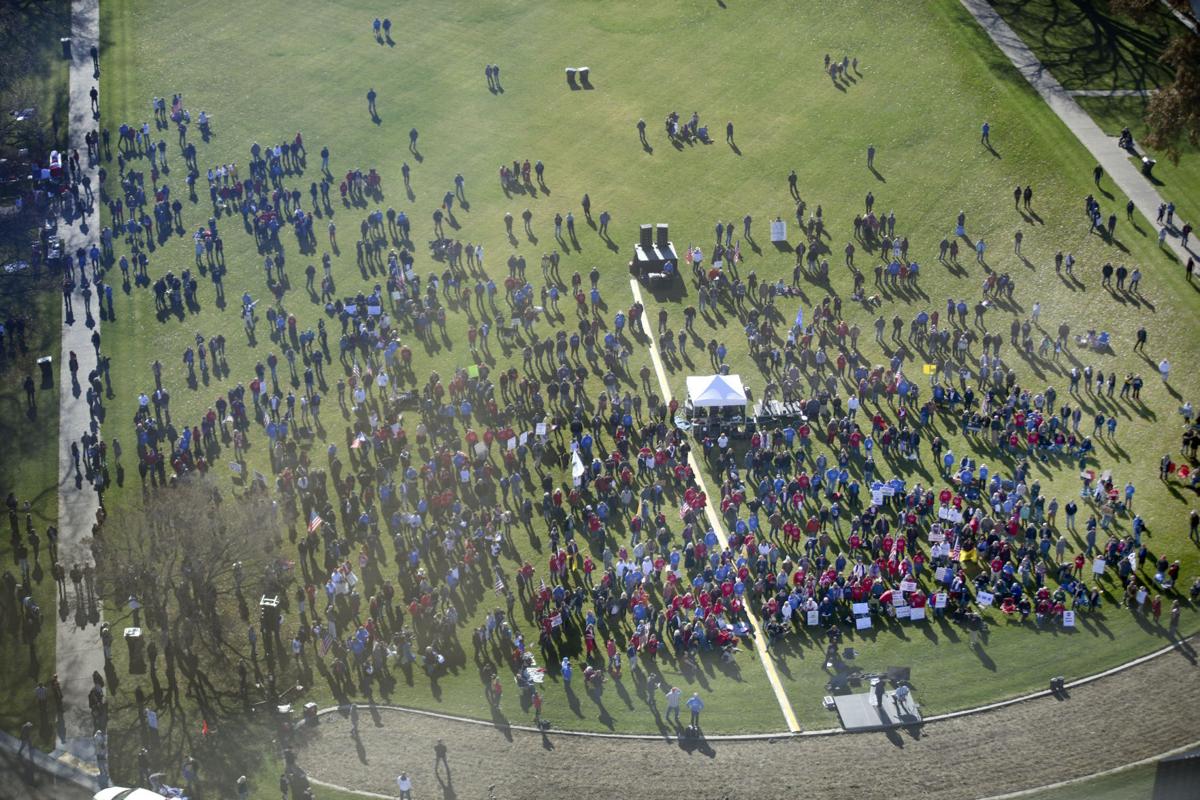 Hundreds of people attended the "We the People" rally on the state Capitol grounds in Bismarck on Monday as state legislators convened for a special session. The photo was taken from the 18th floor of the Capitol.